World's Largest Diamond at 1,190 Carats to be Auctioned by Sotheby's in London | SENATUS

HOME » Watches & Jewelry
World's Largest Diamond at 1,190 Carats to be Auctioned by Sotheby's in London

Lesedi la Rona, the largest gem-quality rough diamond discovered in more than 100 years, will be auctioned in London next month and is expected to sell for $70 million, international auction house Sotheby’s said on Wednesday. It was second only in size to the Cullinan Diamond, which was discovered in 1905 in South Africa and weighed more than 3,000 carats. The Cullinan Diamond was later cut into several smaller stones.

Ahead of the auction on 29 June, the 1,190-carat diamond, its name in Botswana’s Tswana language translates as “Our Light,” was on display at Sotheby’s New York headquarters.

Unearthed in Botswana in November 2015 by Canadian mining company Lucara Diamond Corp., the gigantic gem is about the size of a tennis ball and is believed to be between 2.5 billion to more than three billion years old. 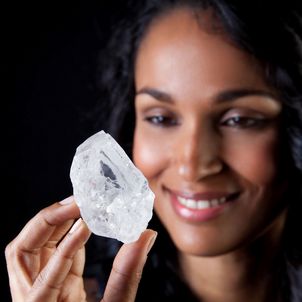 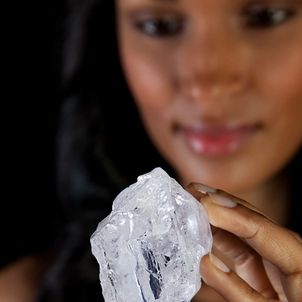 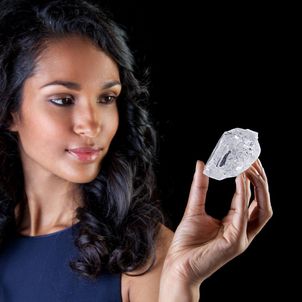