Montreal model and artist Rick Genest, also known as Zombie Boy, has died, according to police sources who have classified his death as suicide. Genest was 32 at the time.

Genest was known for the tattoos on his body from head to toe, including images of a skull and brain on his head. He holds a Guinness World Record for most insect tattoos (176) and another for most human bone tattoos (139).

His body-art attracted fashion designers and he modelled at high-end shows in Paris and Berlin. In 2011, he appeared in Lady Gaga's music video for the song Born This Way. 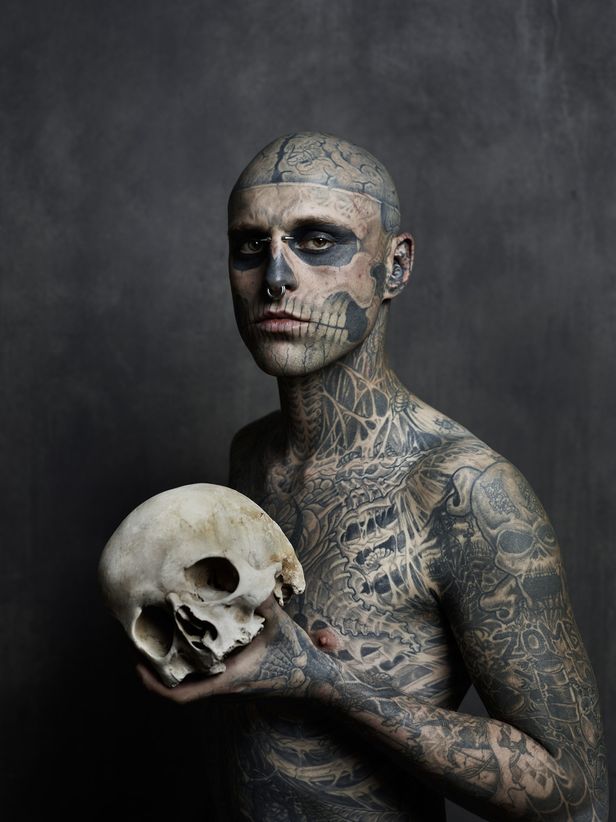