Will Smith has landed his first major fashion campaign for Moncler, entitled 'Genius Is Born Crazy'. The brand has posted a series of video clips to Instagram Stories, in which Smith discusses the concept of ‘genius’ and confesses that one of his own secret talents is being able to catch a grape from 100 yards. "You could shoot it out of a gun and I would catch it in my mouth," he jokes.

"As an actor, producer and musician, Will’s creative vision and commitment are a testament to the fact that #GENIUSISBORNCRAZY," Moncler announced, posting an image of the star appearing to levitate under a lightbulb. 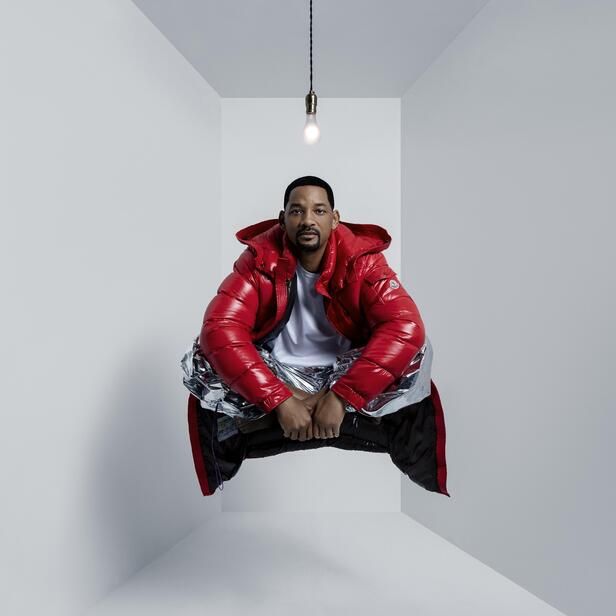