“Following the deconstruction we made on the original Quantum Perpetual from Frederique Constant we saw that the intrinsic horological interest of the watch was hidden by the dial and our wish was to open up the dial in order to place in value the mechanical elements of the QP mechanism. “ Peter Speake

“As The Naked Watchmaker developed, the question of having a “TNW Watch” came to be, however as been welcomed by the vast majority of the watchmaking houses, the dilemma arose that by making a company watch, it would place the site in direct competition. The Naked Watchmaker is not a watch manufacturer and it was important to retain the difference. Having a TNW, timepiece would not be possible without risking losing the confidence of the industry, so the idea was laid to rest. However the passion to explore that idea came about again, at the moment of the Frederique Constant deconstruction of the Slimline Perpetual Calendar Manufacture was the focus of article, the idea of approaching Frederique Constant with the project of a collaboration was the lightbulb moment, with the help of Frederique Constant, we could achieve a physical realization of the concept of revealing the technical from within, whilst giving it a TNW touch… “ Daniela Marin

Modifications by Speake and Marin

– 3D Dimensionality: the dial has been cut away to be able to emphasize the different elements of the Perpetual Calendar Mechanism.

– The Day and Date sub-dials and hands are much larger than the original Frederique Constant dials, giving greater visibility.

– The Moon phase was altered to be an animation reflecting the movement of time and shows the two moons when one is usually hidden. This created with the SLN moons gives a visually captivating and different use of the moon disk.

– The Months indications are altered to optimise their visibility. The year hand was removed and a colour indication has been placed between January and March.

– Leap year indication so as to avoid the months indication being obstructed, the years are shown through an opening at February, each year is a different colour and the leap year is red.

– The Hands: were designed to be easily seen but not to block the visibility of the mechanics of the Perpetual Calendar and thus the reason for the cut outs and the wide design.

– Luminova: The use of luminova allows for reading the time at night but in particular accentuates the moons animation at night.

– Bridge colours: Blue provides a strong contrast with the steel and gold coloured components accentuating the mechanics. The blue color traditionally holds a special place in the world of horology and we see historically blued hands and screws, it is a nod to the history of fine watchmaking. 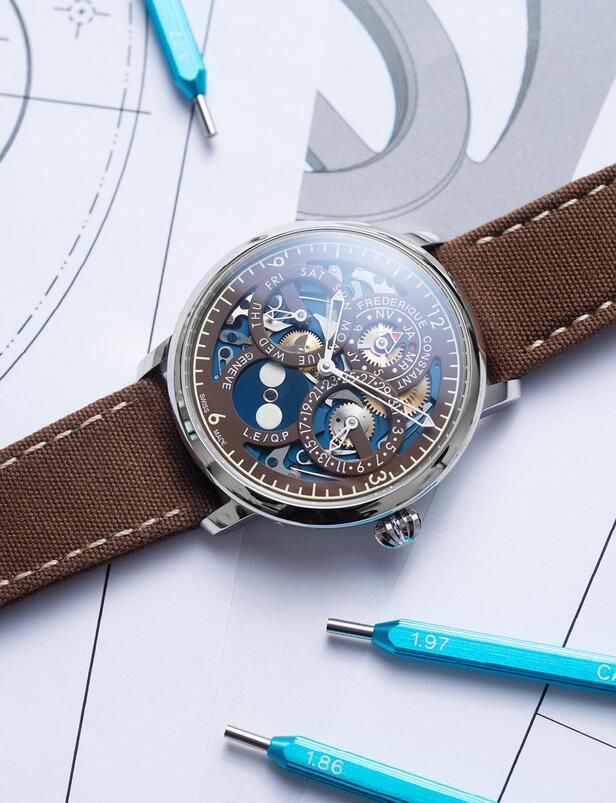 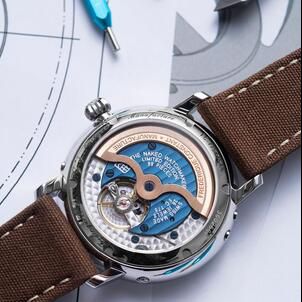 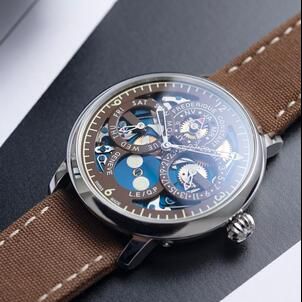 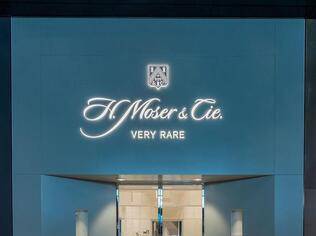 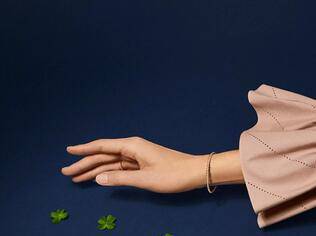 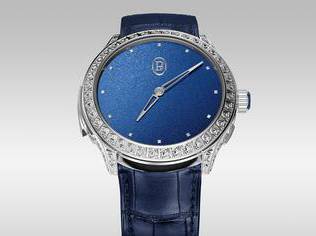