With Divas’ Dream, Bulgari celebrates the Roman art of living, vibrant with colour and emotion. The joyful and playful Dolce Vita spirit shines through their precious and extrovert opulence. In the 1950s, the Maison highlighted the cabochon cut and the audacious association of brightly coloured stones. A rainbow of gems blossomed in the designs, stating that “Time is a Jewel” for Bulgari.

The craftsmen drew inspiration from the golden age of Rome and the fan shape of the ginkgo leaf, depicted in the mosaics on the floor gracing Rome’s Baths of Caracalla. The art of jewellery and the art of watchmaking are united around this motif, an iconic aesthetic signature and a pretext for exuberant creativity. As shimmering as ever, the Dolce Vita of the Divas’ Dream is second nature to Bulgari, the “Master of Colours”.

Bulgari jewellery from the 1980s to the 1990s, such as brooches and necklaces, demonstrated an uncommon command of the craft. Beneath its aura of exuberance and playfulness, the Maison combined various shapes and shades in well-designed proportions and sizes. Later, in 1991, the House continued to manifest its virtuosity in creating sophisticated gem-set motifs, such as those adorning the Naturalia fish earrings. The same mastery in shaping gems to define the design continues with the new Divas’ Dream creations.

Two precious new Divas’ Dream Mosaica models express the full extent of Bulgari’s jewellery and watchmaking expertise. On the full-set dial, a fan-shaped pattern recalls the mosaics adorning the Baths of Caracalla, with a subtle sapphire gradient ranging from pale pink to magenta for the first rose gold version and from sky blue to deep azure for the second white gold iteration. A polished gold decorative fillet rims this design, against a background of brilliant-cut diamonds. Vividly coloured gems light up the hours on the bezel and crown set with cabochon-cut diamonds – a Bulgari signature.

The Divas’ Dream Mosaica in rose gold embraces the wrist with a purple alligator leather strap fitted with a sparkling gold and diamond folding clasp. The design of the bracelet’s gemset lugs echoes the dial motifs. The Divas’ Dream Mosaica with blue sapphires is paired with a spectacular bracelet created by Bulgari’s goldsmiths. Like so many glittering stars, each of the fan-shaped links sparkles with a profusion of diamonds. The transparent caseback reveals a finely decorated mechanical self-winding movement from the Bulgari watch Manufacture in Switzerland. These precious jewel-watches recall the origins of the Maison: Roman, of course, but also as a jeweller and watchmaker, a true “Roman Jeweller of Time”. 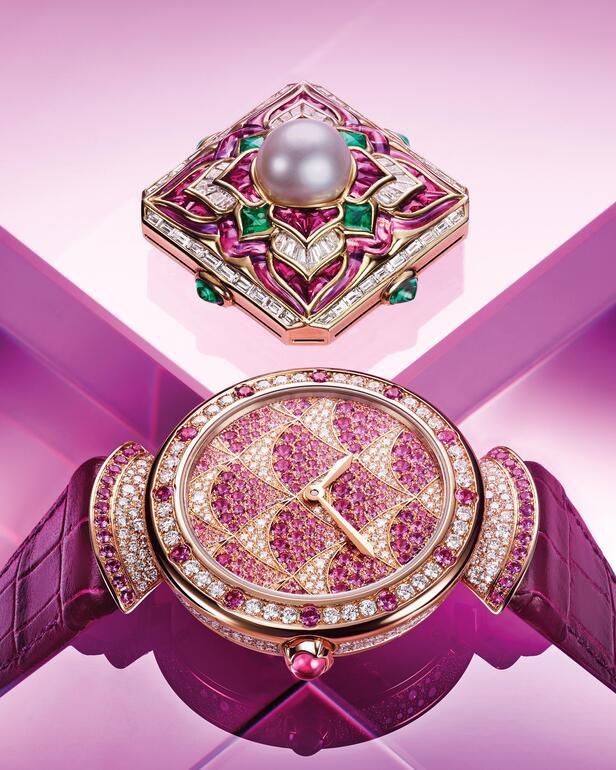 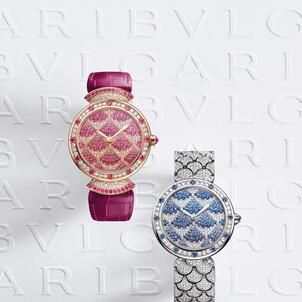 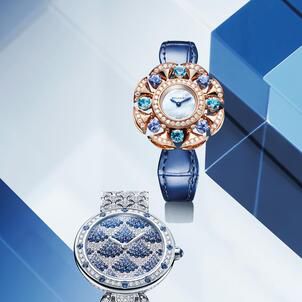 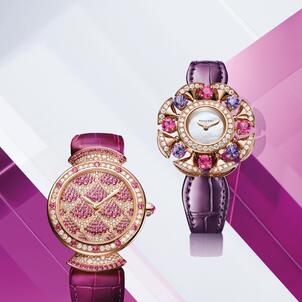 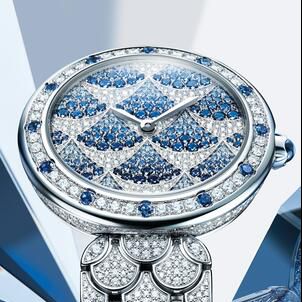 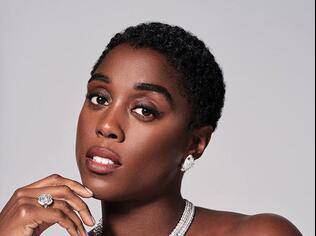