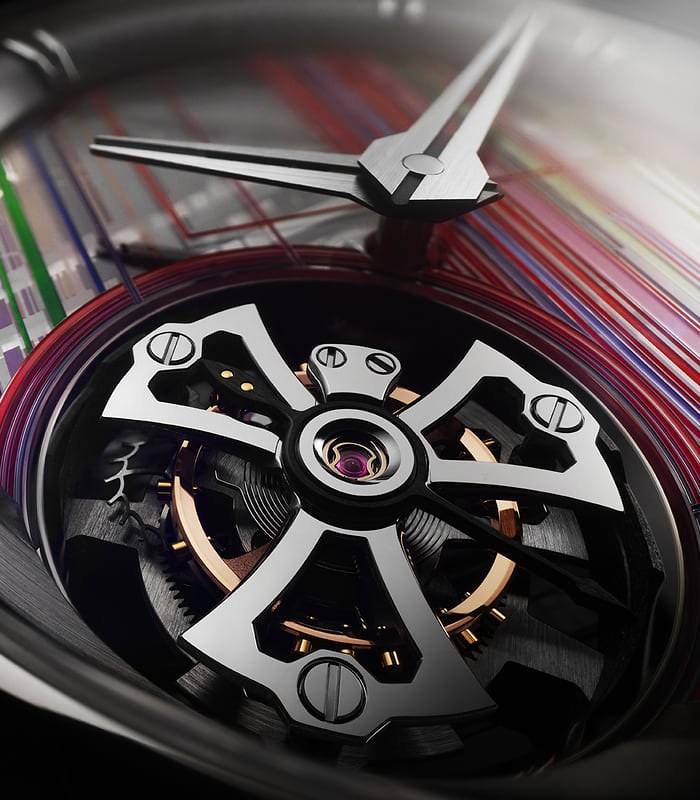 On its dial, the composition of colourful lines have been engraved and manually filled via an extremely meticulous process. Some lines are filled with UV paint, others – like the logos – are filled with superluminova, so they glow in the dark. 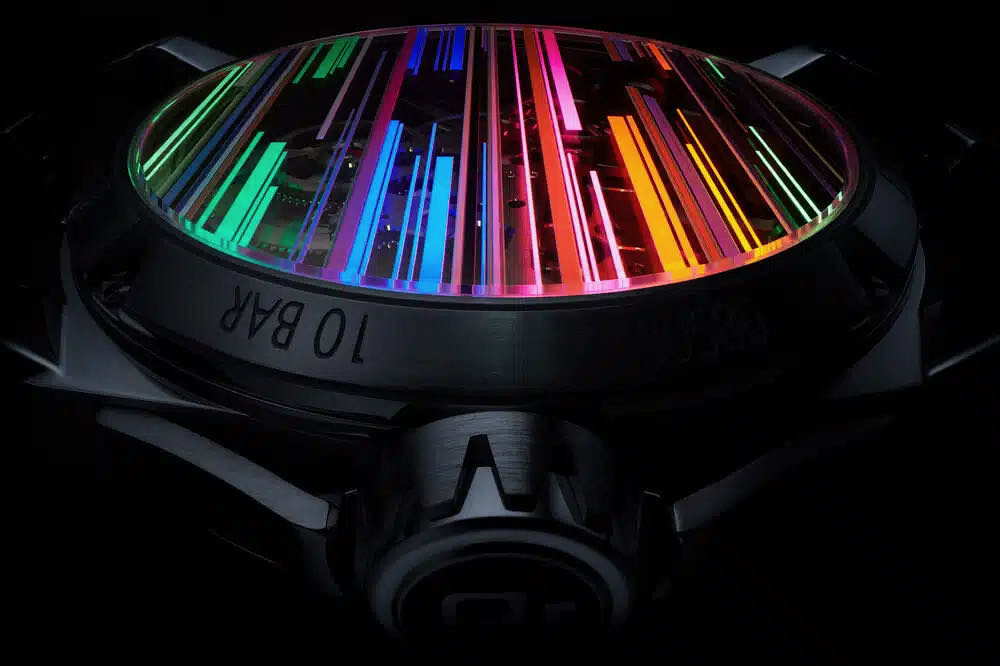 Powered by the RD512SQ calibre, this is a hyper-performing masterpiece limited to just 8 pieces and sealed with the Poinçon de Genève. 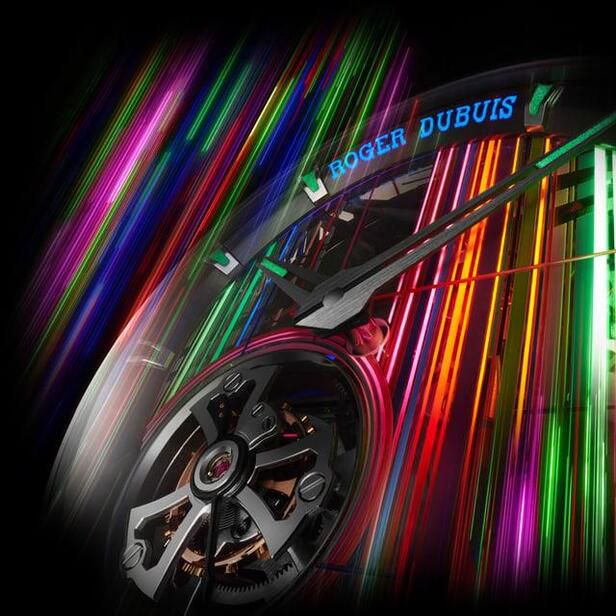 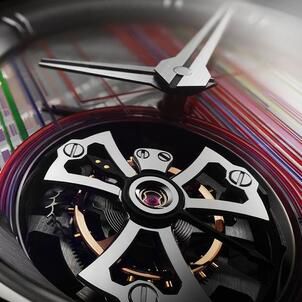 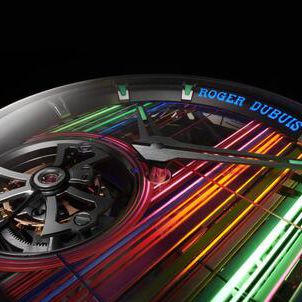 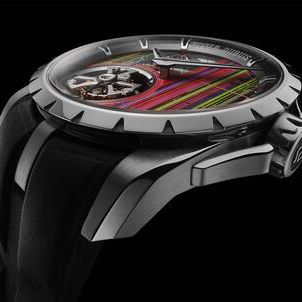 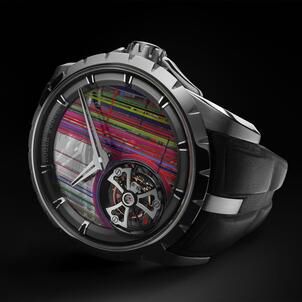