With the debut of the all-new 718 Cayman, Porsche Centre Singapore completes its family of two-door mid-engined sports cars.

Launched in Singapore last week with the attendance of Angelique Kerber, Porsche brand ambassador and World Number One in professional women's tennis, the all-new 718 Cayman also has a winning pedigree, named after the Porsche 718 race car, an iconic champion that delivered countless podium finishes in the 1960s.

The Porsche 718 model series is a continuation of the proven four-cylinder concept and the history of distinguished Porsche race cars. 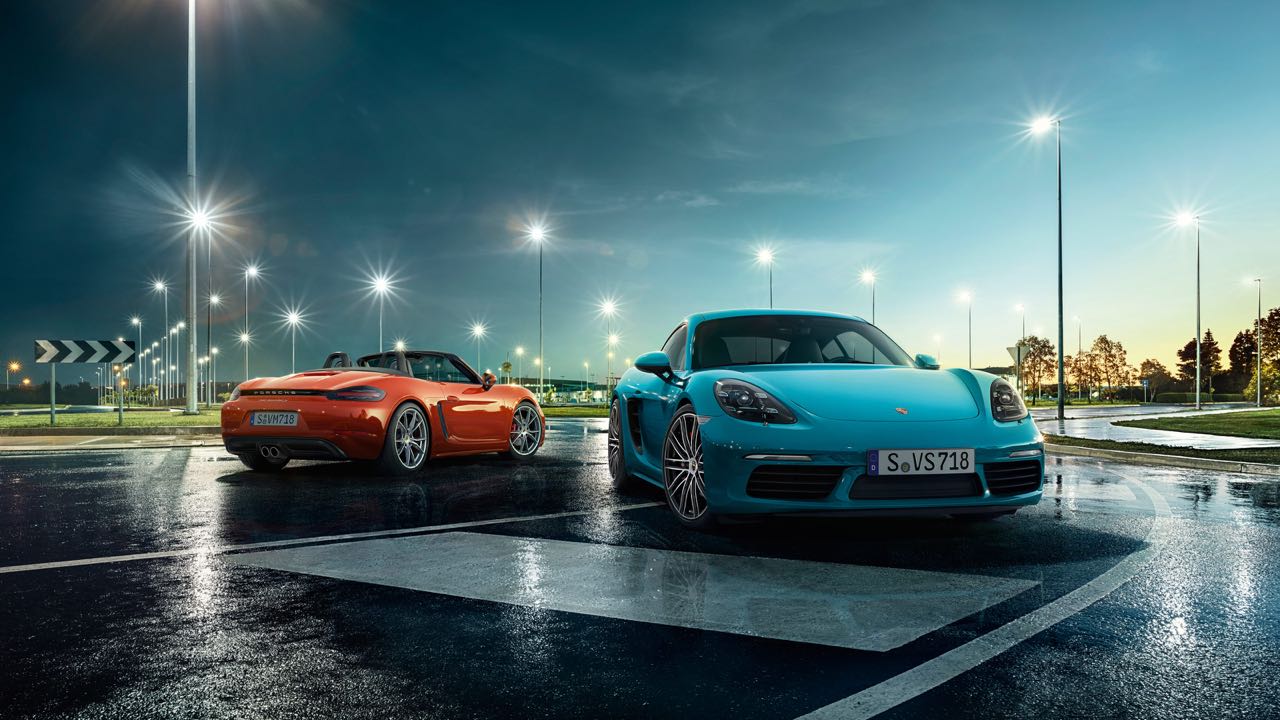 Within this new model series, the also recently-launched 718 Boxster roadster three months ago and the 718 Cayman coupé are very much alike both from a technical and visual standpoint.

For the first time ever, the two models have the same engine power levels — both are equipped with newly-developed four-cylinder flat engines with turbocharging, resulting in more power output combined with better fuel economy. 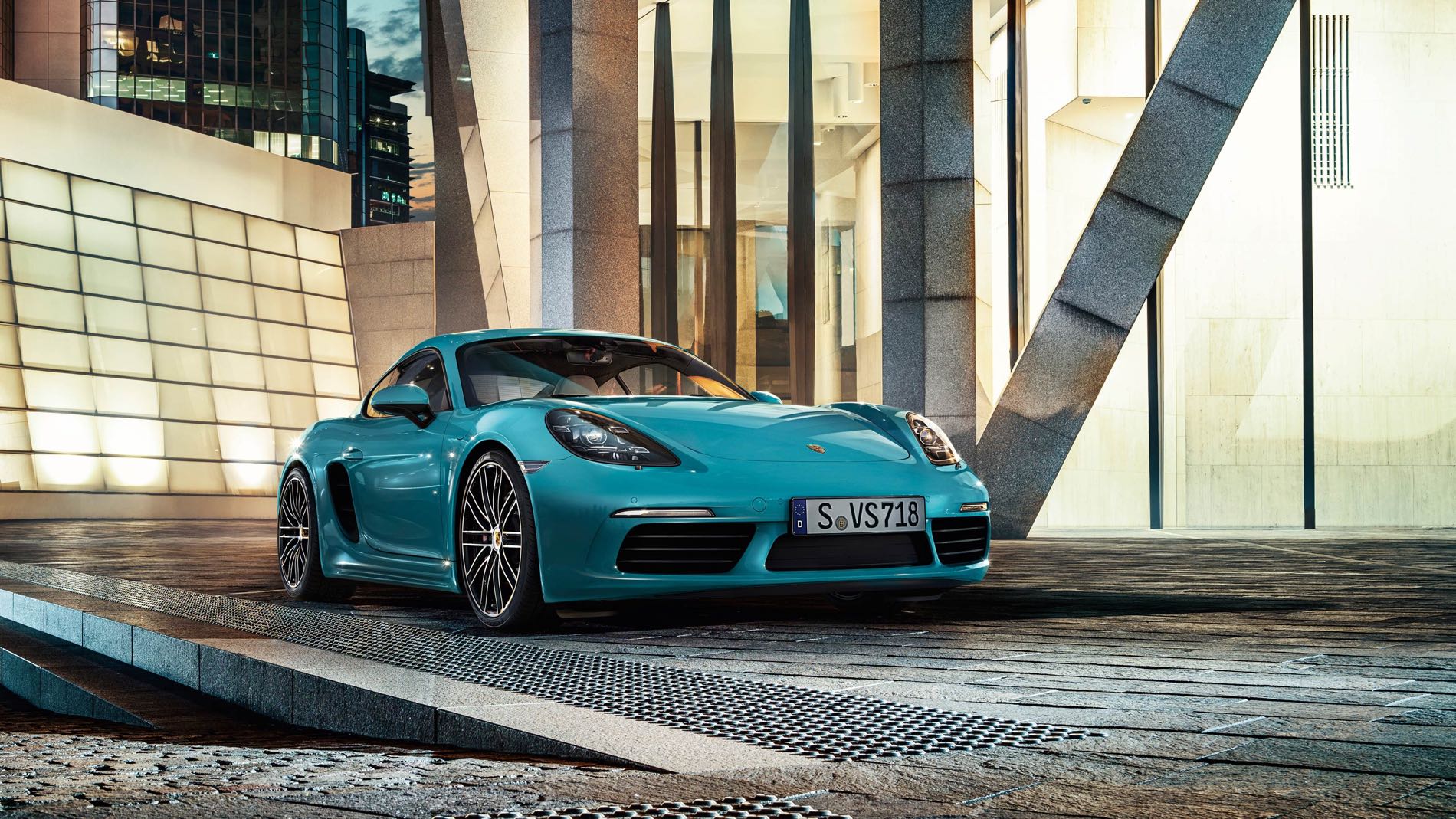 With the introduction of the turbocharged four-cylinder flat engine, the 718 Cayman with PDK gear- box and Sport Chrono Package accelerates from zero to 100 km/h in 4.7 seconds. A 718 Cayman S with comparable equipment completes this sprint in 4.2 seconds. The top speed of the 718 Cayman is 275 km/h, and the 718 Cayman S can reach a speed of 285 km/h.

Driving control is maintained via a new sports steering wheel, derived from the flagship 918 Spyder model, another nod to motorsport in its purest form. 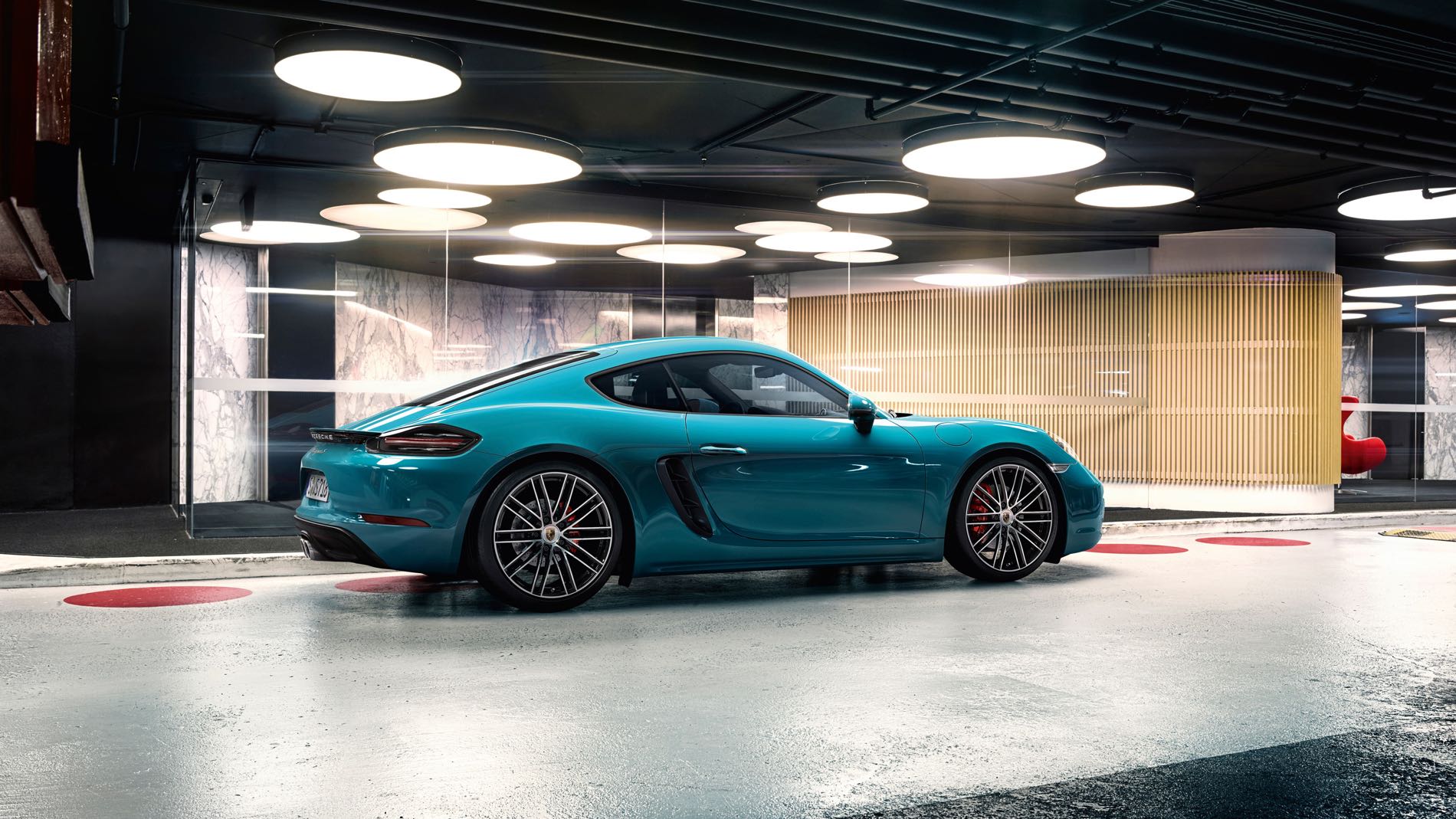 Low, wide, and sleek, the exterior design of the all-new 718 Cayman features distinctive edges and clearly-defined formal contours as well as sporty details like the new exterior mirrors with a V-shaped mirror base.

The prominent air intakes at the front and sides as well as its low side profile boost its aerodynamic profile. With a front end that features a much more sculptural form, the vehicle takes on a wider and more masculine appearance.

Rounding off the front end are the Bi-Xenon headlights in their new design with integrated LED daytime running lights.

On the side, the wings and side sills exude a powerful silhouette. The contouring on the doors directs headwind into the large air intakes on either side of the car, providing the optimum supply of air to the new turbocharged engines and form the basis for their powerful forward thrust. 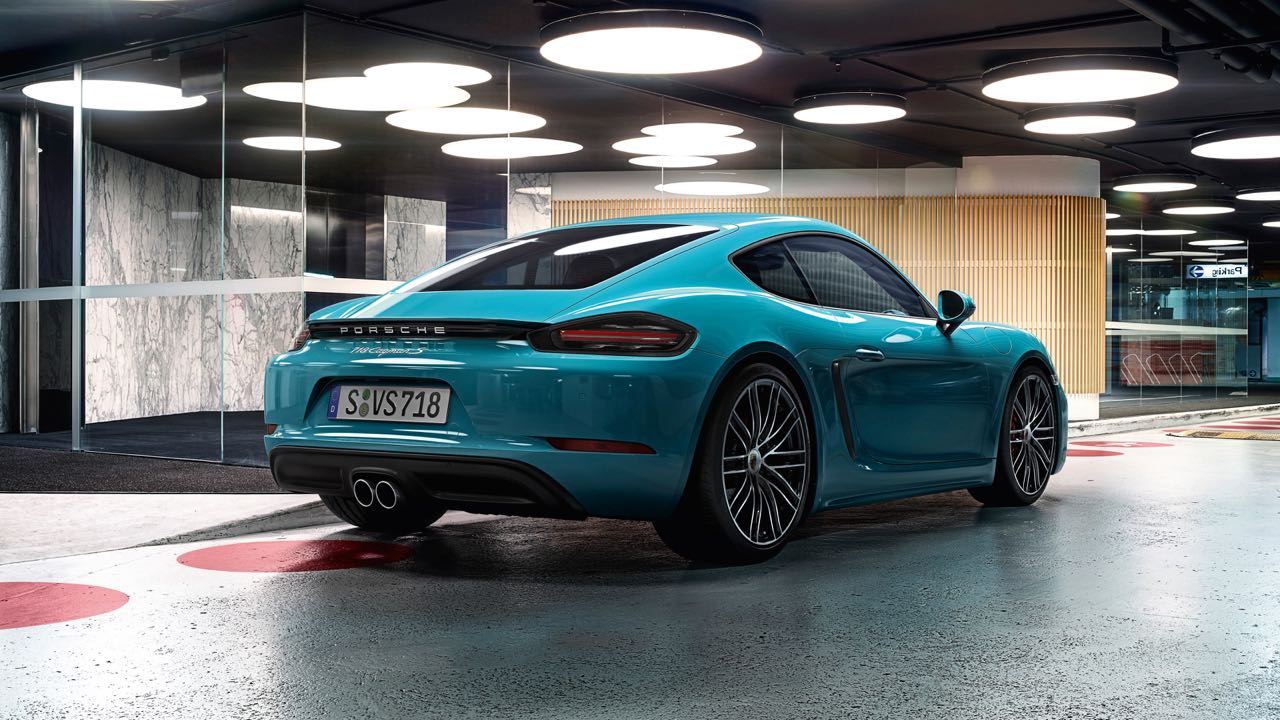 More cleanly-defined and pared back, the rear of the all-new 718 Cayman sees a new accent strip in high-gloss black, and along with the lower profile of the rear wings, emphasizes the horizontal width of this mid-engined sports car.

The rear wing extends automatically at a speed of 120km/h, reducing lift to provide even better roadholding performance. 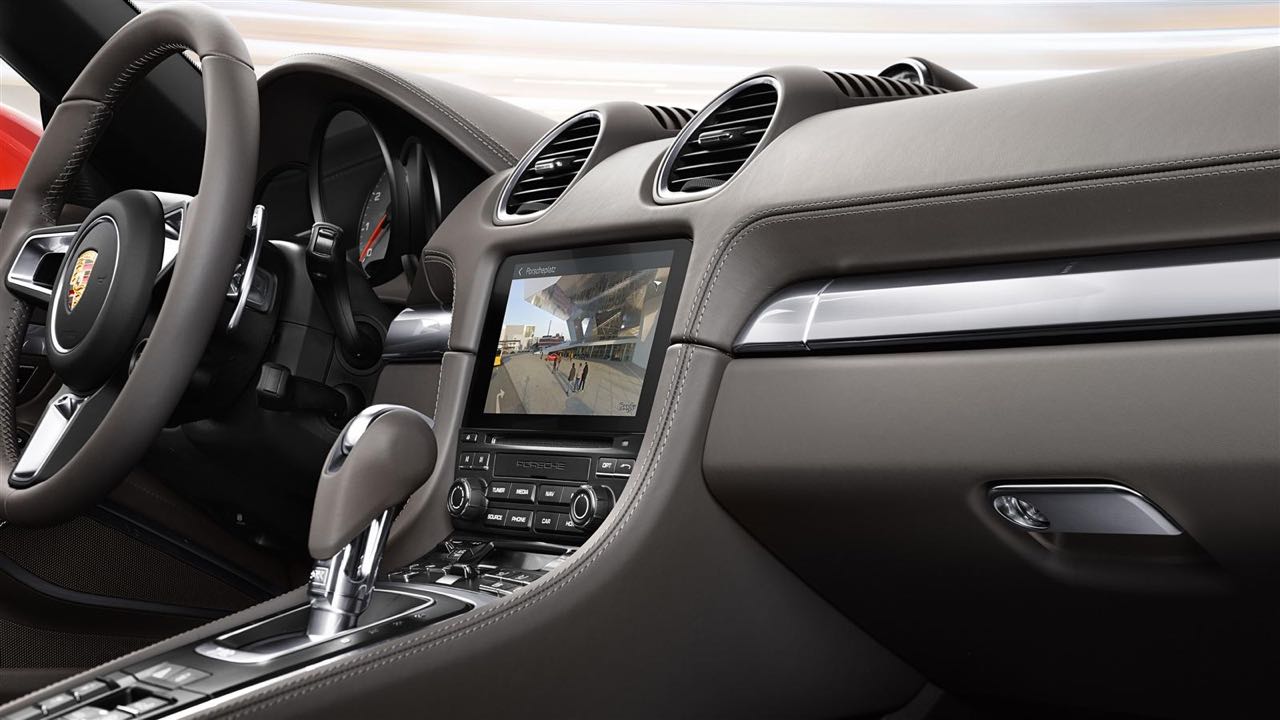 Similarly, the interior is also designed and fully-geared for sporty performance, with a newly-designed instrument panel and dashboard that redefine the cockpit in addition to a host of other upgraded elements. 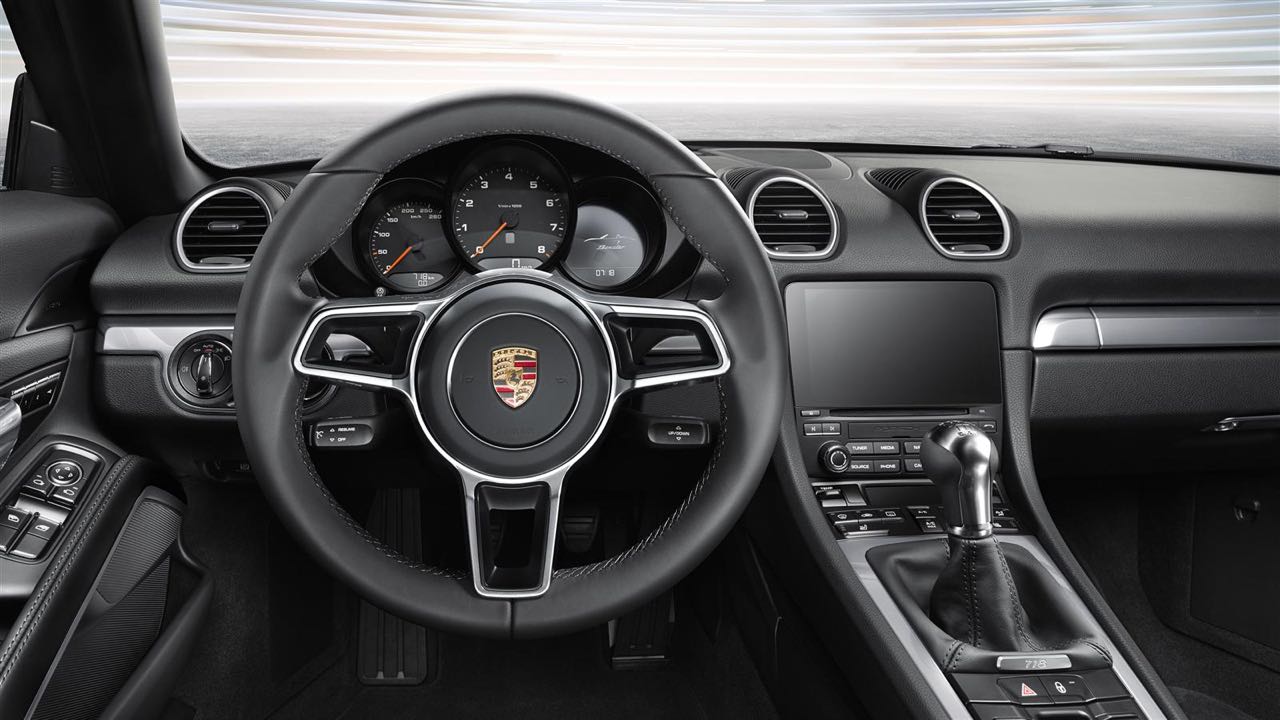 The latest generation Porsche Communication Management (PCM) with a 7-inch multi-touchscreen is now included as standard, offering a variety of options for individualisation, including optional Connect, Navigation, and Connect Plus modules. The Connect module, for example, comprises a smartphone storage compartment for wireless connection of the smartphone to the car’s exterior antenna, an iPod-capable USB port on the centre console, and Apple CarPlay including voice control. 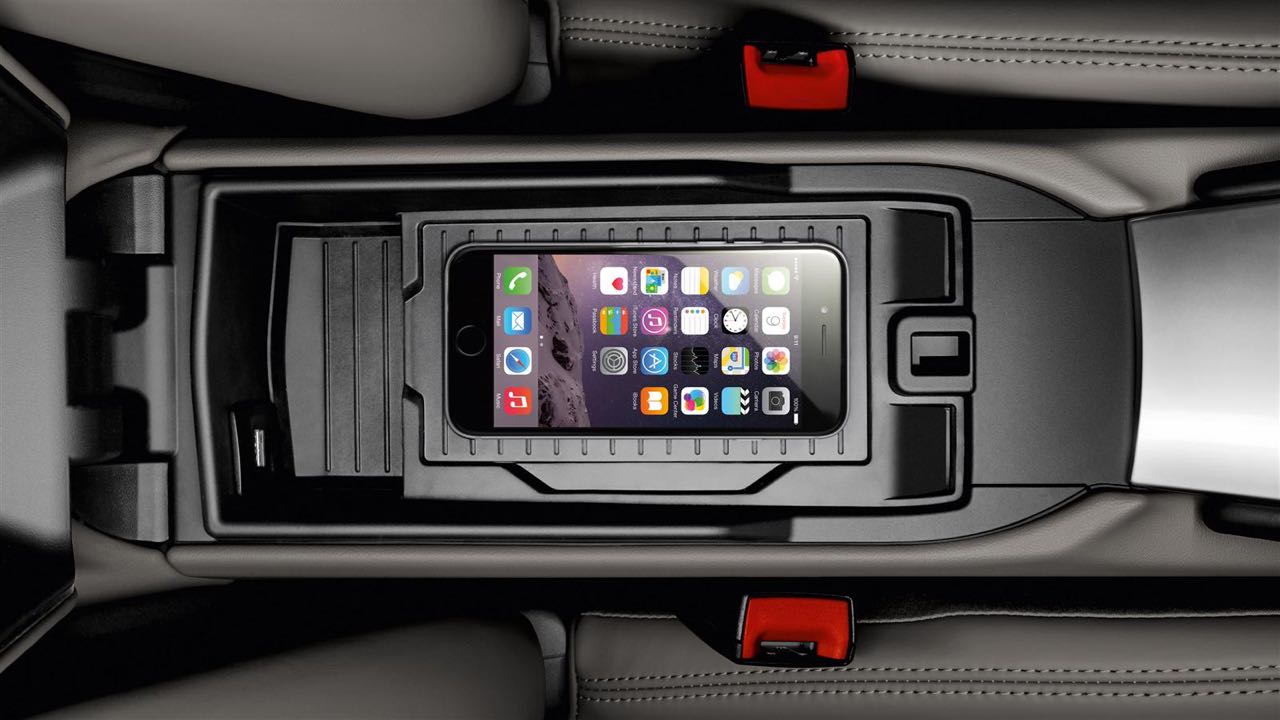 "Every legend has its beginning, and this particular one was born as the Porsche 718 back in 1953. The original Porsche 718 was built with a simple but daring plan in mind – to win on the racetrack. And it did so with confidence as it claimed racing victories everywhere by the mid 1960s, from the Targa Florio to Le Mans," explains said Martin Limpert, Managing Director of Porsche Asia Pacific.

The legend is now back. The 718 Cayman expands the range of the 718 mid-engine sports car series, carrying on the fighting spirit of the original Porsche 718 with inspired pride and fierce conviction." 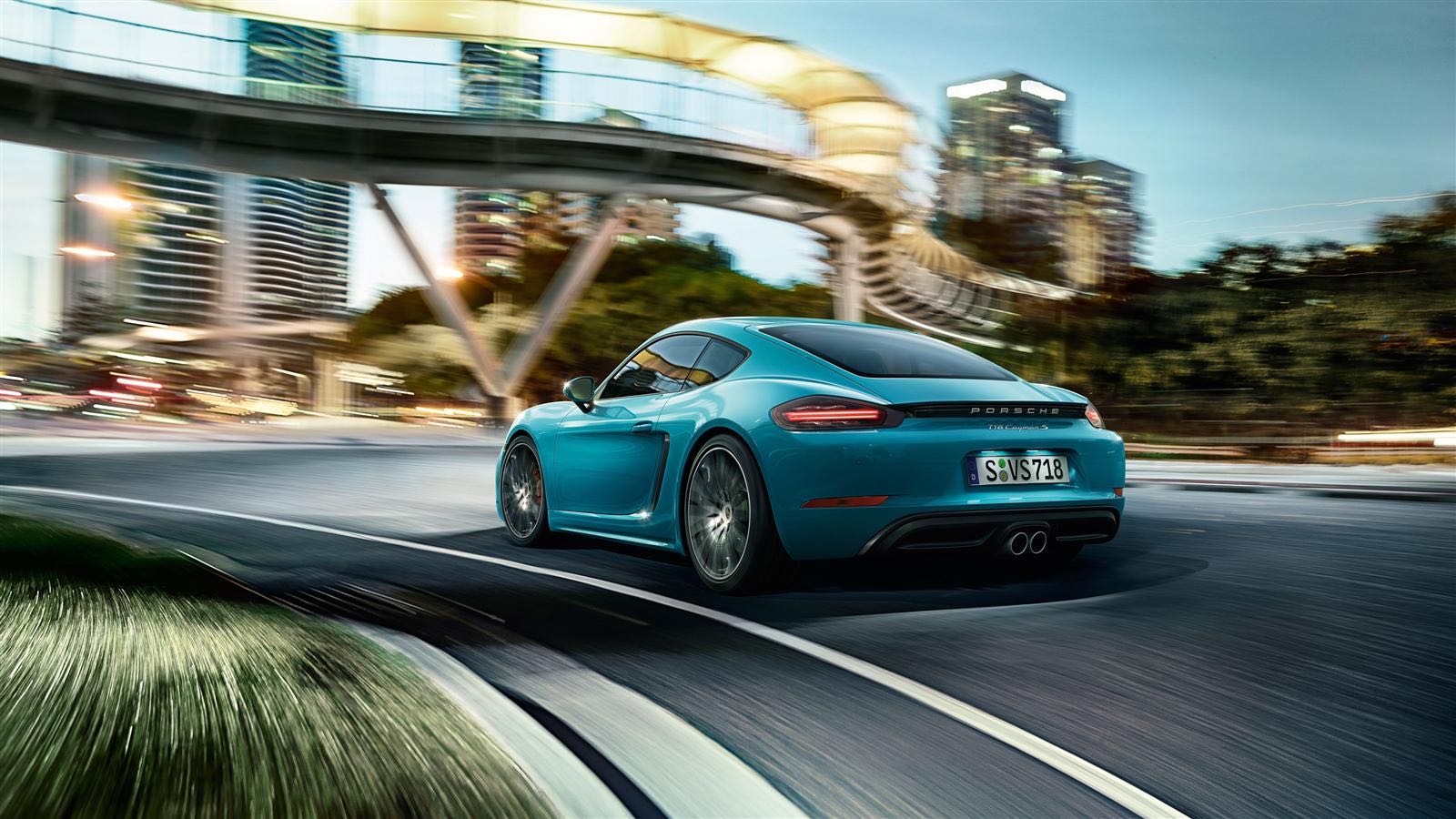