Speed has always been a key source of inspiration for Bell & Ross. Since it was founded, the watch brand has also demonstrated a passion for the very latest technology. These factors constantly push the brand to excel, and to develop highly complex mechanisms for its watches.

In 2014, Bell & Ross developed the B-Rocket, a retro-futuristic concept motorcycle, streamlined like a jet plane. This two-wheeled wonder pays tribute to the very finest experimental aircrafts produced by the US aviation industry in the fifties and sixties.

In 2016, the brand took the same approach with the Aero GT. The watchmaker created an avant-garde aircraft-inspired supercar, with astonishing performances.

In 2017, Bell & Ross created its own retro-influenced Bellytanker racecar, with missile-like aerodynamics. Originating in the 40s and 50s, the term «Bellytank» initially referred to the emergency drop tank fitted in the belly of fighter planes. «Bellytanker» is now mainly used for the high-speed race cars manufactured directly from these spare tanks. The Bellytanker is best known for taking part in speed trials on the huge salt lake flats of the North American West.

The Bell & Ross Bellytanker combined both aeronautical influences and numerous nods to the watchmaking world. So, the metal of its bodywork is like the case of a watch. The glass covering its cockpit echoes an ultra-curved crystal. The copper-cultured trim evokes the dials of timepieces from this era. Its tail fin, designed to stabilize the vehicle, is a reference to the aviation codes, as is the matte black of its "nose", a colour that was used on certain stealth fighters to avoid reflections.

In 2016, the brand took the same approach with the Aero GT. The watchmaker created an avant-garde aircraft-inspired supercar, with astonishing performances.

That year, Bell & Ross launched two timepieces in the complementing Bellytanker collection, one of which was the BR V2-94, which was a chronograph with vintage throwback design references. The black 30-minute counter at 9 o’clock and central 60-second counter give it a characteristic «Panda» look, when contrasted against the gold dial. The date sits between 4 and 5 o'clock. 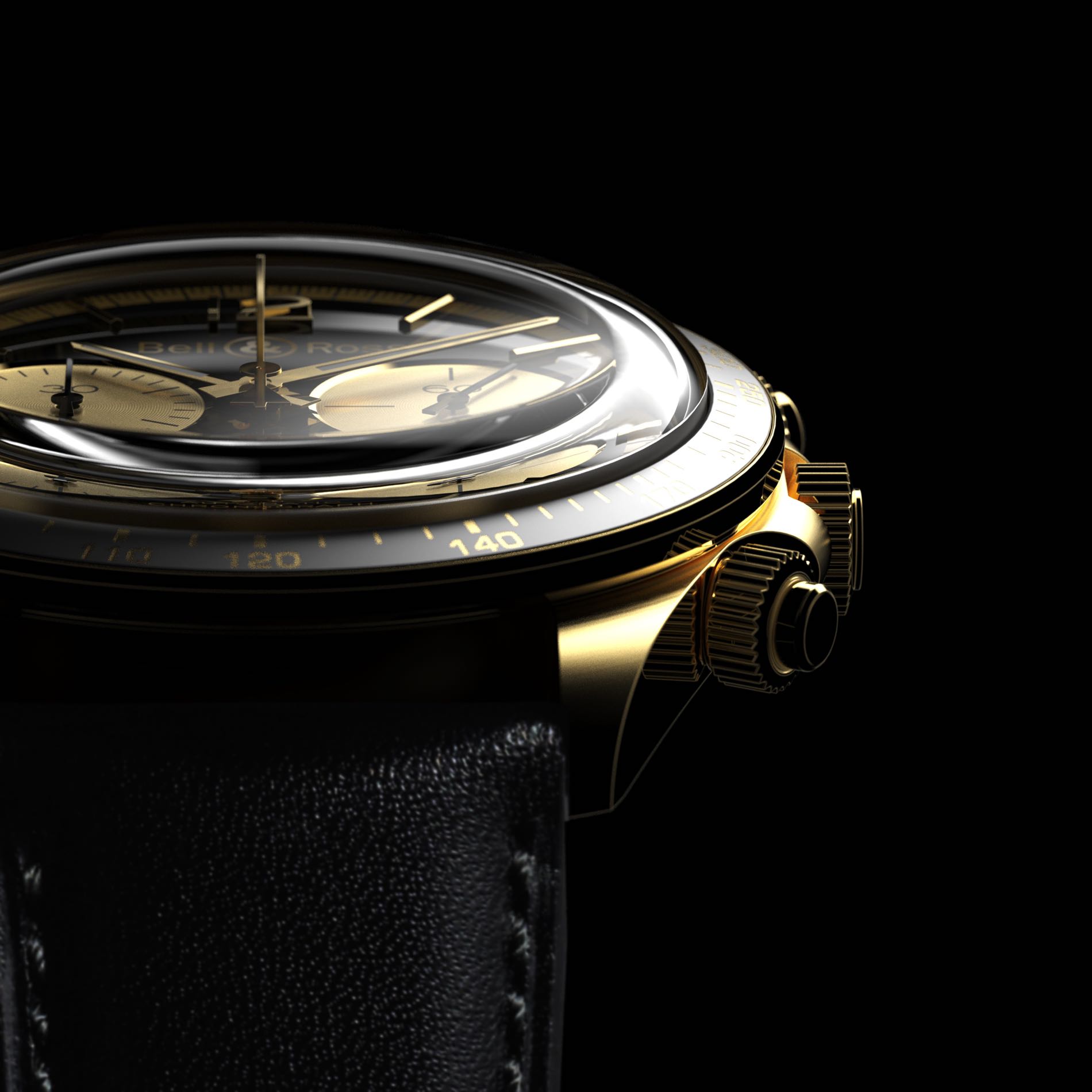 Metal applique numerals and indices feature on the dial, with metal skeleton Super-LumiNova®-filled hour and minute hands filled with Superluminova, so that they remain visible at night. The aircraft-shaped counterweight on the second's hand is a Bell & Ross stylistic signature. 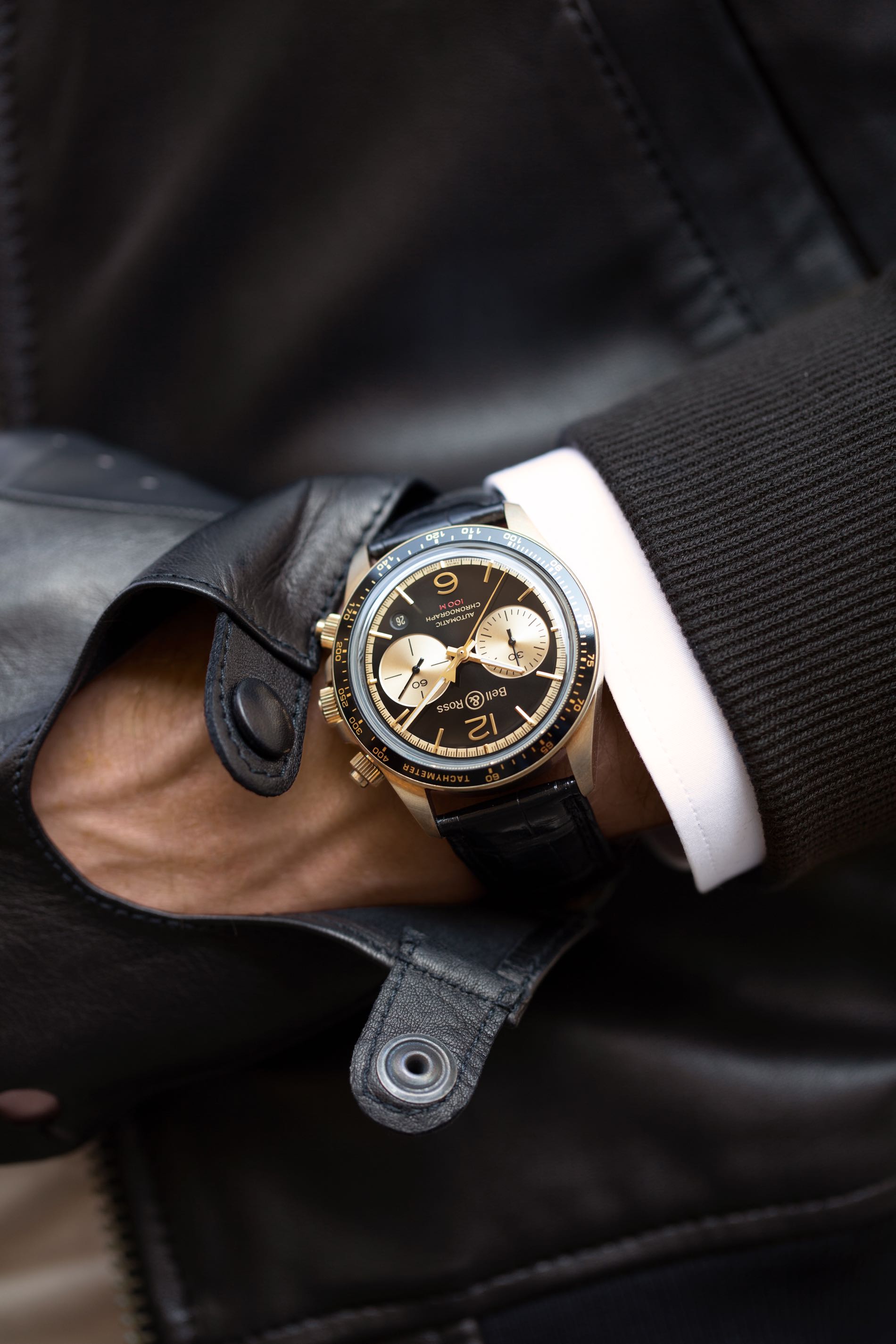 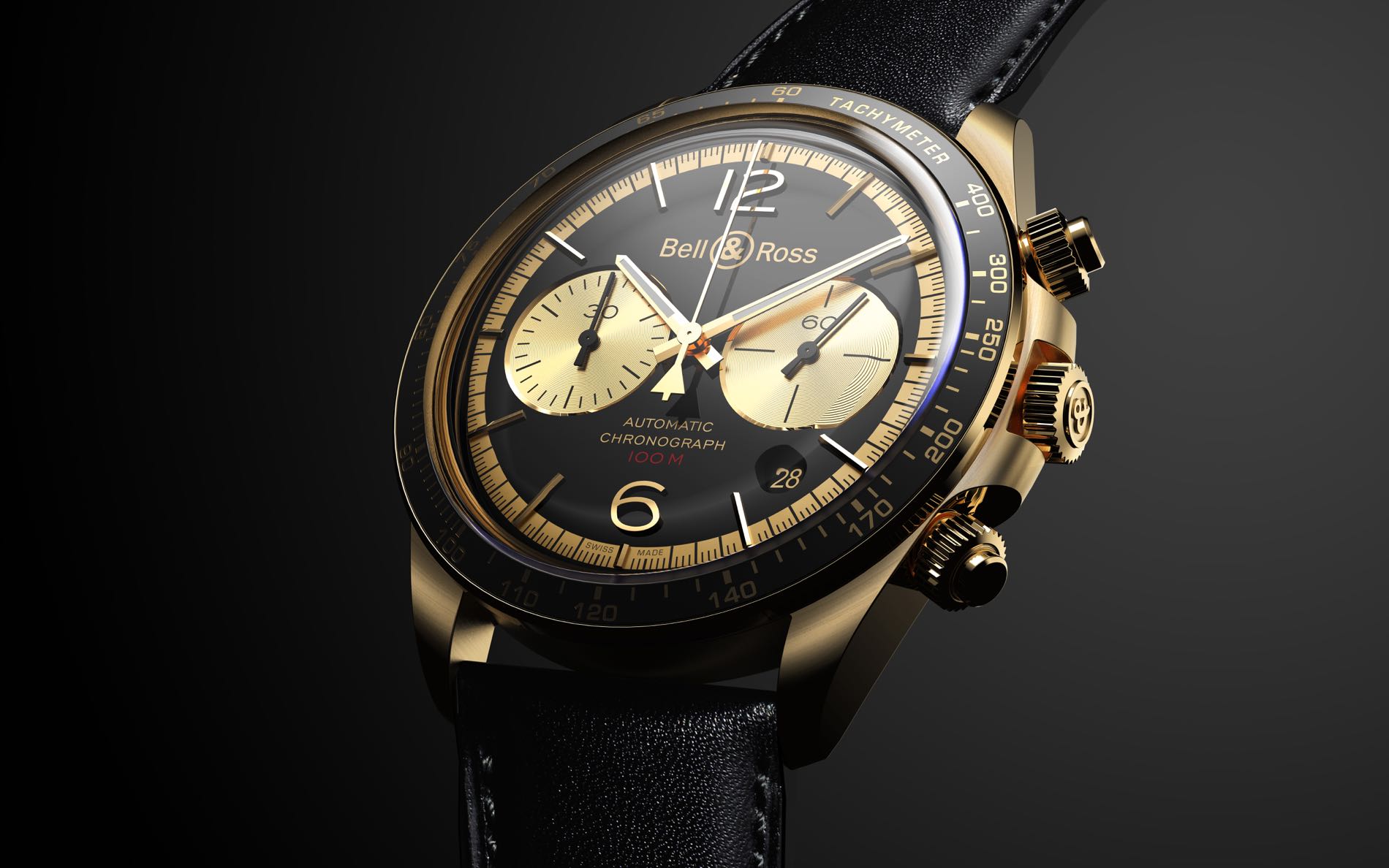 The sapphire case-back now features a printed profile of the B&R Bellytanker. The crown and push buttons are screw-down for improved water-resistance up to 100 metres. 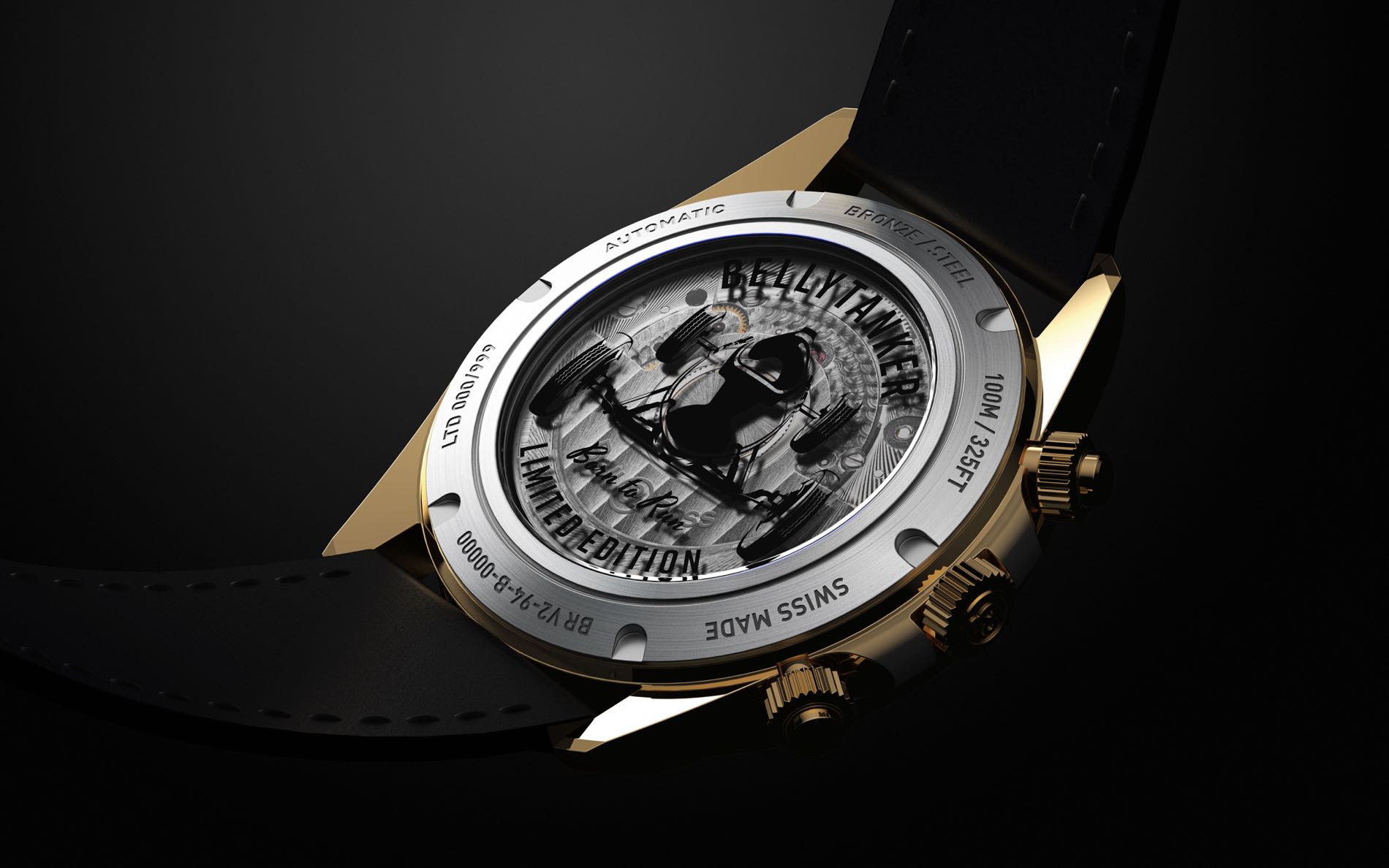