Balmain, by way of its charismatic Creative Director, Olivier Rousteing, has worked with supermodel Cara Delevigne to create what are set to become the It bags for the upcoming Fall season, namely the BBag, the Romeo, and the Twist. 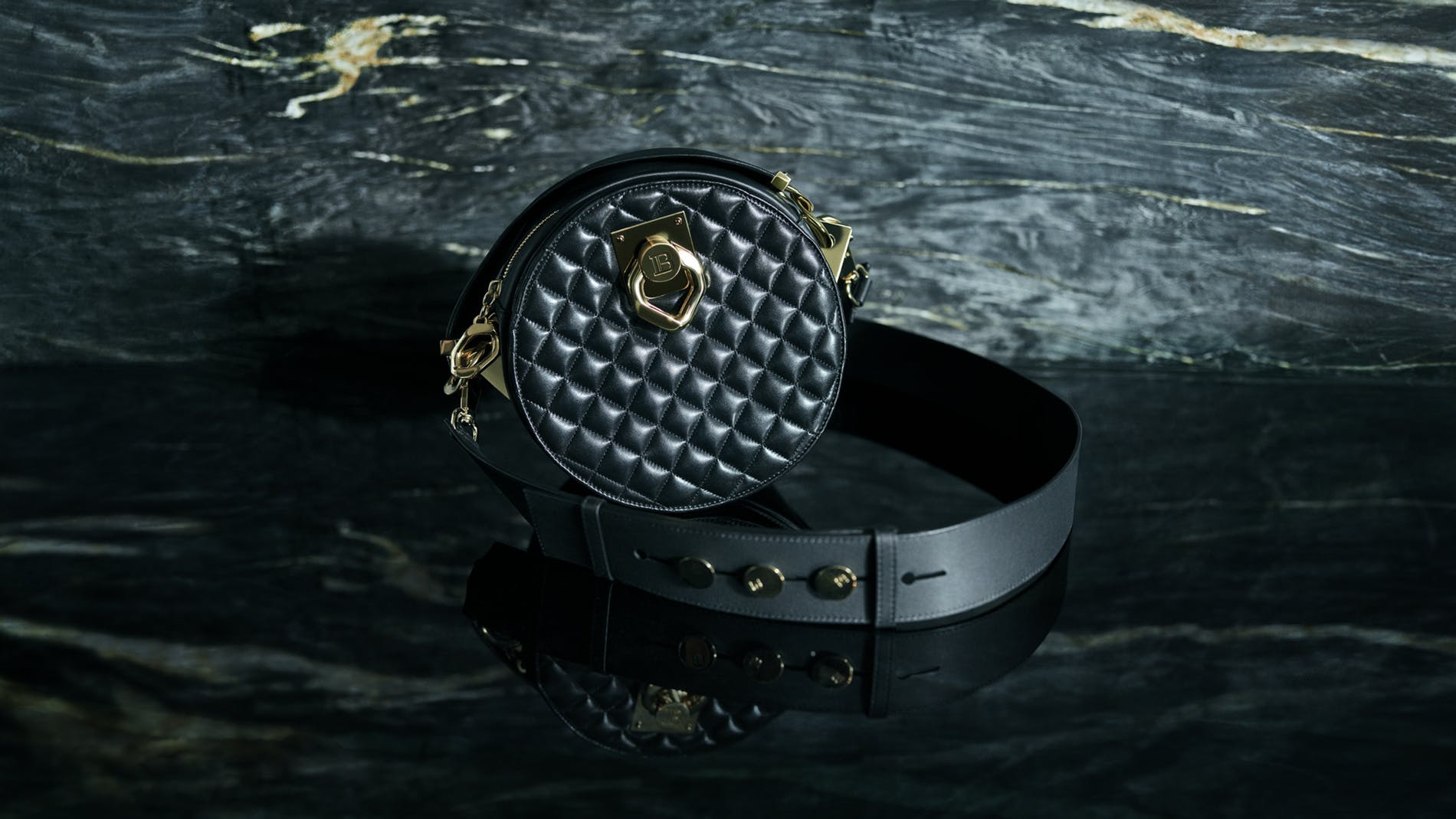 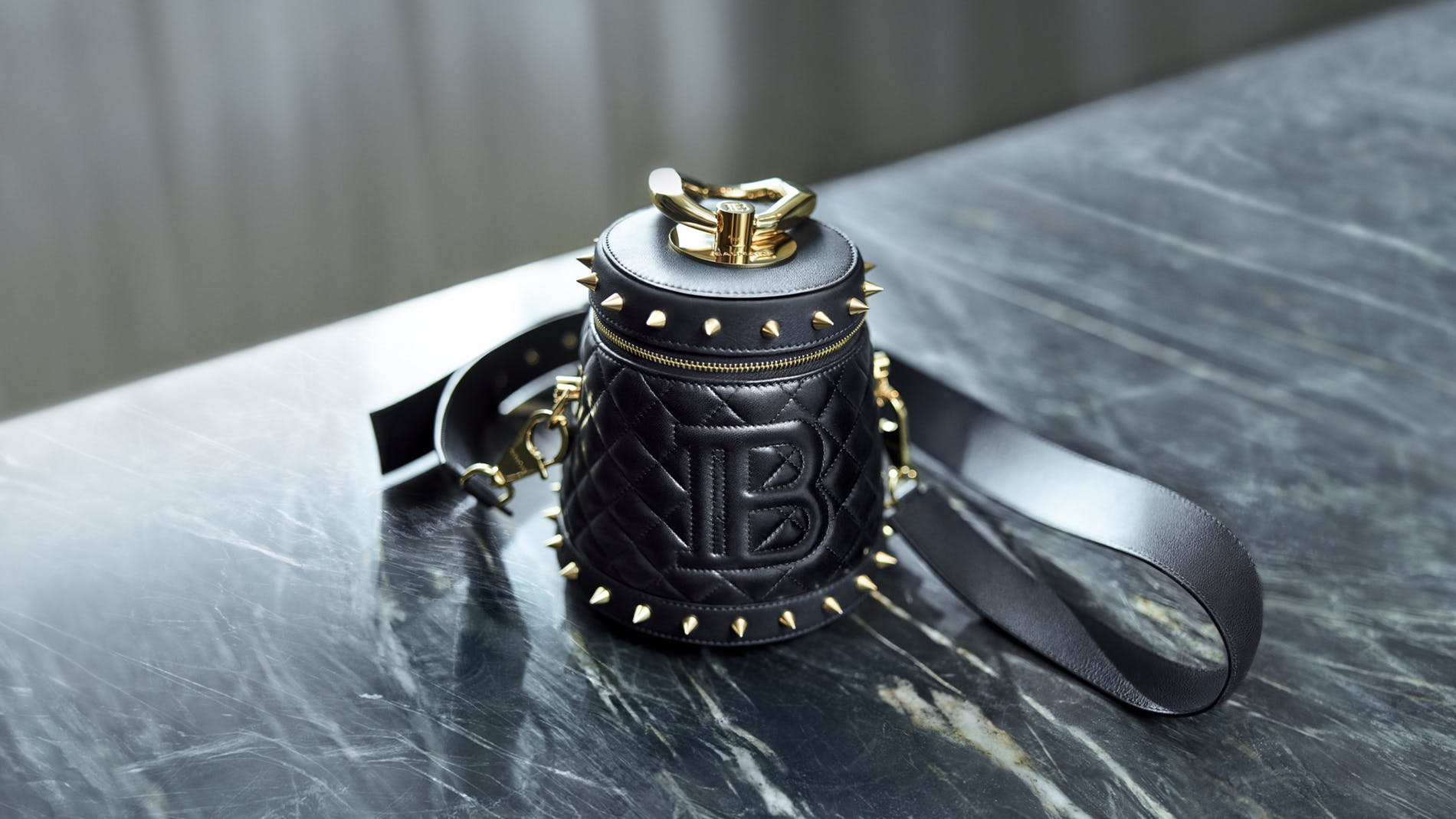 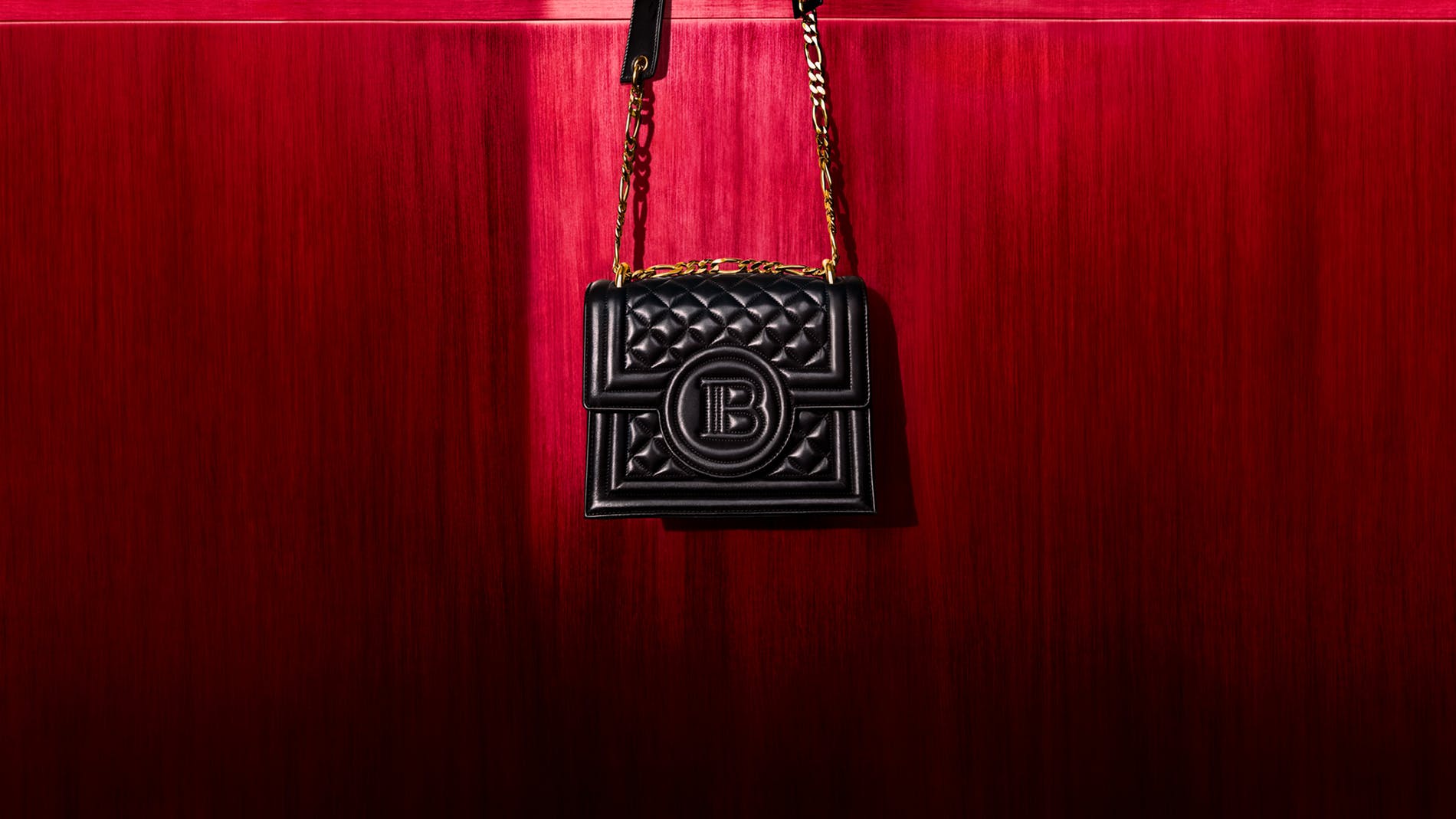 Encapsulating both Balmain and Delevingne's rebellious spirit, each handbag is made with black quilted leather and heavy on gold studding and tough, heavy-duty hardware. It's only a matter of time before we see fashion's elite and street style darlings all over the world carrying these new edgy styles.

Along with the new bags comes a new campaign, with Delevingne being her usual rebel self in head-to-toe Balmain. 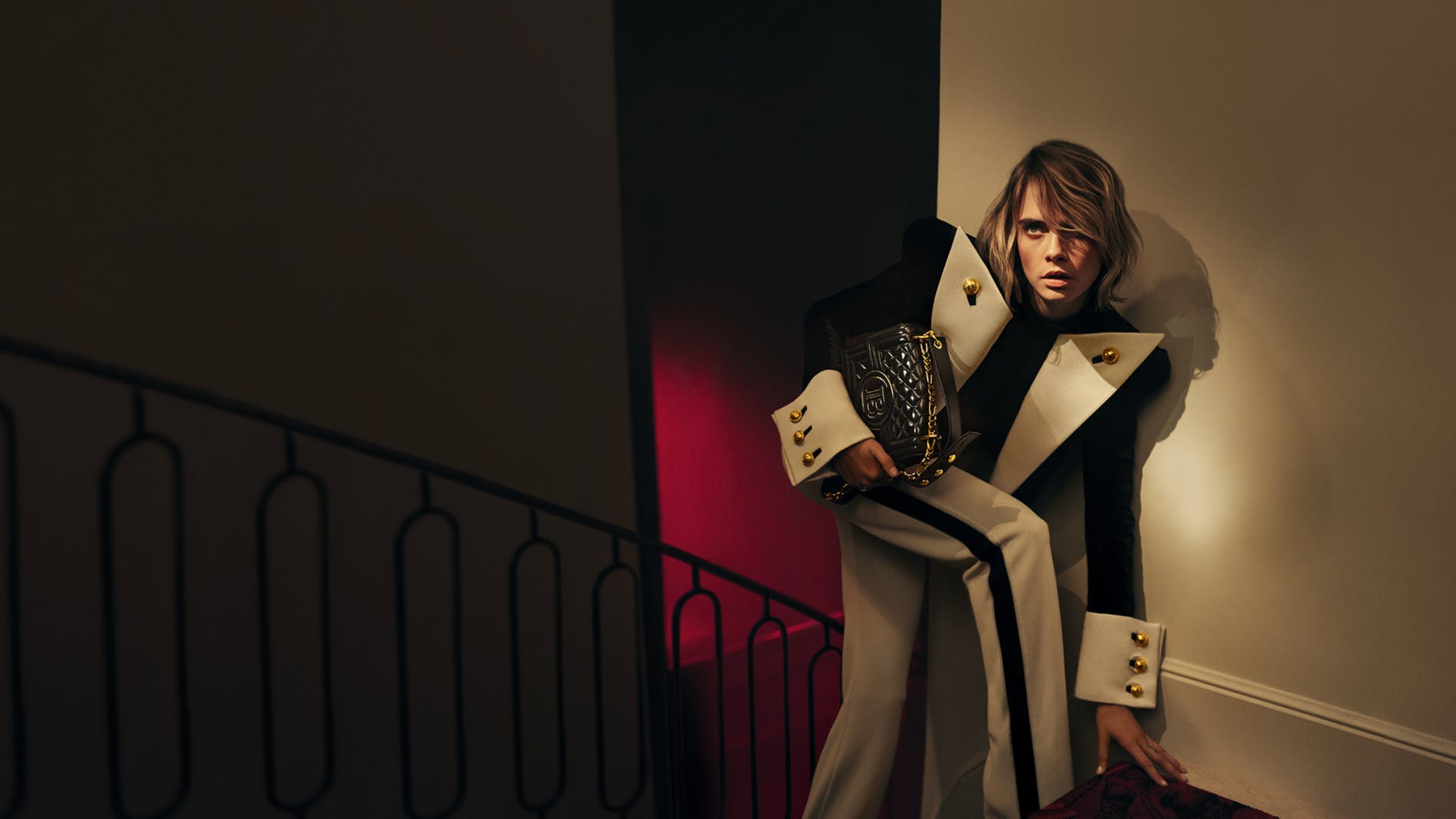 "Cara is the star because it's to everyone that she is the embodiment of the Balmain rebelle—the self-assured troublemaker with an invigorating, new type of rebellious spirit," Rousteing explains.

"Cara reflects the strong and confident attitude of the women of my generation, women who are not content to simply push back—instead, they revel in pushing forward (while making sure to push every single button along the way)." 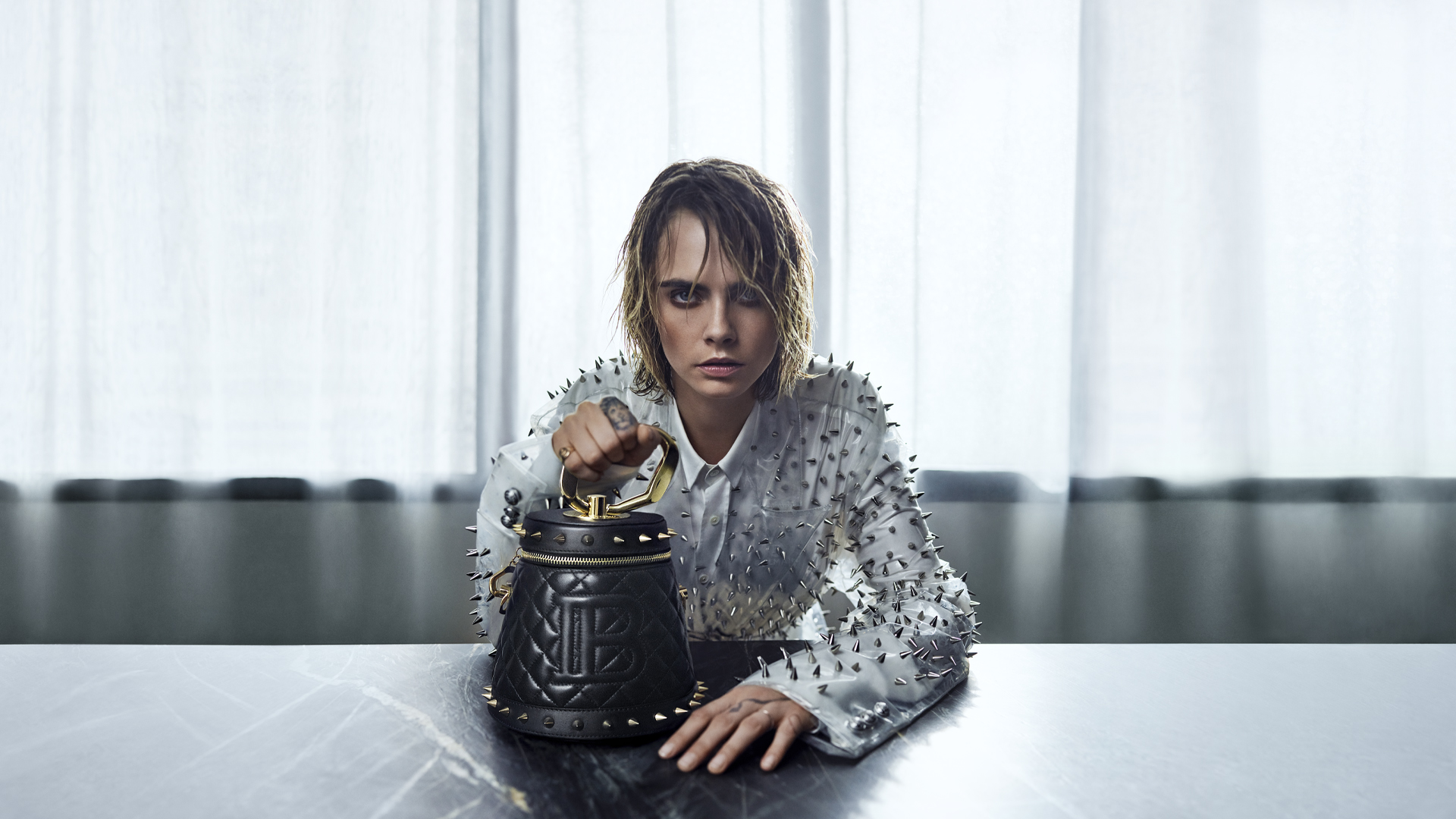 And while this may be Delevingne's first design venture with the fashion house (she starred in the brand's campaign earlier this year as well as the upcoming Fall visuals for the three bags) , Rousteing promises it won't be the last: "I am certain that we have many more adventures ahead of us."