The movie charts Churchill's fraught early days as British Prime Minister. In 1940, Churchill had the premiership thrust upon him at the pivotal moment when the Nazis were in the midst of a seemingly unstoppable march across Western Europe, and Britain was at grave risk of falling under German occupation. Many of Churchill's contemporaries sought to appease Hitler and reach a truce. 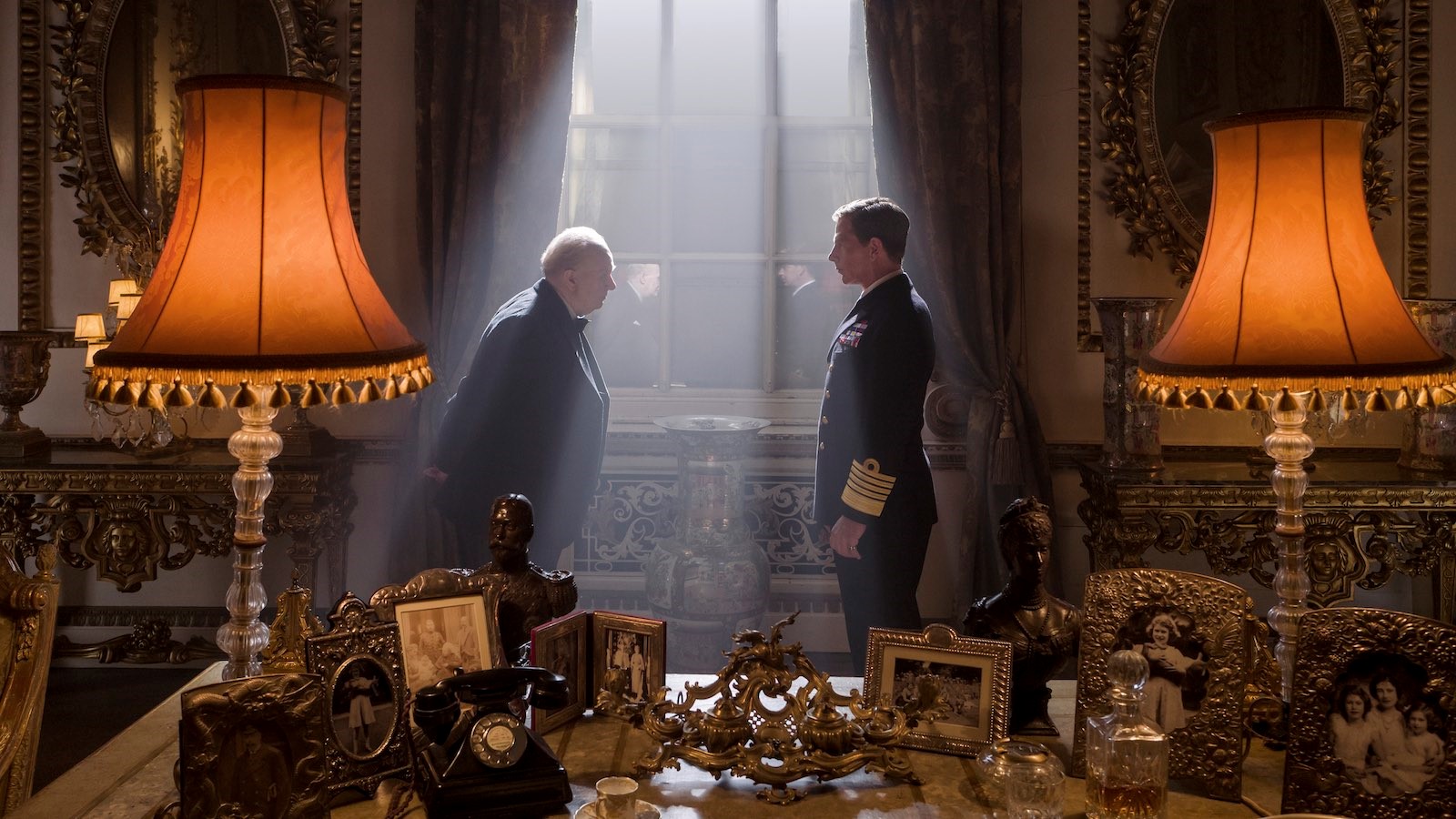 However, the freshly-appointed PM recognised that the Nazis weren't to be trusted, and vowed that Britain would fight on against their foe with all the strength they could muster. 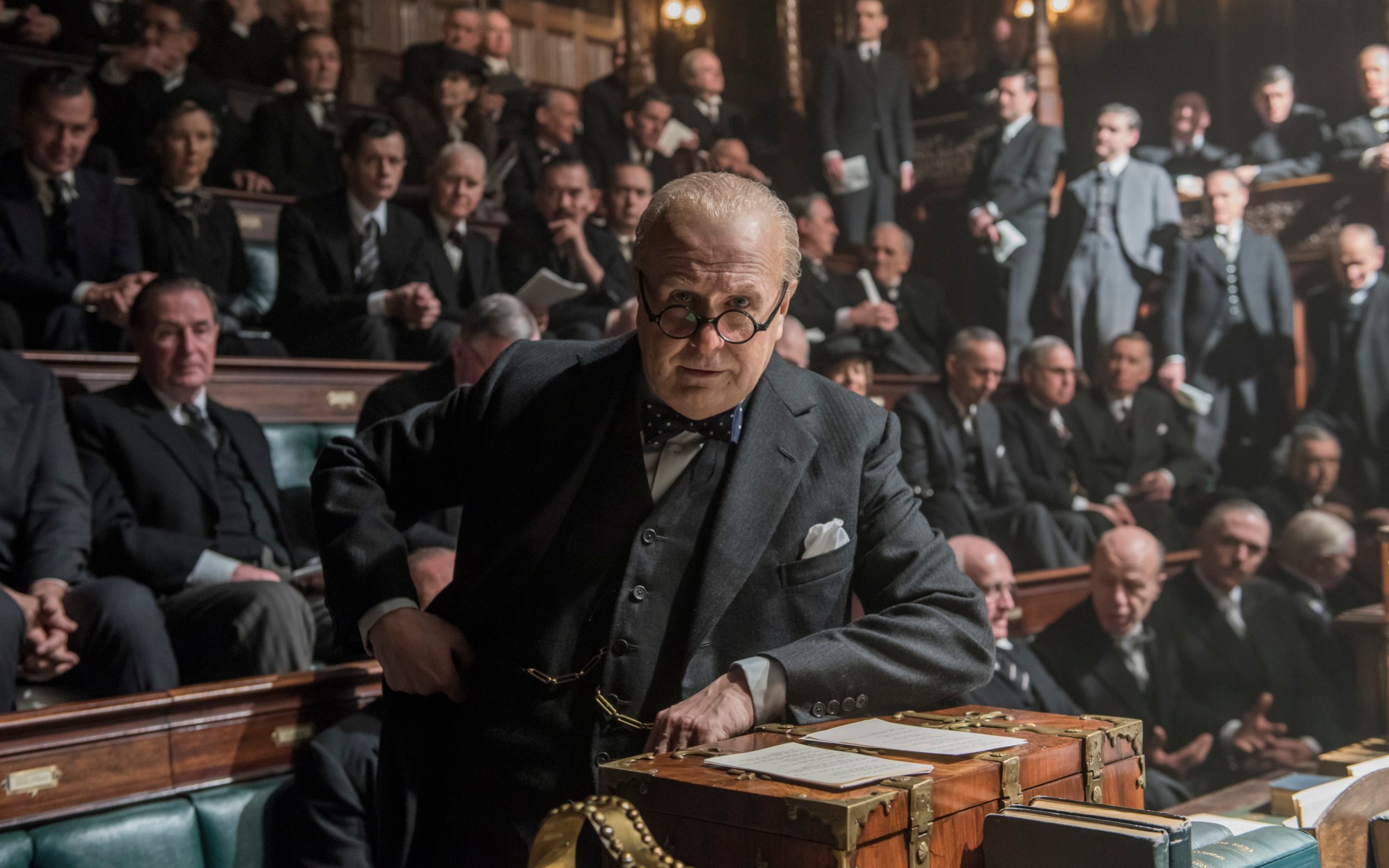 During the course of the film, we witness Churchill surmount all manner of resistance and adversity to cement his leadership and keep Britain battling on.

Though today he is broadly considered one of the greatest leaders of the modern era, Churchill's assumption of the premiership was initially opposed by many in government. Naysayers rightly held him responsible for the First World War's disastrous Gallipoli Campaign, which he'd been architect of as First Lord of the Admiralty. They decried his unpopular opinions on Indian Home Rule (Churchill once quite seriously suggested that Gandhi should be tied up and crushed by an elephant ridden by the viceroy). His economic thinking was biased towards the interests of bankers, press barons and the aristocracy, they said. Plus, he'd supported the unpopular cause of Edward VII during the abdication crisis, taken payments to represent 'big oil' in parliament, and used excessively violent tactics against criminals, striking miners and Irish republicans. 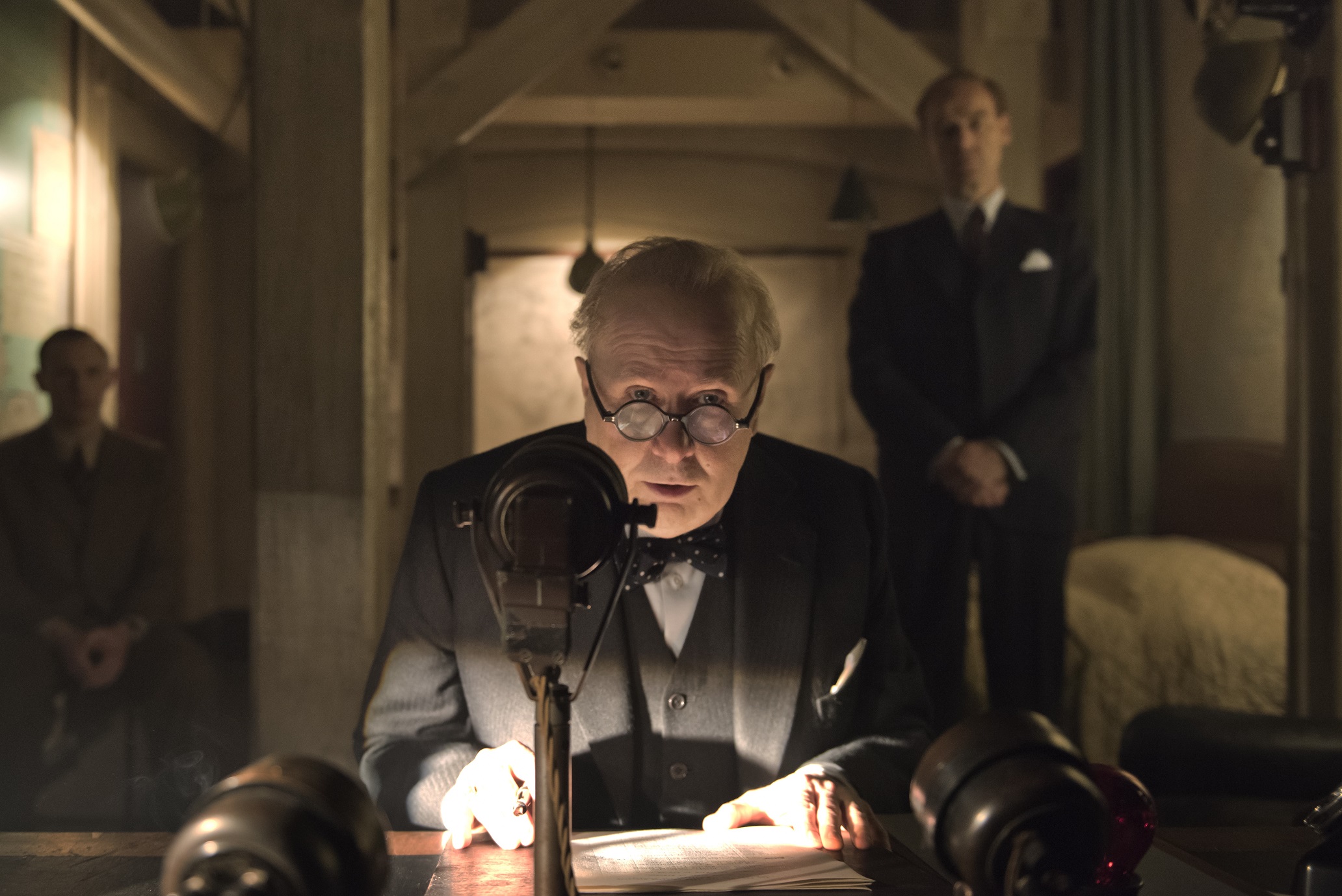 It might also be noted that Churchill, a eugenicist, had once argued stridently for the sterilisation of the "feeble-minded" — an outlook shared by the enemy in Berlin. His views on race weren't far removed from the Nazis' either. In 1937, he said, "I do not admit for instance, that a great wrong has been done to the Red Indians of America or the black people of Australia. I do not admit that a wrong has been done to these people by the fact that a stronger race, a higher-grade race, a more worldly wise race to put it that way, has come in and taken their place." In 1919, he advocated using chemical weapons against Kurds and Afghans. "I cannot understand this squeamishness about the use of gas," he wrote. "I am strongly in favour of using poisoned gas against uncivilised tribes".

Paul Addison's book, Churchill: The Unlikely Hero, suggests that he was generally thought by associates to be "a shameless egotist, an opportunist without principles or convictions, an unreliable colleague, an erratic policy-maker who lacked judgment, and a reckless amateur strategist with a dangerous passion for war and bloodshed". 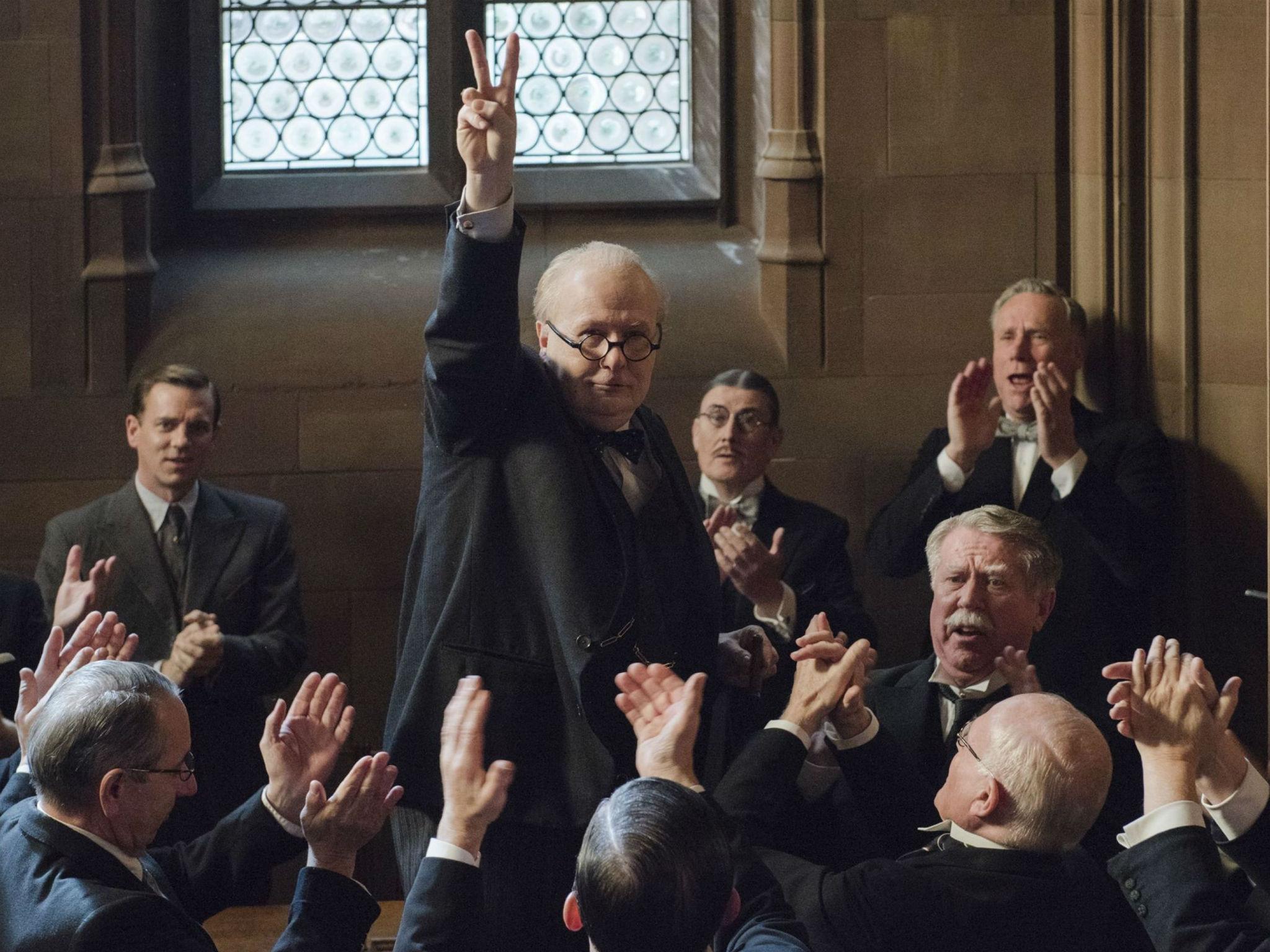 Nevertheless, Churchill would go on to become "the embodiment of national unity, an uncrowned king who threatened to eclipse the monarchy."

Winston Churchill spent much of his life overcoming low expectations. Though his parents ranked high in the aristocracy (his father, Conservative politician Lord Randolph Churchill, was the third son of the 7th Duke of Marlborough; his mother Jennie, a wealthy American heiress), they rated poorly as guardians. Even by the 'children should be seen, not heard' standards of Victorian and Edwardian times, their lack of interest in young Winston was extreme. Neither seen nor heard, as a small boy he was left entirely in the care of nannies, and at seven, he was packed off to boarding school. His parents never visited and rarely wrote.

When he did attract his father's attention, it was primarily for being a source of shame to the family. Churchill was constantly being punished for misbehavior and was academically the very worst student in his class throughout primary and high school (Harrow, which he narrowly gained acceptance to). When he miraculously managed to gain a place at Sandhurst military college on his third go at the entrance exams, his father wrote to him: "You are a constant disappointment to me. Not only are you a complete failure… I see nothing ahead of you but failure… Do not write me anymore; I do not wish to hear anything more from you."

His father wouldn't live to see it — Lord Randolph died of syphilis in 1895. But the world would hear a great deal more from Winston Churchill, who as we know all know, overcame these inauspicious beginnings and a tumultuous early military and political career to become one of Britain's greatest leaders and wartime heroes — as well as a successful artist and Nobel Prize-winning author. 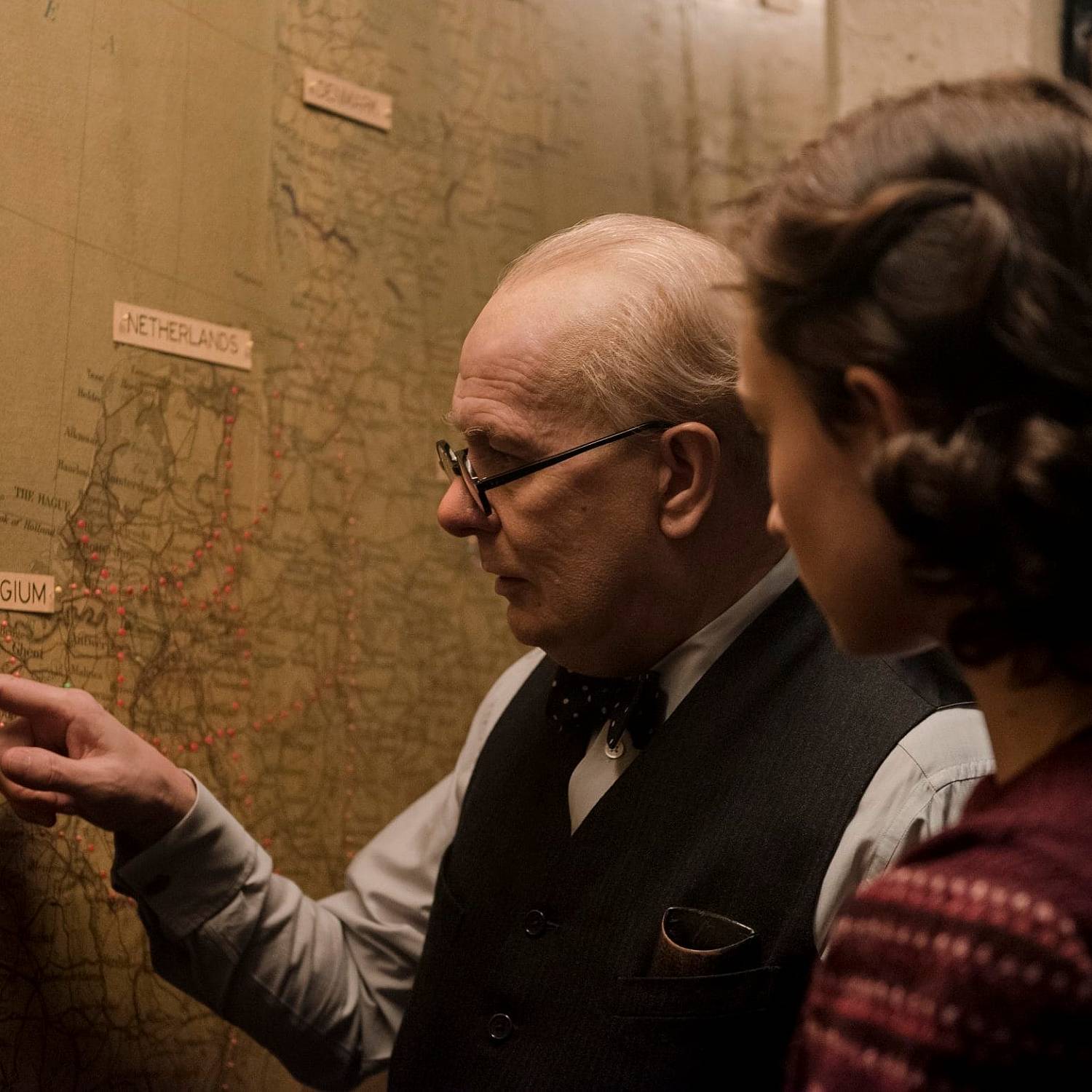 He endured many a dark hour along the way — most ignominiously, planning the futile and monstrously foolish Gallipoli campaign, which saw 250,000 Allied servicemen slaughtered. As Joe Wright's acclaimed film documents, however, Churchill kept fighting his way back into the light. He never surrendered. 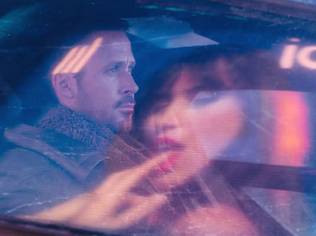 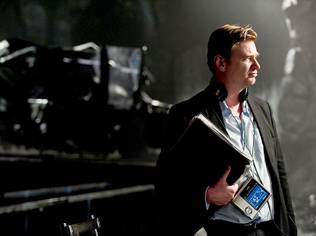 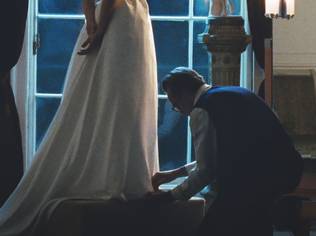