The centrepiece of the Bridges Cosmos timepiece sees the symmetrical arrangement of globes. At 3 o'clock, a terrestrial globe serves as a day/night indicator, while a sky chart takes its place at 9 o’clock. Offset hours and minutes appear at 12 o'clock, while a tourbillon spins beneath a large black titanium bridge at 6 o'clock. 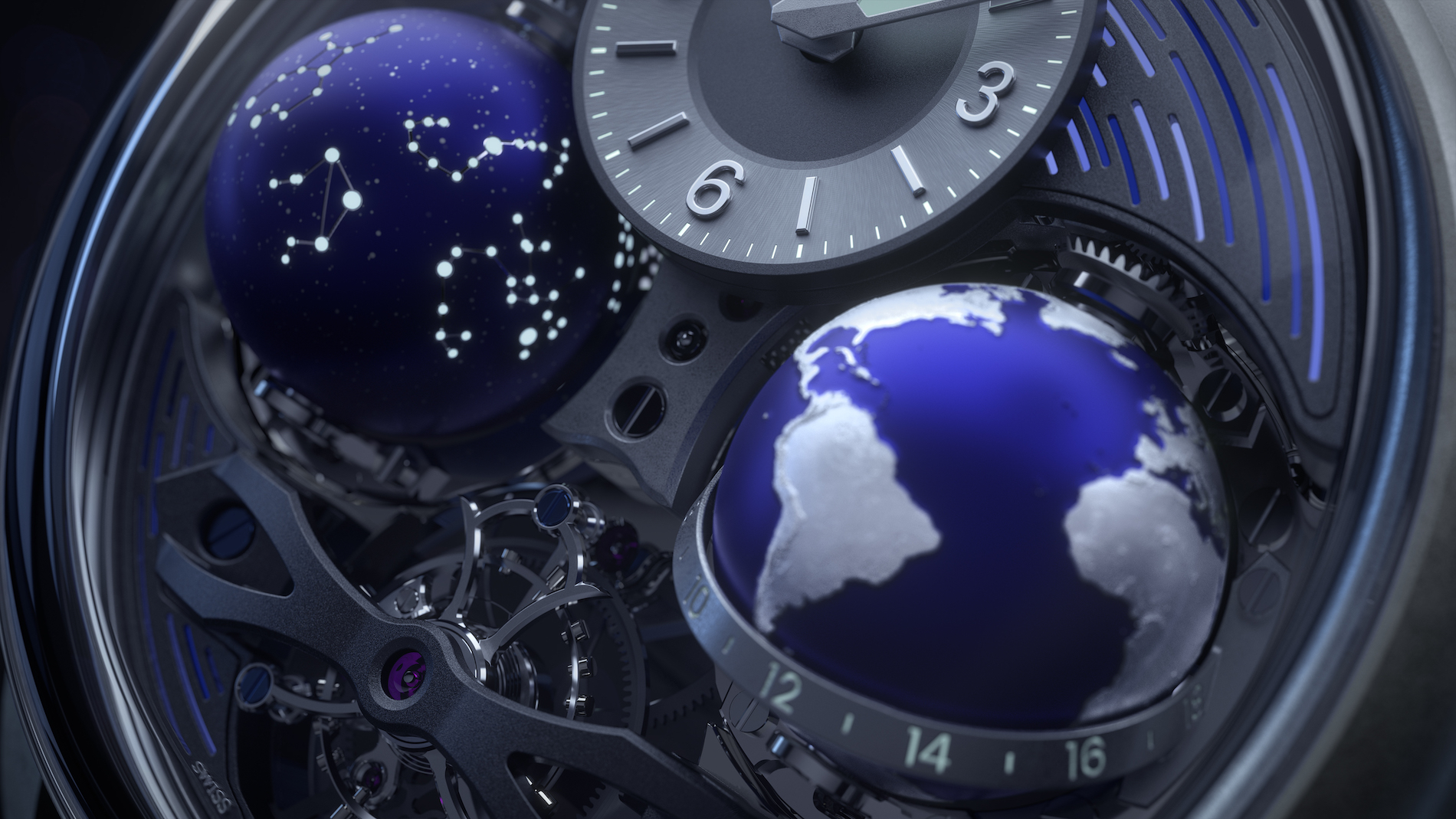 Encased above by a tinted sapphire crystal glass, luminescent hydroceramic particles that can only be seen in the dark offers a time-lapse view of the sky by night.

At 9 o'clock, the sky chart endows Cosmos with its sidereal dimension. Laser-engraved on a blue-tinted titanium globe, it rotates every 23 hours, 58 minutes and 4 seconds, the exact duration of a sidereal day. This sphere focuses on the best-known, most visible stellar formations, those of the zodiac.

Dozens of stars are connected to it, thus tracing the twelve constellations known for more than 2,500 years. They are enhanced with luminescent hydroceramic, thus enabling the Cosmos to fulfil its astronomical vocation even on the darkest nights. Their depiction is one of the paradoxes of astronomy, and of the Cosmos watch, since the constellation to which the Earth belongs is the only one that is not visible, because it is hidden by the blinding sun. Finally, the celestial globe displays the constellation of the zodiac that is invisible at noon on the dial side and the one that is visible at midnight on the caseback side.

At 3 o'clock, a complete globe gives two indications. It allows you to know if the local time zone is in daylight or plunged in darkness. And a 24-hour scale near its equator provides a GMT reading. This second time-zone reading time zone is done via the most sophisticated hand imaginable: a scale model of the earth. Also made of titanium and laser-engraved, this world map features hollow oceans and raised continents. Although it is a viewed from the sky, they represent the earthly dimension of Cosmos. 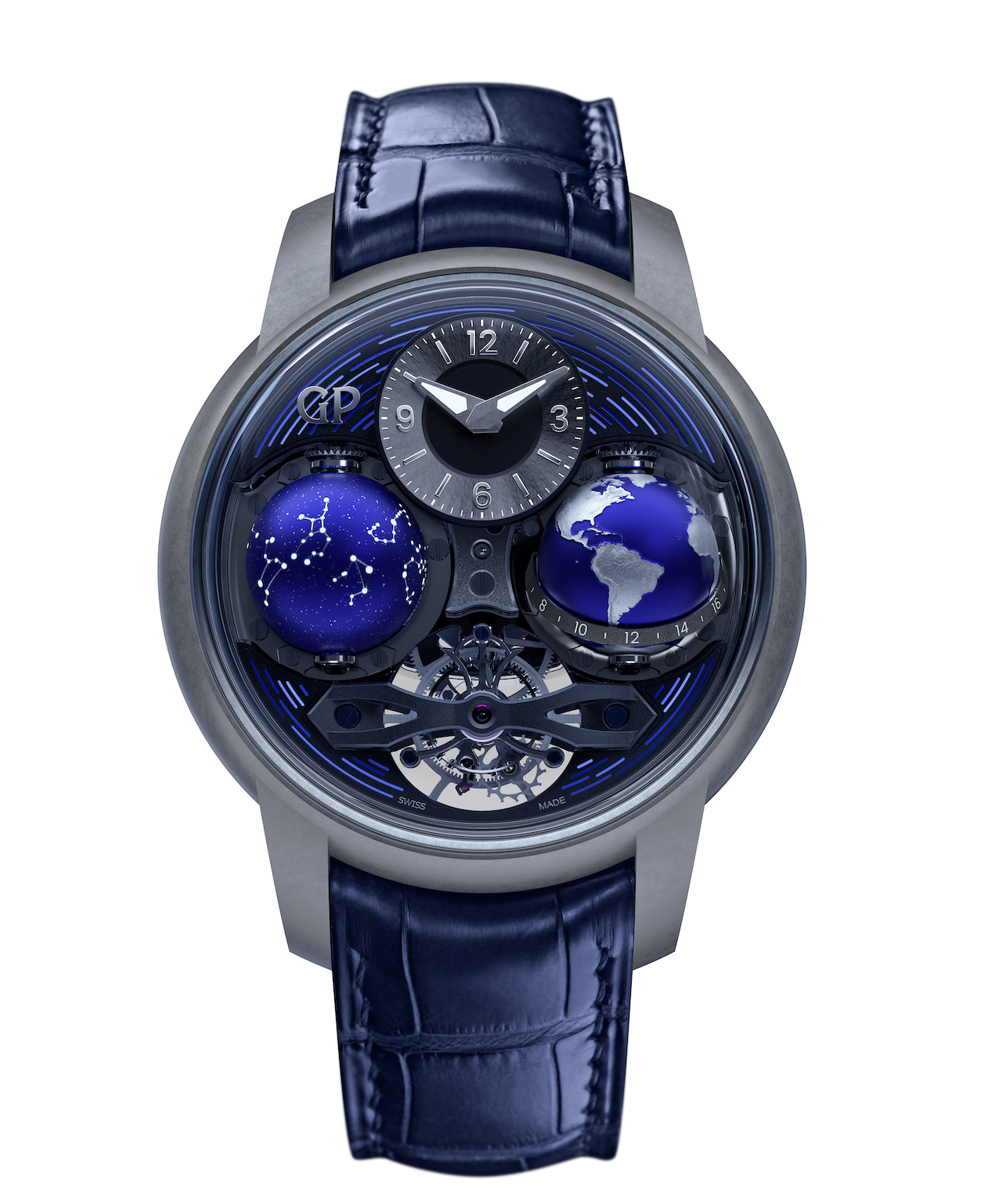 A 48 mm diameter case carved from beadblasted titanium, is topped by a sapphire crystal serving as a glassbox - a curved chimney-type glass acting like an astronomical telescope. Beneath this non-deforming lens beats a brand-new movement - the manual-winding Calibre GP09320. 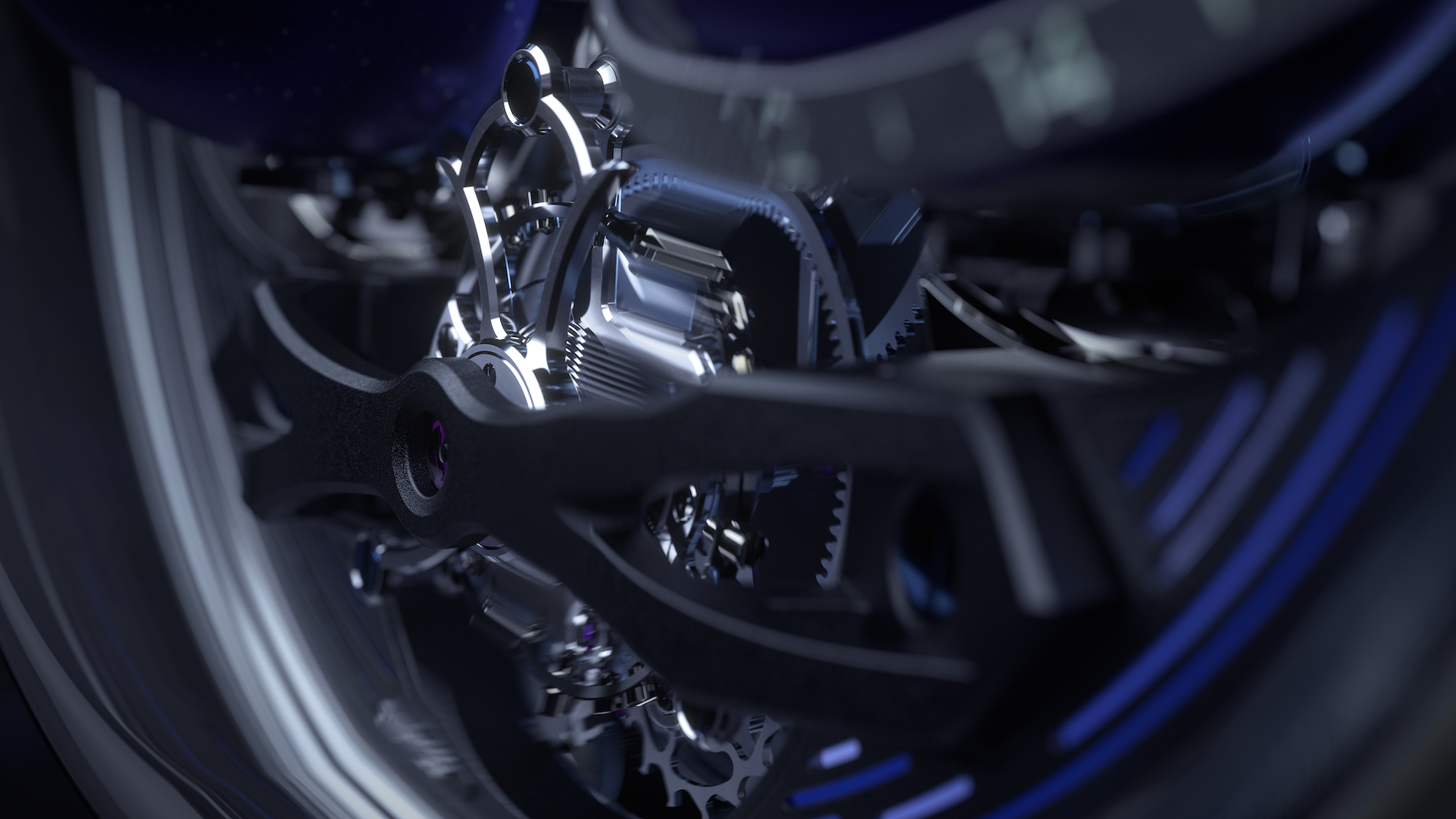 Its rate is regulated by a tourbillon, with the tourbillon bridge made of black PVD-treated titanium with a sandblasted surface.

The Cosmos case-middle is smooth and crown-free. In its place are four tiny adjustment keys, all located on the back of the case, which sit flat on the wrist when worn. The sapphire crystal and titanium caseback is pierced with four rods respectively dedicated to winding, time-setting, adjustment of the heavenly globe and that of the terrestrial globe. 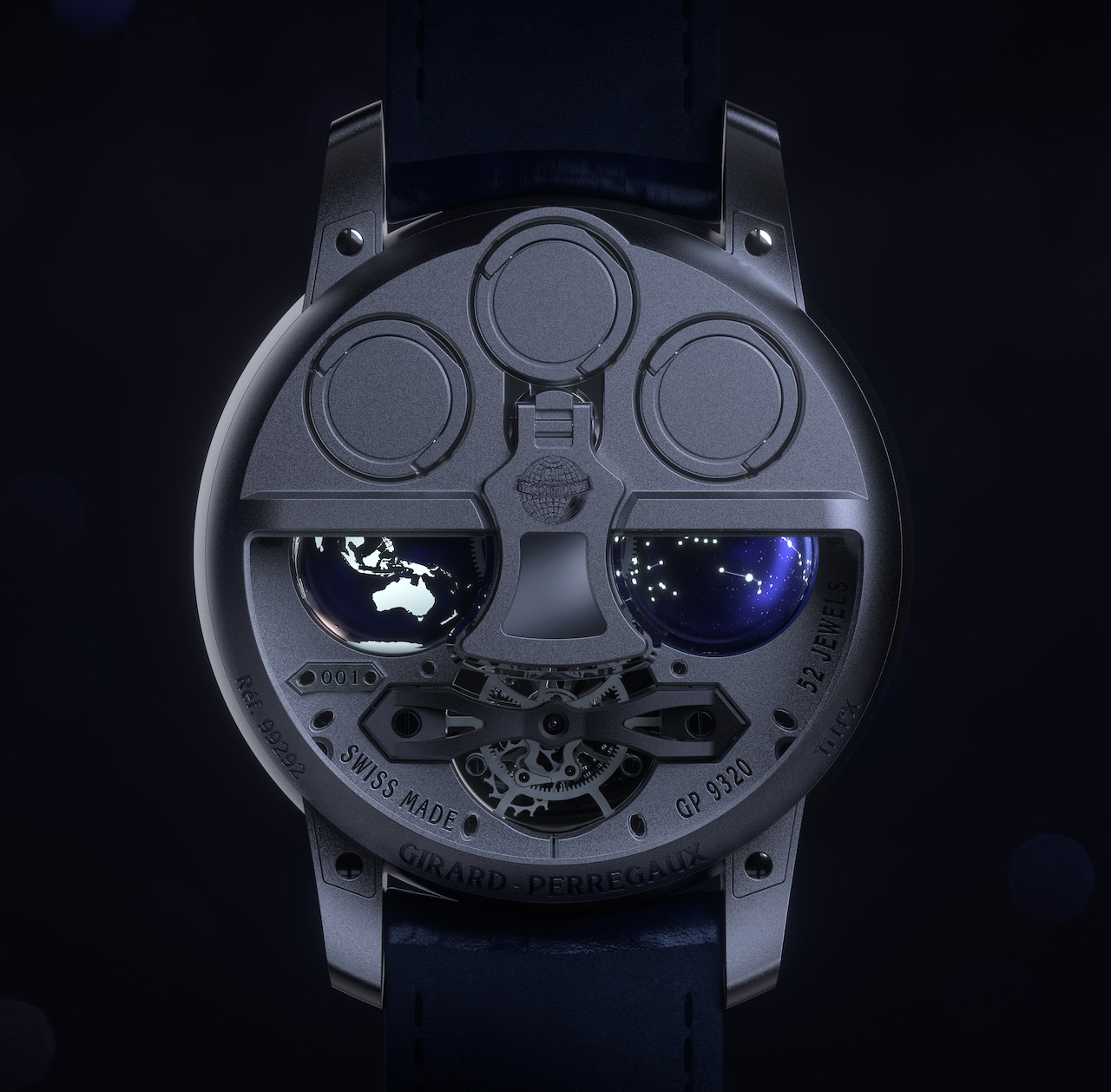