Greubel Forsey has joined in the celebration of Sincere Fine Watches' new boutique, SHH at Marina Bay Sands by creating a special edition of its Double Balancier Convexe to commemorate the opening of their new SHH boutique.

Related
Sincere Haute Horlogerie Opens at Marina Bay Sands:
In response to the increasing sophistication of collectors in Asia and the increasing demand for more depth in the experience of independent brands, the new SHH will elevate the established reputation of the former boutique, and offer a purer experience, raising the bar for the quality of the retail experience for watch collectors: Read Story 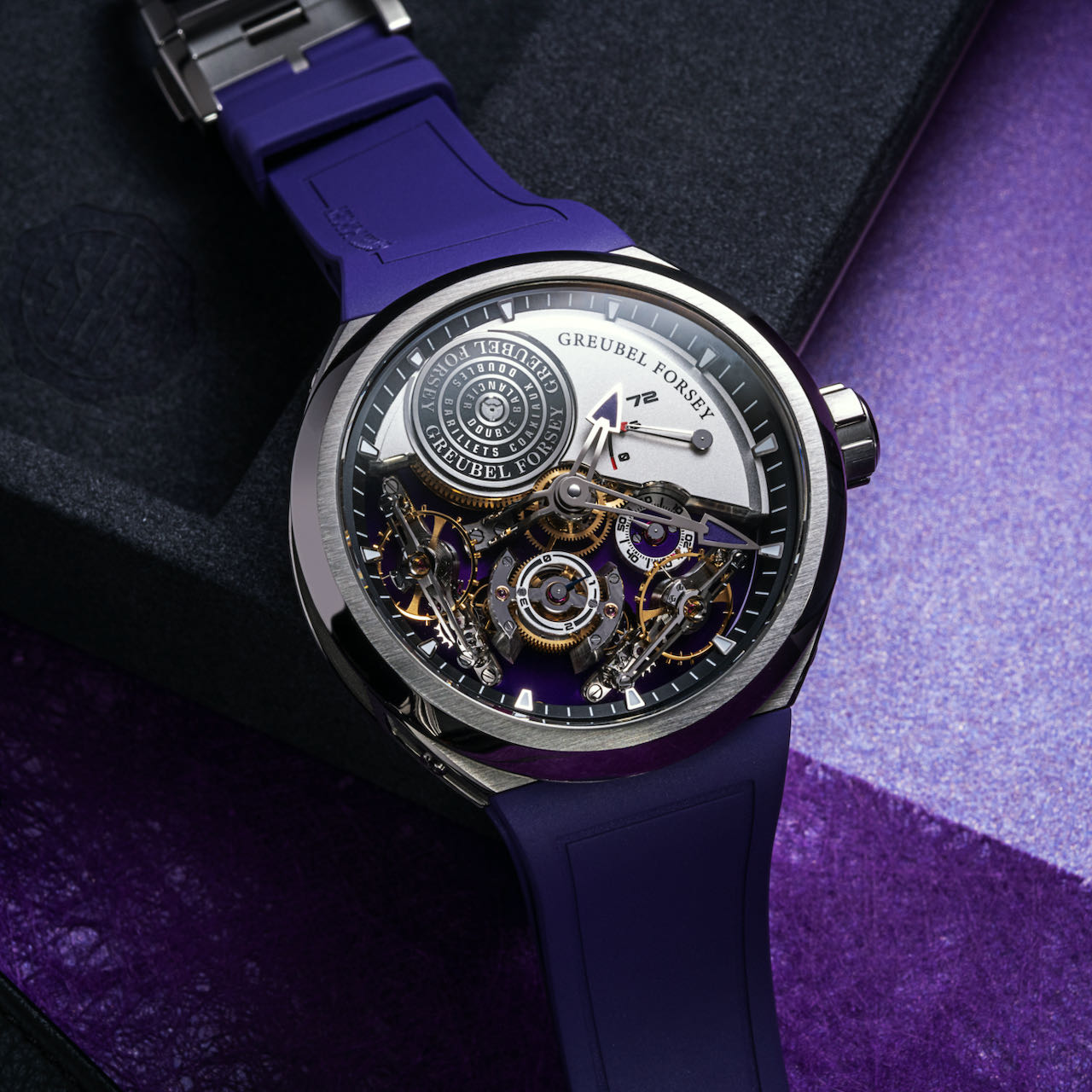 A second iteration followed soon after, in a six piece unique edition with the two regulating organs positioned in different three-dimensional planes and inclined at 35°. 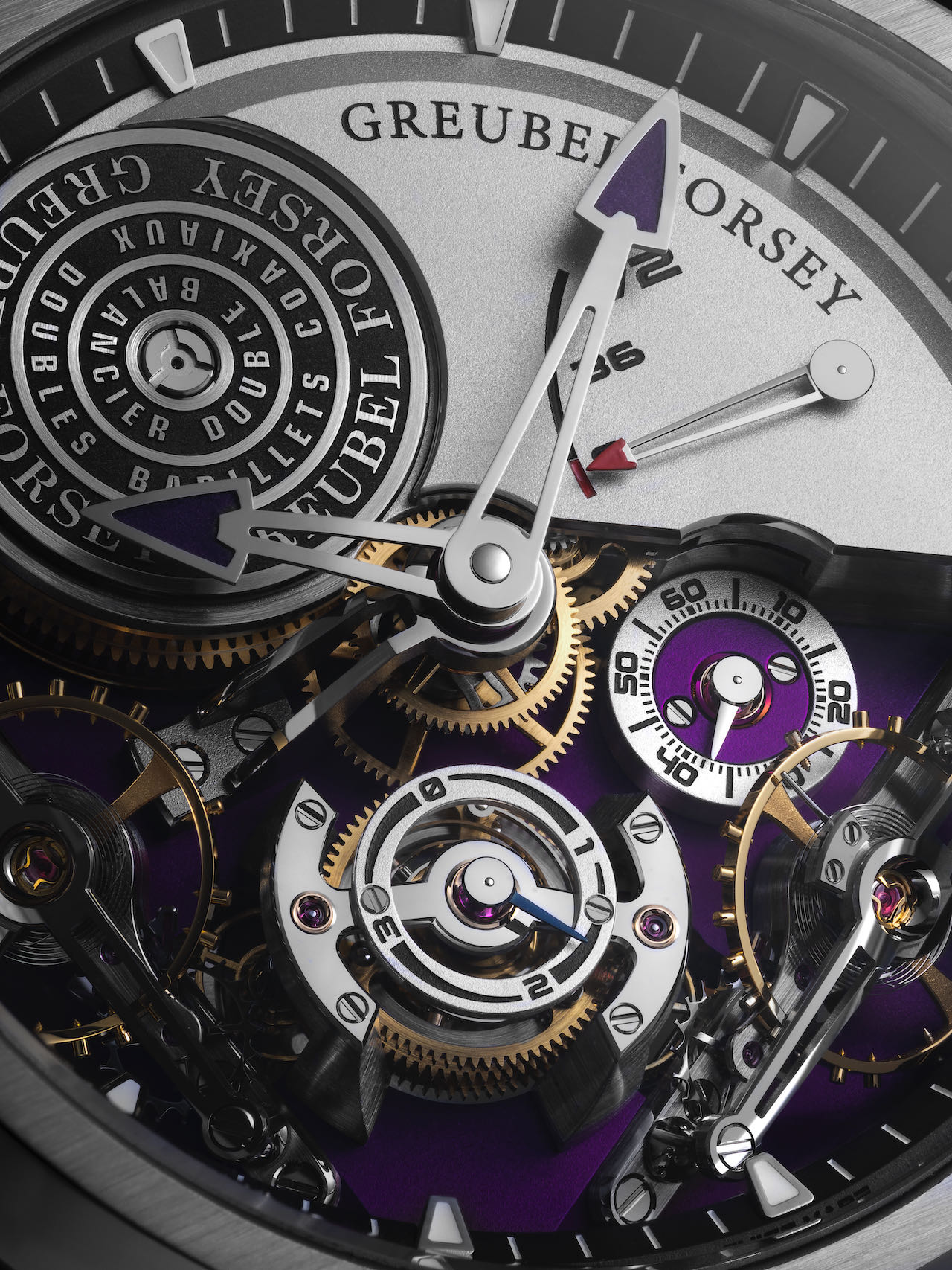 In 2016, Greubel Forsey presented the invention in its current, double-patented form: the two balance wheels are dissociated, inclined at 30° and separated by a constant spherical differential which calculates their average timing rate.

The Double Balancier was then launched as Greubel Forsey's sixth Fundamental Invention. 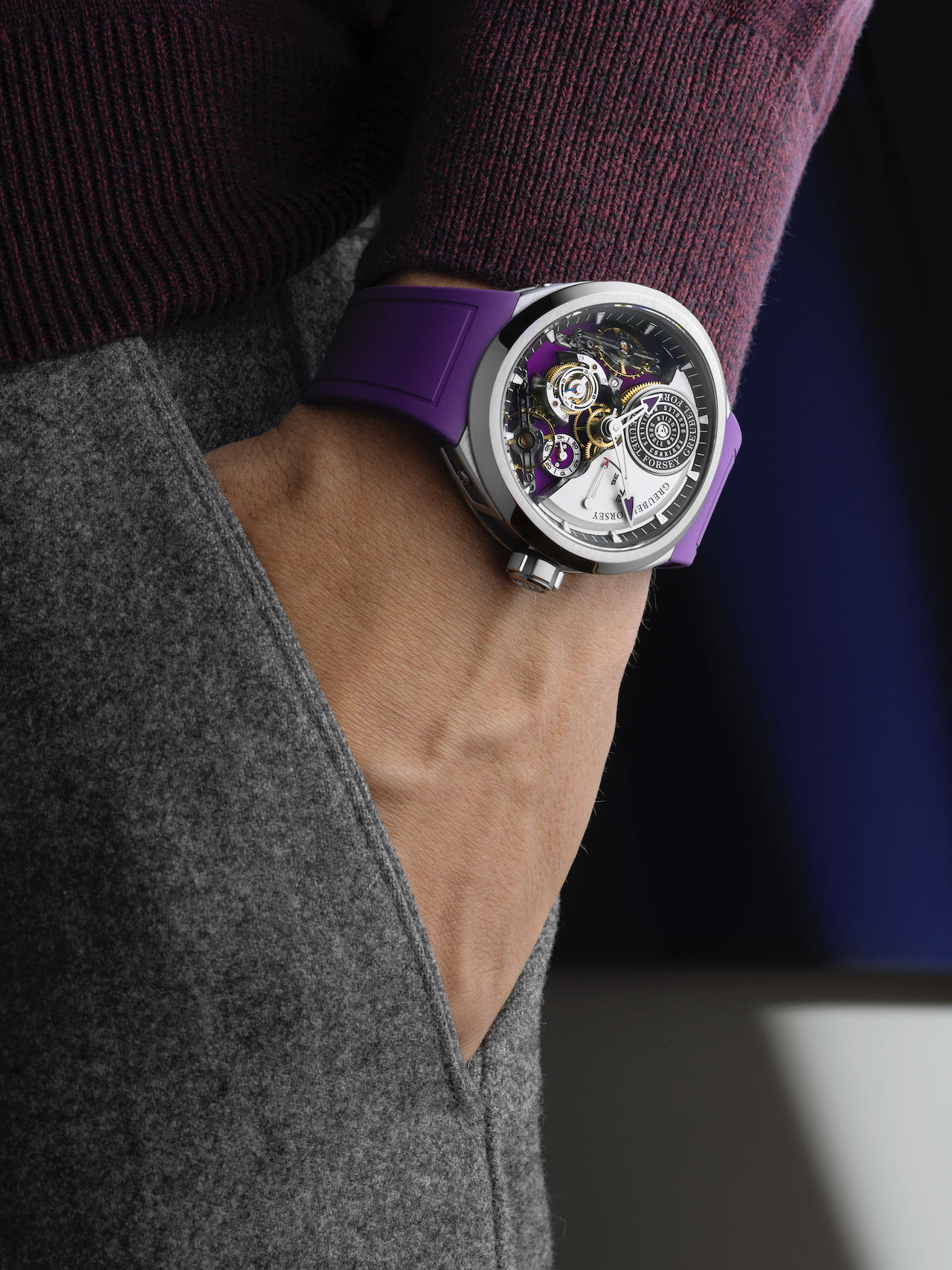 The Greubel Forsey Double Balancier Convexe SHH Edition comes with a purple mainplate, purple hour & minute hand tips and a purple rubber strap. The choice of deep purple not incidental, with the colour sometimes reflecting light, sometimes absorbing it - Its frosted surface selectively diffuses and retains some of the precious specks of light for an engaging visual spectacle within the movement. 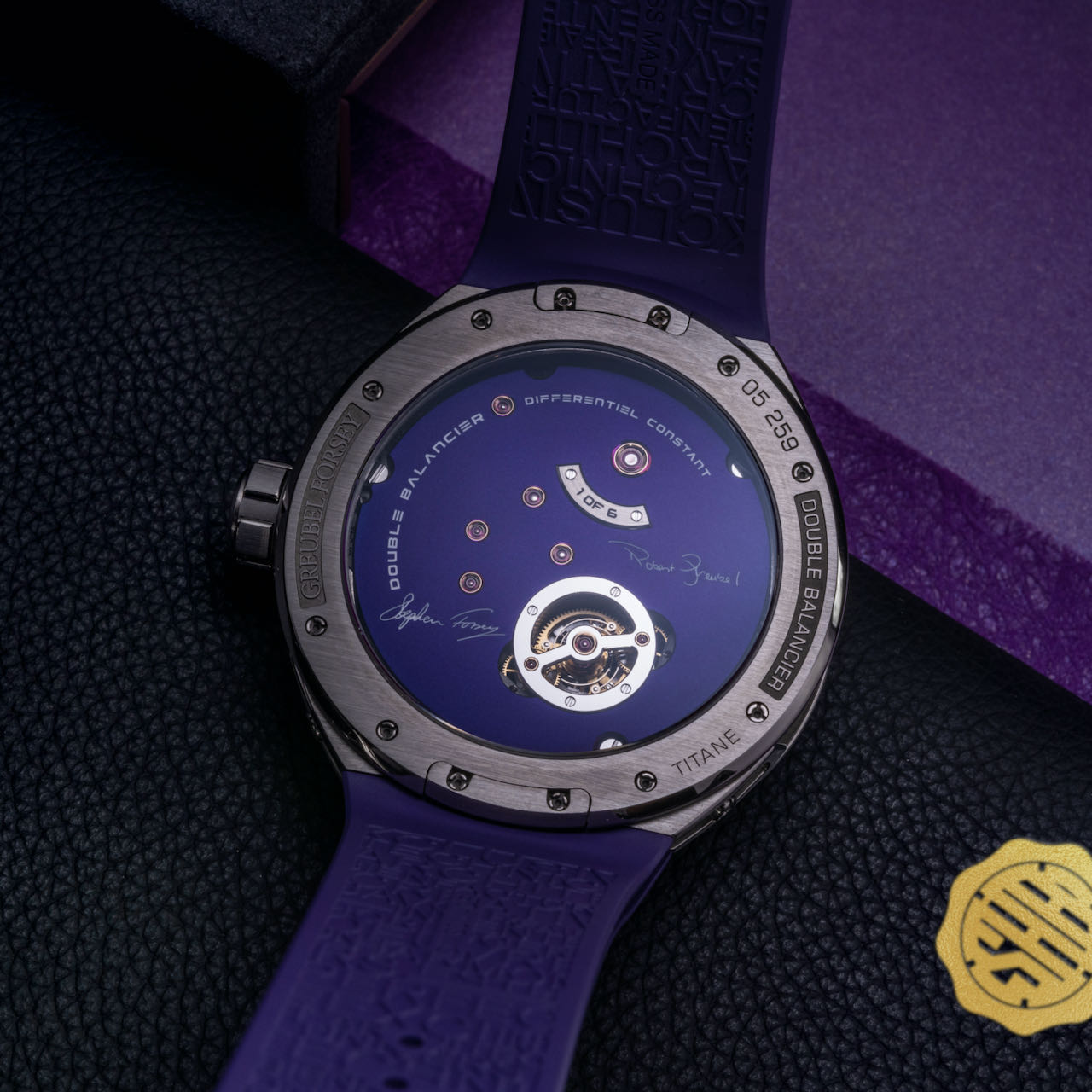 Only 6 Double Balancier Convexe SHH Edition timepieces will be created to commemorate the opening of SHH’s new boutique. Each of them will bear, on the caseback side, the personal signatures of Robert Greubel and Stephen Forsey.