The Seminole Hard Rock Hotel & Casino in Hollywood, Florida has officially opened for business, and with it, the world's first guitar-shaped hotel unveiled as part of a $1.5 billion expansion on the existing entertainment complex. 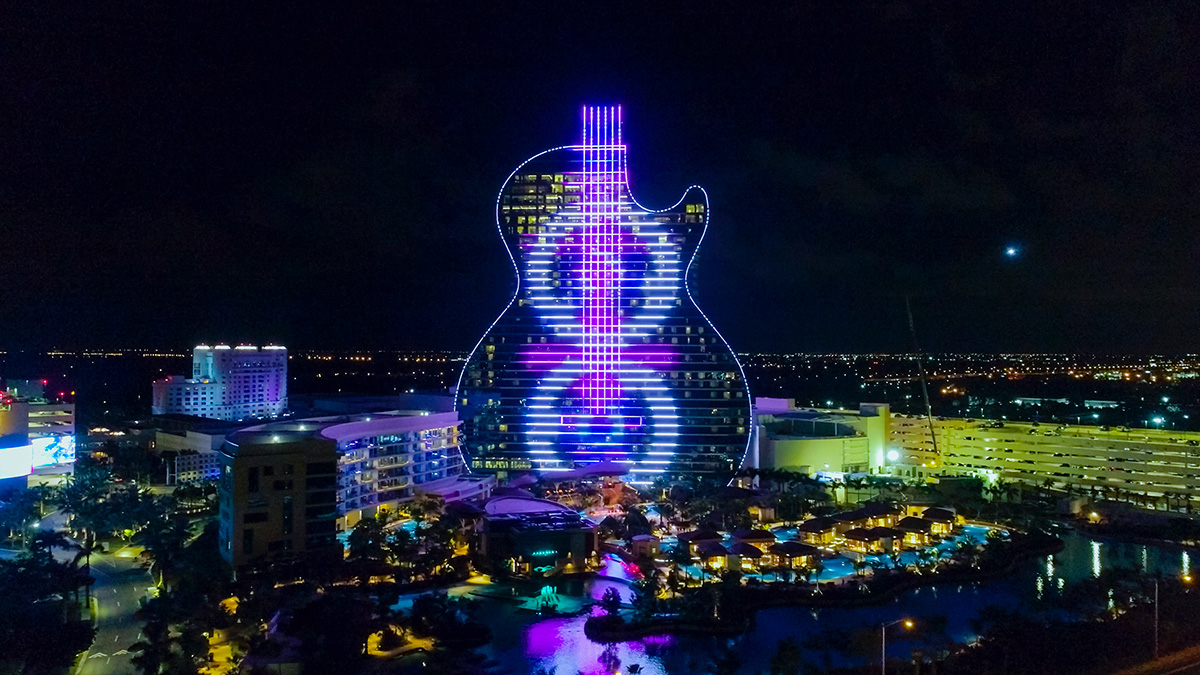 The 36-storey hotel also features a light show across its reflective glass facade, projecting beams up to 30,000 feet into the sky. Created in conjunction with DeSimone Consulting Engineers, who led the engineering on the project, the tower blends into the dark sky at night. The design team worked with Boston lighting designer DCL and Montreal digital agency Float4 to integrate 16,800 V-sticks (strips of LED video fixtures) on the rim of the guitar and the six vertical strings that run down its middle.

Each evening, the hotel becomes a temporary light installation with interactive choreography set to music from Float4 and LED experts SACO Technologies

Guests staying in the 638 rooms have unobstructed views in all directions, including the Hollywood beachfront and downtown Miami, thanks to its floor-to-ceiling glass walls. The interiors of the hotel were designed by Wilson Associates and Rockwell Group

In addition to the guitar-shaped structure, the original Seminole Hard Rock Hotel building was fully renovated and a 7,000-seat performance venue was built on site. The existing pool resort area was also expanded to 13.5 acres.