From 11 to 19 May, the "Hermès Heritage – In Motion" exhibition will be hosted at the Hermès Liat Towers in Singapore, showcasing objects in a transportation theme, dovetailing at the time when Hermès itself was founded. 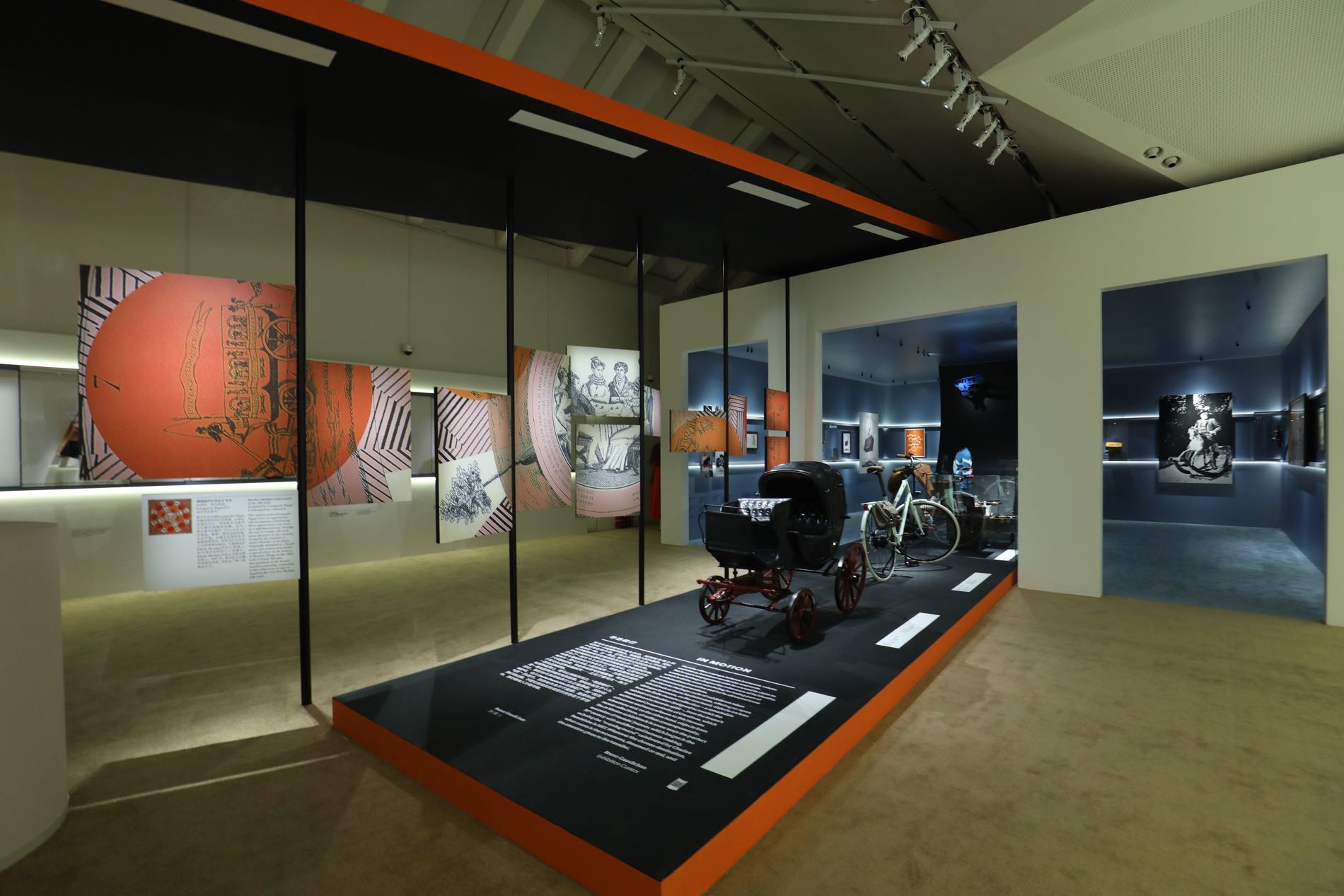 Whether at a walk, a trot or a gallop, on foot, on horseback, or by car, bicycle, skateboard or aircraft, and whatever the pace or means of transport adopted by their users, Hermès creations advance in the same light, elegant and ingenious style. 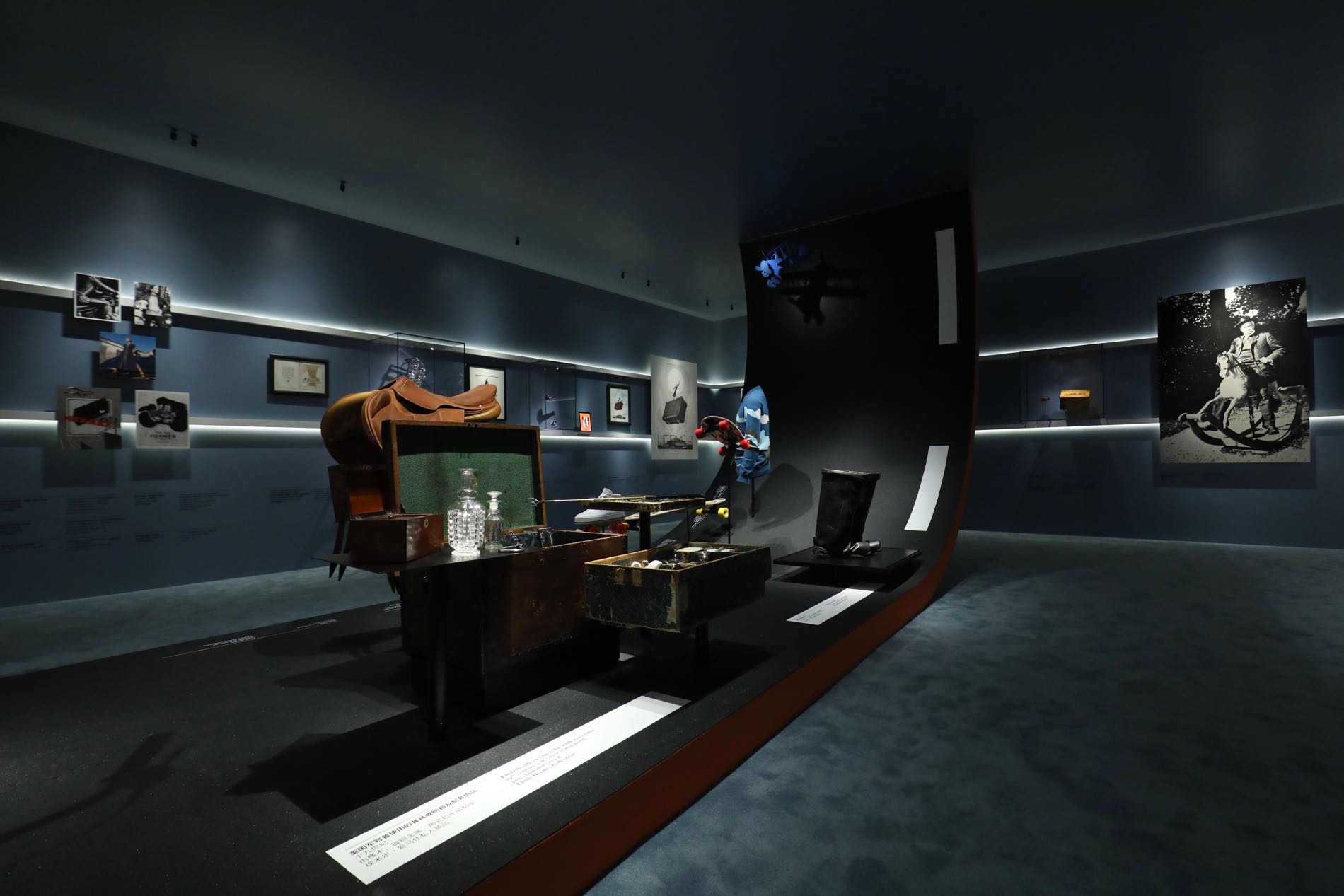 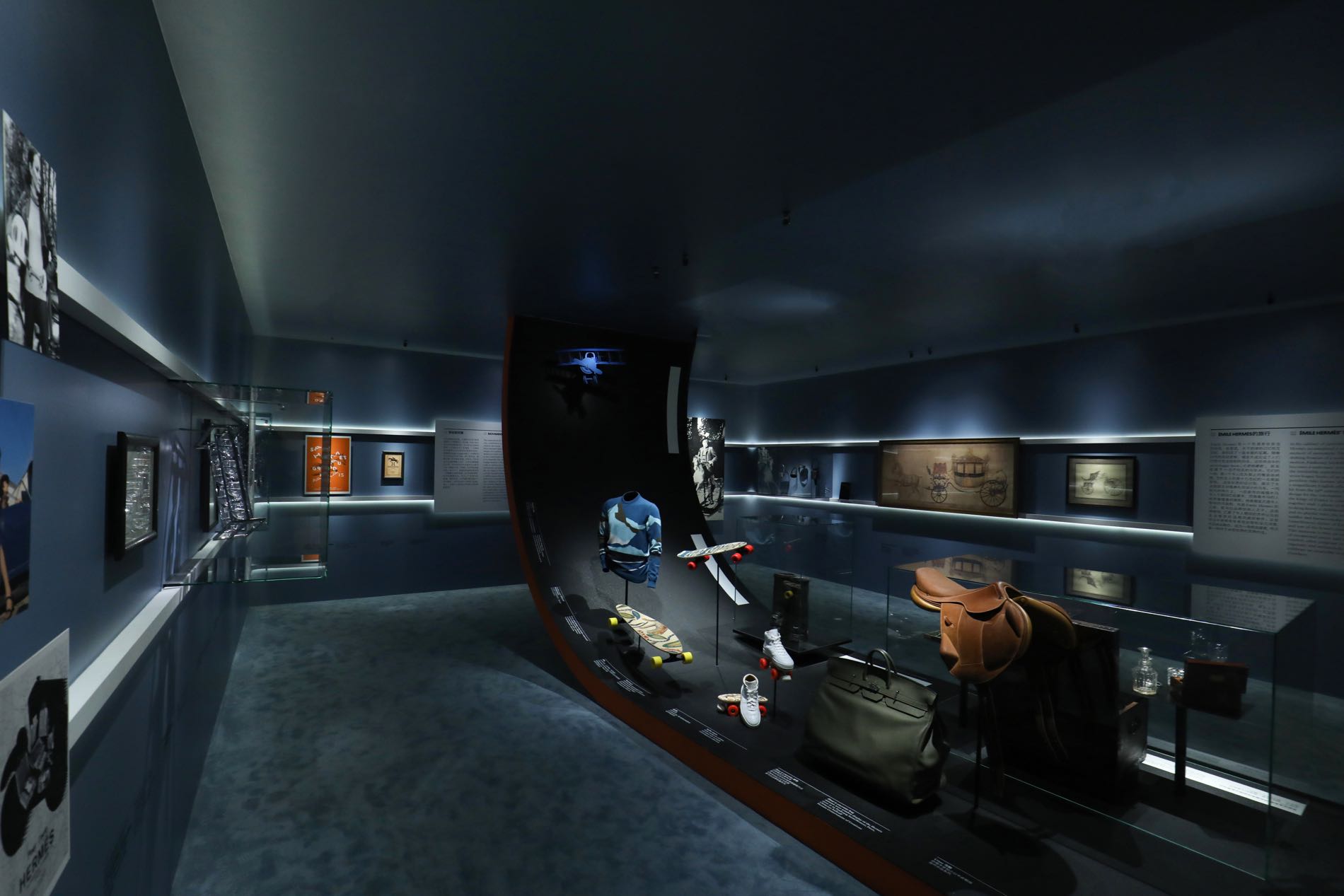 The exhibition presents the history of the house founded in 1837 by Thierry Hermès with its iconic themes, colours and objects, following the thread woven by generations of creators and craftsmen, from its origins as a harness-maker and saddler to the present day.

Expect to see objects from the Émile Hermès collection, the archives, the Hermès Conservatoire of Creations and contemporary pieces. 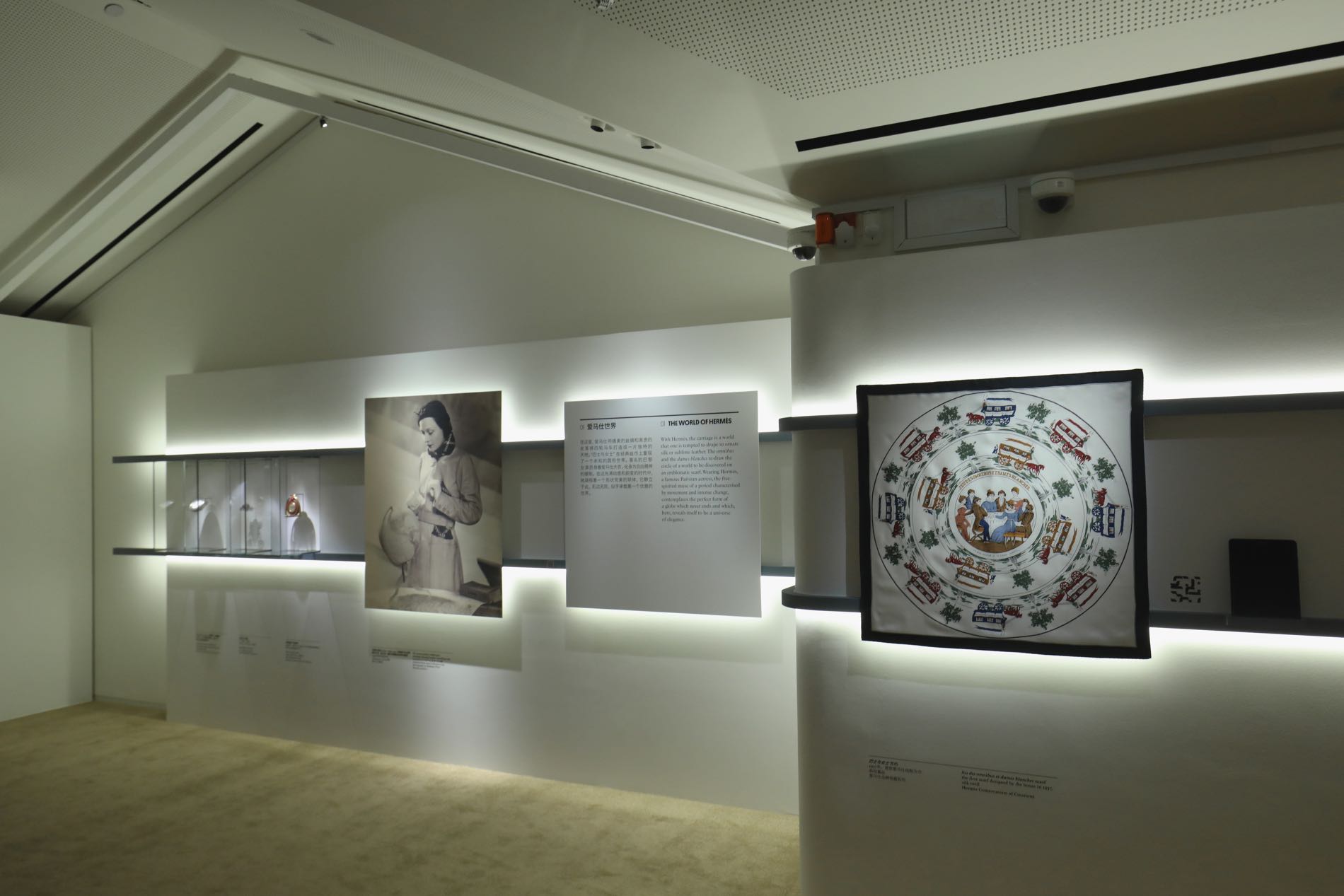 Of particular interest include the very first Hermès scarf, its design a twirling circle of horse- drawn carriages inspired by the playing board of an eponymous game (the Jeu des omnibus et dames blanches). Another, a pair of postilion's riding boots whose size and robustness are dreamily reminiscent of the marvellous seven-league boots, while the Flâneur d'Hermès bicycle displays its fluid lines with grace.

The Bolide picnic bag is itself inspired by the Sac pour l'Auto - Created by the house in the 1920s, it illustrates how Hermès objects also travel through the ages.

Finally, the exhibition gives pride of place to ingenious mechanisms: the Pippa writing desk is useful when opened, and once closed, it is put away and forgotten about; the cane picnic basket conceals, well hidden in its upper part, a battery of cutlery, while the Inversables, two columns of glasses mounted on mobile rings, can be taken on board a yacht or an ocean liner without ever fearing the swell of the waves. 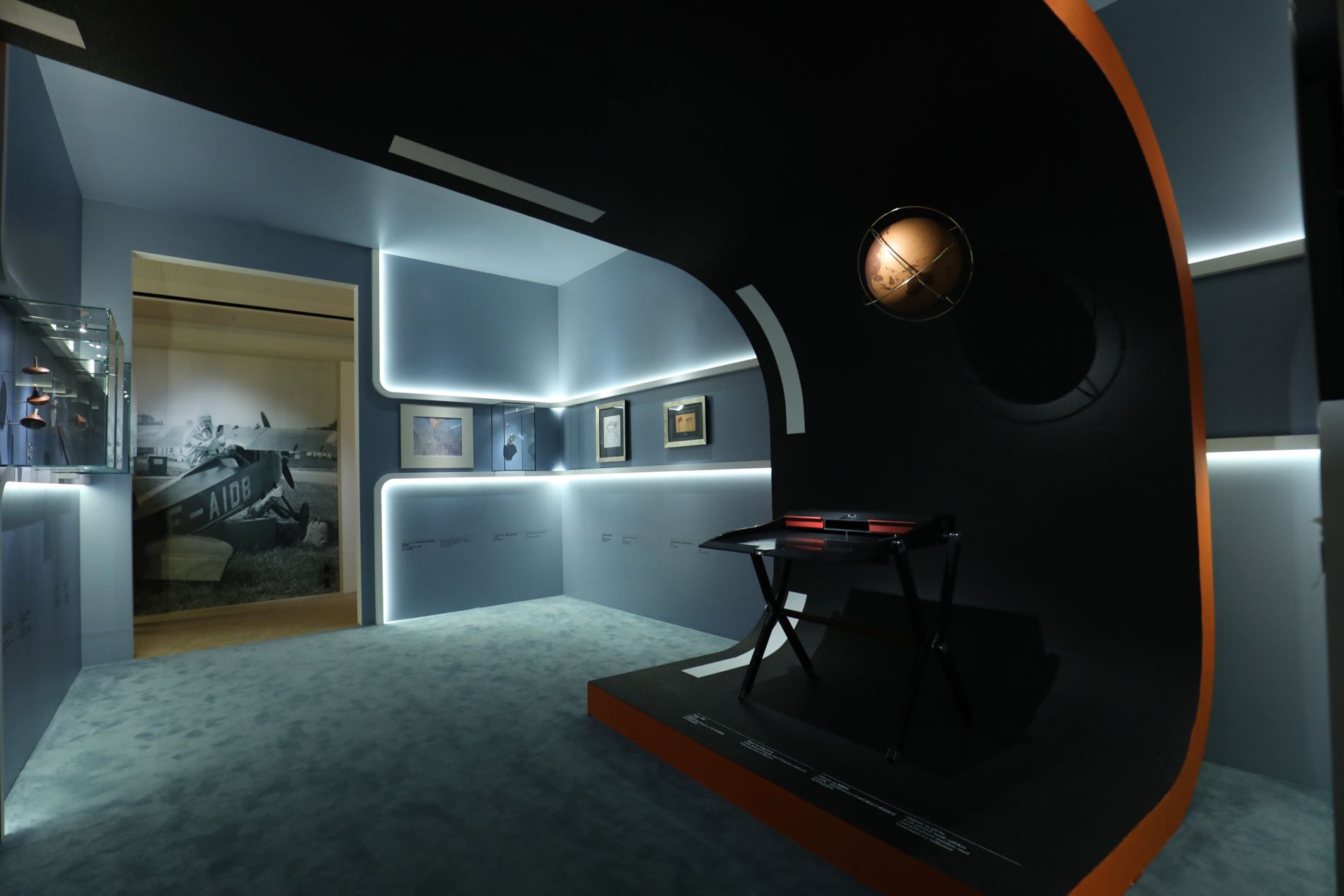