Launched in 2014 to jaw-dropping of epic proportions, MB&F's Horological Machine N°6 has risen to iconic status on the sheer audacity of its construction and design. Now, it embarks on an intended glorious last leg of production: the Horological Machine N°6 Final Edition comes in steel, and is available in a limited edition of 8 pieces. 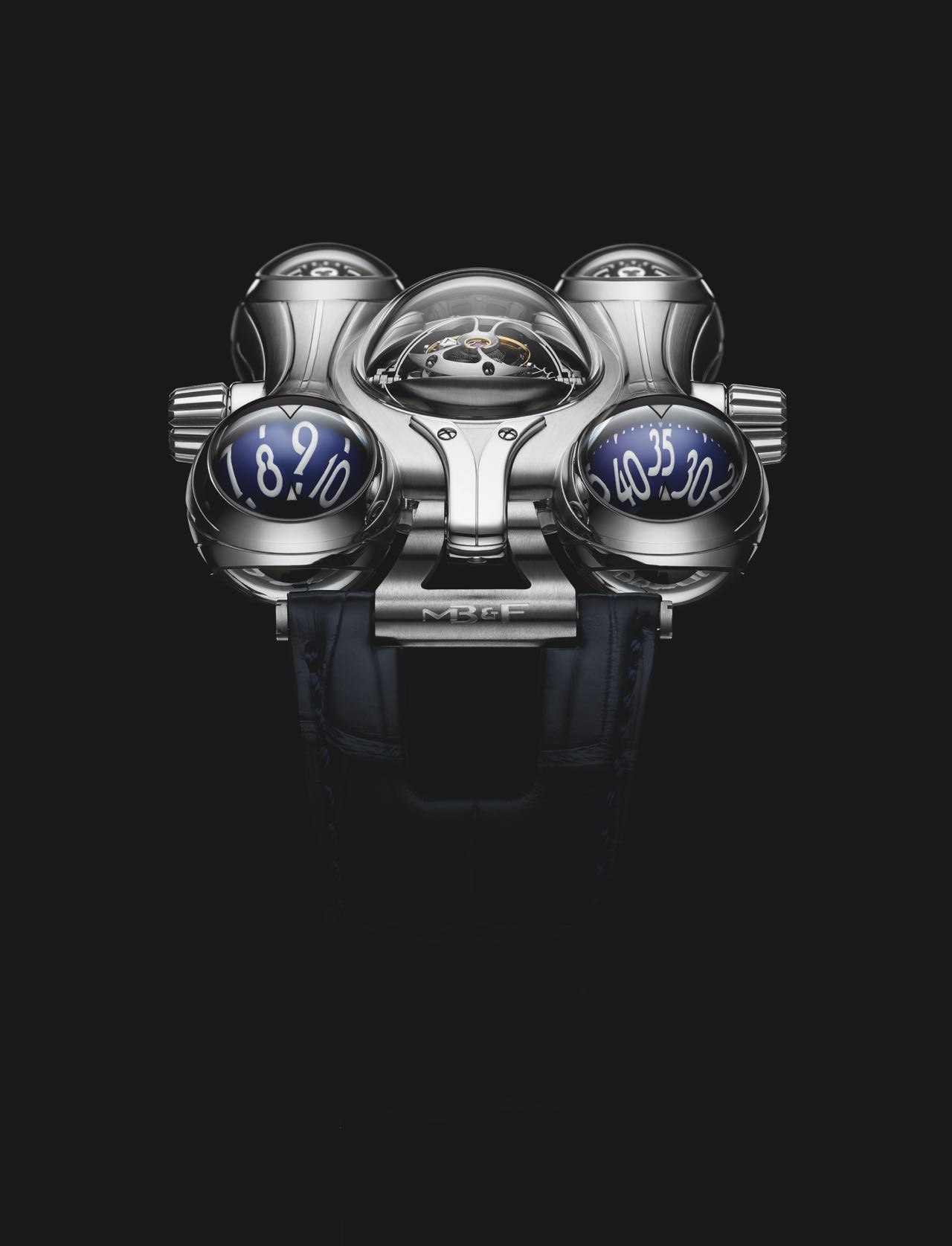 With its biomorphic curves and brushed metal making its debut as "Space Pirate" first in titanium, then in red gold, then as the HM6 Sapphire Vision with its uppermost and lowest sections of the case in transparent sapphire crystal, the most recent HM6 last resurfaced as "Alien Nation" boasting a full sapphire-crystal case. 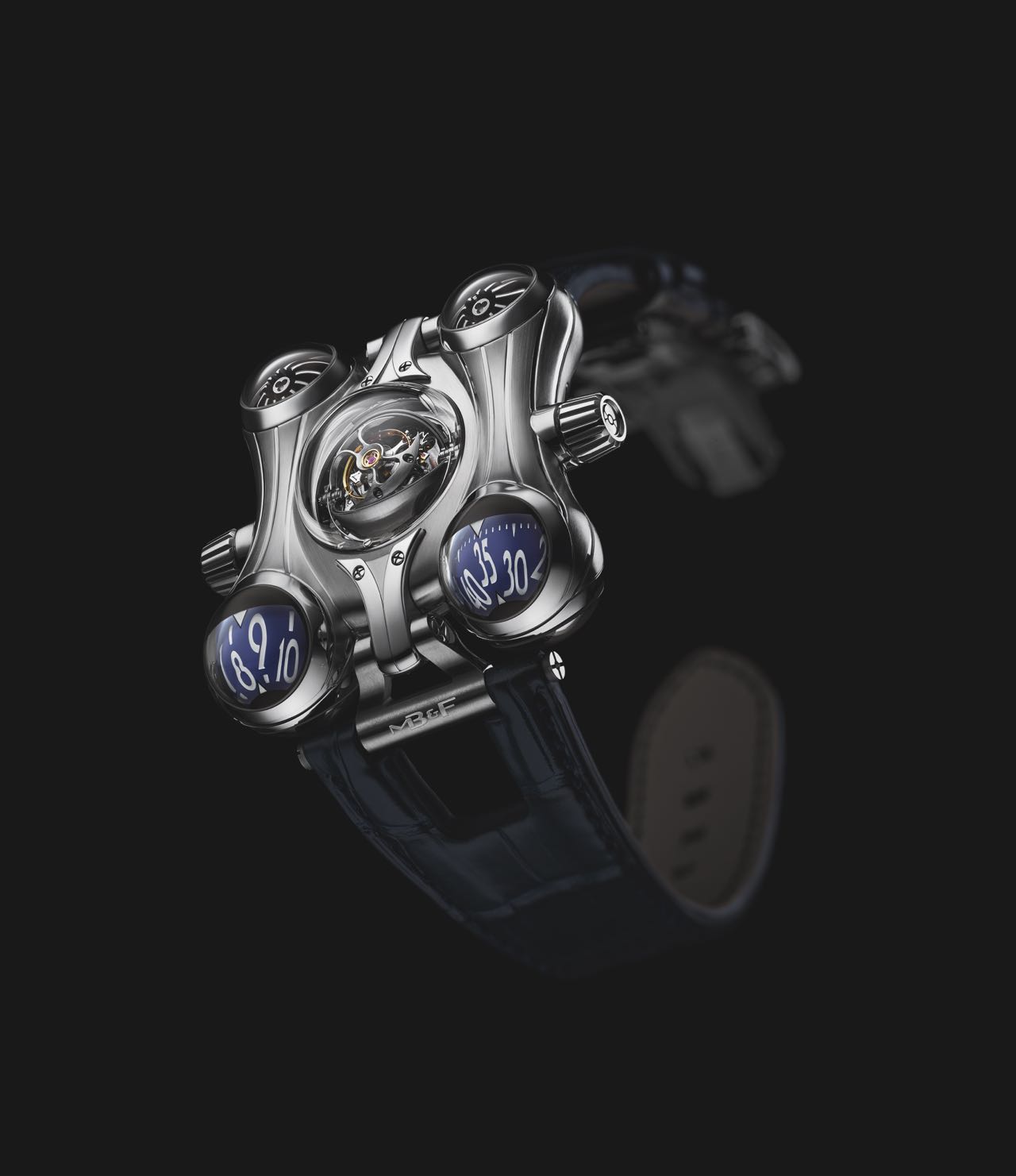 The body of HM6 Final Edition is deeply grooved with polished lines that stretch from the turbine pods to the hour and minute spheres, contrasting sharply with the satin-drawn main surfaces. 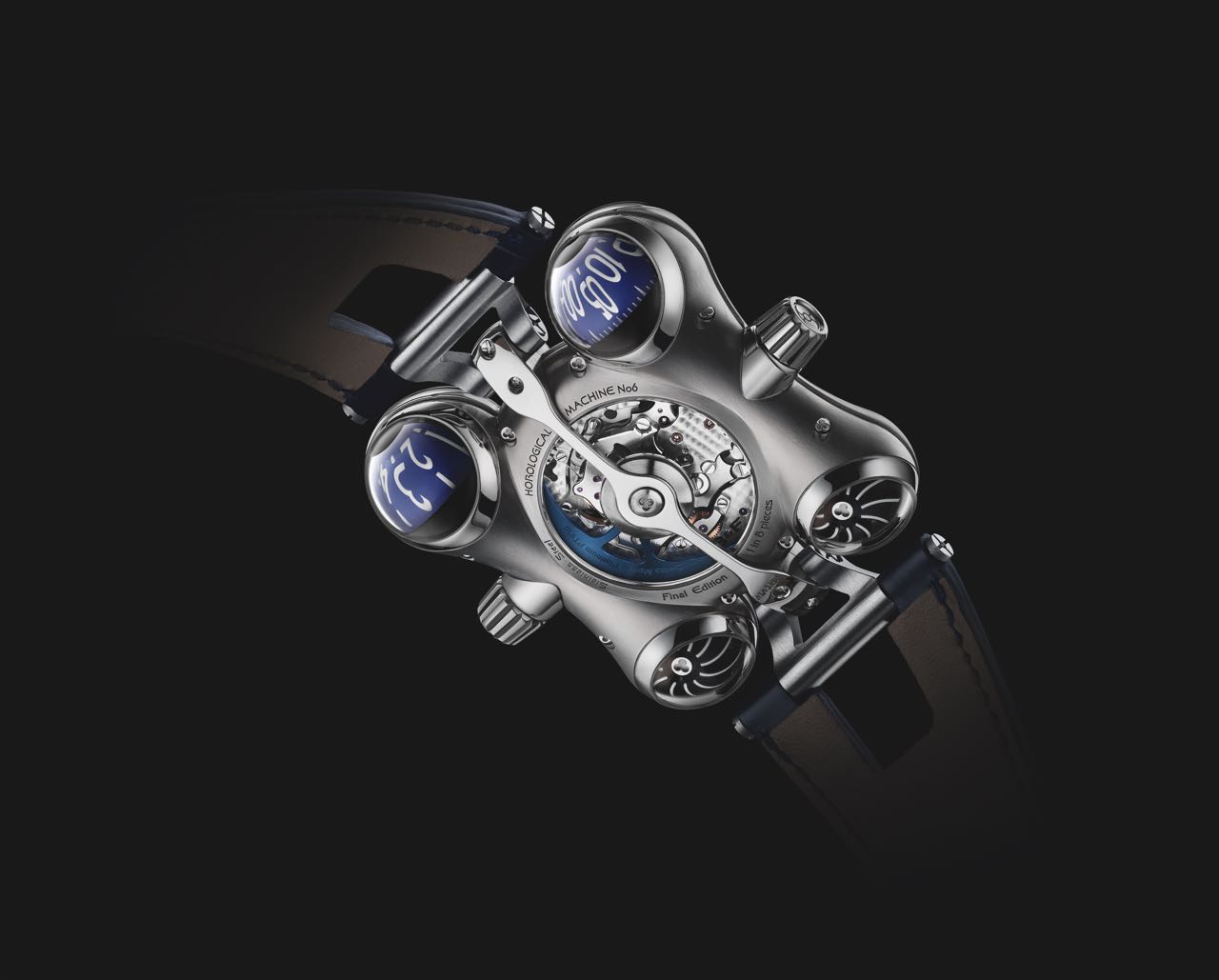 The platinum oscillating weight, visible through a sapphire crystal pane on the underside of the case, has been given a blue PVD (physical vapour deposition) coating in this edition. The hour and minute spheres are also in the same hue, with numerals and markings in Super-LumiNova that glow in light blue. 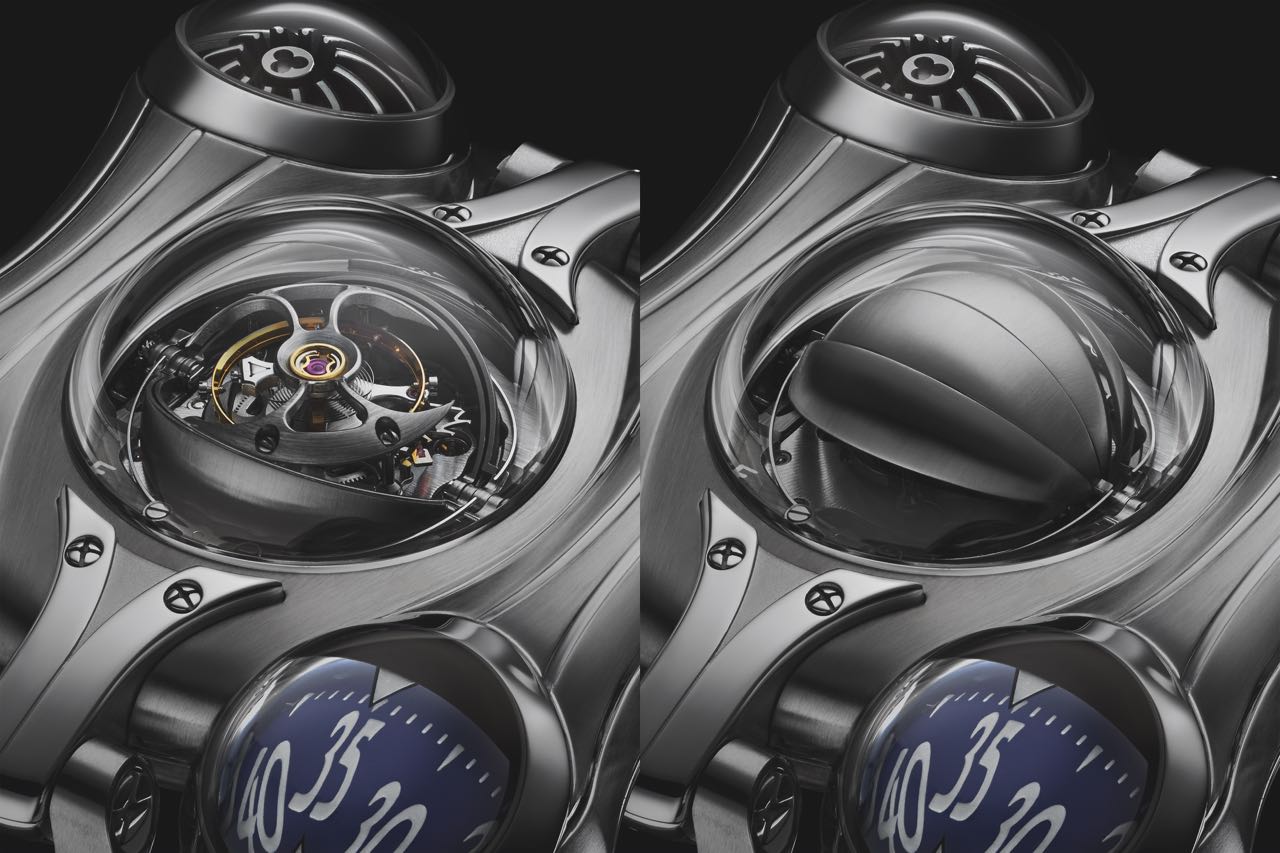 The sapphire crystal dome above the flying tourbillon has also been enlarged compared to previous iterations, and provides a fuller view of the beating regulator in its revolving cage. 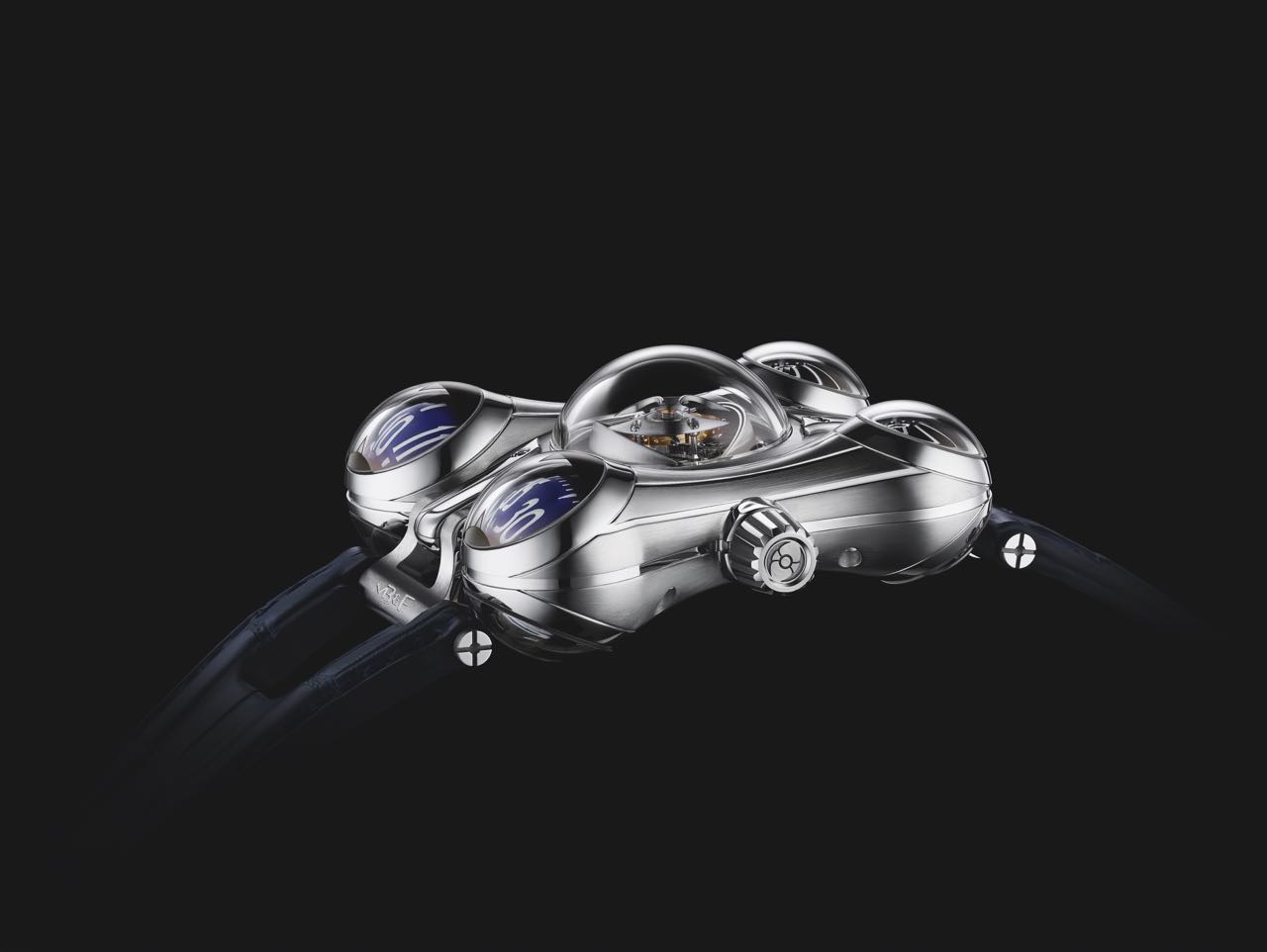 With its retro-modernist take on space travel and technology, from the sleek whirling turbines with curved fins to the cinematic flying tourbillon with its manually operable shutters, the HM6 Final Edition is a fitting final tribute to an industry-changing timepiece.

And like all highly sought after pieces of art, its limited run is a testament and belief by MB&F that the HM6 will endure through time.