Text by Sonia Kolesnikov-Jessop | Photos by

With a team of 2,000 staff around the world and a staff turnover rate of nearly 50%, Joël Robuchon is constantly on the lookout for and training new chefs.

Those who can cope with the punishing work schedule, and demonstrate the necessary flair will catch Robuchon's attention and eventually get promoted such as Vianney Massot, who has just been named Chef de Cuisine at the 2-Michelin starred L'Atelier de Joël Robuchon at Resorts World Sentosa (RWS). 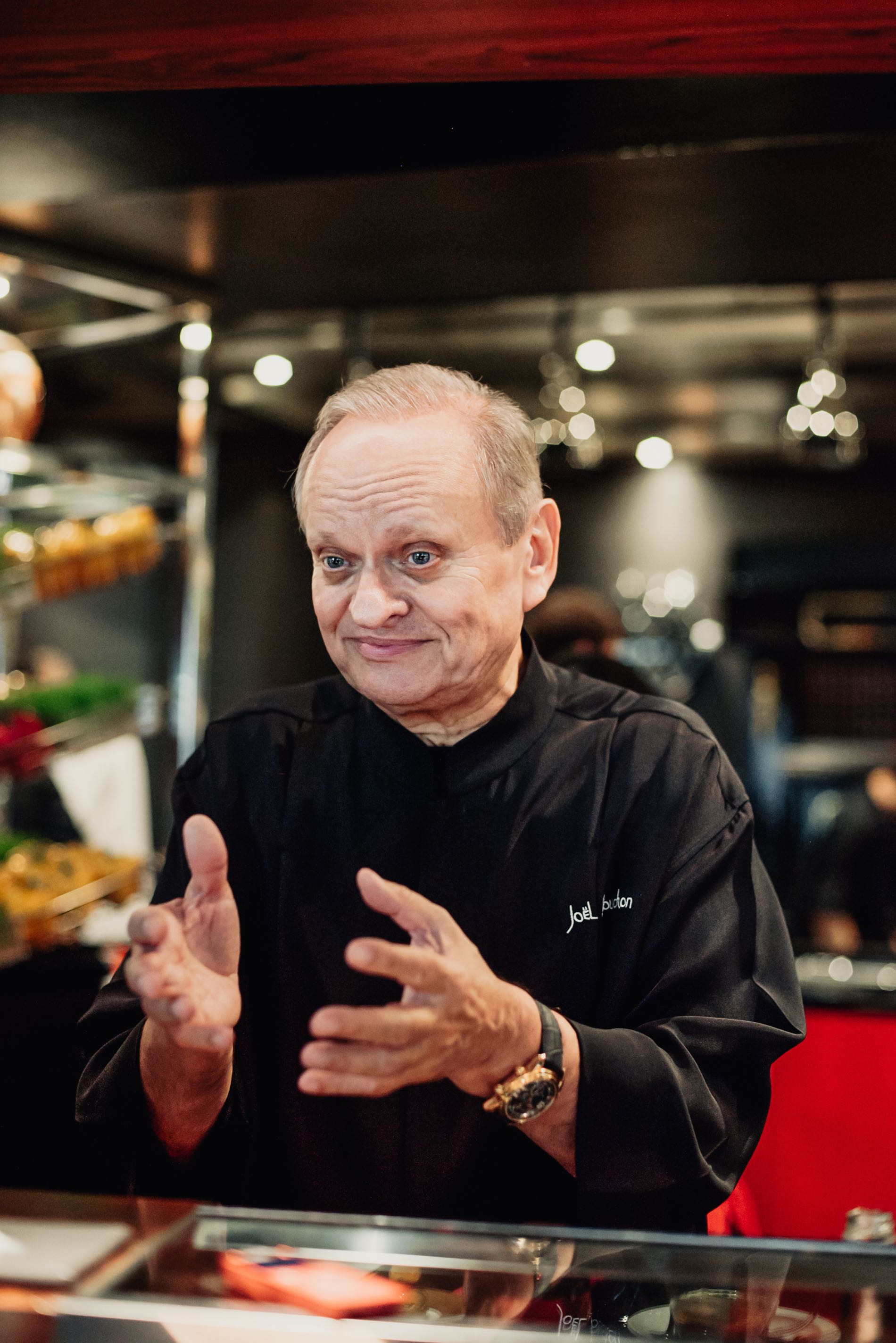 It's quite a responsibility, but Robuchon has full confidence in Massot, who at 26 is one of the youngest head chefs in Robuchon's culinary empire: "I remember finding him in the kitchen once at 6am, when he was only due to start at 9am, and he was crying because he couldn't do what he wanted to achieve."

I realized he was so motivated I knew he would succeed. When there is passion and talent, it always works!" 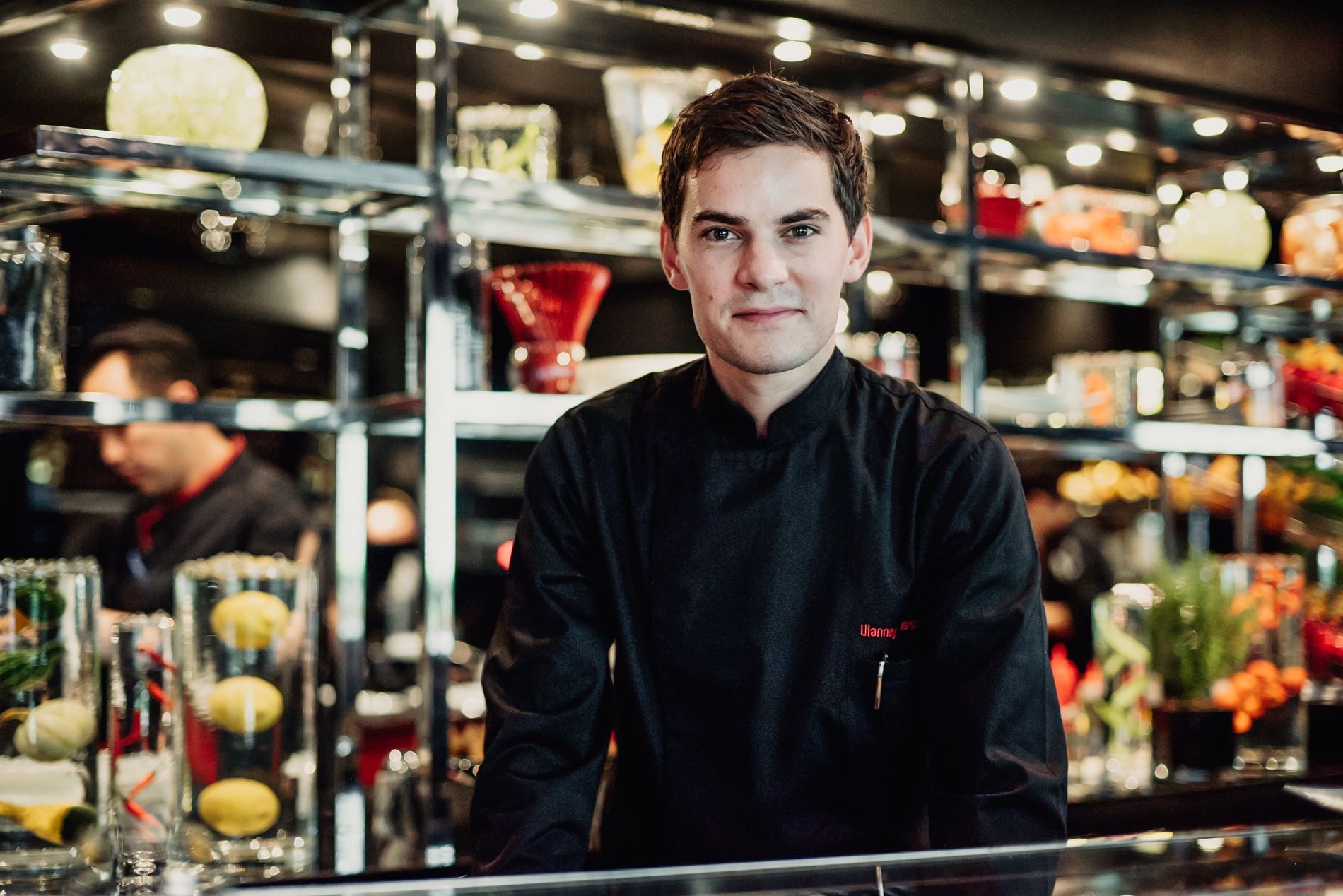 At 72, the most Michelin starred chef in the world (he has garnered 31 throughout his career) shows no sign of slowing down.

He is looking for commitment and dedication to excellence in his top team: "You really can see early on the ones who've got it, how they get involved in their work, how they interact with others."

Having first surprised the culinary world by announcing an early retirement in 1996, the celebrated chef made a surprise comeback in 2003 with an innovative new concept: seating his guests at a counter around an open kitchen. Inspired by the Spanish tapas bar and Japanese Sushi counter, L'Atelier de Joël Robuchon concept has since been scaled around the world and become one of the most successful high-end restaurant chains, gathering many Michelin stars in the process.

Robuchon says L'Atelier's open concept has brought a lot of benefit to his kitchen. For example, with their cooking visible to all, his chefs need to ensure their kitchen is always pristine and they stay on their best behaviour, while interacting directly with diners helps improve their people skills more quickly. "There is a lot less shouting nowadays than there used to be," he says with a laugh.

But that direct contact with the customers also has a major drawback for the group: "With this open design, my staff get directly solicited. I've witnessed this numerous times, even when I was in the kitchen — a hotel manager made a proposal to a youngster in my kitchen! It's even more a problem in Asia, and in particular Hong Kong. They get offered more money or a share in the restaurant and it's human nature to take such opportunities." 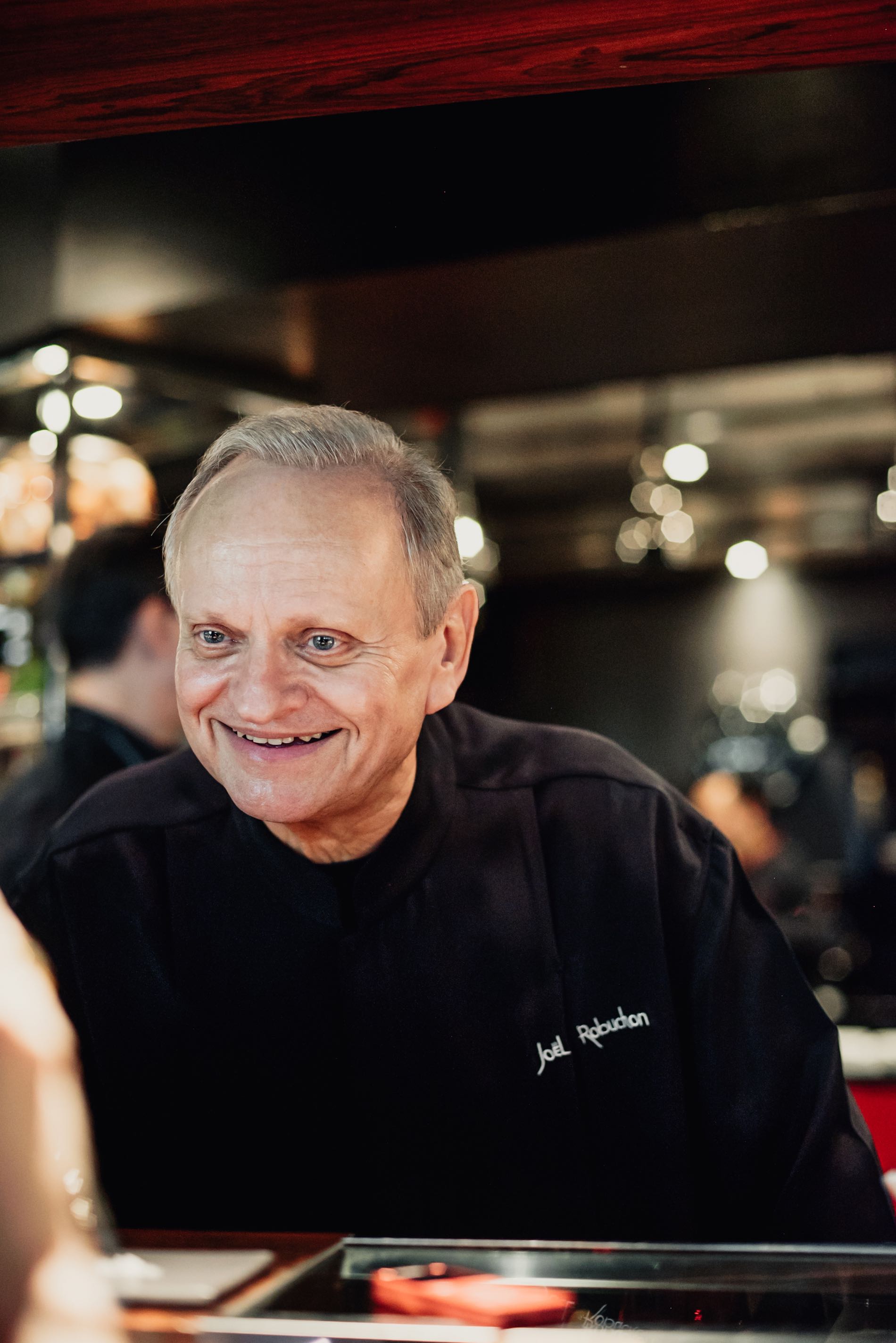 The master chef adds somewhat wistfully, "It's true that with the new generation, many want to go too fast. You do need to learn some basics and certain things you only learn with time."

Nevertheless, Robuchon notes he has also been suitably impressed by many young chefs' strong motivation to succeed: "I see it especially in Europe, less so in Asia really. But in Spain, Italy, France, where there has been unemployment issues and they've seen their parents struggle, it's really changed attitudes toward work."

With such a large group, there are many opportunities for his chefs to gain international experience, something Robuchon actively encourages. "I like my team to rotate around the world. I think it's a great opportunity for them to discover different culinary cultures and the savoir faire of each country, as well as the local products. It helps them progress in their career and that in turn benefits our restaurants," he explains. 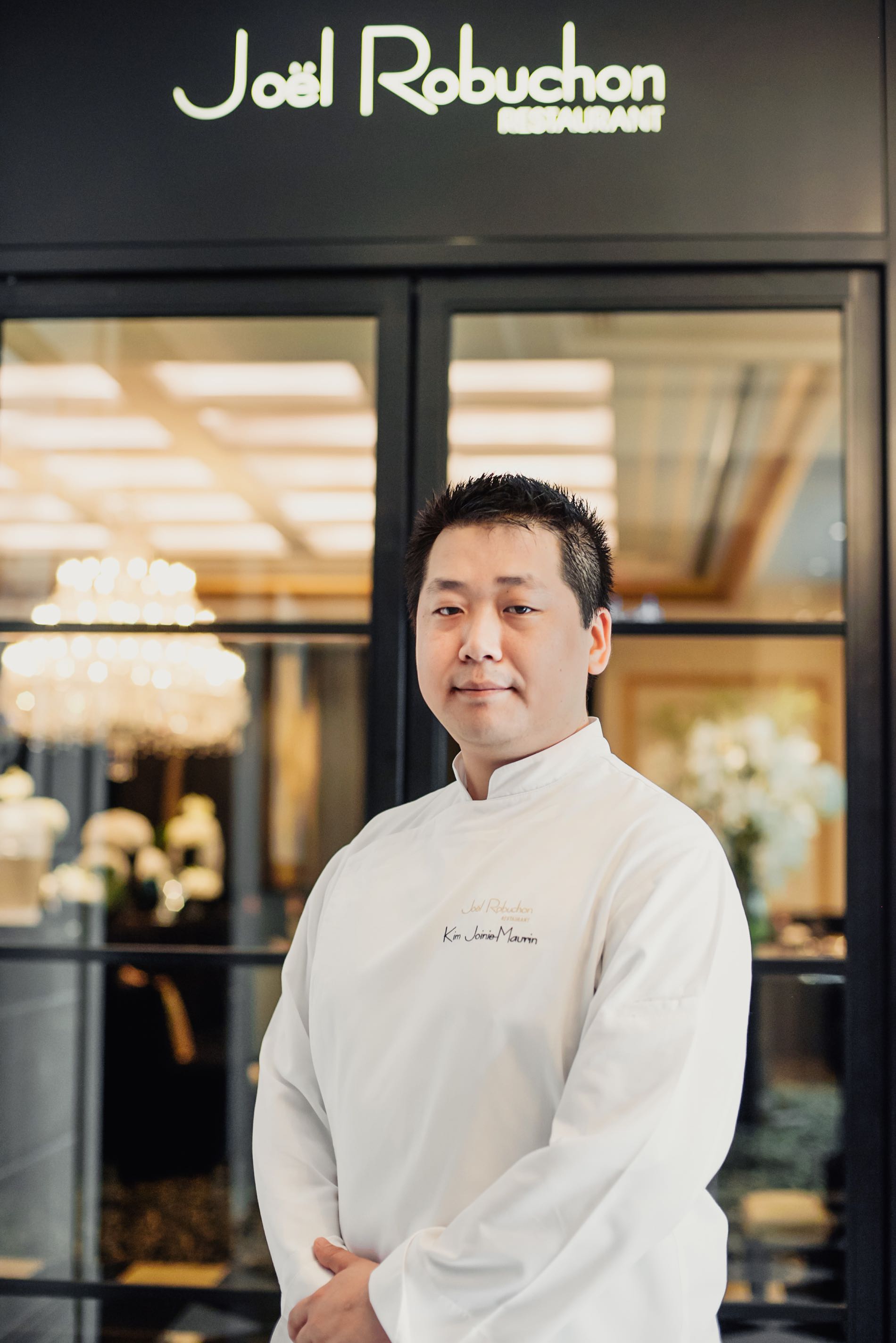 With Michaelidis's transfer, the Singapore gastronomic restaurant will be helmed by Kim Joinié-Maurin, 35, who first joined the Robuchon team in Las Vegas in 2006 right out of culinary school and has been the second-in-command in Singapore since 2011.

I like to promote from within. These chefs have been fully immersed in my DNA..."

... adds Robuchon, who explains that the group's DNA is not just about implementing a certain technique, but also getting an in-depth understanding why you do things a certain way. 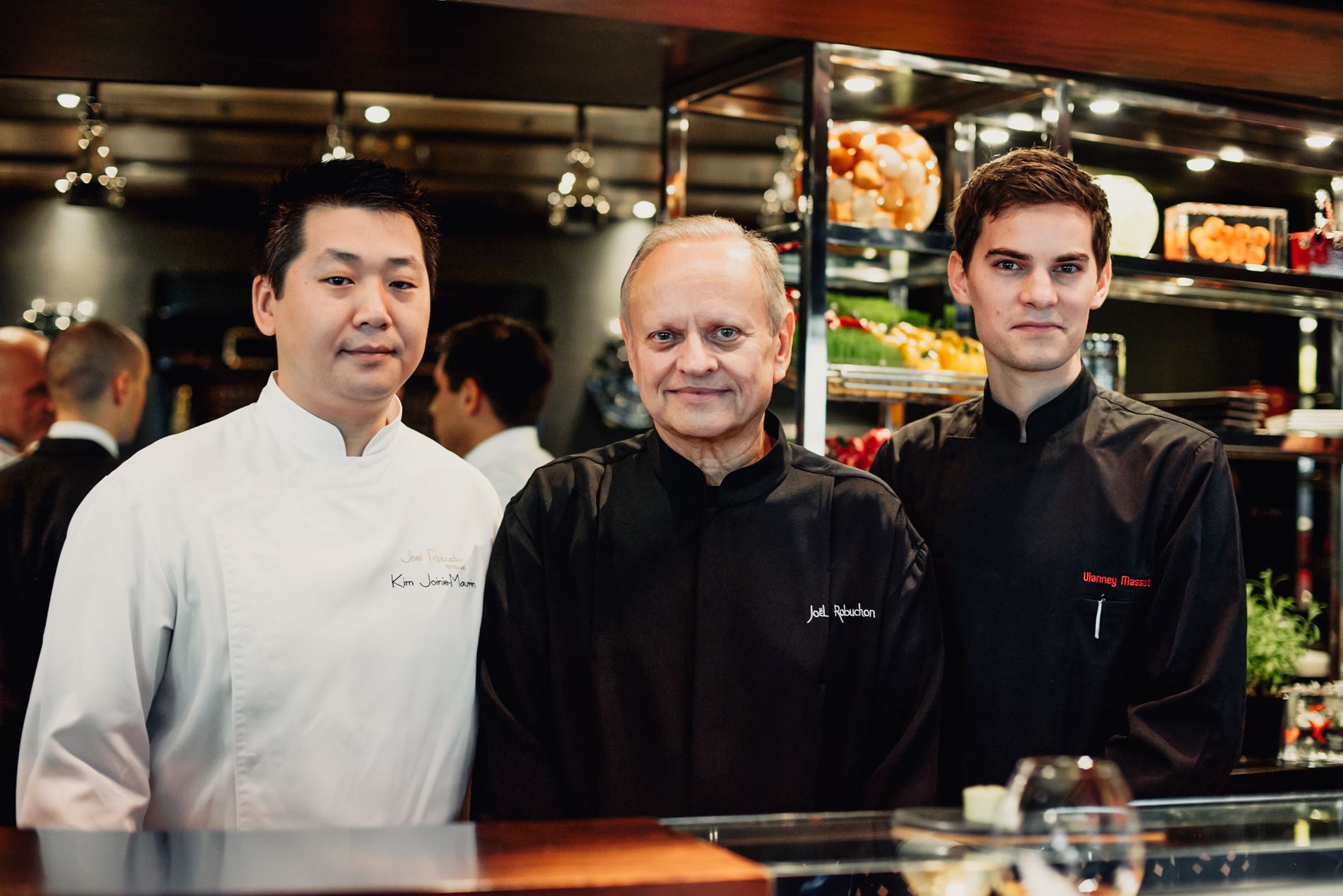 Robuchon is proud that some of his team have been with him for many years and he credits success to their strength: "To succeed today you need a team. A lot of great chefs don't succeed outside of their home-base because they don't have the right team to support them. I have people that have worked for 20, 30, 40 years with me."

It's much easier to direct a group like that. Alone I'm nothing, I can do nothing." 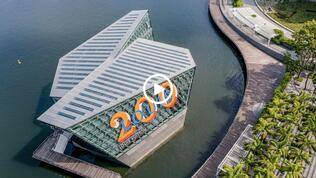