Martin Scorsese on Fostering the Next Generation of Filmmaking Talent #RolexandCinema

Martin Scorsese's status as one of the all-time masters of filmmaking is beyond dispute. The Rolex Testimonee is the most-nominated living director of all time, with nine nominations for the Academy Award for Best Director. His body of critically-celebrated work spreads across six decades, Taxi Driver in 1976, Raging Bull in 1980, Goodfellas in 1990, Gangs of New York in 2002, The Aviator in 2004, Hugo in 2011, The Wolf of Wall Street in 2013, and the Netflix-streamed The Irishman just last year. He garnered the Oscar for Best Director for The Departed in 2006.

Every master starts as an apprentice, and Scorsese is the first to admit that he wouldn't be where he is today without the benefit of generous guidance during the early stages of his career. 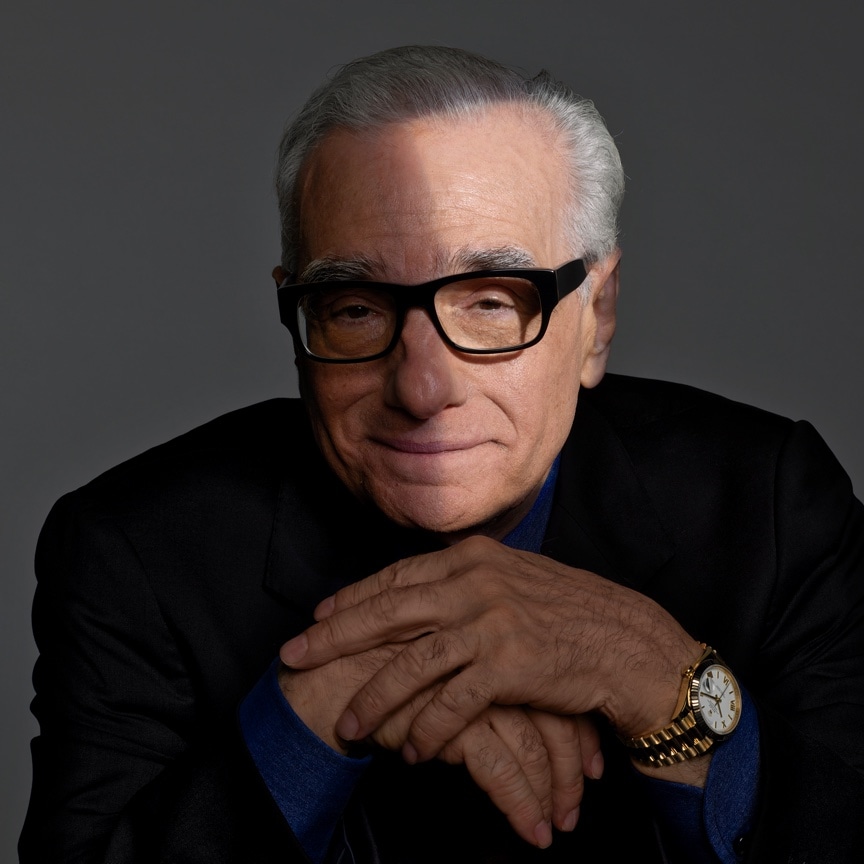 Rolex Testimonee Martin Scorsese and his Day-Date 40
His Oyster Perpetual Day-Date 40 in 18 ct yellow gold with
a white dial, Fluted bezel and a President bracelet.
The Day-Date was the first watch to indicate the day of the week
spelt out in full when it was first presented in 1956. Find out more.

In a recent interview for the Rolex, Scorsese singled out the influence of a teacher at Washington Square College (now New York University, NYU), Haig Manoogian.

At orientation day in 1960, Scorsese said, "This gentleman got up and spoke for about an hour with such passion and energy about cinema and about expressing yourself with visual images and telling stories with pictures and the development of the history of cinema."

Manoogian's enthusiasm energised the wannabe director. "I never heard anyone speak that passionately, like a zealous preacher in a way," Scorsese explained. "I became part of the cult in a sense right from there, and I said: ‘This is the place I want to go to; I want to study under him.' That's how it happened."

During Manoogian's weekly classes, Scorsese recalled, "He pushed us, cajoled us, beat us down, then built us back up again. He set a fire in our hearts, and gave me the greatest gifts of all. Much greater than technical knowledge, because he inspired me to acquire my own knowledge, and to believe in myself. It's one of the most precious gifts I ever received, and I give thanks for it every day of my life."

Manoogian certainly wasn't Scorsese's only early mentor, though. Following his graduation, as an aspiring filmmaker in Hollywood in the late 1960s and early 1970s, Scorsese was fortunate enough to be advised by several giants of Golden Age cinema. He told Vanity Fair that George Cukor, director of Gone with the Wind (1939), "was very kind and very supportive," as was King Vidor, director of The Wizard of Oz (1939).

Legendary writer-director Billy Wilder also provided valuable counsel, Scorsese said, in explaining the commercial realities of the movie business and the need to make films that would either turn a profit or at least cover costs, allowing the director to secure their next project. "He was very realistic about it, and with good humor."

One of Scorsese's most important mentors was Michael Powell, the director of The Red Shoes (1948) and Peeping Tom (1960). "We became friends. He came to New York and started working with Francis Coppola at Zoetrope, and he eventually married my editor, Thelma Schoonmaker. But it was more than picking his brain," Scorsese told Vanity Fair. "He became like a part of the family, with him, my parents, and everybody working on the films. So it was a constant dialogue, and this was very, very important in the films I made over the years, because they're heavily influenced by his work."

A close bond also developed with actor, director and screenwriter John Cassavetes, who gave young Scorsese one of his first jobs on-set. "He had me work as an assistant sound editor on a movie called Minnie and Moskowitz. I didn't do anything! I just would follow him around and watch him cut film late at night, and he would dictate stories," Scorsese said. "I'd go to his house on Mulholland Drive, where he lived with Gena Rowlands, and hang out… It was quite a time, and it was very special to be around him. And he had an extraordinary effect on me".

For his next movie, Cassavetes would encourage Scorsese to pursue a more personal vision, to tell a story that rang true to him. Scorsese listened, and in 1973, he made Mean Streets — and made his name.

Since the mid 70s, Scorsese has been actively mentoring young up-and-coming directors and producers. Many of these individuals, who often served as Scorsese's assistants, would go on to forge prominent careers in the industry.

Scorsese's present producing partner, Emma Tillinger Koskoff, began assisting the director in 2003 and within a few years, was promoted to production president. Her production credits include Shutter Island (2010), The Wolf of Wall Street (2013), Uncut Gems (2019), Joker (2019) and The Irishman (2019).

Alfonso Gomez-Rejon, American film and television director most known for Me and Earl and the Dying Girl (2015), and who has directed numerous episodes of American Horror Story (2011 – present) and Glee (2009 – 2015), learnt the ropes assisting Scorsese on 1995's seminal Casino, which starred Robert De Niro and Joe Pesci.

Speaking to National Public Radio (NPR) about the experience, Gomez-Rejon said, "That's the dream — to see the master at work. You know, you're sitting back, and (it's like) you're watching, you know, da Vinci or somebody, Jackson Pollock… You're watching them work and seeing that creative process… the sketches that he's making on the page and how he's realising those and making them real and communicating his vision and how uncompromising he is, but how generous he was and humble he was throughout." 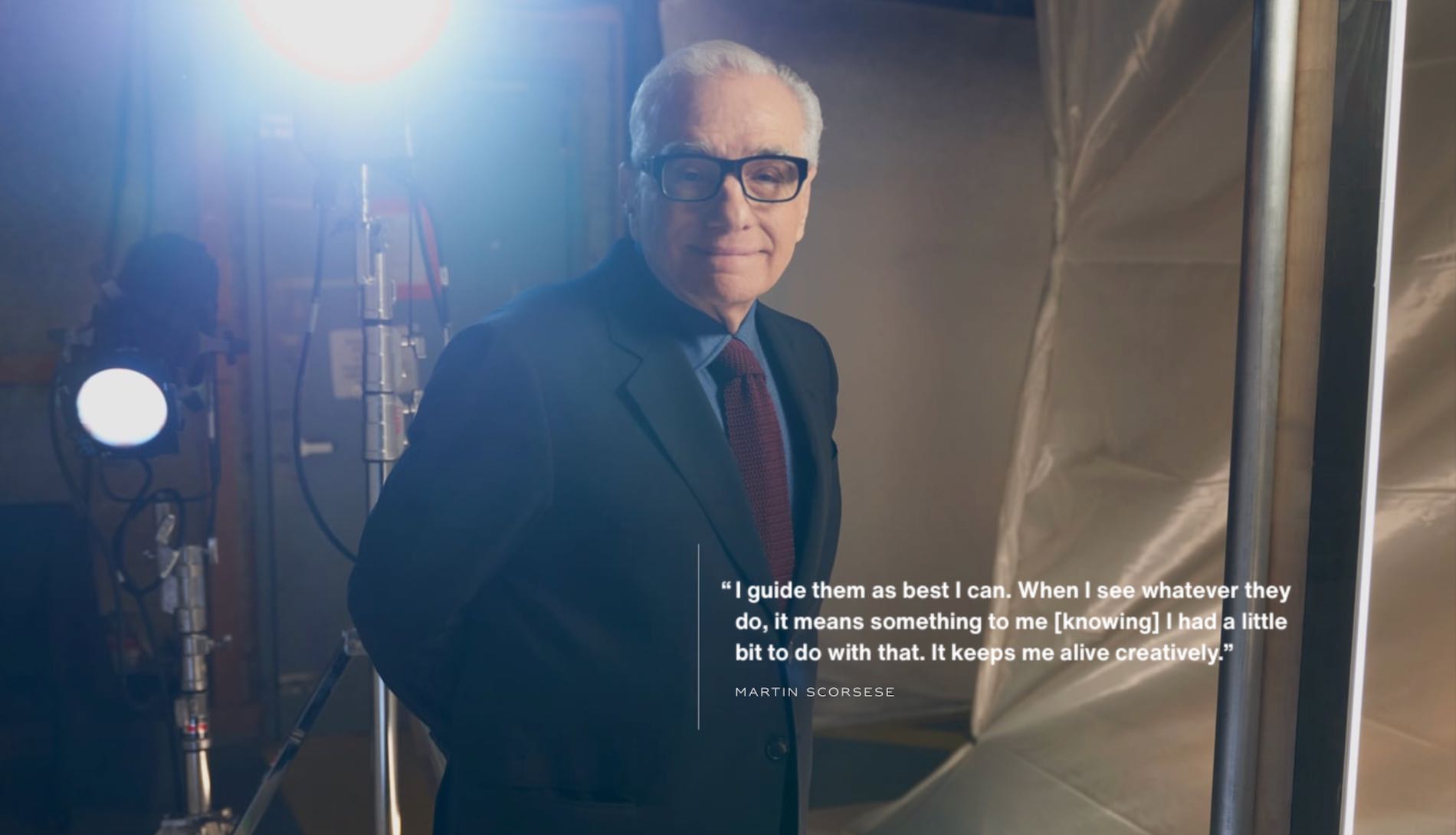 In addition to mentoring beginners in the industry, Scorsese also regularly guides more developed talents, whether as a producer, via his Emerging Filmmaker Fund, through the UNESCO-backed African Film Heritage Project he supports, or as part of the Rolex Mentor and Protégé Arts Initiative.

Celina Murga had already directed two feature films when Scorsese chose her as his Rolex protégé in 2008, inviting her to observe the filming and editing of his movie Shutter Island starring Leonardo Di Caprio. "It was amazing to see how his mind works," Murga recalled of her time at Scorsese's elbow. "We both work in this very obsessive way. He's also very concentrated during the take, observing every detail of the image. That's something I really care about as well."

Murga was honoured to have Scorsese offer her advice as she developed the treatment for her own next film. "As he talked, he was 'editing' scene after scene. He suggested moving around some sequences and scenes. In the new combination of scenes and images, the film became much more powerful and moving," she said. "He was really enthusiastic about the new version and surprised at how much progress I'd made." 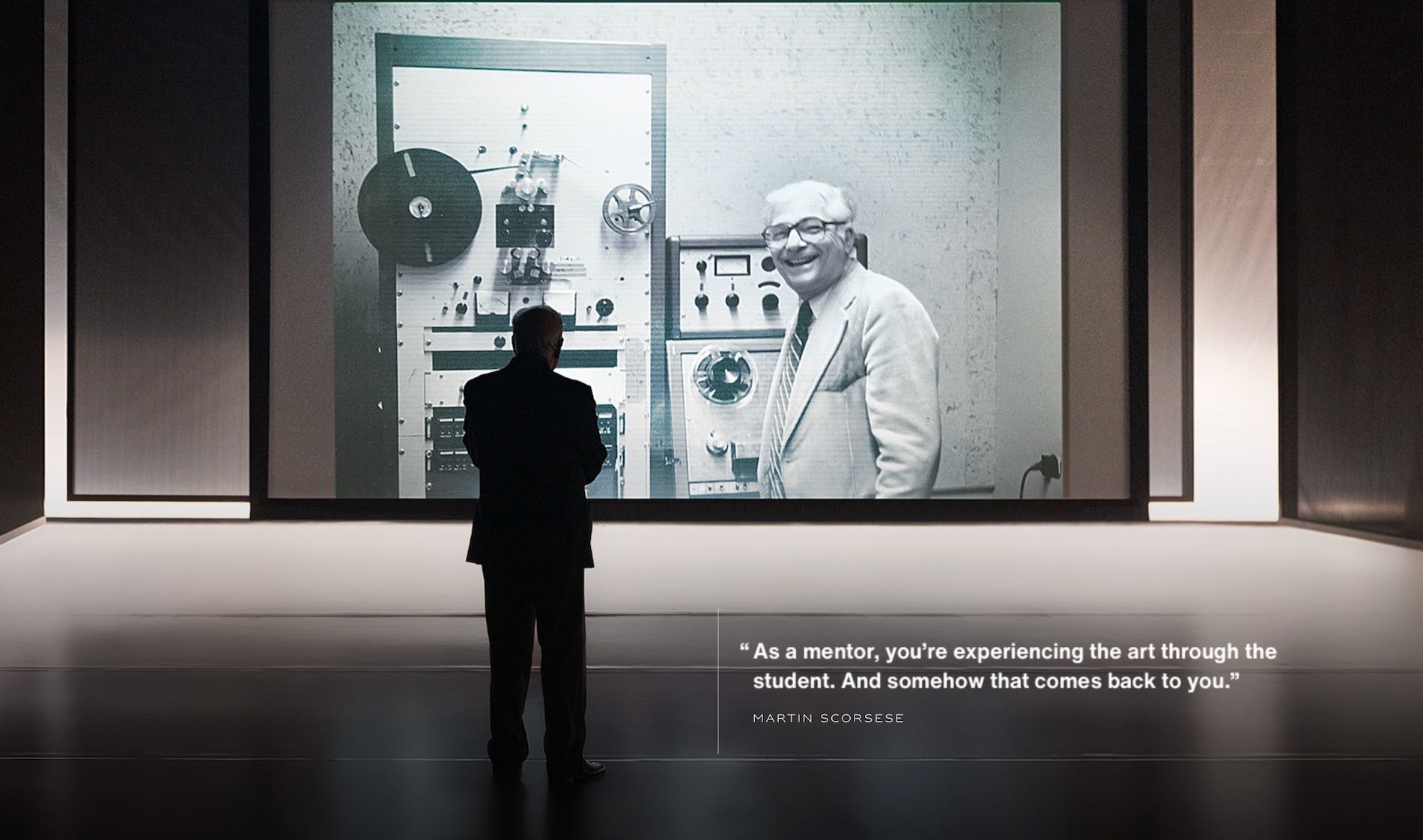 It's not just the protégés that benefit from the mentorship programmes, according to Scorsese. "The mentor gets as much inspiration as the protégé," he said, referring to the Rolex Mentor and Protégé Arts Initiative which has coupled more than 50 talented individuals from disciplines including visual art, dance, music, literature, architecture and film since its inception in 2002.

"As a mentor," Scorsese explains, "you're experiencing the art through the student. And somehow that comes back to you..."

"And there's an incredible satisfaction, the fact that you're able to make someone else flower, in a sense."

When emerging filmmakers work up the courage to ask for Scorsese's advice, he said, "I guide them as best I can. When I see whatever they do, it means something to me [knowing] I had a little bit to do with that. It keeps me alive creatively." 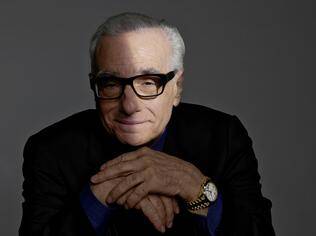