Gucci has unveiled once again Ni Ni as brand ambassador for its eyewear advertising campaign for the Spring-Summer season. The actress has been the face of the eyewear collection for the past four seasons.

Set on a desert highway in the heat of the day, Ni Ni is looking for a ride. She holds pieces of corrugated cardboard with her destinations written on them: "OUTTA HERE" and "SOMEWHERE".

Inspired by cinematic imagery and shot by photographer Hugo Scott and art directed by Christopher Simmonds, the campaign is colourful and whimsical; the actress, dressed in Gucci and wearing Gucci eyewear, cuts a distinctive figure, a character in an imaginary road movie. 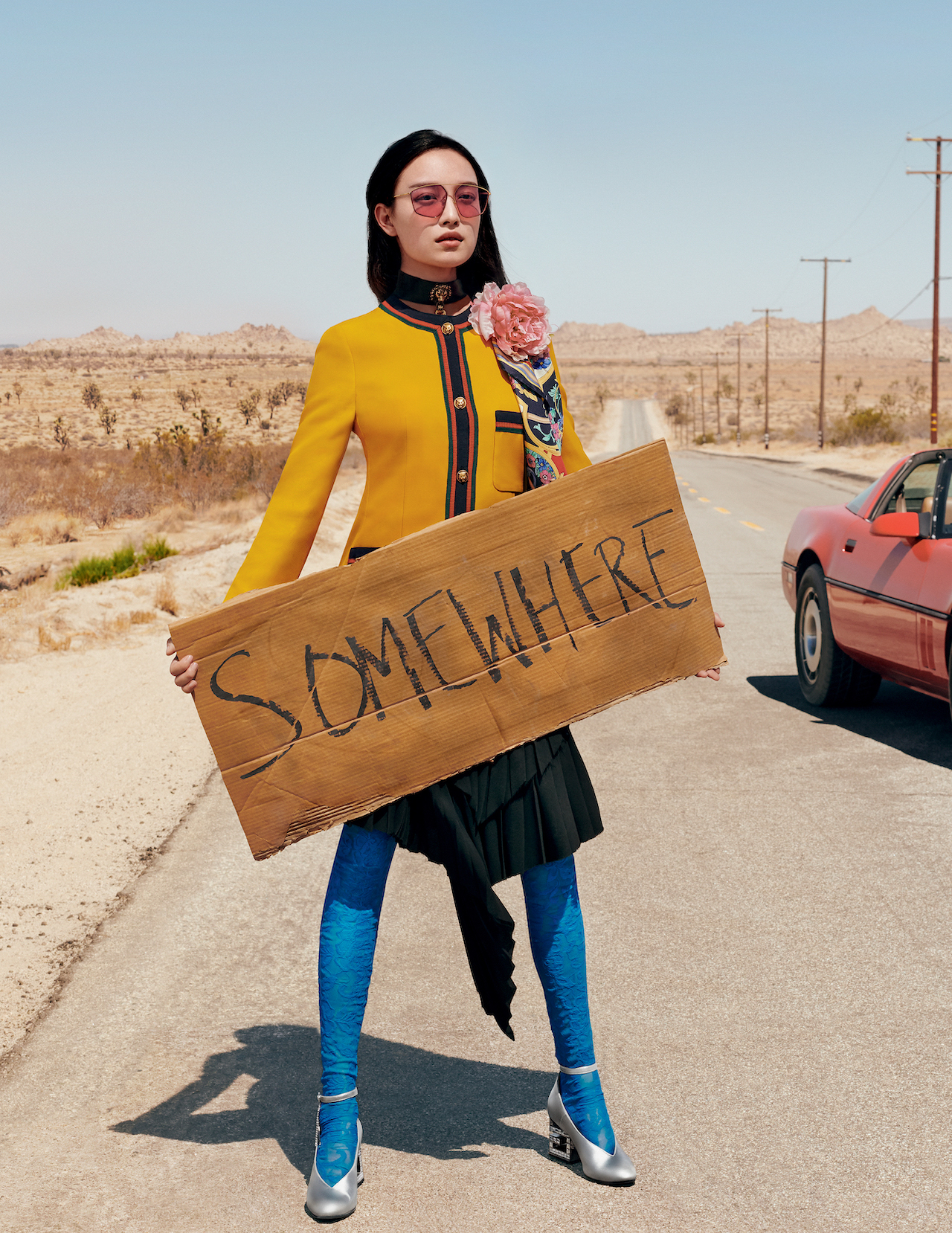 In one image, Ni Ni wears an eye-catching sunglasses style featuring an ultra-light, shiny gold-toned metal frame with a parabolic lens shape; the lens is in a solid cherry colour. The bridge over the nose forms part of a continuous sweeping curve, and Gucci lettering marks the slim temples; there is an interlocking G detail on the cut-out end-tips of the arms. 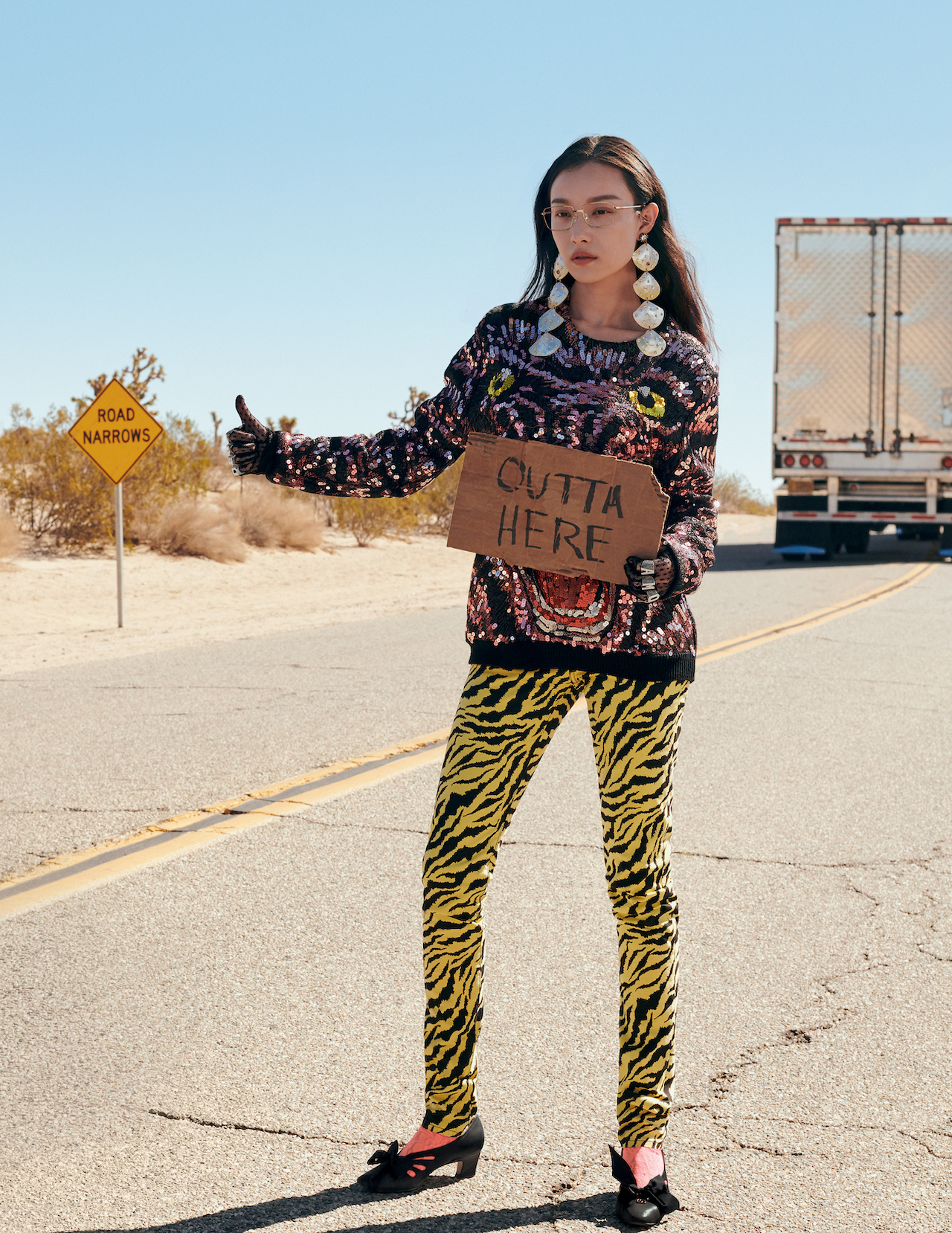 In another shot, Ni Ni sports a timeless rectangular optical frame, which presents a front metal rim and slim temples, all in shiny in gold colour. As with the other style, the temples are adorned with Gucci lettering and the Double G motif appears on the cut-out end-tips of the arms.