From the Spring of 2018 onwards, Roger Dubuis has announced it will be one of the main sponsors of the Lamborghini Super Trofeo: the legendary Lamborghini one-make series. 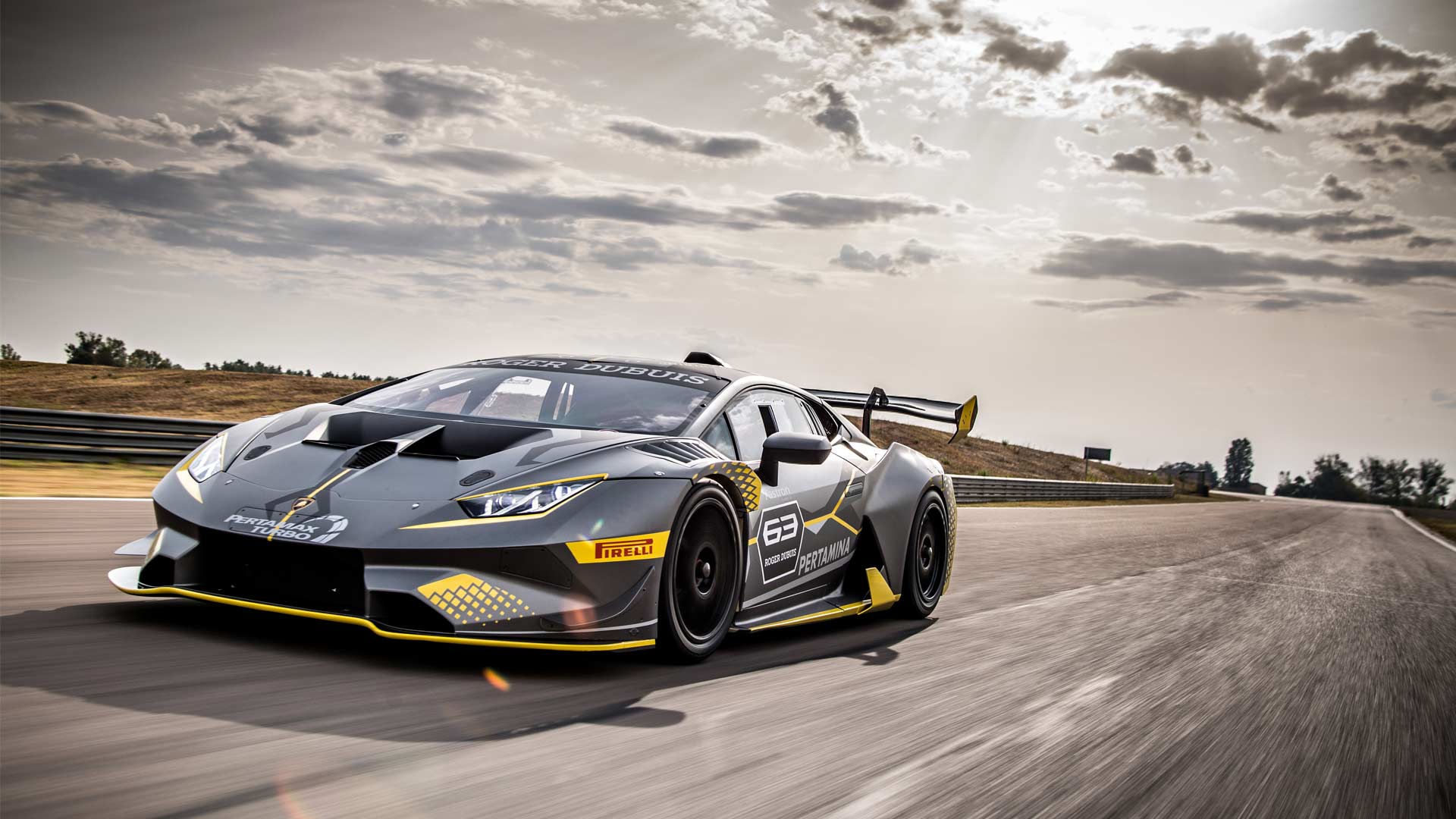 The competition has the drivers all competing in the same car essentially, with the brand-new Huracán Super Trofeo EVO. It will be attired in an all-new carbon ibre body kit developed with Dallara, one of the most inluential Italian irms on the worldwide motorsport scene.

It is on this occasion that the coming together of the two brands was revealed - the best of Italian aesthetic flair and performance, with the ultimate in Swiss precision and mechanical instruments.

The resulting two models combine noble and high-tech materials while ensuring top-rate performance. These include multi-layered carbon and C-SMC carbon based on the same technology as that used for Lamborghini cars – a world premiere use of this material featured in the orange-liveried 8-piece limited edition. 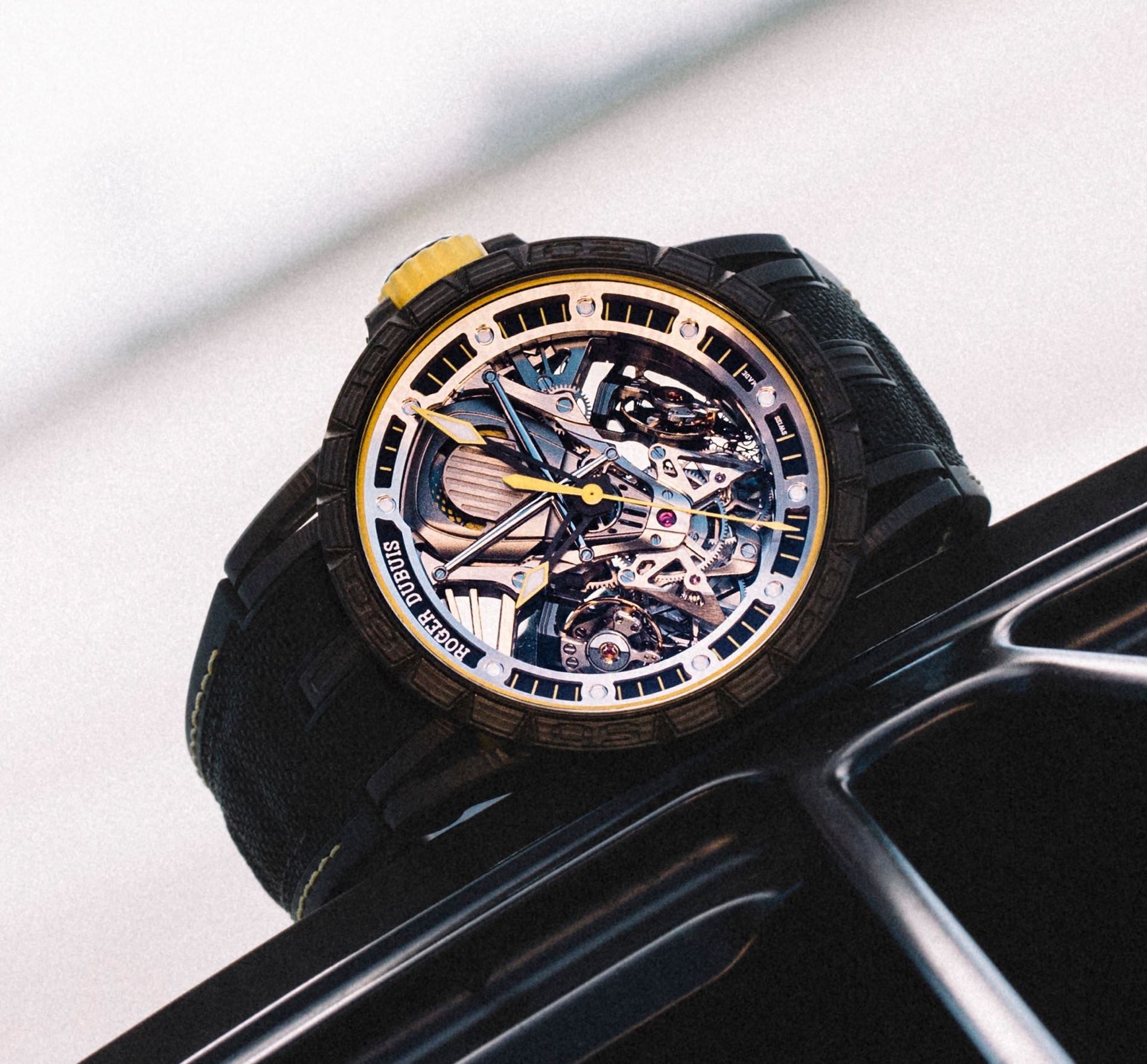 In line with its "Powered by Raging Mechanics" motto, the Excalibur Aventador S is powered by the specially developed Duotor calibre.

This Lamborghini-exclusive Roger Dubuis movement embodies an ongoing evolution of the Maison's expertise, entirely reinterpreted in light of this automobile alliance. 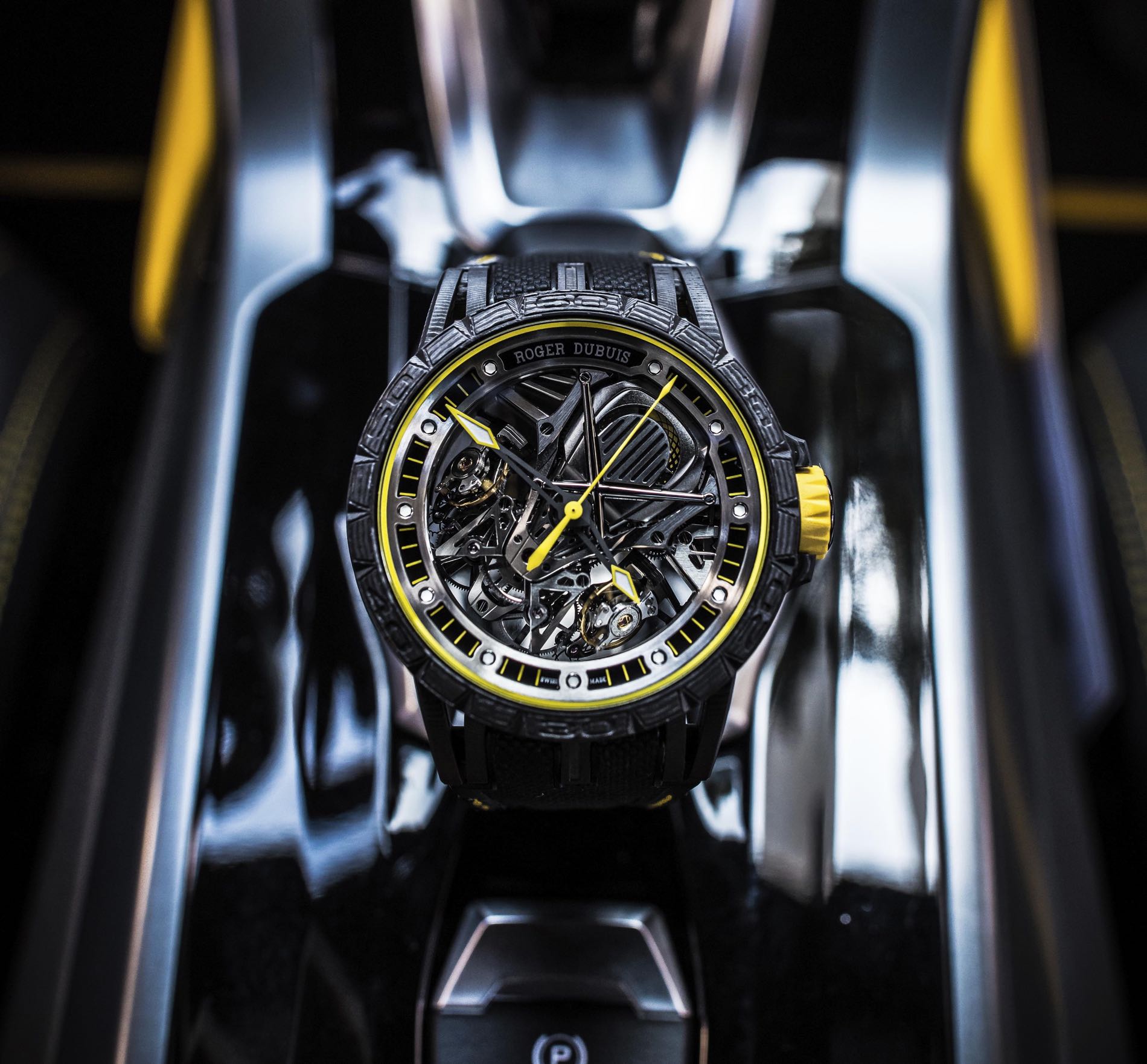 The Duotor calibre is notably distinguished by engine strut bars revisiting the iconic Roger Dubuis Astral Skeleton principle, striking an astounding contrast with the rest of the movement, as if the engine 'hood' were transparent.

Recalling the performance-enhancing longitudinal placement of Lamborghini engines tailored to the design of the sleek, streamlined cars, the double balance wheel is inclined at a similar angle, supported and highlighted by holders shaped like triangular wheel suspension assemblies. 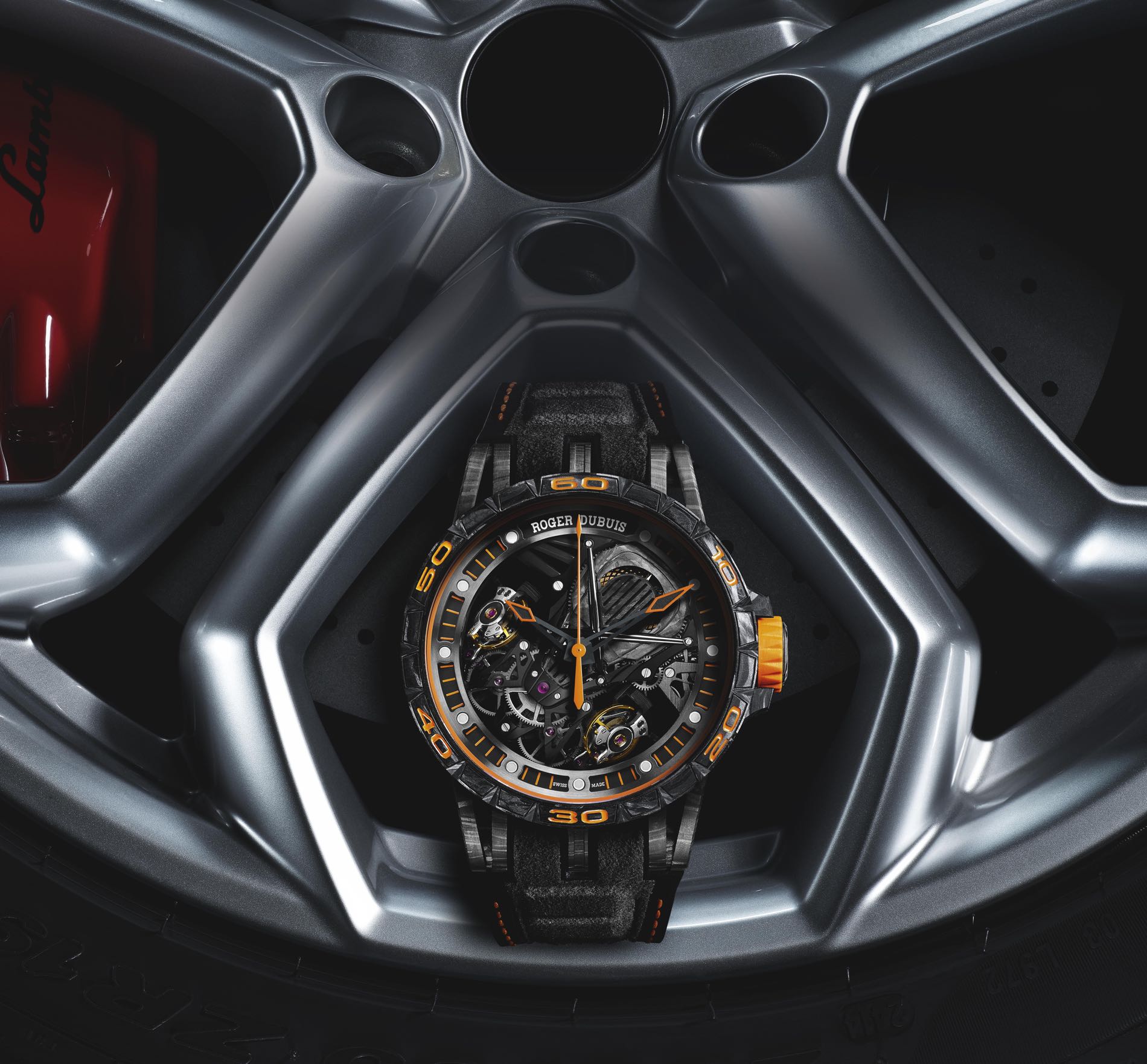 The Excalibur Aventador S is available in two interpretations epitomising the "Dare to be rare" concept through respective 88- and 8-piece limited editions.

The former bears the inimitable Lamborghini "Giallo Orion" yellow paint code picked up in a number of design features, while the even more exclusive series comes in "Arancio Argos".