Rolex and the Legends of Filmmaking | SENATUS

Cinema is a perpetual movement. It has the power to bring history to life and to explore every possible future, both collective and individual. Rolex and Cinema share a common quest for excellence, innovation and progress, while accompanying living legends and new talents. Worn on the wrists of legendary actors, Rolex watches enrich the identity of characters in film. With its screen presence, Rolex is indissociable from the world of cinema.

Decade after decade, a growing cast of celebrities would wear a Rolex onscreen. As their watch of choice, the greatest actors and directors would, in turn, reflect on the watch and bestow it with their own charisma and flair. But after being a guest star on their wrist, both in front and behind the camera, Rolex would soon take on a starring role. 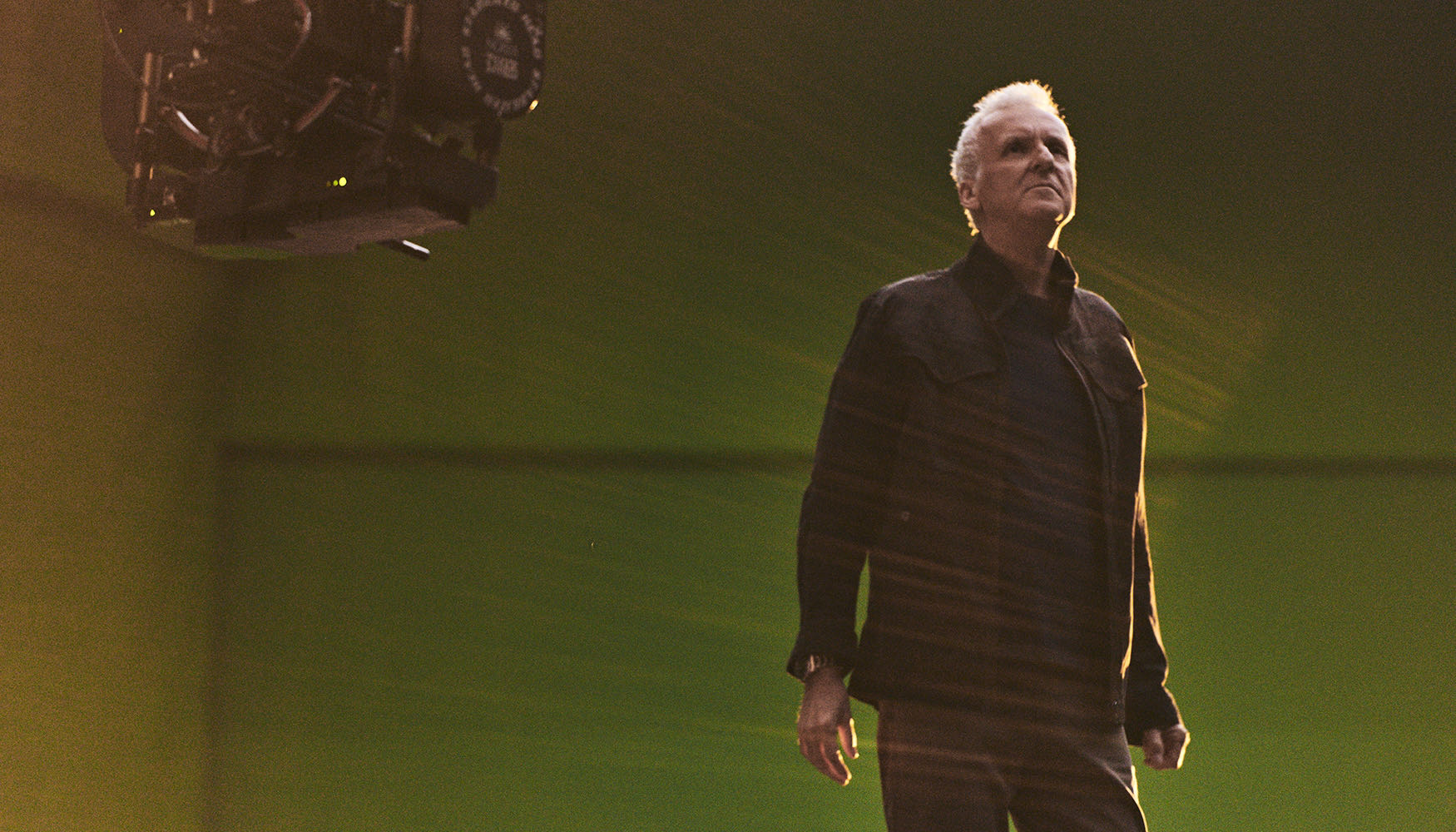 It was in 2017 when Rolex cemented its longstanding association with the film industry, firstly with director Martin Scorsese joining James Cameron as a fellow Rolex Testimonee, and secondly when the brand established a partnership with the film industry’s highest authority, the Academy of Motion Picture Arts and Sciences. 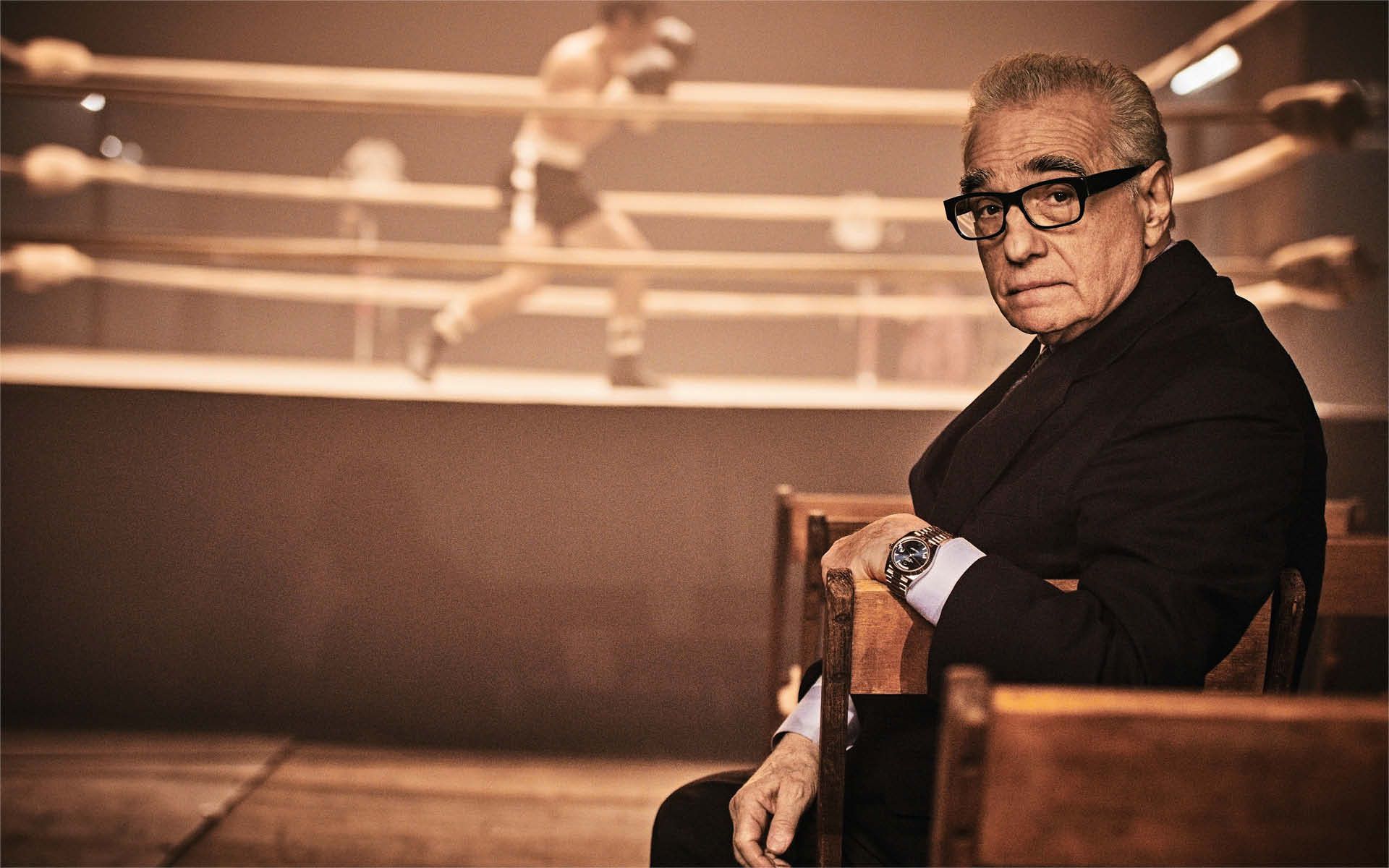 To date, the achievements of these two Rolex Testimonees and true legends of filmmaking, are undisputed but Scorsese and Cameron have not rested on their laurels.

James Cameron, the Oscar-winning director of Titanic (1997) which also won Best Picture, is an auteur whose passion for innovation is matched only by that of exploration. These two facets are woven into each of his exploits and each of his films. 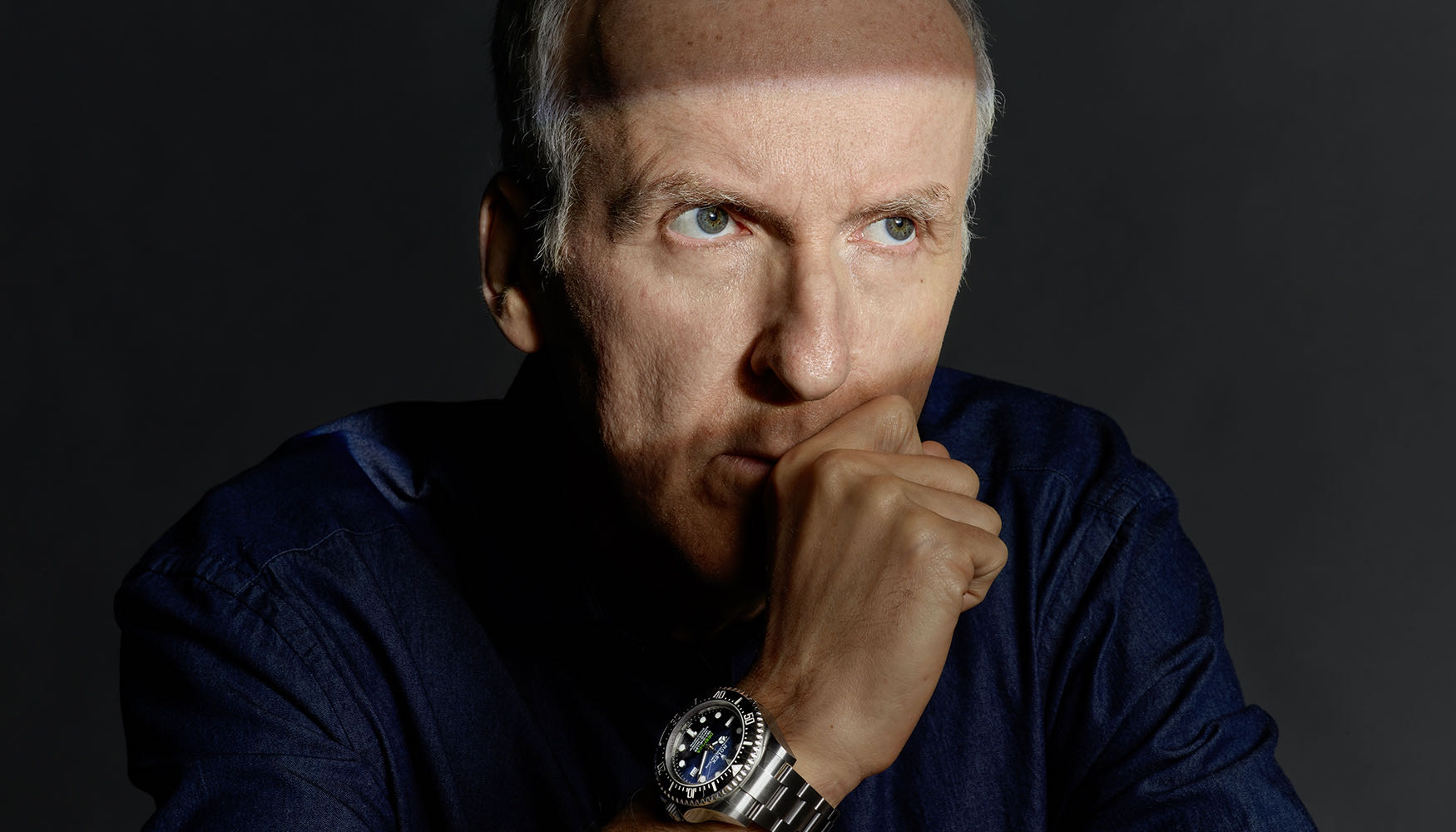 The mysteries of the ocean have always captured his imagination. From a star-crossed romantic tragedy set on the Titanic starring Leonardo DiCaprio and Kate Winslet, to a science fiction thriller in The Abyss (1989), Cameron would remain drawn to the mysterious watery depths of the Earth. 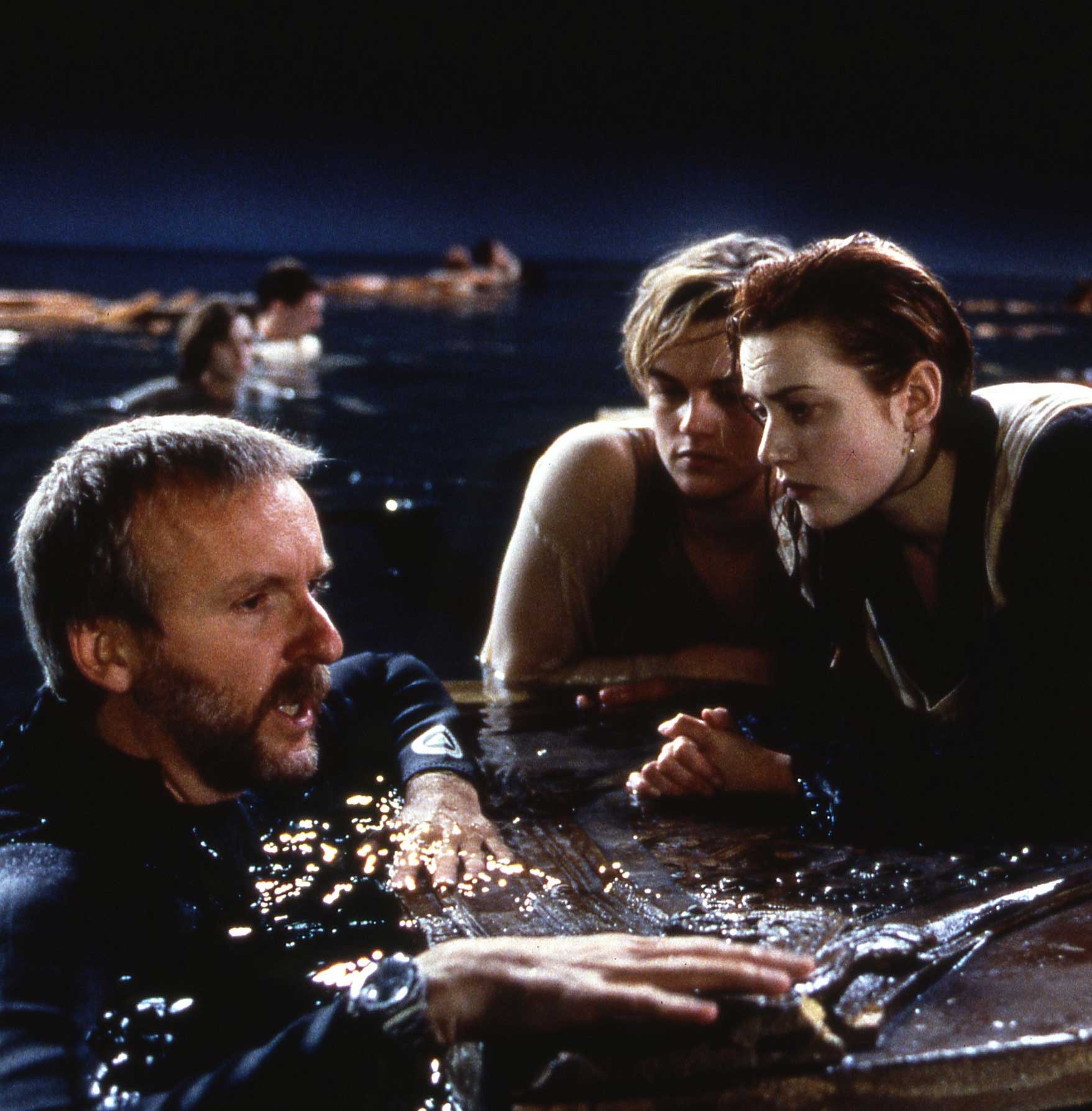 Four years after filming the Titanic, Cameron dived 3,700 metres to the wreck site of the original Titanic, to film the documentary, Ghosts of the Abyss. Twenty-three years after The Abyss, he descended alone to the bottom of the Mariana Trench – at a depth of 10,908 metres – inside the DEEPSEA CHALLENGER, a submersible of his own design. 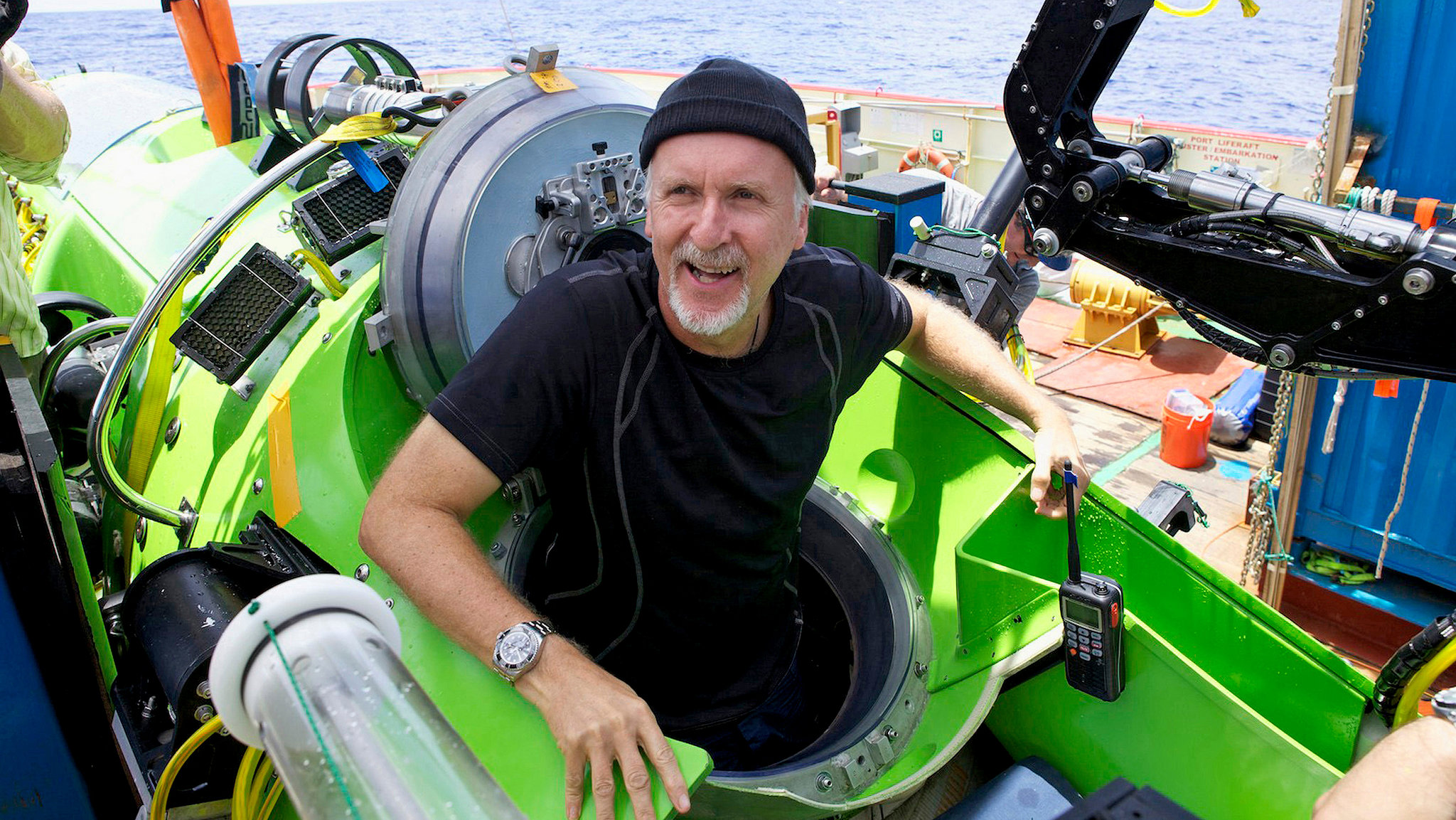 James Cameron endlessly pushes the boundaries, whether through his remarkable dives pushing the envelope of what is humanly possible, to 3D reconstructions, extending the possibilities on the movie canvas through digital enhancements. He works tirelessly to find solutions to the most complex challenges with the aim of reinventing the art of filmmaking. 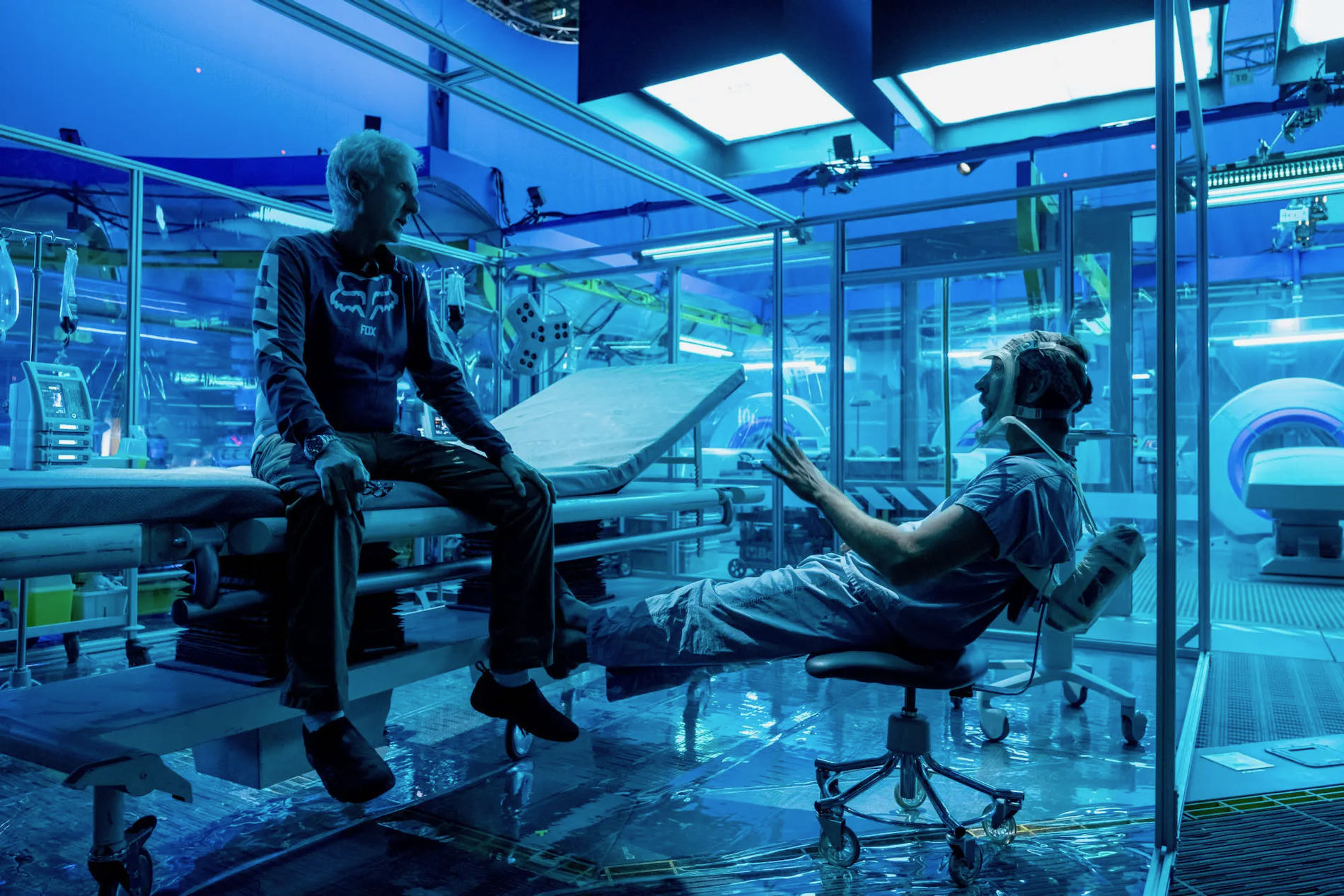 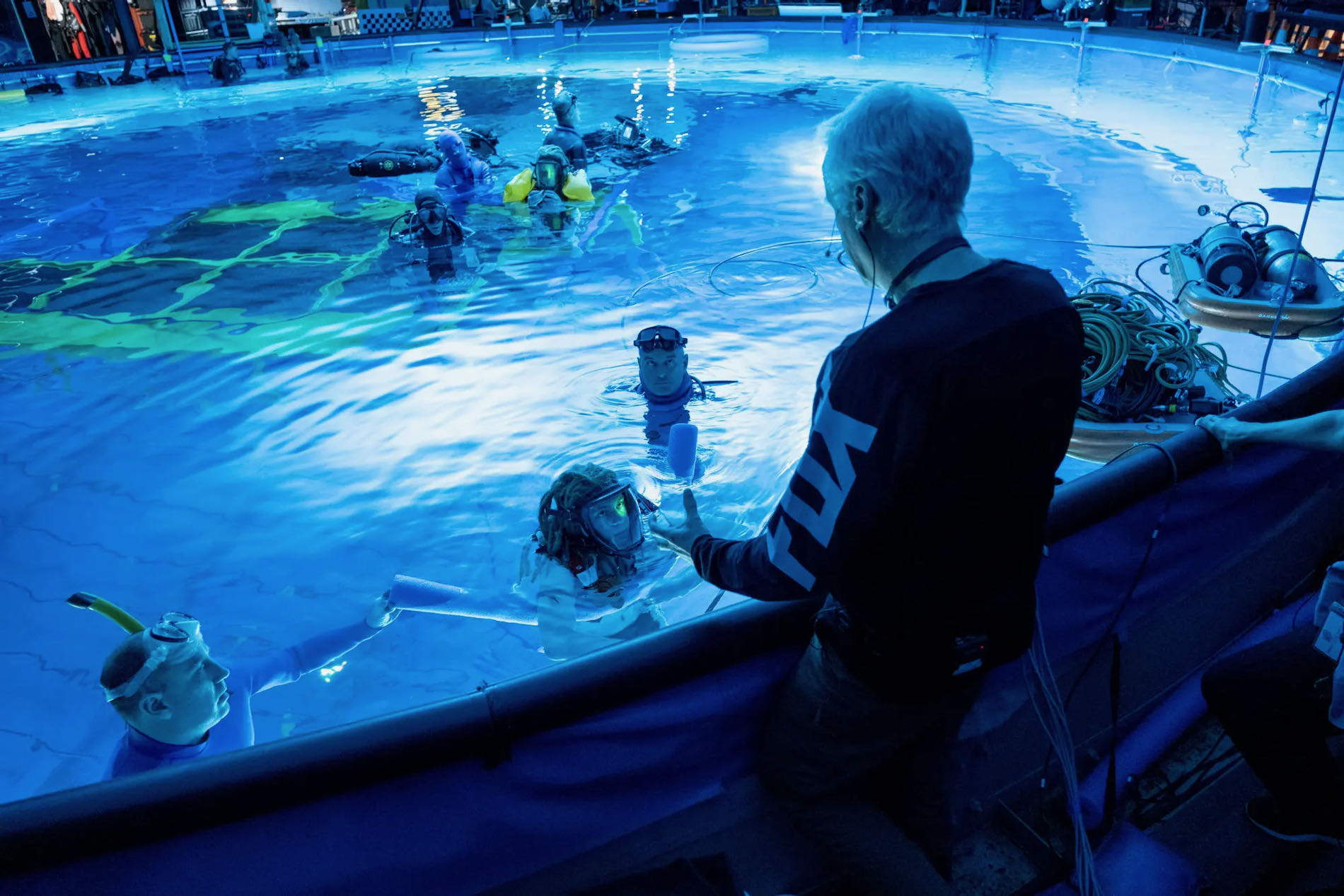 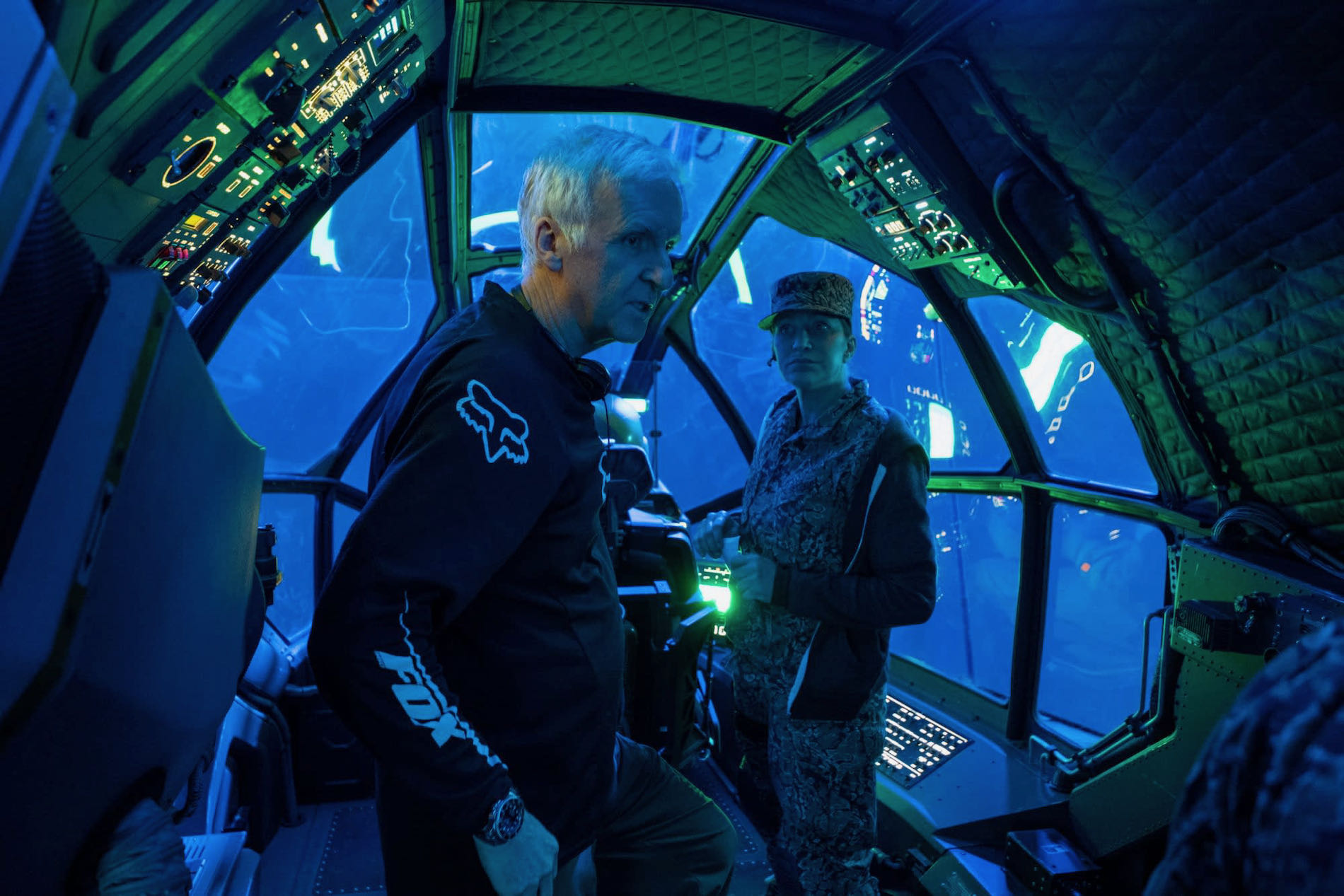 In 2022, James Cameron will finally unveil the sequel to the epic science-fiction film Avatar (2009), with Avatar II: The Way of Water. With the original, Cameron broke new ground with his use of 3D filming techniques, raising the popularity of 3D-viewing and IMAX-moviegoing experiences. With the upcoming release, Cameron is set to raise artistic and technical benchmarks once again, amongst them through the use of cutting-edge motion capture technologies complemented by hyper-realistic CGI improvements. With Avatar 2 and 3 completed and some parts of Avatar 4 already shot, the ambitious scope of the Avatar arc and project is mind-boggling, but not surprising when it is Cameron at the helm.

Imagination is a force that can actually manifest a reality. Don't put limitations on yourself "

A masterful storyteller with a deeply technical bent, James Cameron has inspired through his own seemingly limitless ability to imagine, explore and evolve. His quest is a continual one, to perfect his vision, expand his knowledge and enrich his art. These are the same values also celebrated by Rolex and its spirit of perpetuity.

An incomparable titan of the film industry, Martin Scorsese has been as remarkable as he has been prolific. With 26 feature films under his belt, many of which have garnered multiple awards, this legendary director has systematically followed his own path and transformed his chosen medium. 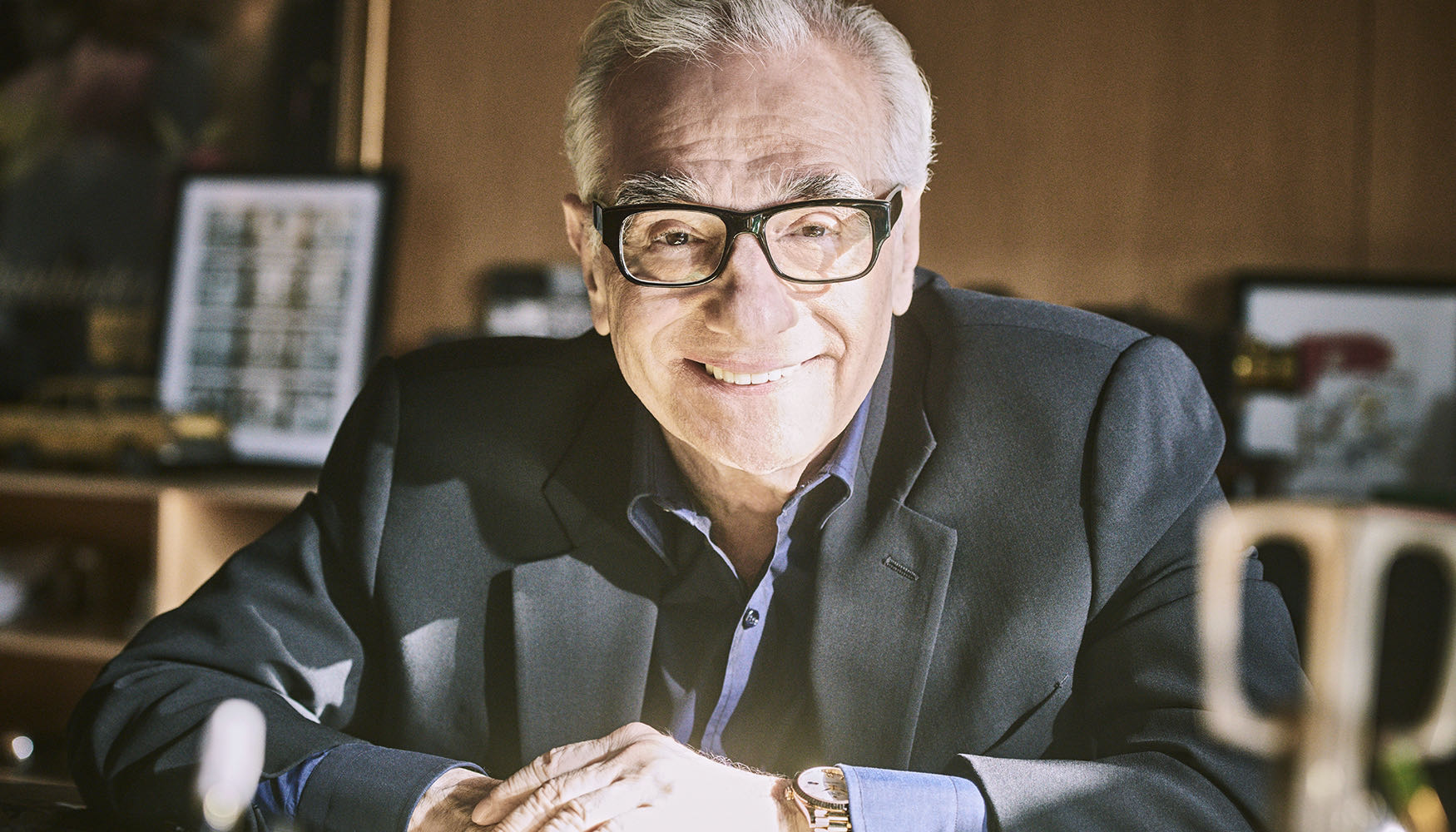 One of the defining elements of Scorsese’s work is the incredible attention he pays to each stage of production, whether working alongside screenwriters to craft deeply nuanced characters, choosing the score that will lend each scene its particular colour or recreating the mood of a given era. His fluency in the language of film combines with his capacity to create an atmosphere on-set that gives actors the confidence to improvise.

Scorsese's body of work cuts across every genre, from period movies to thrillers, from Noire to musicals and psychological dramas. His indelible movies have given popular culture a wealth of unforgettable characters, shaping filmmaking history.

Movies touch our hearts and awaken our vision and change the way we see things. They take us to other places, they open doors and minds " 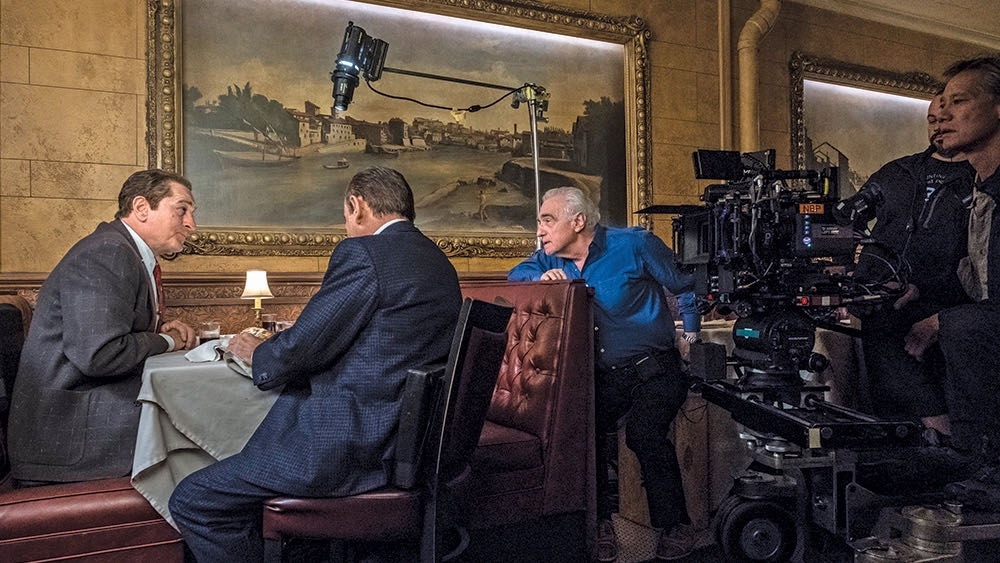 Whether feature films, documentaries, series or shorts, as a director or as a producer, decade after decade Martin Scorsese has built a vast filmography. His latest film, the crime biopic entitled The Irishman starring Robert de Niro, Al Pacino and Joe Pesci, received a staggering ten Academy Award nominations, including for Best Picture, Best Director, Best Adapted Screenplay, and Best Supporting Actor for both Pacino and Pesci. The movie saw Scorsese embracing the use of innovative de-aging visual effects technology, to take decades off the three principal actors who are all in their seventies, doing so without limiting the actors’ abilities to portray a character convincingly on camera. 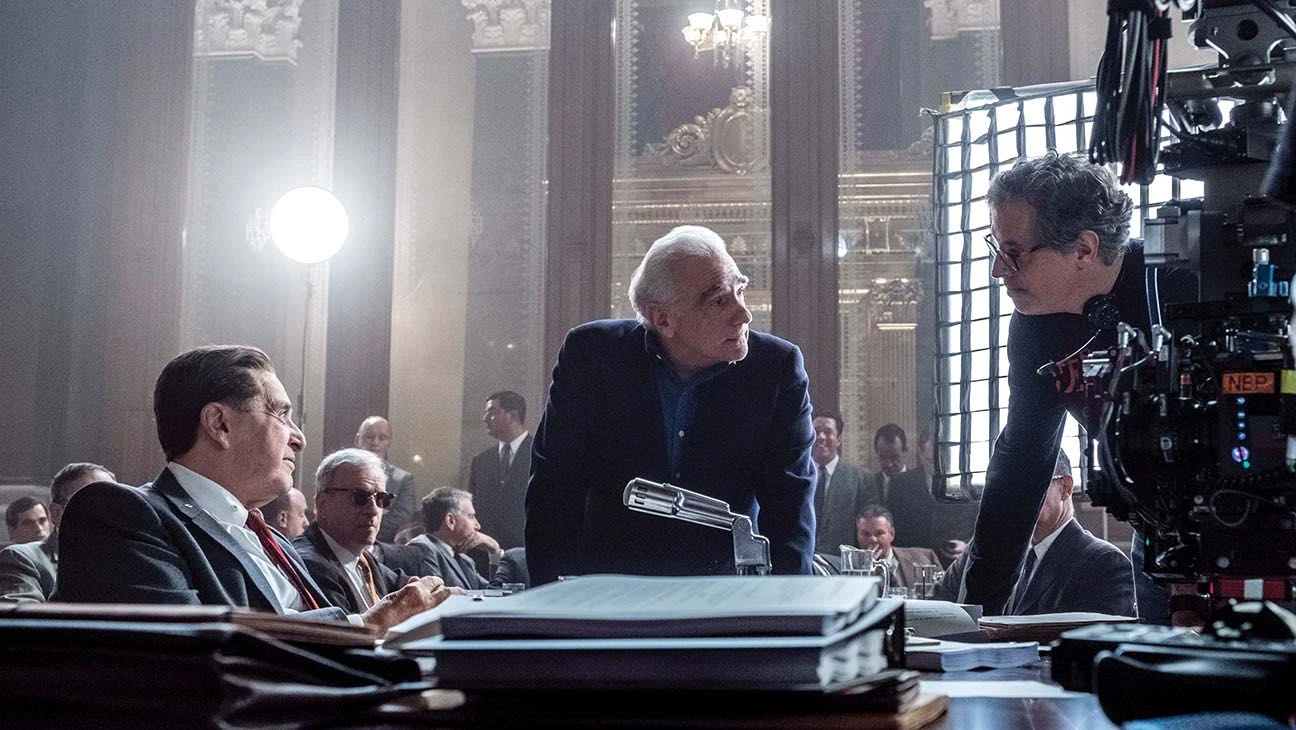 He founded The Film Foundation which is dedicated to protecting and preserving motion picture history, an endeavour that has the support of Rolex. He also contributes to the cultivation of new talent, passing on the art of filmmaking to future generations by working with them through artistic collaborations and as a mentor under the Rolex Mentor and Protégé Arts Initiative.

Hardworking and passionate, Scorsese offers a unique vision and his perpetual quest to examine the human condition make his movies truly timeless. 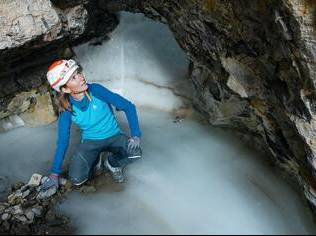