Rolls-Royce Debuts its First Ever Super Luxury SUV, the Cullinan

Shortly after launching its eighth generation Phantom, Rolls-Royce Motors has revealed its first-ever super luxury SUV, the highly anticipated Cullinan. Named after the largest diamond discovered-to-date and now encrusted in the British Crown, the Cullinan is the latest in a number of SUV releases from the world's most prestigious automakers, with Lamborghini having launched the Urus in April and Bentley having revealed the Bentayga V8 in 2017.

The Cullinan is an all-terrain high-bodied car that makes the idea of authentic, luxury off-road travel a reality for the first time. The off-road car is expected to boost sales, with customers in the ultra high net worth sector showing more interest in owning a more rugged, but luxurious ride. 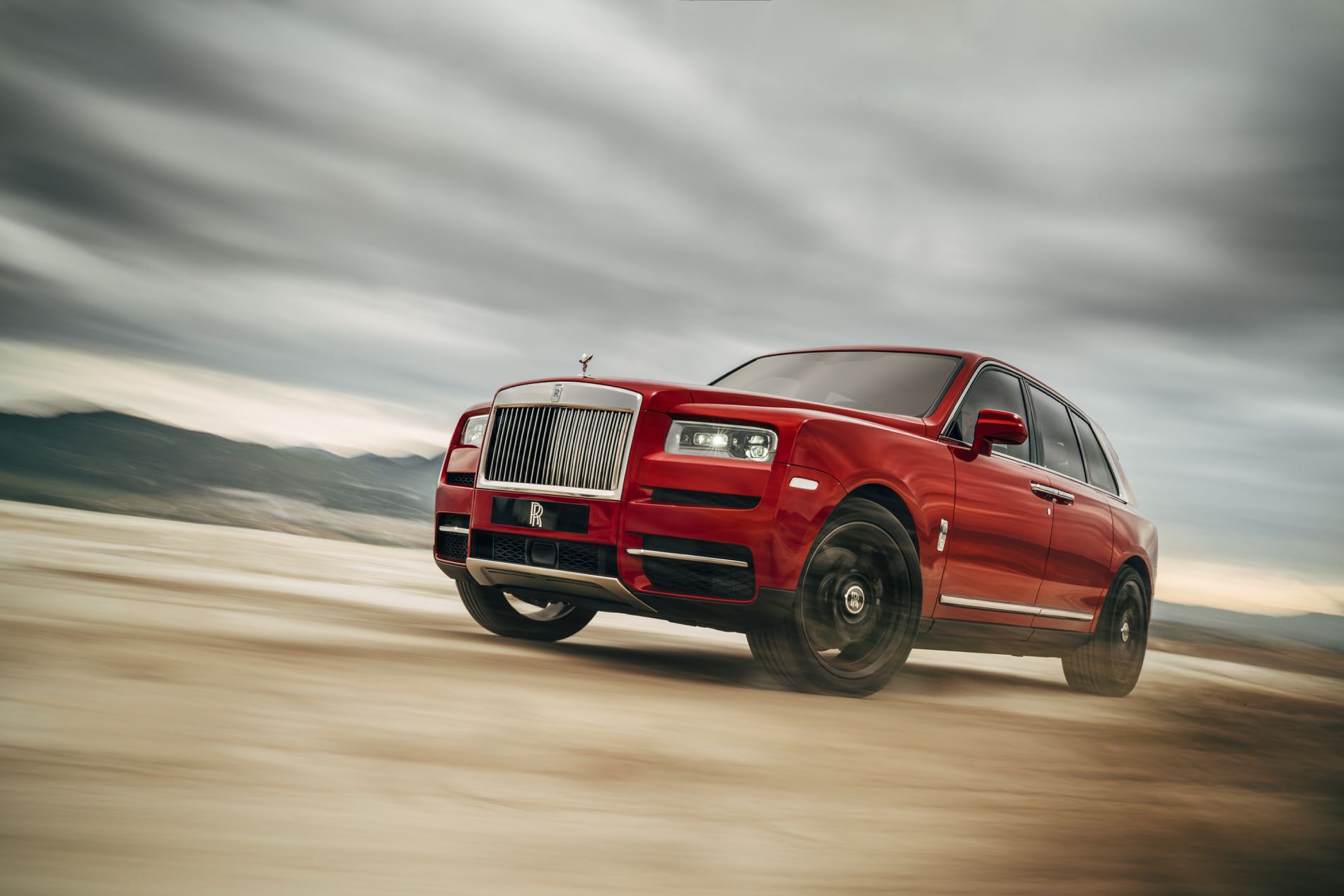 "The super-luxury lifestyle is evolving and Rolls-Royce is in the lead. Luxury is no longer an urban concept. More and more it is about embracing and experiencing the wider world. Our customers expect to go everywhere in luxury, effortlessly and without compromise, conquering the most challenging terrain to enjoy life’s most enriching experiences, wherever they may be."

"For this reason, they have asked us to create a Rolls-Royce that offers uncompromised luxury wherever they dare to venture. Cullinan is that car. It is Effortless, Everywhere." Torsten Müller-Ötvös, Chief Executive Officer, Rolls-Royce Motor Cars.

The Cullinan stands six feet off the ground — four inches taller than its closest competitor, the Bentayga. Angular sides with a high, flat top make it look more imposing than its competitors in the sector. 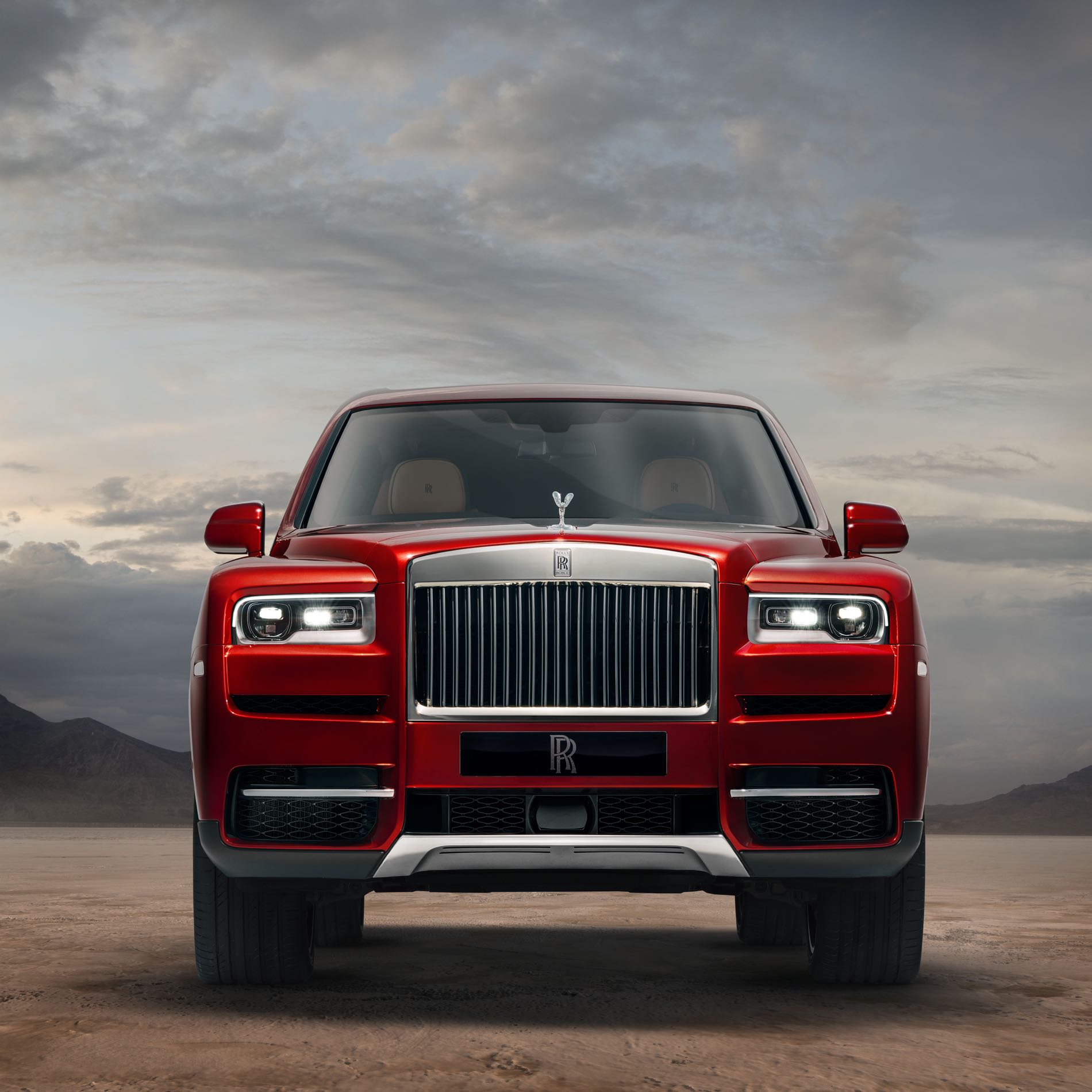 In the front, the Cullinan's grille has the same steel vertical slats and flat, stark form similar to those seen on the Dawn, but in this case, more elevated. With that, the Cullinan can wade in water up to 21 inches high, besting the equivalent offered by Bentley.

Futuristic LEDs surrounding each headlight give it a slightly new, rectangular shape. The four doors of the SUV open/close in the traditional coach format, whilst the rear tailgate automatically opens in two sections with the touch of the key fob button. Massive 22-inch rims flank each of its four corners.

Inside, the Cullinan offers voluminous space with the rear seat available in two configurations: either two cockpit-style seats in the rear or a single lounge seat that allows seating for three. When folded down, up to 600 liters of storage space, equal that found in the Urus. 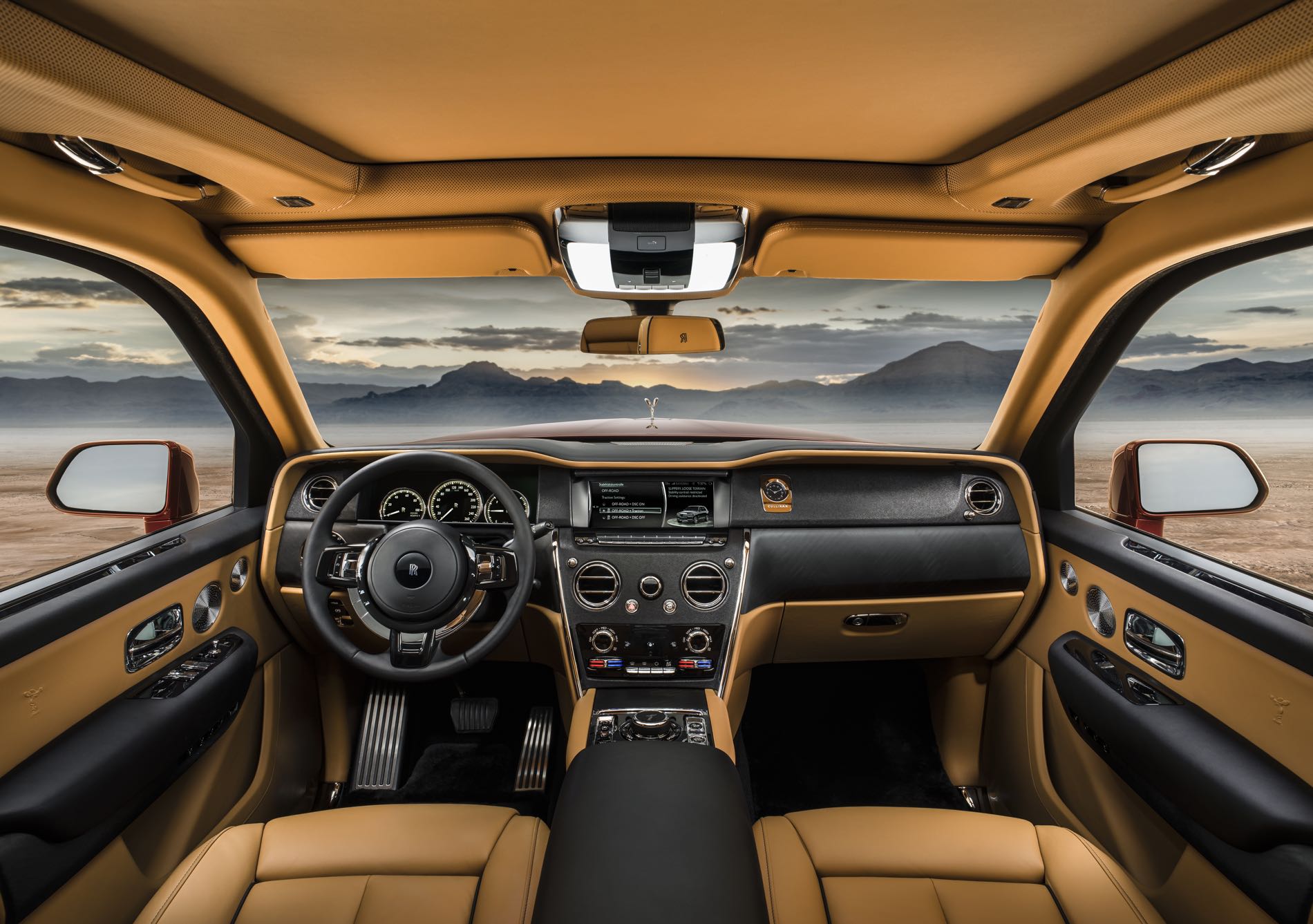 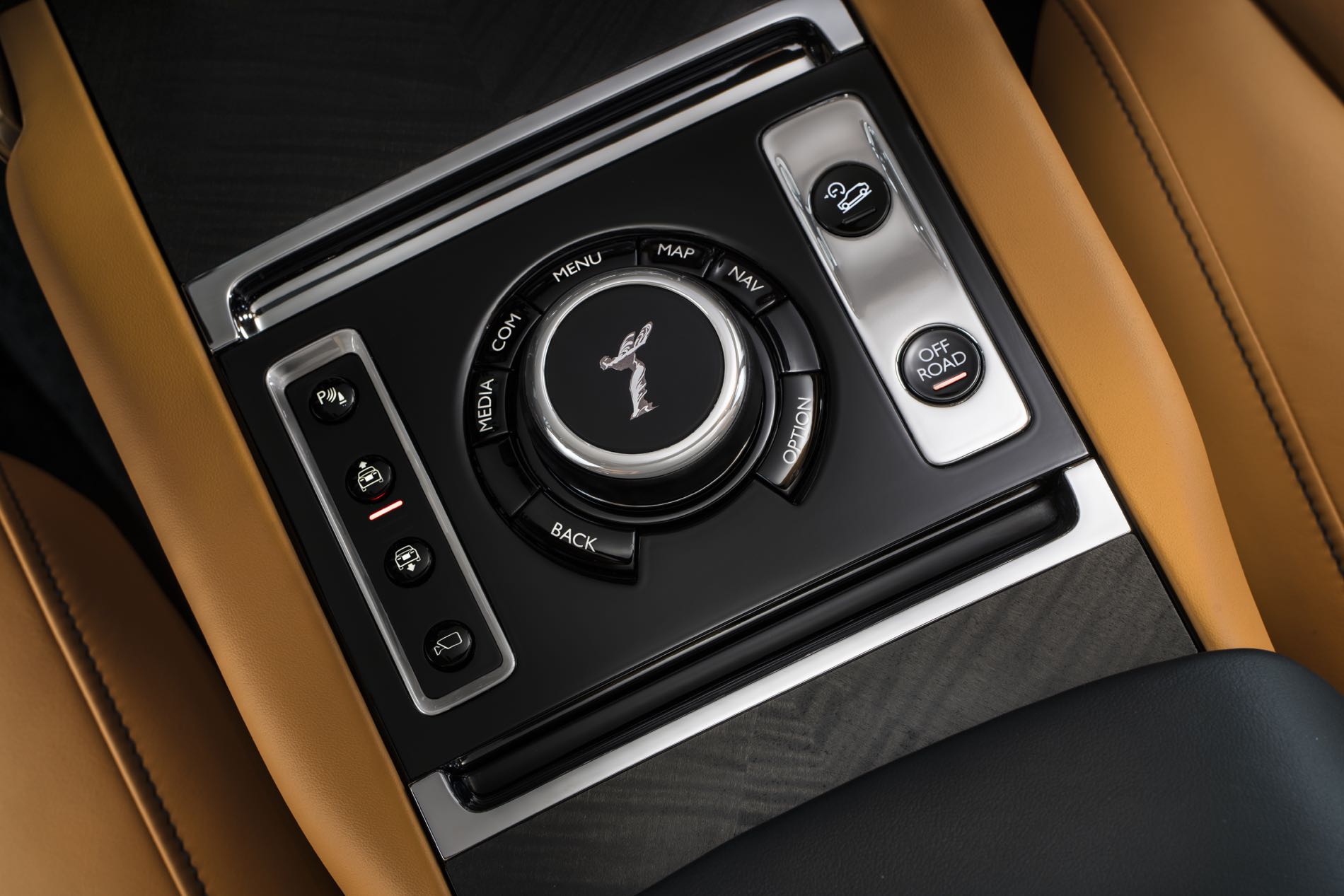 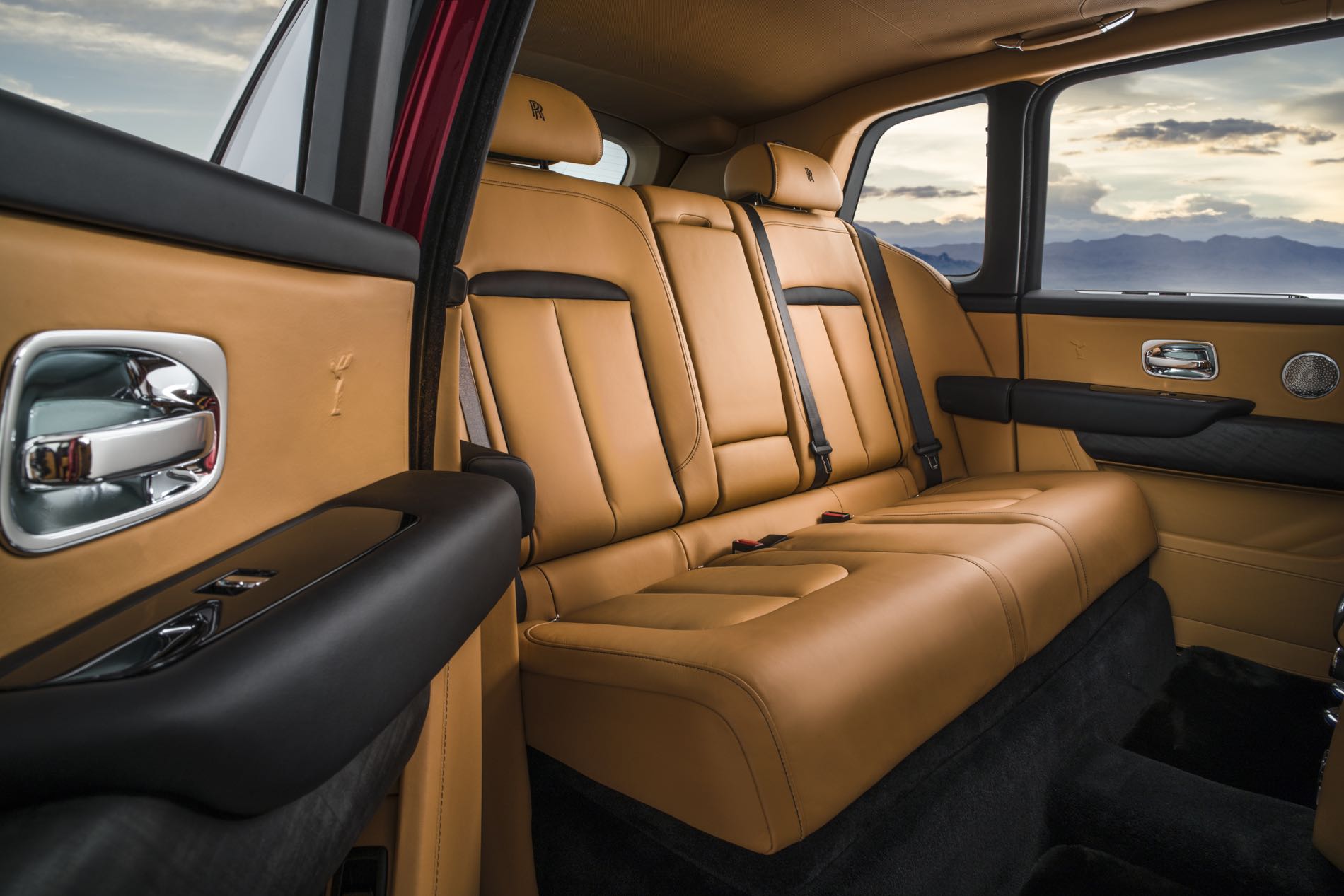 A 6.75 litre, twin-turbo V12 engine produces 563 horsepower and 627 pound-feet of torque, paired with the all-new, all-wheel drive and an all-wheel steering system—the first in Rolls-Royce history. The Cullinan also sits on the all-new aluminium 'Architecture of Luxury' which the Phantom also utilises, and reaches a top speed of 250km/h. 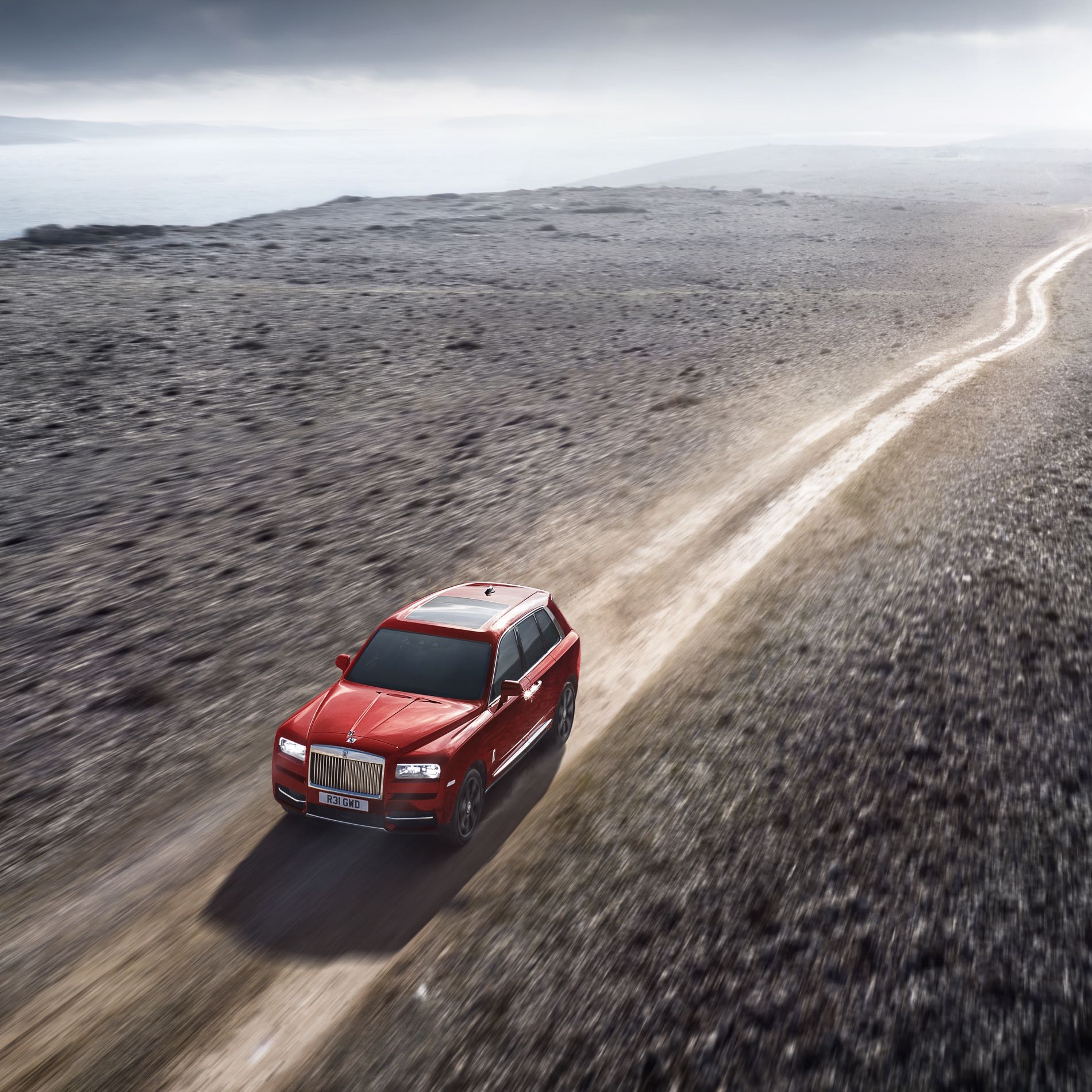 Finally, the famed "Magic Carpet Ride" feel that rendered the Phantom peerless is present in the Cullinan, re-engineered by adding larger air struts with greater air volume and by strengthening the drive and prop shafts to cushion blows from the toughest terrain. A perfect finishing touch to make the passengers feel like they are riding on air, however inhospitable the ground to cover. 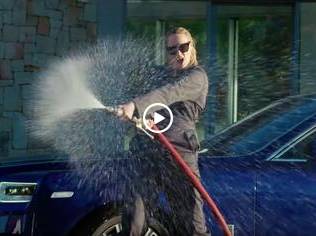 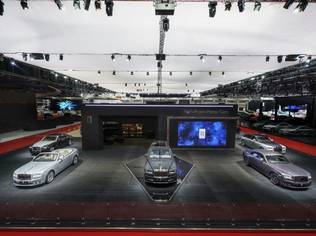 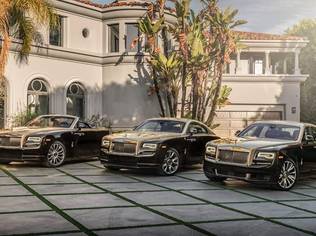