Cartier has launched the third chapter to its high jewellery collection, the Sixième Sens par Cartier with three key highlights - the Synesthésie Necklace, the Victorienne Necklace and finally the Hereractis Ring. 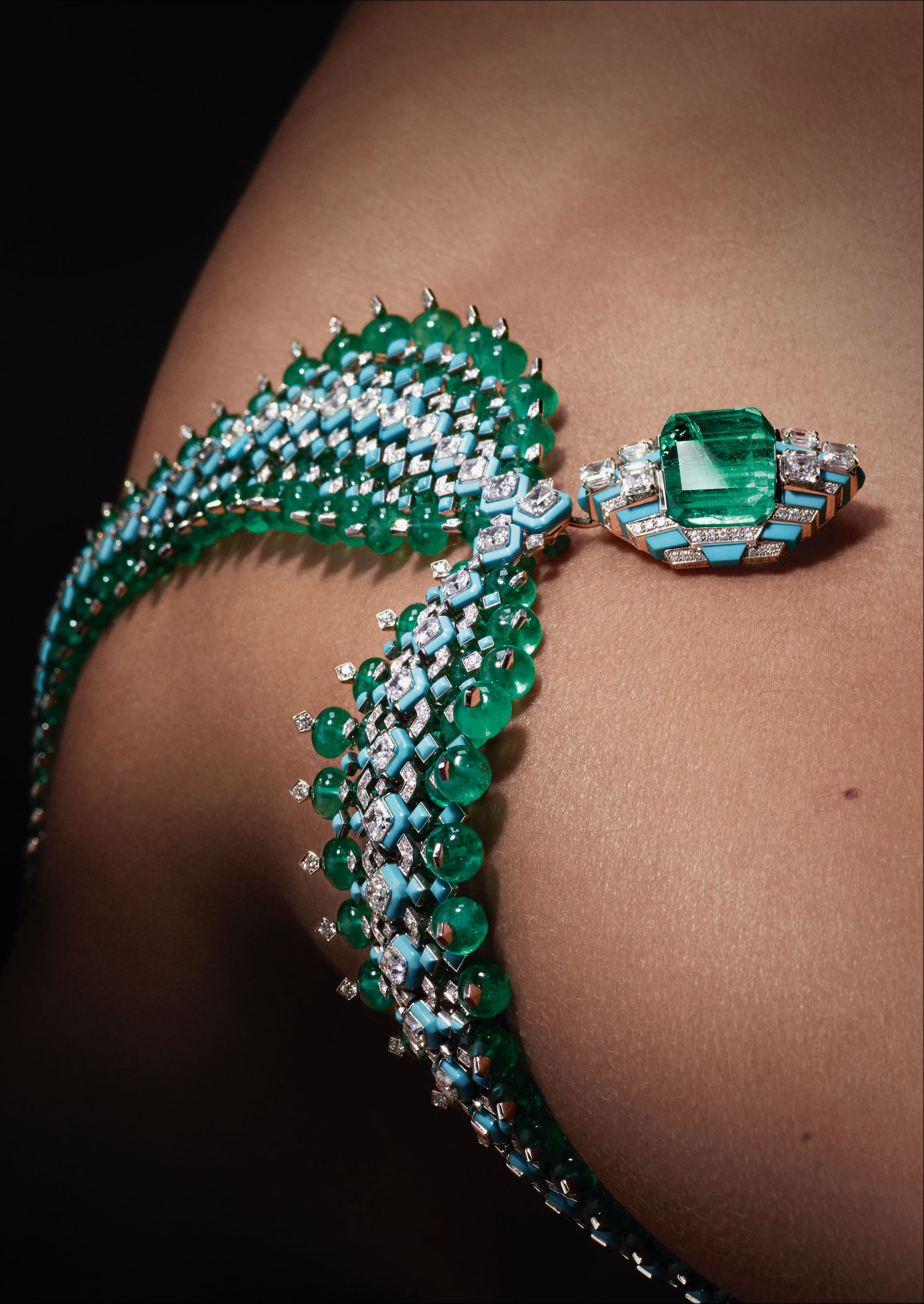 On the Synesthésie necklace, a Colombian emerald, totalling 35.47 carats with remarkable transparency, is embellished with a very large base and a step cut forming bevelled rectangles. It displays three facets which create the illusionof emeralds each juxtaposed against each other.

Everything leads the eye towards it in a luscious cascade of emerald and turquoise balls set with brilliant-cut or square diamonds, which in turn awaken the other senses. Taste and touch are enticed by the roundness of the stones, while hearing is stimulated by the shimmering of an emerald and turquoise pendant that can be worn in place of the central stone. 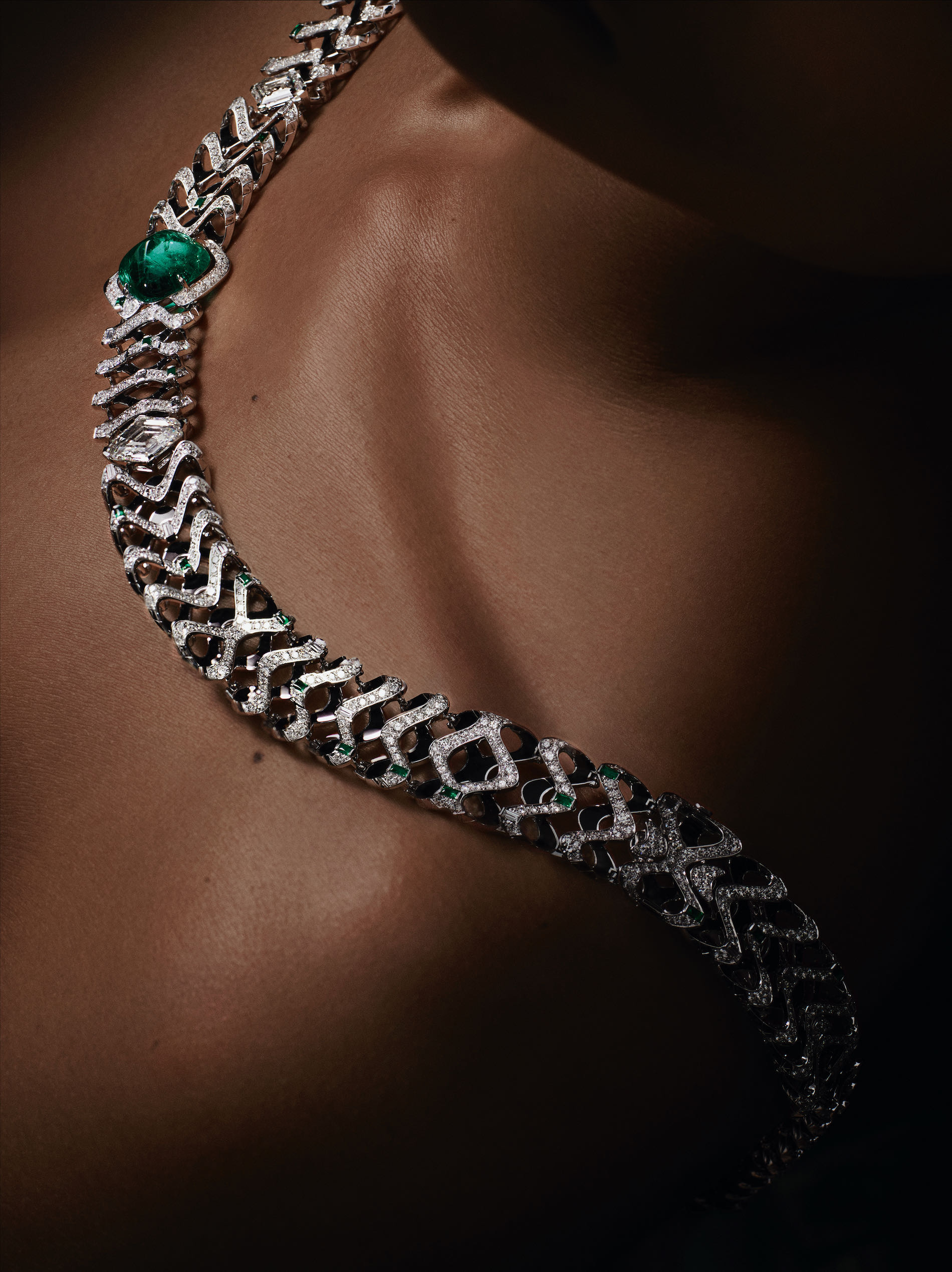 In 1925, during the International Exhibition of Modern Industrial and Decorative Arts, Cartier caused a sensation by revealing shoulder jewellery that broke away from all that had been seen up until then. Everything about it stood out, especially the three antique emeralds which incorporated a central, hexagonal-shaped 141.13-carat emerald from the former Mughal Empire, engraved with a floral motif.

This necklace, named Bérénice, today serves as inspiration for a unique and radically contemporary piece, the Victorienne necklace. This is another example of jewellery that has been designed with the human body in mind, so that it naturally slips onto the skin. Whilst this too is based around a central Colombian cabochon-cut emerald totalling 16.43 carats, the jeweller’s approach focuses less on the graphics and more on the optical effects.

The "waves" sail from one gem to the next, alternating between diamonds and black lacquer paving, in a game of light and dark as rhythmic as it is graphic. The perception of the shapes is distorted, the curves of the central emerald blur into the angular silhouette of the two diamonds. 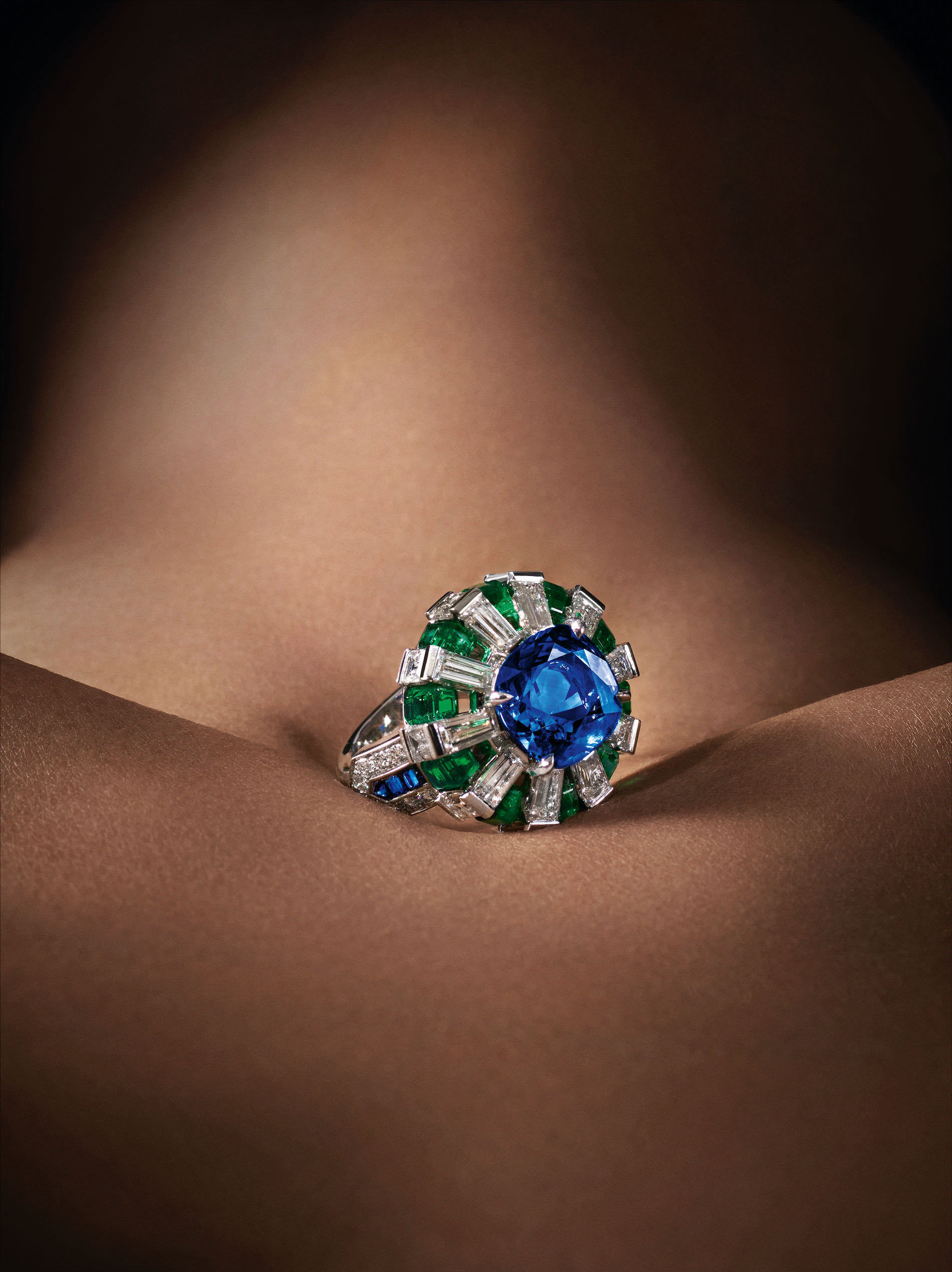 The Heraractis ring is the muse that inspires the High Jewellery creation studios; a ring designed as though a sea anemone. An anemone that wraps around a Sri Lankan sapphire totalling 7.89 carats, a cushion-cut stone typical of Cartier’s stylistic vocabulary.

Surrounding this, Cartier imagined a corolla crafted with ten emerald cubes totalling 4.83 carats. In essence, the piece is composed of ten raw emeralds from Panjshir displaying an intense green and a very high quality of crystallisation.

To bring the piece to life, a Cartier gem-cutter designed a unique cut in the Maison’s workshops. It takes on the shape of a cube whose cut allows the exposed surfaces to be enlarged: three facets that can be seen both from above and from the side.