Located within one of the world’s most extensive and expensive tourism projects - the US$4.4 billion Resorts World Sentosa - Universal Studios Singapore features 24 rides and attractions, 18 of them original or adapted for Singapore.

Resorts World Sentosa has reeled out its movie theme park offering, unveiling a pair of the world’s tallest dueling coasters, a castle from the world of Shrek, a celebrity ogre, a live show by the infamous Universal Monsters, celebrity look-a-likes Marilyn Monroe, Betty Boop and more.

Supporting the attractions was a sneak-peek debut that included an extensive menu of 30 restaurants and food carts, as well as 20 retail stores and carts.

“Universal Studios Singapore will be its own unique experience and family destination with many new rides, shows and themes that can’t be found at other Universal Studios parks around the world,” said Tom Williams, chairman and CEO, Universal Parks & Resorts.

Presenting the seven zones of Universal Studios Singapore®:
1.     Hollywood:    Step into the center of the entertainment universe where Broadway-style theater (modelled after the famous Hollywood Pantages Theater) and an eye-catching collection of eateries and shops line its streets. Mel’s Drive-In™, from the hit movie American Graffiti, serves up burgers and cokes the old-fashioned way. Framed by dynamic architecture, palm trees and the famous Walk of Fame, guests will feel as if they have landed themselves at Hollywood Boulevard.

2.     New York:   Feel the spirit and energy of America’s biggest and grandest city as you stroll the sidewalks of the bold and romantic Big Apple that appears in all great movies. This is where all the classic landmarks of NYC prevail —the city skylines, neon lights, and facades that set the scenes for big city fun and real-time movie production. LIGHTS! CAMERA! ACTION!™, a special effects stage hosted by Steven Spielberg brings you behind the scenes of intriguing movie sets and Stage 28 offers a chance to be part of real-time move production. Sit down for a meal at the full service KT’s Grill or grab a slice of NY’s best pizza at Loui’s NY Pizza Parlour™.

3.     Sci-Fi City™:   The city of the future has arrived. Through the impressive portals into Sci-Fi City and into a futuristic metropolis filled with the most modern conveniences, remnants of past inhabitants and cultures, as well as visitors from around the world and other planetariums, this is where the future lies. The entire city is set atop and powered endlessly by an enormous energy- producing substructure that appears to draw its necessities from the wind, sun and water sources above. Catch glimpses of the subterranean world as you get tossed into the tumultuous battle of Humans versus Cylons on the Battlestar Galactica™ dueling coasters, the tallest of its kind in the world.

4.    Ancient Egypt™:   Ancient pyramids and obelisks stand fast against the sands of time as you are transported to 1930’s Egypt, the Golden Age of Egyptian Exploration. Travel to an era when entire Pharaoh’s tombs were discovered—and their terrible curses unleashed. Take the path of a daring archeologist as you unravel the cryptic riddles of the Sphinx in this sand-swept land. Whether you’re quenching your thirst or charming a snake at the Oasis Spice Café, shopping for Egyptian treasures at Carter’s Curiosities, or experiencing the Revenge of the Mummy™ attraction, this is an expedition for the brave at heart.

5.    The Lost World™:   Divided into two themed areas: Jurassic Park™ and WaterWorld™, this is where familiar and time-tested favourites of Universal fans are renewed. Jurassic Park, a theme park within a theme park, is based on Steven Spielberg’s classic epic adventure films. Experience the redesigned Jurassic Park Rapids Adventure™, a river ride that follows an escapade amidst a dense tropical forest where dinosaurs lurk. At Waterworld, watch death defying stunts that only Universal dares to execute, based on the hit film, “Water World”! Explosions of fire and water will excite the audience with thrills and spills.

6.    Far Far Away:  Step into the land of Far Far Away, a showcase of how the rich and fairy-taled lived, inspired by the world of DreamWorks Animation’s Shrek franchise. Discover Shrek’s swamp house and stroll along Far Far Away’s glamorous Romeo Drive, the place for the hottest nightspot in town, Hook’s Knight Club. Under the beautiful arches of the world’s first Far Far Away Castle, meet Shrek and Princess Fiona and sing along with Donkey at attractions Shrek 4-D and Donkey Live. This magnificent castle also houses magical concoctions at the Fairy Godmother’s Juice Bar and fairytale-themed cuisine inspired by the residents of Far Far Away.

7.    Madagascar:   Journey to Madagascar where you will find the four zooster heroes from the hit DreamWorks Animation franchise – Alex, Marty, Melman and Gloria – who were cast adrift while being transferred from New York City’s Zoo. Join them on an adventure through the dense tropical jungles on an original, one-of-a-kind immersive river ride with state-of-the-art animated figures, digital projection, evocative sound, and moving show-action effects at Madagascar: A Crate Adventure. Help King Julien defeat his nemesis – the dreaded Foosa – at the rim of a bubbling volcanic cauldron and after surviving the ordeal, get spun around in a crazy carousel by King Julien and the Lemurs as they throw a festive beach party and “move it, move it” at King Julien’s Beach Party-Go-Round™. Chill with some tasty bites at Gloria’s Snack Shack™ or tuck into specialties and cool drinks at Casa Del Wild™, a café hosted by Marty the Zebra.

Become a fan of SENATUS' Facebook page to stay updated! 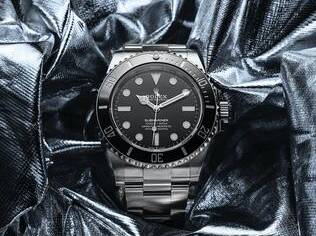