KOKS, known as the World's Most Remote Restaurant has since its bold opening in 2011, brought adventurous diners on a long journey to its current home in Leynavatn in the Faroe Islands, located between Iceland and Norway. The breathtakingly rugged, stark and wild North Atlantic landscape of these remote islands have birthed culinary traditions so unlike any other, that they lend an incomparable ethos to KOKS.

Known for serving new Nordic cuisine inspired by the finest sustainably sourced Faroese produce, KOKS places a strong emphasis on traditional techniques such as fermentation. The restaurant can serve no more than twenty-six diners a night, and it only opens nine months, from March to November, in a year. The season is usually fully booked soon after the bookings are released early January every year.

This once-in-a-lifetime experience is now closer at hand as core members of KOKS team will decamp from Leynavatn to set up a four-week residency in Grand Hyatt Singapore from 23 January to 18 February 2022. Diners in Singapore can expect a fully representative KOKS dining experience as executive chef Poul Andrias Ziska will be flying to Singapore with six other core kitchen team and front of house ahead of the residency to prepare the set-up and execute every service over the duration of the residency. It will be their first visit to Singapore and some of them will be bringing families along as KOKS is a family oriented and close-knitted team. 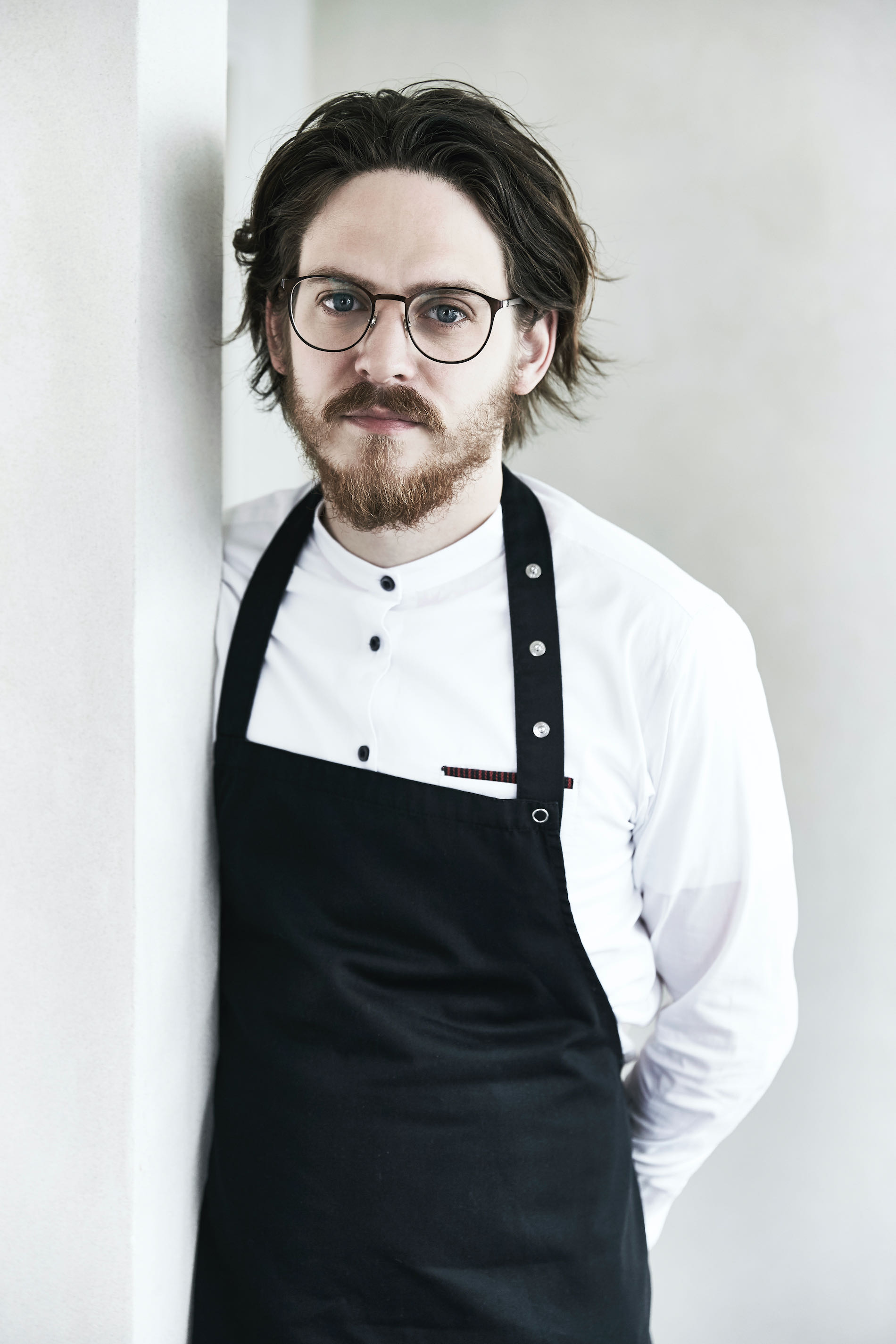 Hailing from the capital city of Torshavn, Chef Ziska was presented with the Michelin Nordic Countries Young Chef 2019 award, the same year that KOKS received its second Michelin Star. He studied gastronomy at the Food College in Aalborg, Denmark, before starting his professional career at KOKS in 2011. Thereafter, he gained experience at Michelin-starred restaurants Geranium and Mugaritz, before returning to KOKS as executive chef in 2014.

The name KOKS is derived from a Faroese word that roughly translates as "flirtation", "loving care”, and "someone who fusses in the pursuit of perfection". In line with its mission, KOKS aims to represent the unique identity of the islands and their culture. Their cuisine is both ancient and modern, earthy yet refined. 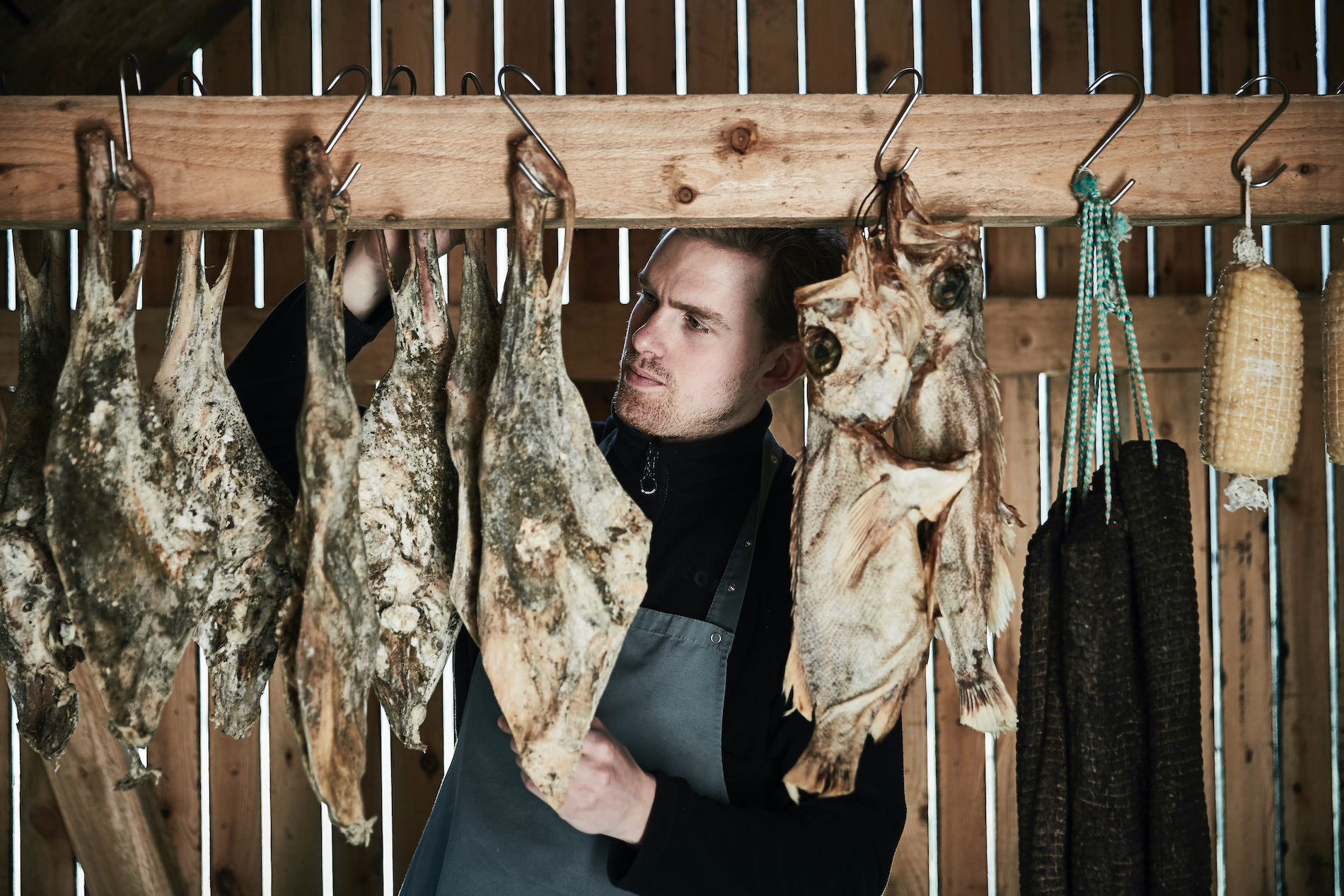 Central to the survival of the Faroese is the practice of ræst, a form of wind-powered dry ­aging that is a combination of fermentation and aging. The wind, heat, altitude, cold, level of humidity and salinity as well as the microorganisms that are endemic to the island, make ræst taste unique to each practitioner. As pioneers of the New Nordic Kitchen movement in the austere Faroe Islands, the Two Michelin-Star restaurant is respectful of unchanging local traditions: wind drying, pickling, curing, smoking and above all, fermenting. 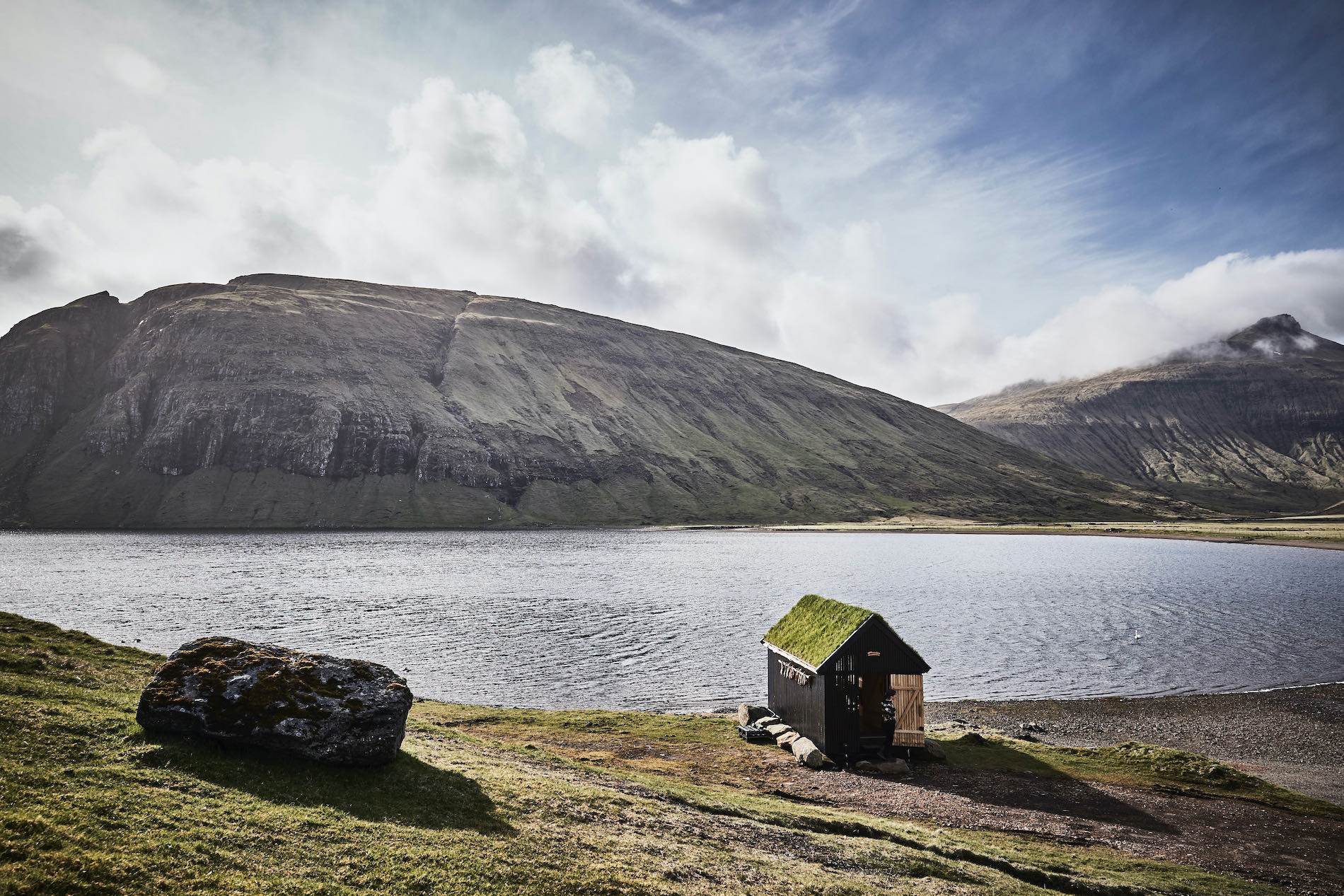 A Hjallur called Skerpi (from the Faroese word for wind-dried mutton) – a wooden shed/house on wheels used for drying that is partially transformed for welcoming guests before they embark on their journey to KOKS’ dining room.

Using what nature provides has long been a way of life on the Faroe Islands, whose waters teems with the finest seafood such as lobsters, halibut, haddock, sea urchins, razor shells, whelk and more. Look inland and there are cliffside birds and fowl, and free-range lamb, along with abundant seaweed, wild herbs and cultivated fruit and vegetables.

Many plants that in the past were of vital importance, including scurvy, are rarely used in Faroese cooking today. At KOKS, these plants have been reintroduced as important ingredients in their menu. KOKS sought to revive past culinary tradition and return to the herbs that made life possible in the Faroes in the past.

During its residency at Grand Hyatt Singapore as part of the Chef Residence programme, KOKS will be featuring its signature dishes and also excitingly, planning a few dishes specially for Singapore using Asian ingredients and inspirations. 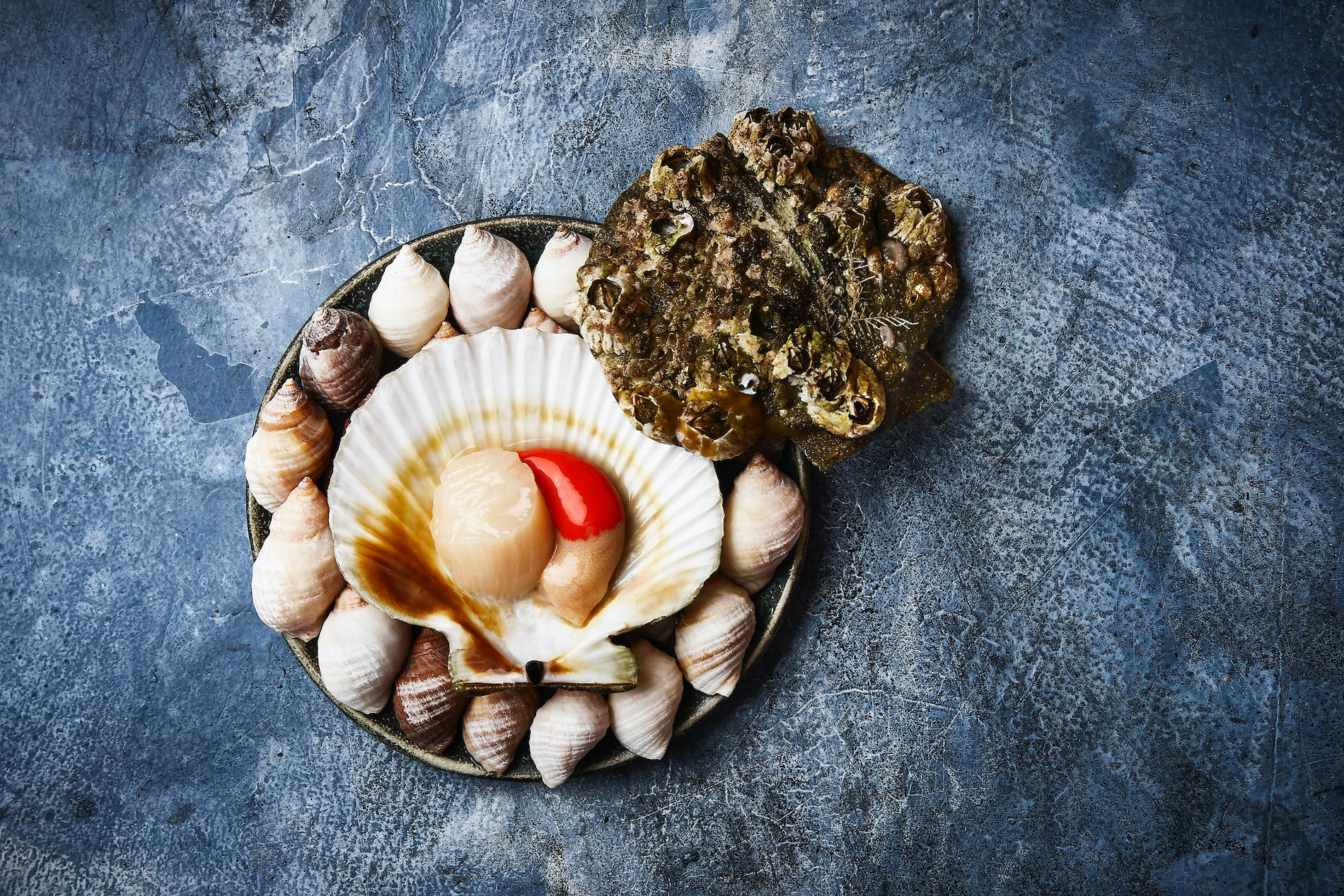 Special care and selection of ingredients from the Faroe Islands will be planned out in advance, taking into account the season and duration of the residency. With deep expertise in the art of ræst, KOKS will present some of its fermented signatures, such as the fermented ocean perch with fermented lamb intestines and cheese, and cod filet with fermented cabbage and caviar. In Faroe, fish are hung on a seiðatræ, a wooden frame specifically designed for drying fish naturally, in wind and rain. 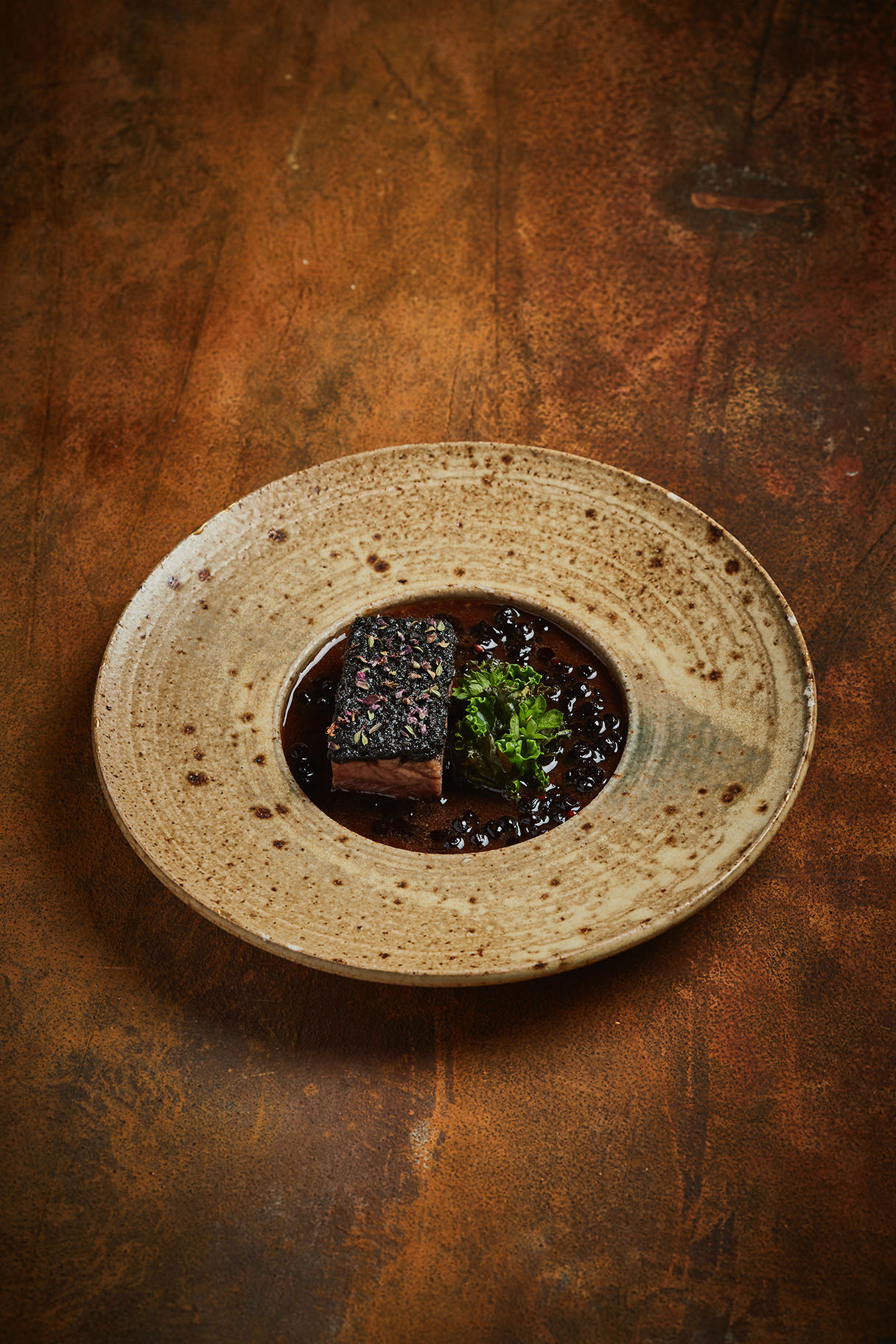 Other signatures of KOKS will be included, such as the star appetiser, Langoustine Roll. Large, succulent, and caught in lobster pots, the Faroe Islands lobster is considered first among all its ocean delicacies. 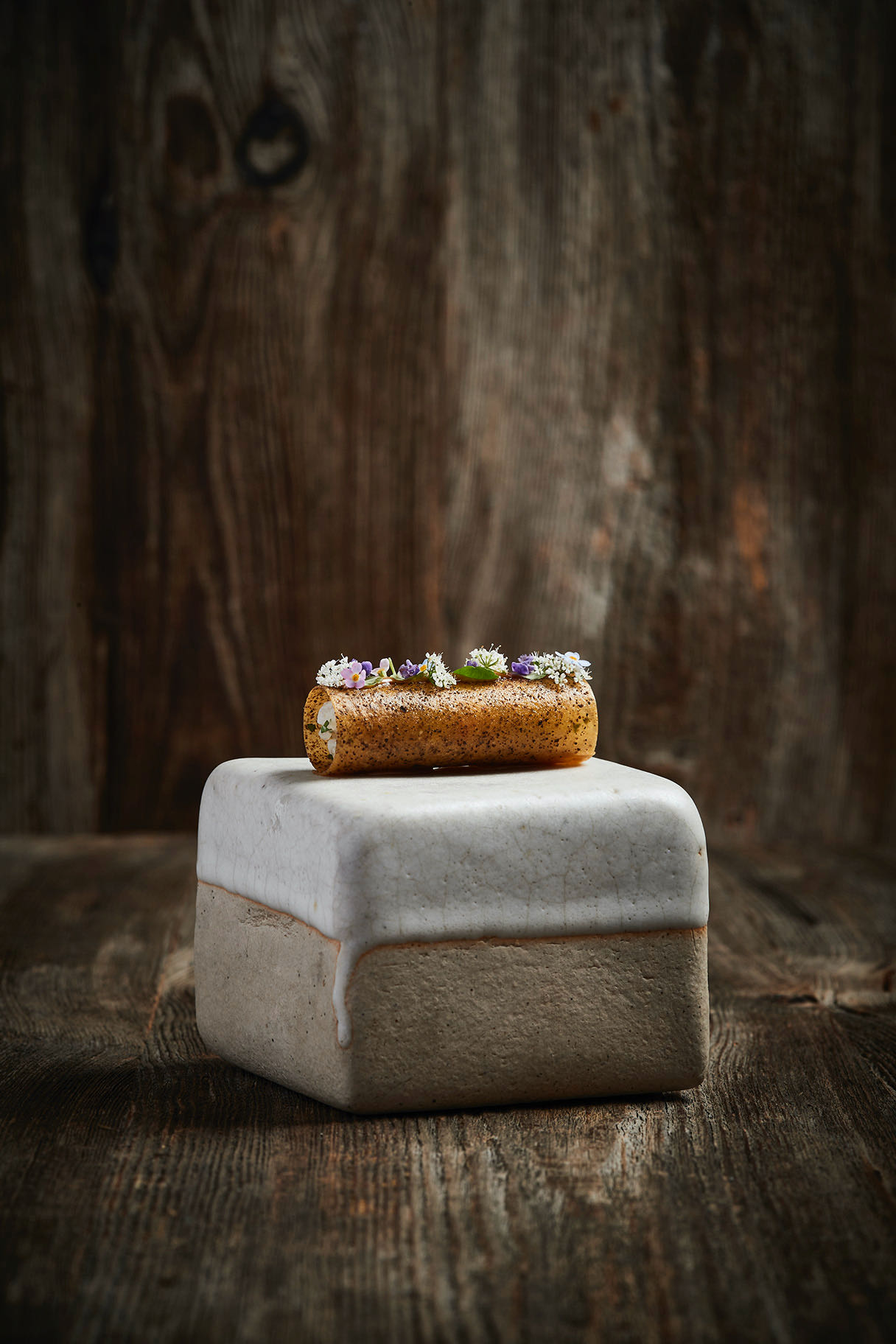 Under the guidance of sommelier Karin Visth, the beverage programme at KOKS is attentively planned. Their guiding principles: be rational, focus on quality, enhance the senses and develop close ties to the vintners. For this residency, Visth is working closely with the sommelier team at Park90, Singapore’s leading wine bar, to curate an extensive wine pairing list that will present an even fuller experience to the Singapore audience. The wines will be specially handpicked to complement the umami-rich ingredients that will be served by KOKS during the residency.