Rolex is set to host an exclusive exhibition celebrating the "Presidents' Watch", launched in 1956, alongside a showcase of its new Oyster Perpetual Day-Date 40 editions at 2 of its retail partners in Singapore.

The origin of the nickname for the timepiece originated from the gifting of the 150,000th officially certified Rolex to U.S. General Dwight D. Eisenhower, who was the NATO Commander in Chief of Europe at the time, and later became President of the United States. This Rolex Dayjust with Jubilee band was the first "Rolex President."

Later, Lyndon B. Johnson and Ronald Reagan would also adorn variations of the Datejust and Day-date with the same bracelet design, and therein cemented the reputation of the Rolex watch as the preferred choice for Presidents.

The new generation of this symbol of excellence and prestige was unveiled in 2015, featuring new standards of chronometric performance with the Calibre 3255, as well as modernized aesthetics emblematic of this iconic timepiece.

Visitors are invited to discover the history of the Day-Date through information panels, presented on an impressive structure inspired by the model's iconic President bracelet. In addition to 3D videos, stories, archive photographs and an exploded view of a movement, several of the new collection's models are on display.

The Day-Date 40 Exhibition can be viewed at Rolex Boutique The Hour Glass at ION Orchard, from 11 to 24 January; and at Emperor Watch & Jewellery at Wisma Atria, from 26 January to 10 February. 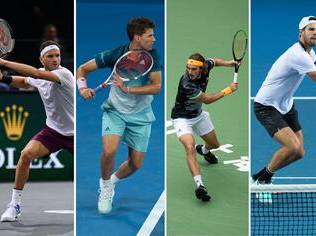 Rolex and Tennis: An Endearing Partnership for the Ages & the Next Generation

The New Rolex Oyster Perpetual - Highlights of the 2020 Offerings