More than 220 years since its invention by Abraham Louis Breguet, the tourbillon still generates as much fascination in timekeeping.

Today, the house of Breguet continues to update the tourbillon for modern times - single or double, by itself or accompanied by sophisticated complications, fashioned from traditional or novel materials, the tourbillon has never been more alive than it is now.

Present in almost all its collections and never weighing more than one gram, the tourbillon bears testament to the extraordinary watchmaking mastery of Breguet. 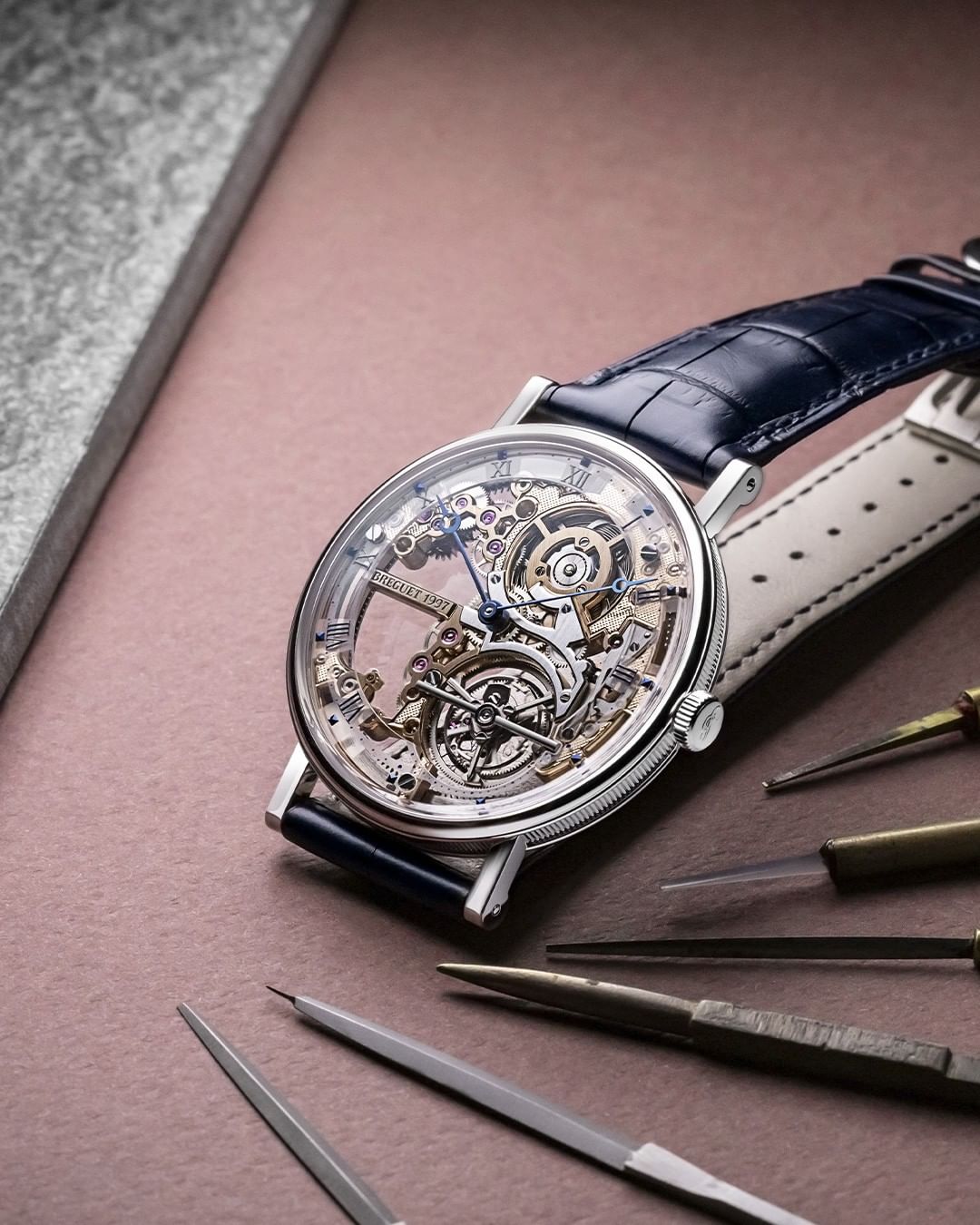 For its new Classique Tourbillon Extra-Plat Squelette 5395, Breguet has opted for an extra-thin three-millimeter thick skeleton design for its tourbillon movement. The design of the tourbillon within the superlative 581 caliber had to be entirely rethought, leading to the creation of a unique architecture.

With a thickness of three millimeters, the 581 caliber is one of the finest self-winding tourbillon movements in the world. Ultra-lightweight – the carriage weighs no more than 0.290 grams in total. To achieve this, a series of complex adjustments had to be made. For example, the rotor was placed on the periphery of the plate, saving on thickness while at the same time preserving a clear view of the mechanism.

The tourbillon was also redesigned, with its titanium carriage engaging directly with the wheel train, instead of a pinion at its base. The silicon escapement has also been given a distinct angled shape, to save more space.

The gold plate and bridges were hollowed out, with almost 50 percent of the material removed. This process requires sophisticated expertise and care to achieve the final result. In fact, Breguet is one of the last watchmakers to fashion gold in this manner, to this standard.

Next, the decoration and finishing, another hallmark of Breguet. First, the hand-crafted engine-turning, or guilloche design, of the remaining plate surface is performed. The decoration known as Clous de Paris hobnailing uses a diamond-tipped tool that leaves no room for imperfections. This kind of work on an item like this is a first, done by Breguet.

Water-resistant to 30 meters, the Classique Tourbillon Extra-Plat Squelette 5395 is available with a gray movement in a rose gold case, or with a rose movement in a platinum case.