The magnificent creations of MB&F had always come from the mind of its founder Maximilian Büsser, who draws inspiration from his childhood and experiences.

He famously once declared, "“I created MB&F to do what I believe in... I was creating for myself, which is the only way we could have made all these crazy and audacious pieces over the years." That steadfast and passionate belief in himself, and that there are those out there who are like-minded and would find themselves drawn to the Horological Machines and Legacy Machines that he has created, would bear fruit and lead to the outlying and outperforming success of MB&F.

Today, the brand with over a decade under its belt, continues to draws a magnetic appeal to those within and without the horlogerie circles, a rare accomplishment given how avant-garde MB&F timepieces are.

"... At some point there came a desire to create something for the women in my family. I've been surrounded by their influence all my life, so I gave myself the challenge to do something for them." Büsser opines fondly, "I wanted LM FlyingT to possess the epitome of femininity as reflected by the women in my life, particularly my mother. It had to combine supreme elegance with tremendous vitality." 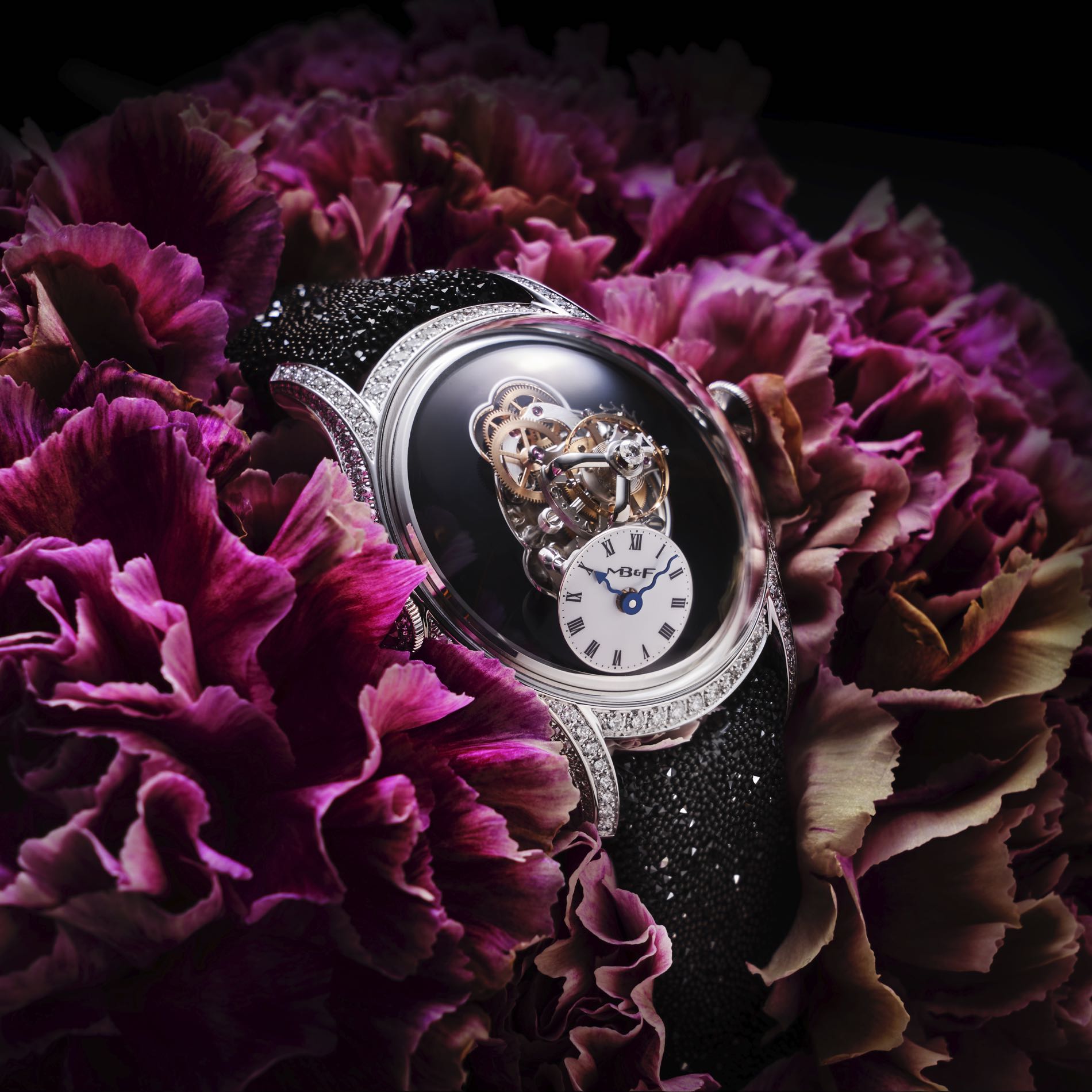 A tribute to the women in his life, the Legacy Machine FlyingT is an homage to his late mother who had recently passed, his wife as well as two daughters. It is also the first timepiece launched by MB&F, specifically for women.

"... At some point there came a desire to create something for the women in my family. I've been surrounded by their influence all my life, so I gave myself the challenge to do something for them."

But when it came down to it, Thus, Büsser revealed the challenge was quite different, "It was horrendously difficult... First of all, I have no idea what a woman wants."

Taking three years to develop, the end product is superlative, as we have come to expect of the horological sculptures of art from the creative laboratory based out of Geneva, Switzerland. 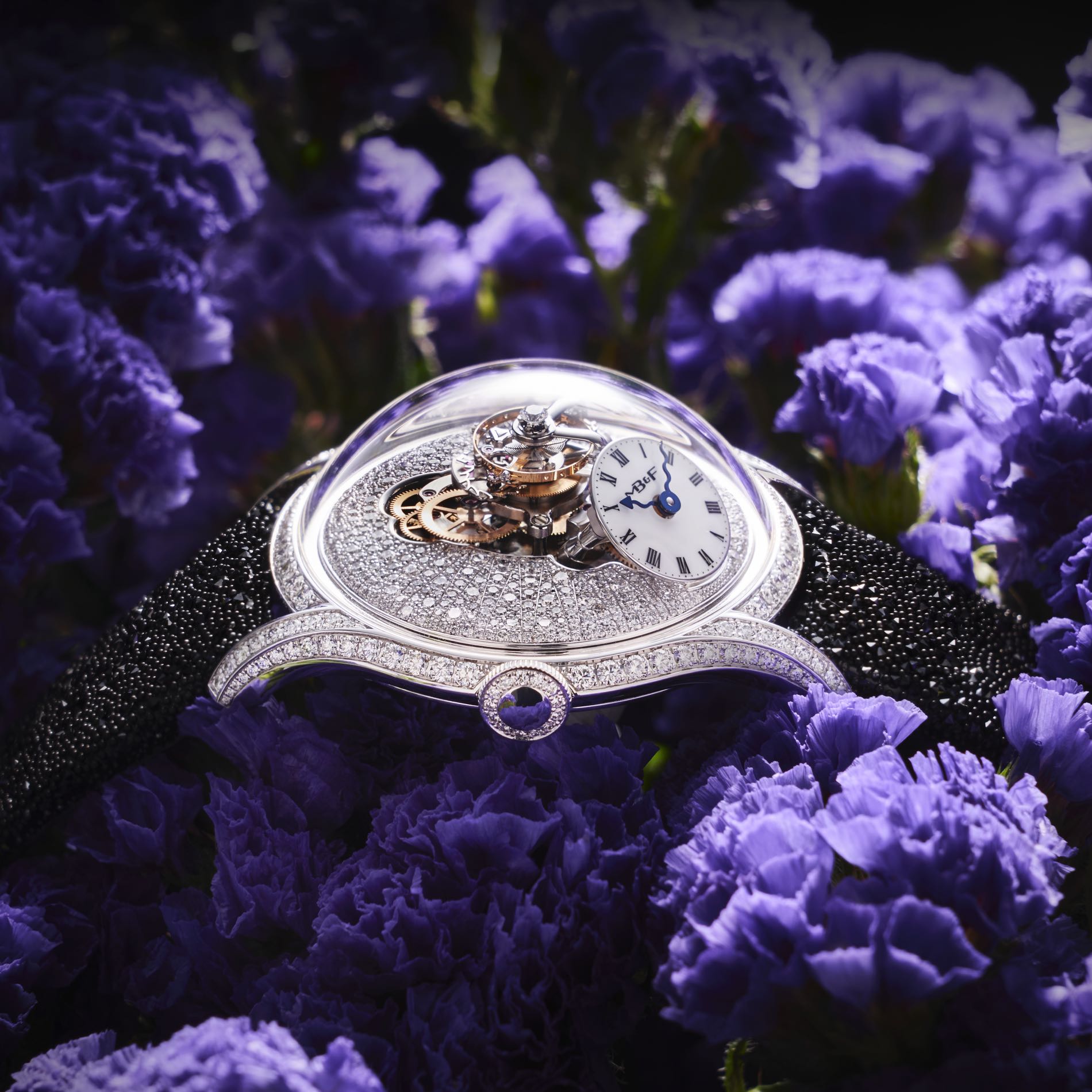 On the FlyingT, a 22 millimetres high sapphire dome houses a vertically stacked movement topped with a flying tourbillon. Büsser explained his aim was to remove all the bridges, keeping only the wheels and escapement, to create a movement that was vertical in architecture.

Affixed to the top of the upper tourbillon cage is a single large diamond that rotates simultaneously with the flying tourbillon. The tourbillon in turn constitutes the apex of a kinetic, dynamic column that stops short of the upmost inside curvature of the dome - a technical feat that can be easily missed without close observation.

"I wanted LM FlyingT to possess the epitome of femininity as reflected by the women in my life, particularly my mother. It had to combine supreme elegance with tremendous vitality."

At the 7 o'clock position is a small dial displaying the hour and minutes. Inclined at 50 degrees, the time can only be read by the wearer as she tilts her wrist. "The time is a gift, only for her," Büsser declares. 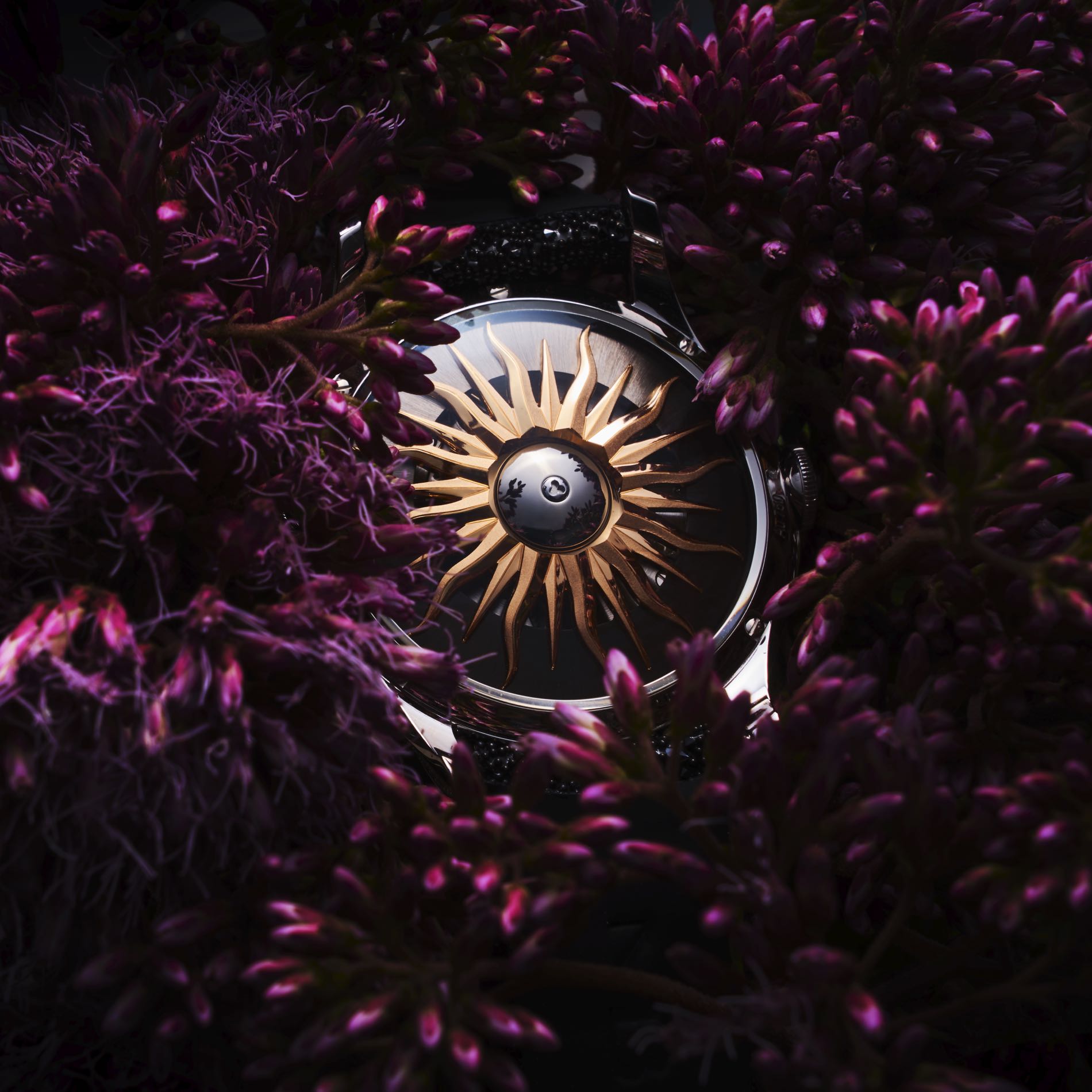 It also boasts a 100-hour power reserve, and the caseback reveals an an 18-karat red gold automatic winding rotor sculpted with like a sun with rays. Büsser reveals poetically, "... there is another layer of meaning coming in from the sun-shaped rotor, which incorporates the element of life-giving, a source of sustenance which we gravitate towards and around."

"The time is a gift, only for her"

The use of diamonds adds a feminine sparkle to the newly-launched timepiece, with 3 unique variations, all of which have a diamond-encrusted case. 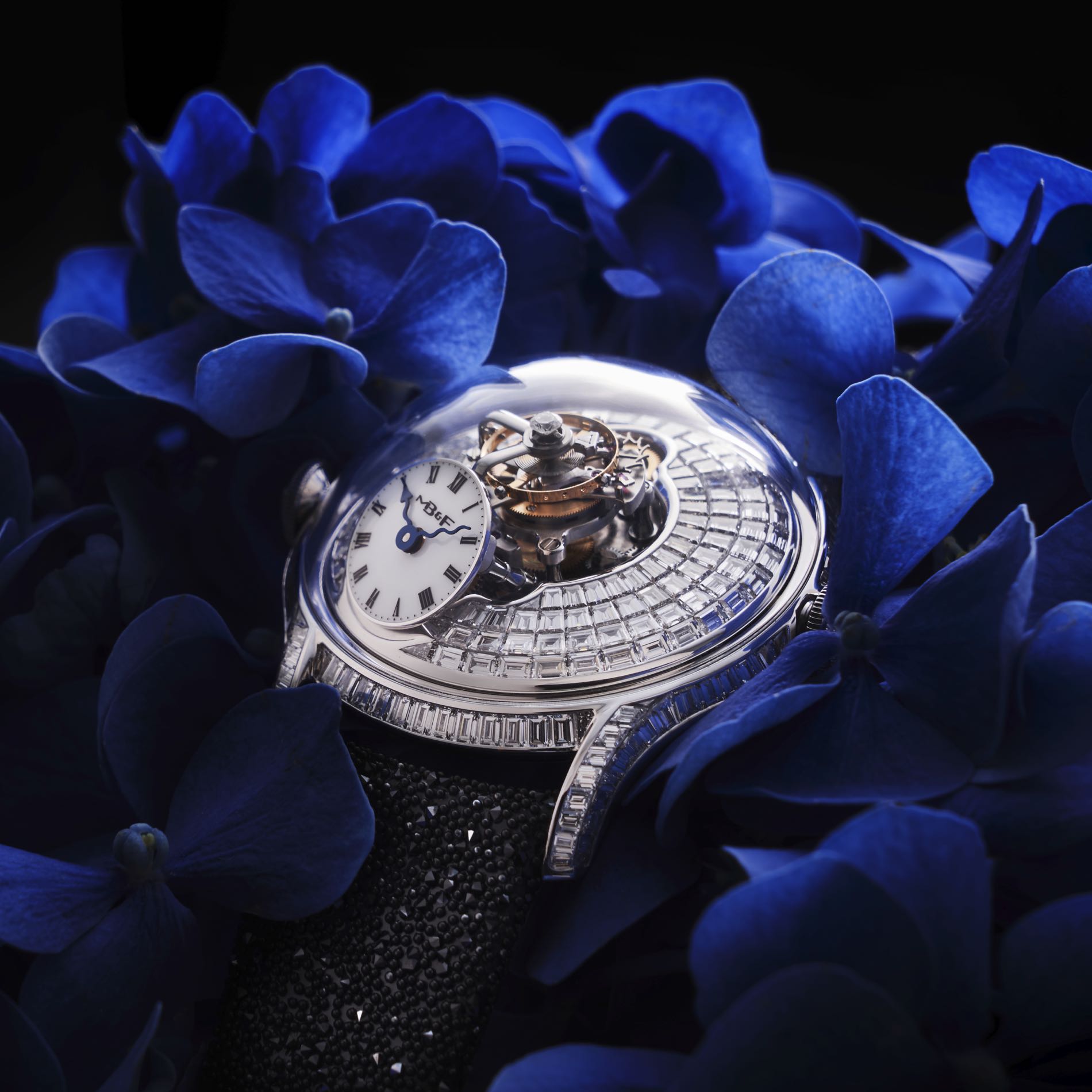 The first comes with a stark black lacquer dial plate, the second is a pavé version featuring 485 stones totaling 2.8 carats on the dial plate. Finally, the third is flourished with baguette-cut diamonds design with a dial boasting 294 stones totaling 11 carats.

"The last thing I wanted to do," Büsser explains "was to take a masculine timepiece, resize it, put a different colour on it and call it a ladies' watch." Indeed, the FlyingT whilst possessing features similar to antecedents like the HM6 series and HM7 Aquapod, has a character of its own.

And whilst it pays tribute to the women in Maximilian Büsser's life, it has no doubt also opened the doors to a whole new ladies audience for the brand.

The Hour Glass is the exclusive retailer of MB&F in Singapore, Malaysia, Thailand and Australia. 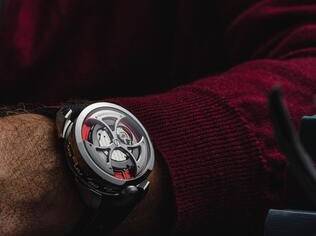