Fashion and Versailles launching today, is a coffee-table book exploring the influence of France's legendary royal residence on fashion, designers and dress codes from the 17th century to the present day.

Published by Flammarion, as part of its "Style & Design" collection, the book is written by journalist and fashion writer Laurence Benaïm, and pays homage to Versailles as a far-reaching source of inspiration for fashion and designers.

The royal residence and its grounds influenced dress codes for centuries, and today remain forever associated with the world of fashion. 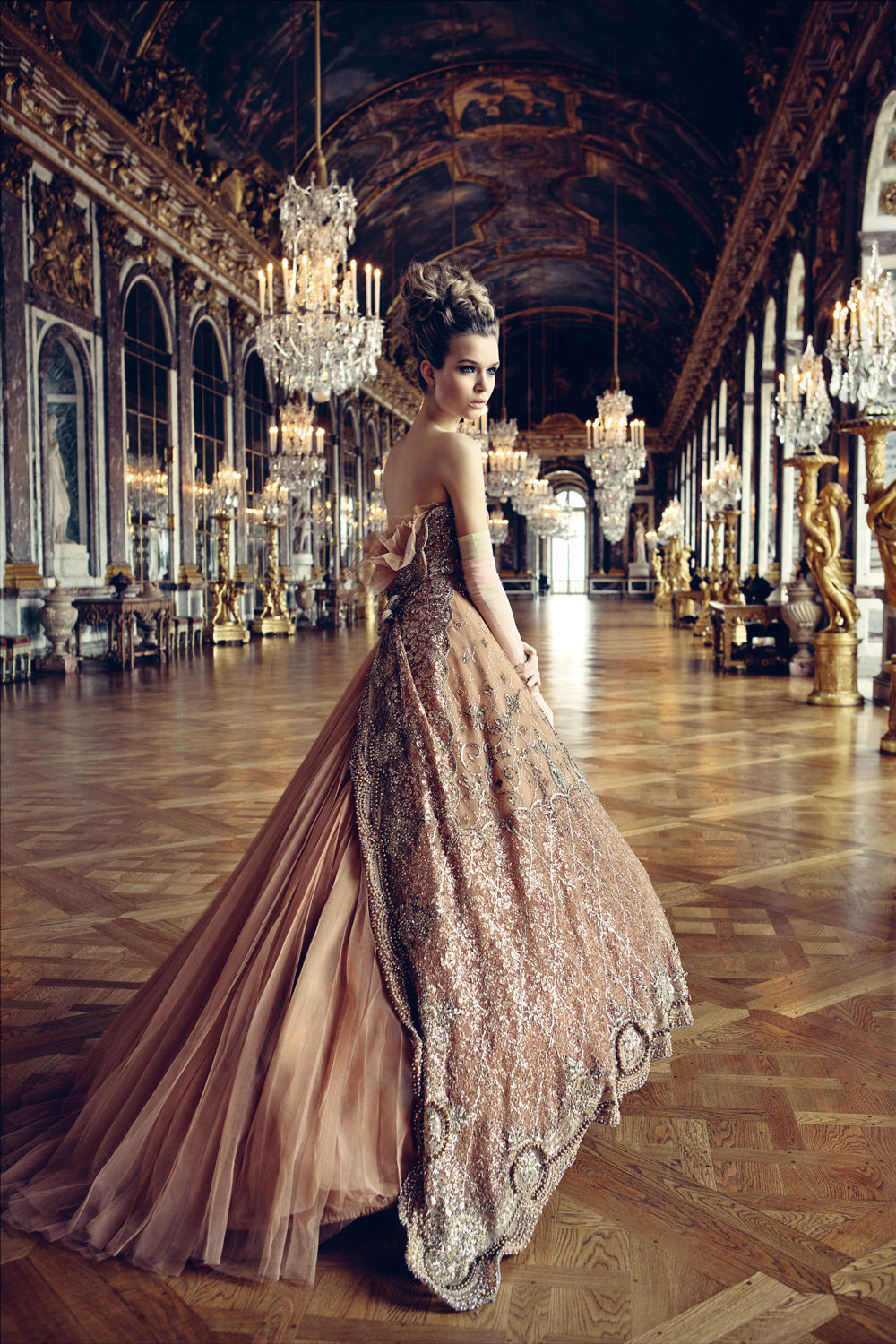 Laurence Benaïm also looks at the impact of Versailles on dress codes, from the Louis XV heel to the wigs of Marie-Antoinette and the pregnancy-camouflaging "innocente" dress of Madame de Montespan.

The text by Laurence Benaïm is accompanied by a multitude of archive photos. There are Christian Lacroix sketches from the 1990s, a shot of Doutzen Kroes wearing a dress from the Christian Dior Fall-Winter 2007/2008 haute couture collection by John Galliano, a Karl Lagerfeld sketch, and photos of pieces from Nicolas Ghesquière's most recent collection for Louis Vuitton.

The book is prefaced by Catherine Pégard, president of the public establishment of the Palace, Museum and National Estate of Versailles.