Each year, millions of pilgrims flock to the Al-Masjid an-Nabawī mosque in Medina, Saudi Arabia.

In recent years, the traditional time of pilgrimage has been in the cooler fall and winter months. However, this timeframe is changing gradually, with the lunar calendar indicating that the time of pilgrimage is returning to the extremely hot summer months, making a sunshade absolutely essential. 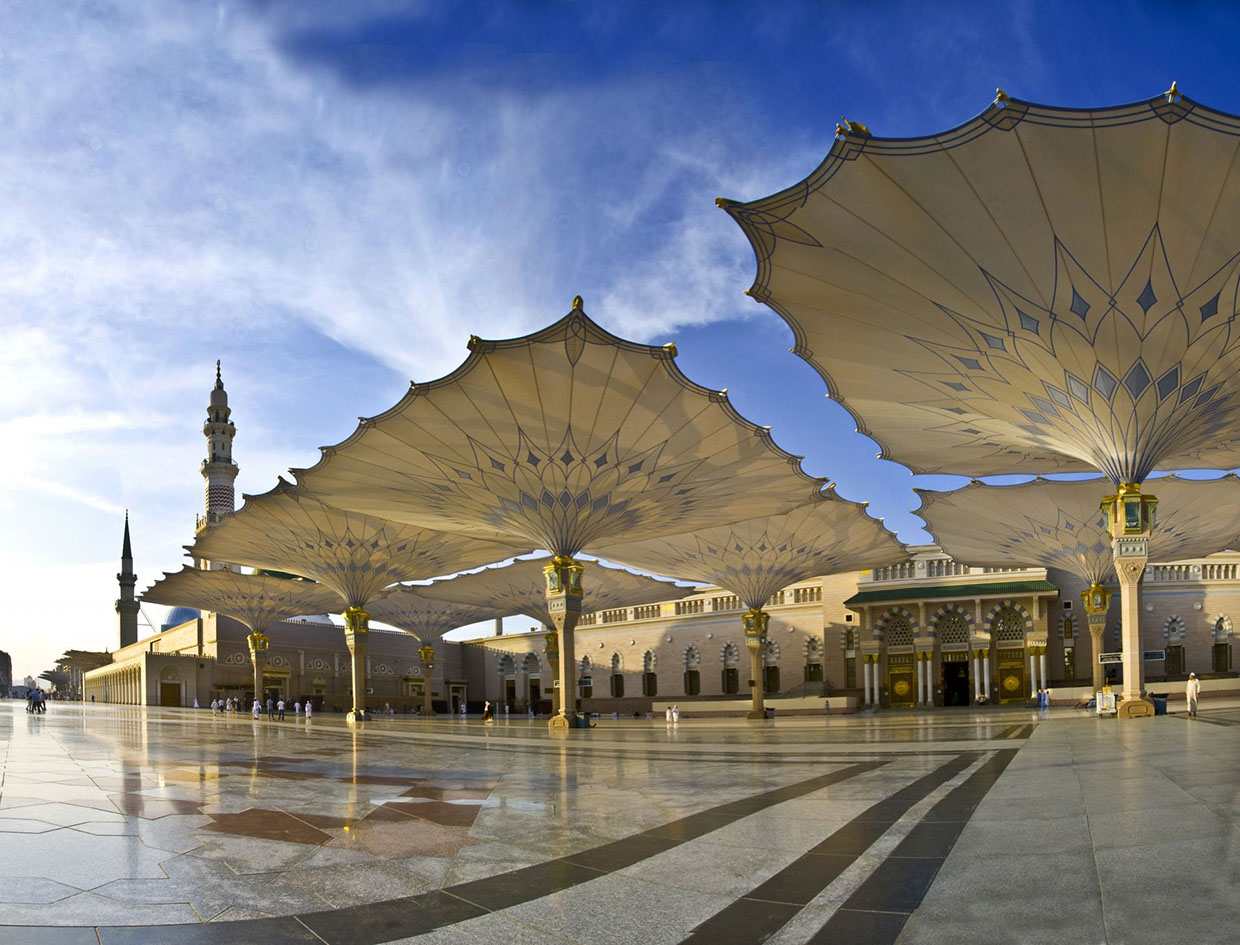 The Saudi Binladin Group contracted the architectonic planning of the Medina Haram Piazza project to SL-Rasch GmbH in Leinfelden-Echter-dingen based in Germany.

It was clear from the beginning that only PTFE fabric developed by Sefar based in Switzerland, would be able to meet the exceptional situational demands. In addition to UV-stability, the material had to have an extremely high tensile strength owing to wind load, maximum flexibility, colorfastness, fire resistance, as well as effective shading and appropriate light transmission. 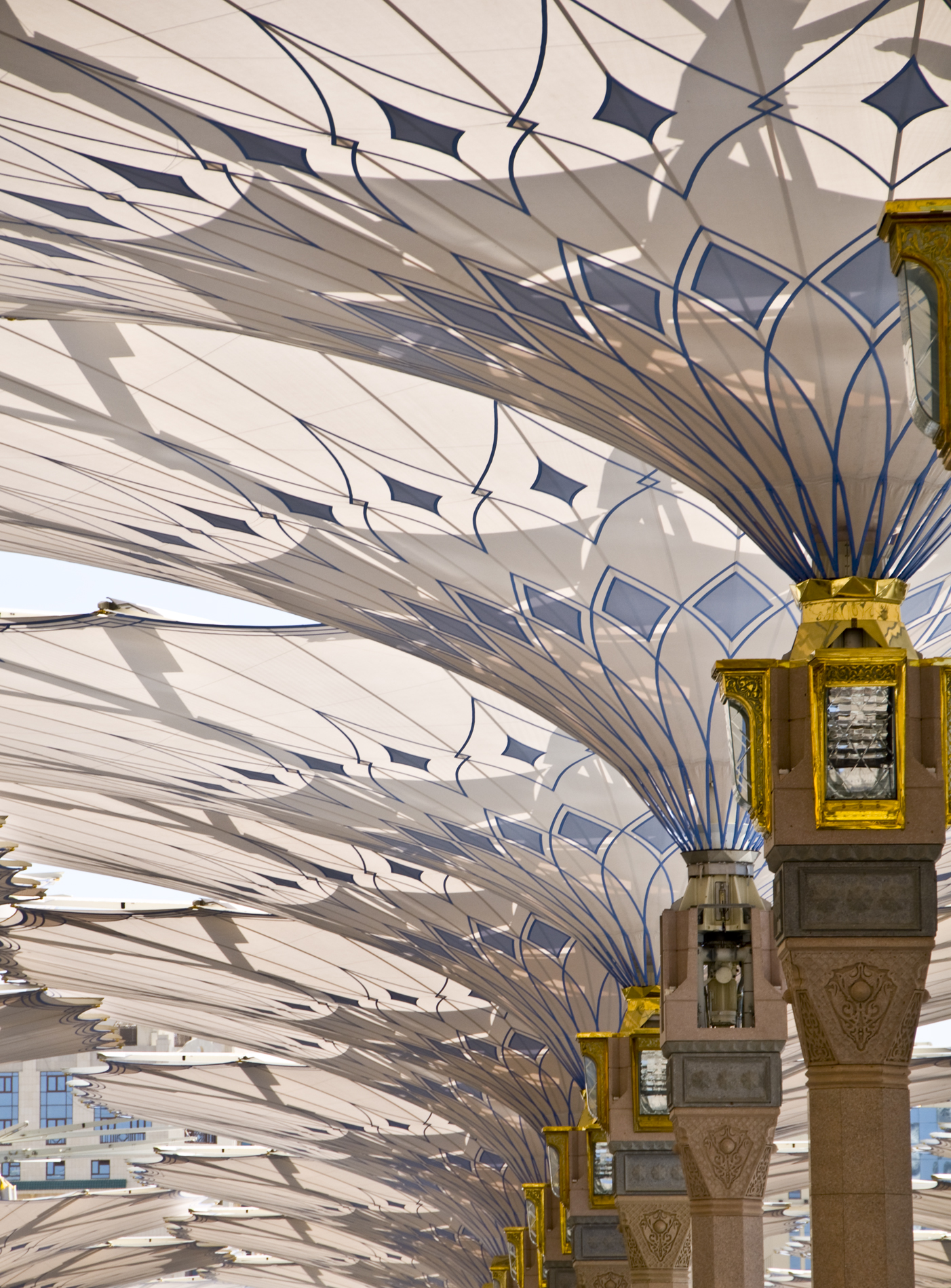 The extra tough PTFE fabric especially for this huge project could not remain pure white owing to the intensity of the light since the strong transmission would have blinded people beneath the sunshade.

For this reason, a sand-colored fabric was chosen. 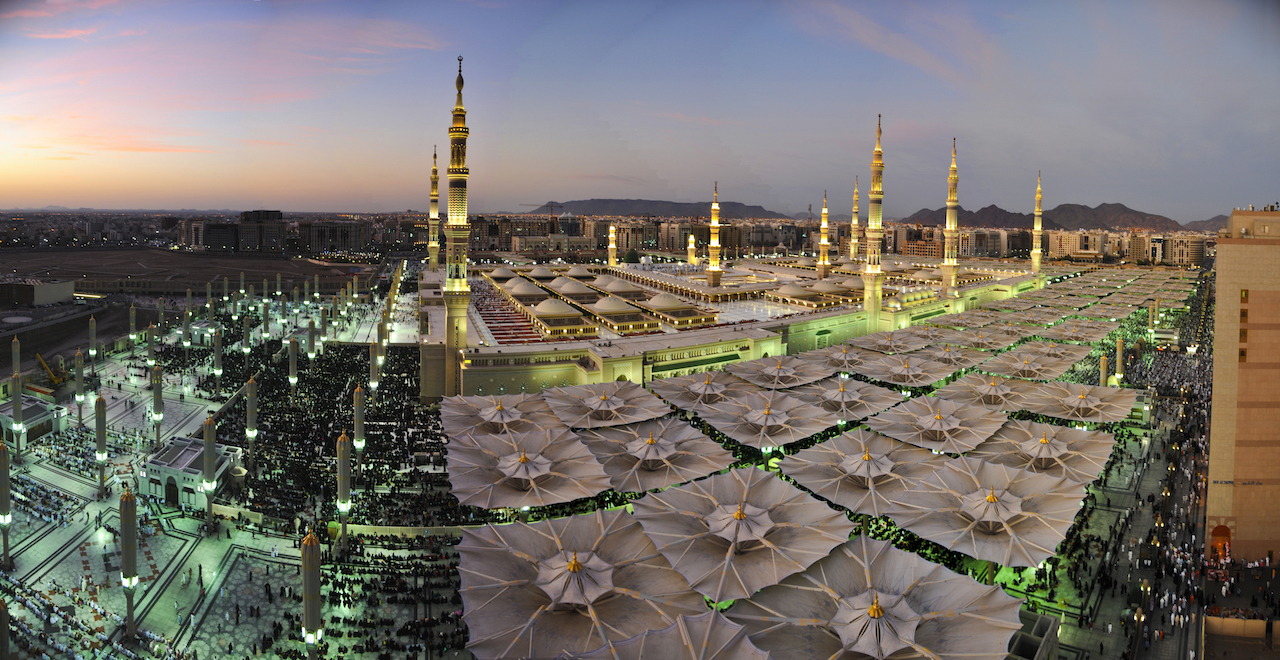 In addition, oriental patterns made from blue PTFE-ribbons should be applied to the underside of the umbrella. With careful adjustment of the weaving machine, the consistent quality of the giant fabric surface was also guaranteed. 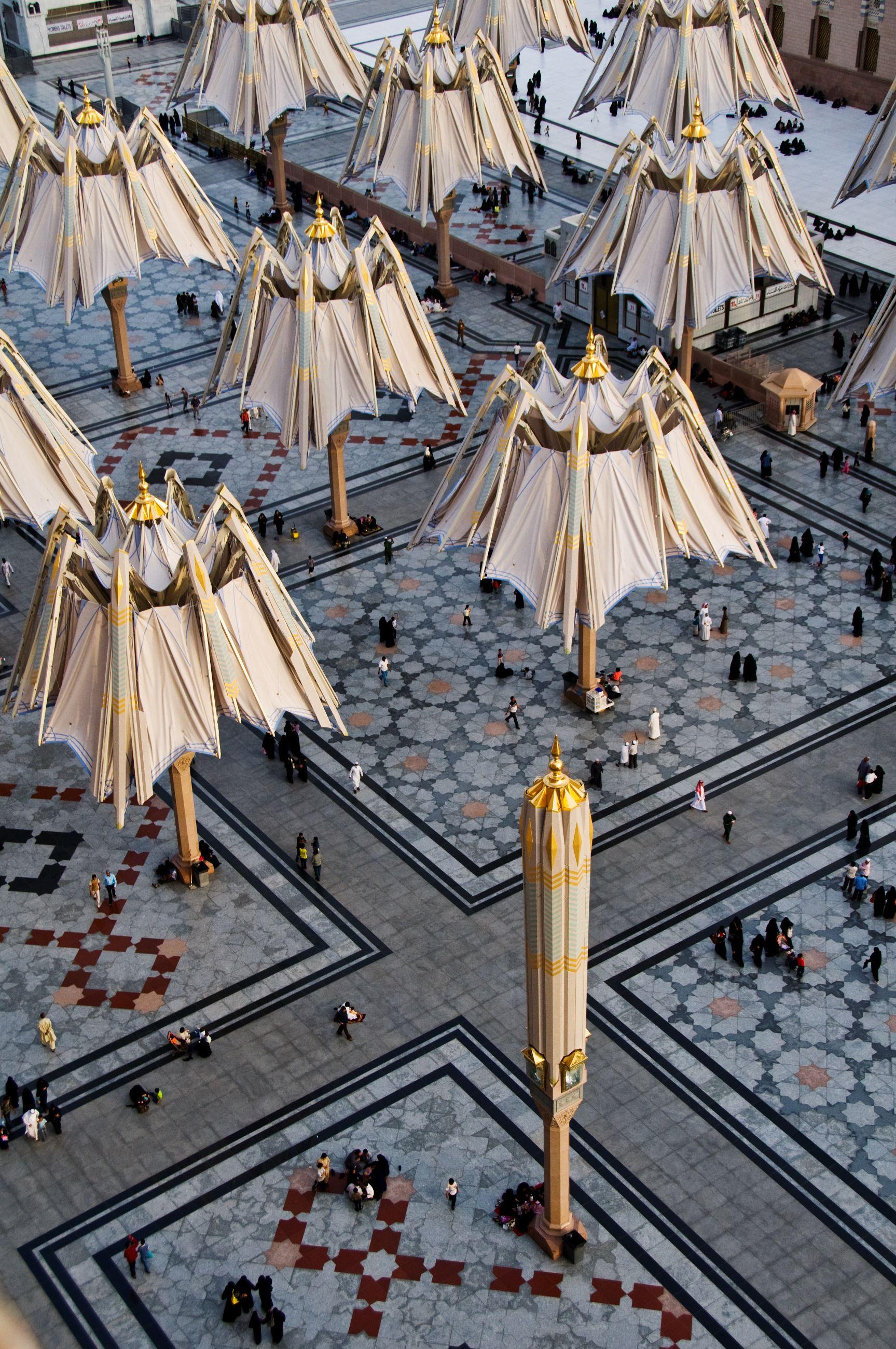 These umbrellas work together to form a shaded area of 143,000 m2 – greater than the floor area of the mosque itself. When closed, each umbrella – including its working parts – is encased in a narrow, elegant column.

The opening and closing procedure only takes three minutes.

With these impressive giant umbrellas, the ambient temperate within the cast of its shade is reduced by at least 8°C. Impressive!