Guns N' Roses is set to bring its Not in this Lifetime tour to Asia this November. The legendary rock band announced the dates on Facebook this past weekend, listing the five locations in Asia where it will perform.

The Not in This Lifetime tour has already racked one of the highest-grossing tours of all time, and is set to drop in Jakarta on 8 Nov, Manila on 11 Nov, Kuala Lumpur on 14 Nov, Taipei on 17 Nov and finally, Hong Kong on 20 and 21 Nov. The tour has played to sold out stadiums around the world with Rolling Stone dubbing it "a triumphant return of one of the most important bands in rock music history." LA WEEKLY notes it is "everything fans could hope for" while The Washington Times says the show delivers a set of "inspired surprises"

The band then follows on to Abu Dhabi, performing on 25 Nov. 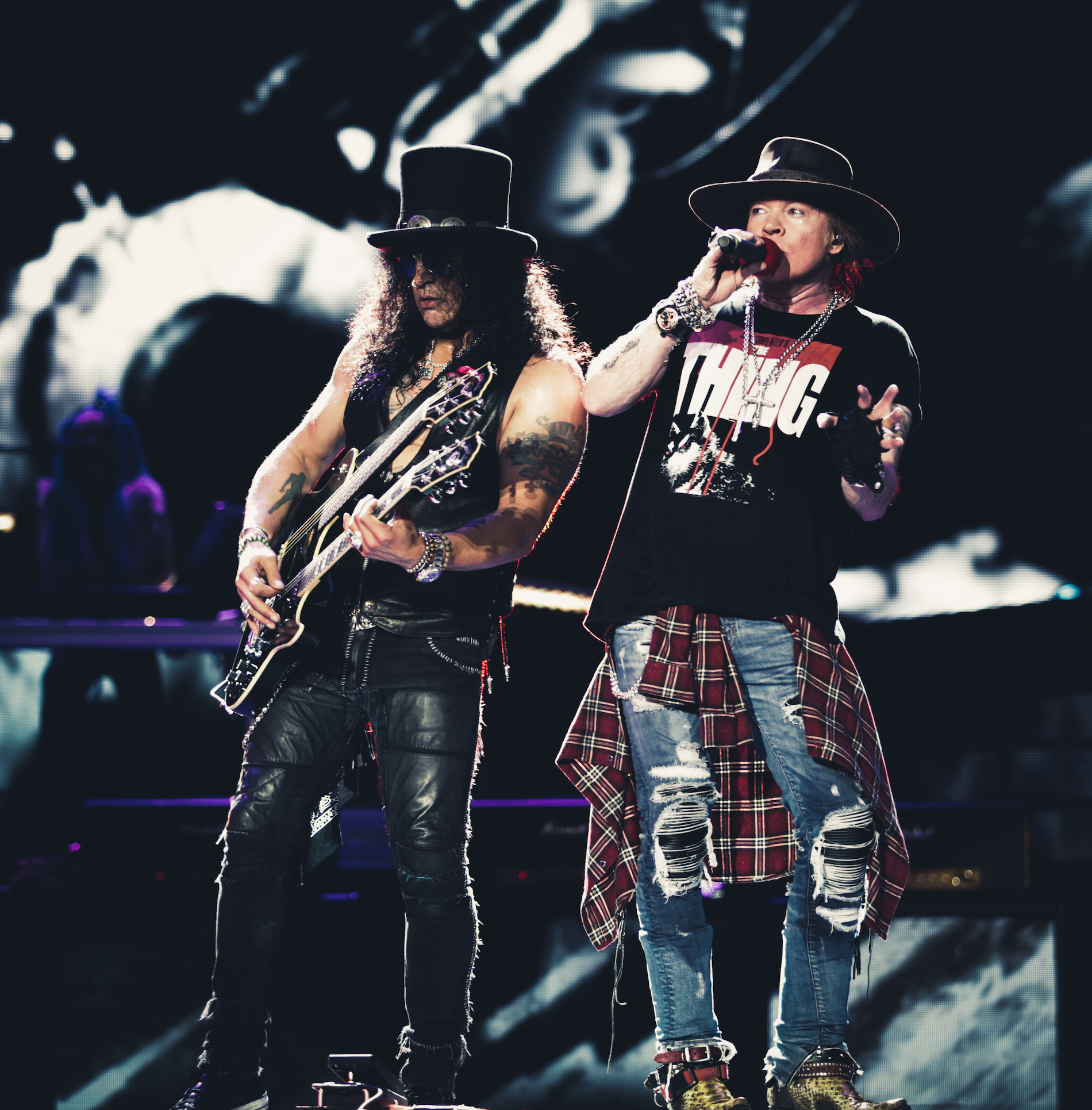 Following the group's 1985 formation, Guns N' Roses injected unbridled, unrivalled, and unstoppable attitude into the rock scene. The spirit went on to captivate the entire world with the release of their 1987 debut Appetite for Destruction – the best-selling U.S. debut ever, moving 30 million copies globally. In 1991, the seven-time platinum Use Your Illusion I and Use Your Illusion II occupied the top two spots of the Billboard Top 200 upon release.

Over the course of the past decade, Guns N' Roses have performed sold out shows and headlined festivals worldwide following the critically acclaimed release of 2008's RIAA platinum-certified Chinese Democracy. Six studio albums later, Guns N' Roses is one of the most important and influential acts in music history and continue to set the benchmark for live performances connecting with millions of fans across the globe.

The Asia tour marks the first time the line-up of Axl Rose, Slash and Duff McKagan will be on stage together in Malaysia. The band previously entertained during after-race party in Sepang in 2013, while Slash had performed in KL solo previously. Concert organisers Galaxy Group confirmed that the Kuala Lumpur concert will be held at 8pm, 14 November at Surf Beach, Sunway Lagoon, Petaling Jaya.

Slash and McKagen rejoined the band in 2016, the first time they are playing together with Rose since the 1993 Use Your Illusion Tour. The rest of the band includes Dizzy Reed (keyboard), Richard Fortus (rhythm guitar), Frank Ferrer (drums), and Melissa Reese (keyboard). 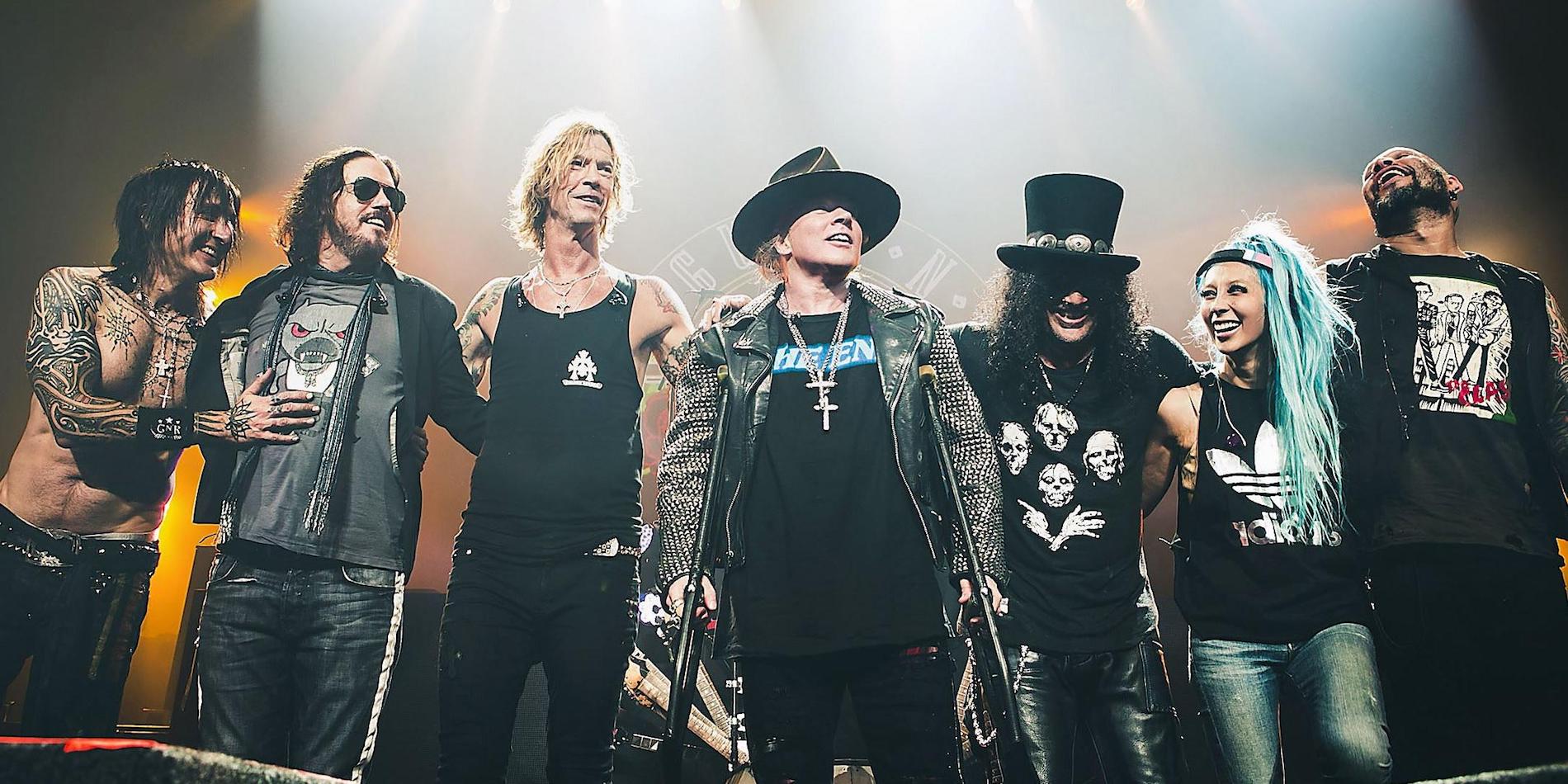 Guns N' Roses also recently announced a massive reissue of their blockbuster 1987 debut, Appetite for Destruction, featuring dozens of previously unreleased bonus tracks. The reissue is set to arrive in four different packages, and will be available June 29 via Universal Music Group.