Ahead of the upcoming Roland Garros, Richard Mille and Rafa Nadal, the greatest clay court player in tennis history, is celebrating 10 years of their partnership together.

The Spanish tennis player has won a record twelve French Opens, contributing to a total of 19 Grand Slam singles titles, the second-most in history for a male player. An unstoppable force with the unforgiving topspin groundstrokes and never give up attitude, Nadal has won at least one Grand Slam every year for a record ten consecutive years (2005–2014).

He has 85 career titles under his belt, including the most outdoor titles in the Open Era (83) and a record 59 titles on clay. He also holds the record for 81 consecutive wins on clay, the longest single-surface win streak in the Open Era. 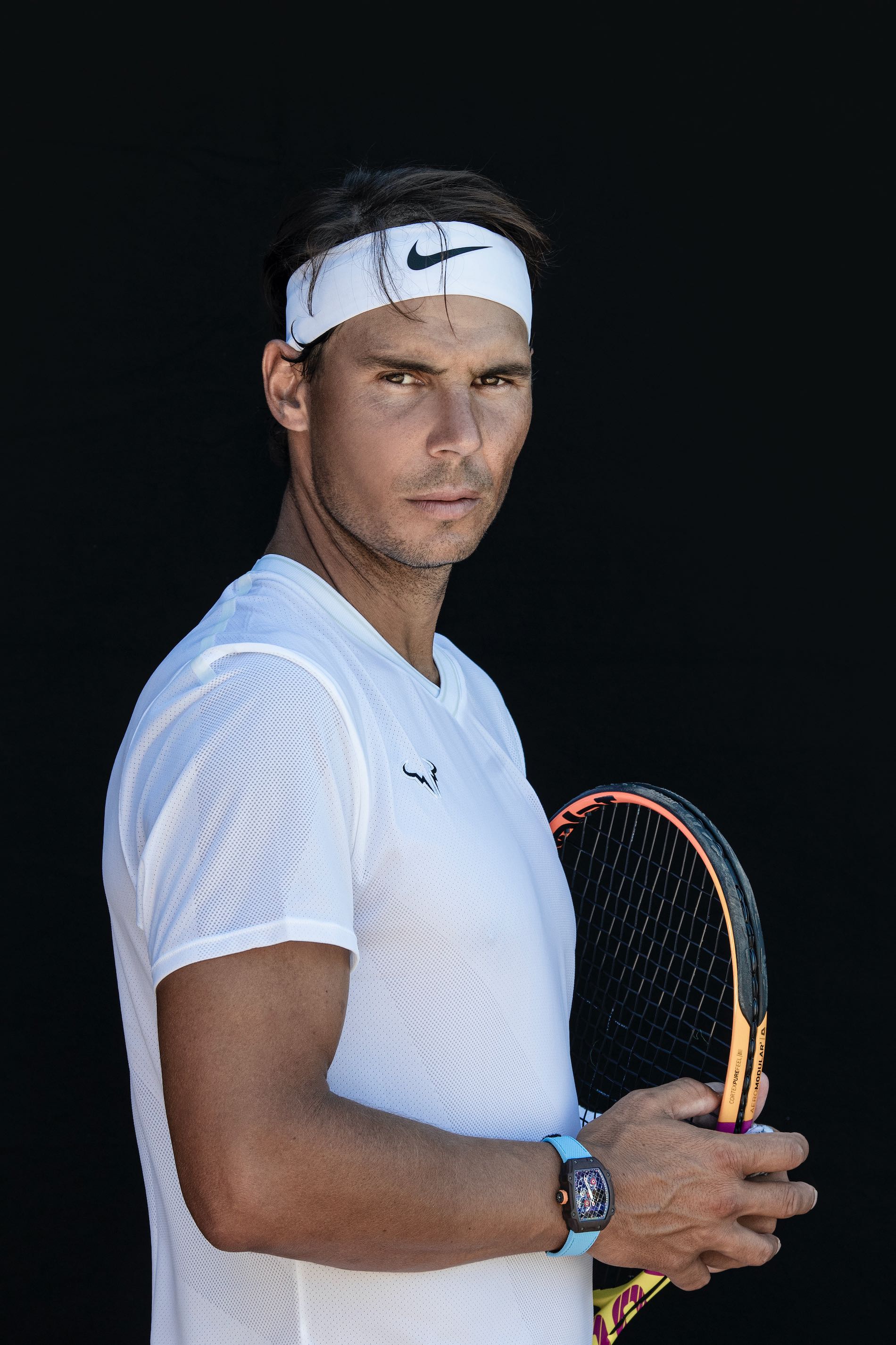 Keen followers of the game will have noticed that the King of Clay wears a watch on his wrist during the game, an unusual sight. Through the past decade, Richard Mille had marketed itself as a high-end timepiece that is lightweight to the point of almost negligible, and can withstand the rigours of professional sports, starting from the high impact action in tennis, and to polo, Formula One racing, and more.

For the 10th anniversary of this landmark collaboration, Richard Mille has unveiled the RM27-04, weighing 30 grams including the strap. Its tourbillon calibre, which is suspended within the case, can resist accelerations of more than 12,000 g's, a record for the company. 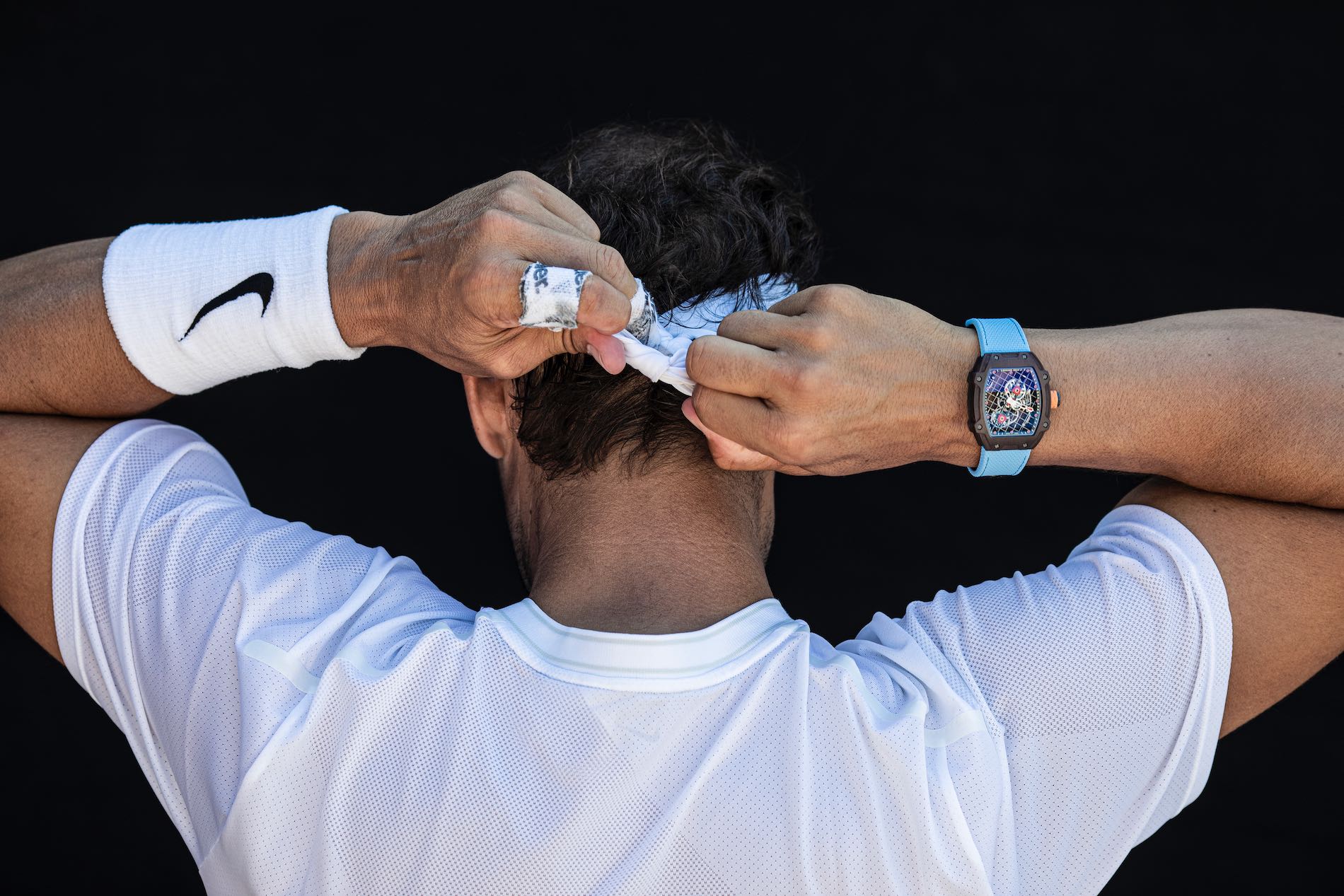 The movement is entirely supported by a micro-blasted mesh just 855 square millimetres in surface, comprised of a single cable in braided steel measuring 0.27mm in diameter, and held in place by two tensioners in PVD-treated 5N gold. This construction is unprecedented in the world of watchmaking.

Inspired by the same principle as the strings of a tennis racquet, the watchmaker anchors the steel cable to a tensioner positioned at 5 o'clock and then begins to create the mesh, tying each of the main strings before adding the cross strings. Weaving above and below the main strings, the cable passes 38 times through the hollow bezel in grade 5 titanium before finishing in a tensioner positioned at 10 o'clock.

The movement is positioned diagonally, connected to the mesh by five grade 5 polished titanium hooks with 5N gold PVD coating that extend from the back of the baseplate. 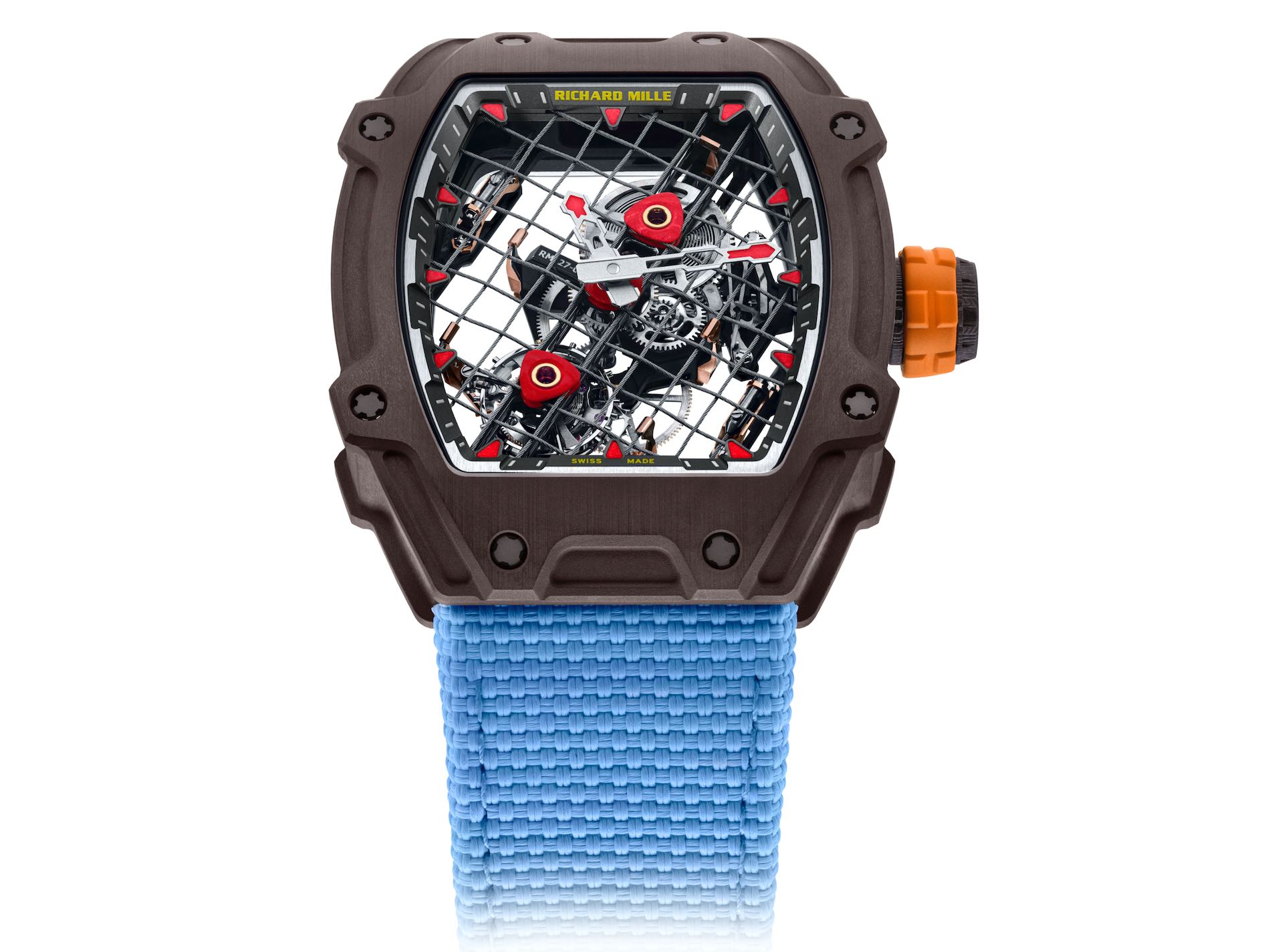 The case, with its sandblasted and polished surfaces, is also innovative in its use of an exclusive material, TitaCarb®. This high-performance polyamide has been strengthened with a 38.5% carbon fibre content. This addition of carbon gives TitaCarb® exceptional tensile strength — 370 MPa (3,700 kg/cm2) — making it one of the most resistant polymers in the world. 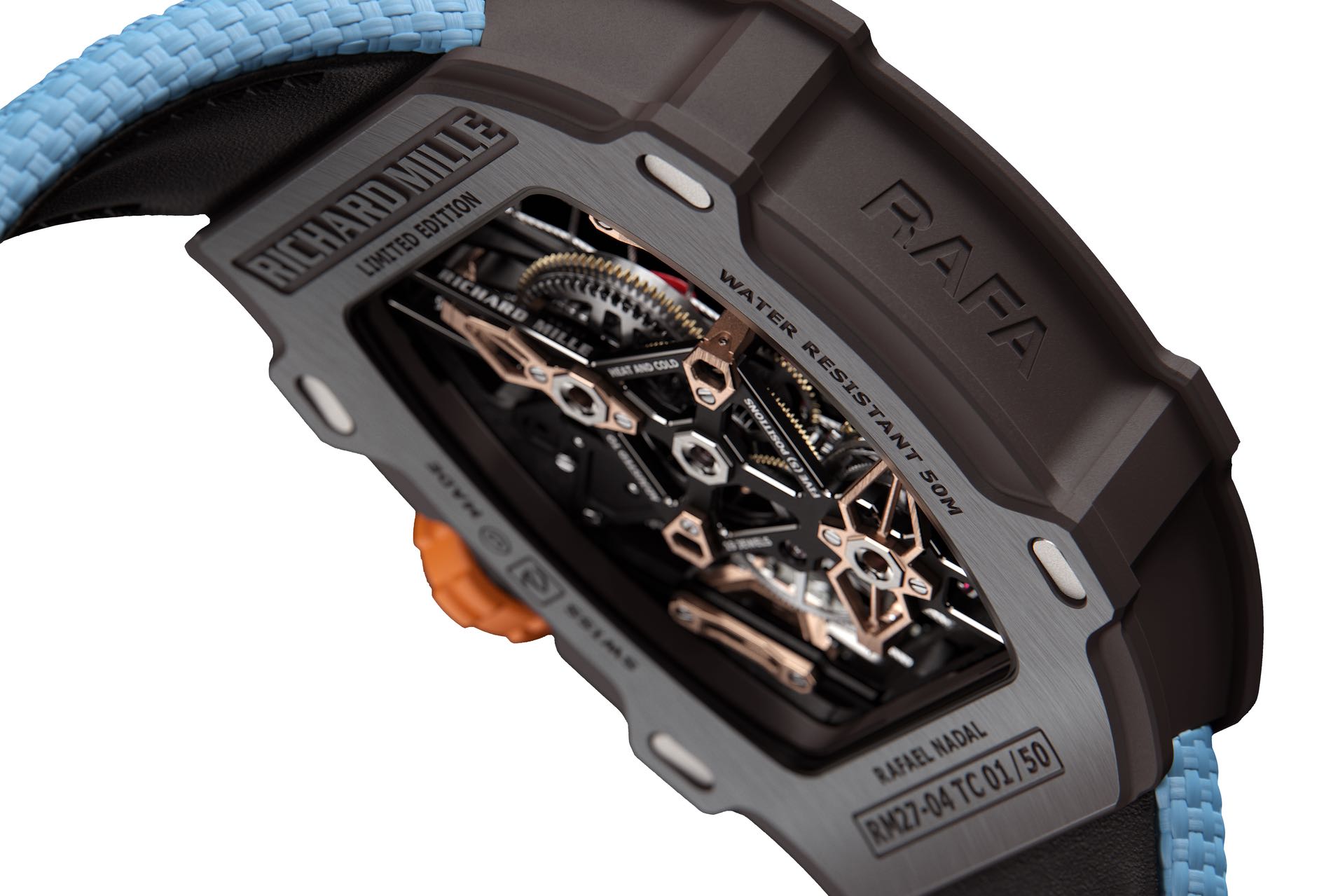 The RM 27-04 is released as a limited edition of 50 pieces. The caseback is engraved with "RAFAEL NADAL" as well as the edition number XX/50. "RAFA" is engraved on the case flank opposite the crown side. Retail is US$1,050,000. 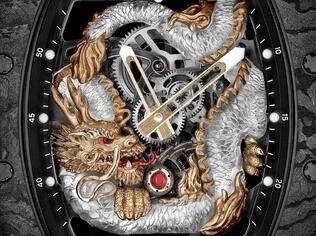 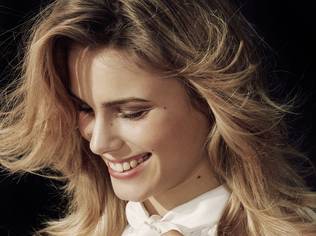 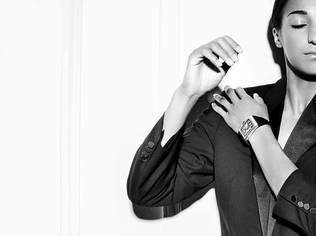 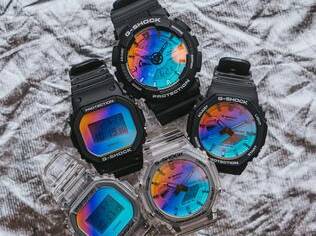