The vision of Marina Bay Sands

SINGAPORE Marina Bay Sands is set to become a premier entertainment destination with its vibrant diversity of attractions and facilities. The vision is to build an integrated development that is timeless, a landmark that possesses a distinct identity which will distinguish Singapore from other cities.

"Las Vegas Sands Corporation is excited and ready to join Singapore on a historic journey. As a catalyst for the economic future of Singapore and a launch pad for its tourism industry, Marina Bay Sands will help Singapore solidify its standing among the world’s greatest destinations.” - Sheldon G. Adelson, Chairman and CEO, Las Vegas Sands Corp.

Business visitors will also enjoy the extensive Meetings, Incentives, Conventions and Exhibitions (MICE) facilities featuring state-of-the-art technology, highly flexible exhibition halls, and a convention centre that can host over 45,000 delegates. Marina Bay Sands™ seamlessly combines business and leisure into a singular destination unlike any other.

Marina Bay Sands to Open on April 27, 2010
Las Vegas Sands Corp. announced that it plans to open the first phase of its $5.5 billion Marina Bay Sands development on April 27, 2010. Arguably one of the world's most challenging construction projects and certainly the most expensive stand-alone integrated resort property ever built, Marina Bay Sands will immediately go to work by hosting its first event, the Inter-Pacific Bar Association's annual conference, just days after opening its doors.

"Nearly four years ago, we embarked on a journey we believed would define the future of our company and at the same time change the face of tourism in Singapore and the South Asian region for decades to come. Now, as we approach the opening of Marina Bay Sands --one of the most remarkable leisure and business destinations ever created - it seems both of those ambitions are about to come true," said Las Vegas Sands Chairman and Chief Executive Officer Sheldon G. Adelson.

"Despite the challenging, and at times unprecedented economic conditions companies like ours recently faced, our dedication to completing this development never wavered, not even for a second. That determination defines this company as much as our ability to create and develop masterpieces such as Marina Bay Sands. We have no doubt the property will be a tremendous success, but how we got to this point will be every bit as important to the future prospects of our company," said Mr. Adelson.

Marina Bay Sands Chief Executive Officer Thomas Arasi said the property is planning for 963 hotel rooms, part of the shopping mall and convention center, celebrity chef restaurants along with other dining outlets and the casino to open on April 27 subject to construction proceeding as scheduled and being able to attain the necessary regulatory approvals.

The second phase, which includes the Sands SkyPark(TM), the Event Plaza along Marina Bay, more shops from the world's leading retailers, additional dining options, and exciting nightlife offerings, will open on June 23 as part of the property's grand opening celebration, Mr. Arasi said. In October, one of the property's two state-of-the-art theatres will welcome Disney's The Lion King. The second theatre, which will also open later this year, will be home to a variety of special events and famous headline acts. The iconic Marina Bay Sands museum, expected to open by December, will not only feature international blockbuster exhibitions, but it will also serve --with its unique lotus-inspired design --as a symbolic welcome to guests from around the globe.

"We are intently focused on meeting our construction timeline and preparing our team for opening and operating this extraordinary destination. We extend our gratitude to the people and government of Singapore for their steadfast support. We are confident Marina Bay Sands will make Singaporeans proud and that it will have visitors from all parts of the world traveling to Singapore to see it themselves."

"While the opening of Marina Bay Sands is exciting on many fronts, the introduction of our first development in South Asia also represents an important geographical milestone for Las Vegas Sands. The launch of Marina Bay Sands, in combination with our significant presence in the growing Macau market, positions us to realize substantial long-term financial benefits through our proximity to many of the world's fastest growing economies, both in North and South Asia. It will also make us less dependent on our operations in locations where the economy is still working to recover," said Michael Leven, the company's president and chief operating officer. "Singapore also provides another platform to demonstrate our position as the leading innovator of these large-scale, economy-changing business and tourism developments --a role which puts us in a superior position to pursue and secure future growth opportunities globally."

For more information, go to //www.marinabaysands.com/

Sands SkyPark to Redefine Singapore Skyline With the Sands SkyPark, Singapore will take centre stage and rank among the world’s greatest skylines and tourism destinations.

Articles from From Our Partners 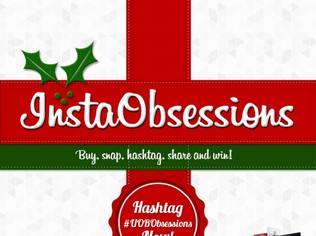