Ahead of Rihanna's upcoming Fenty x Puma by Rihanna Fall/Winter 2017/18 collection at Paris Fashion Week - her third since she was announced as the creative director of the label's fashion sportswear in December 2014 - the pop diva has revealed the Spring/Summer 2017 footwear designs that will be released next week. 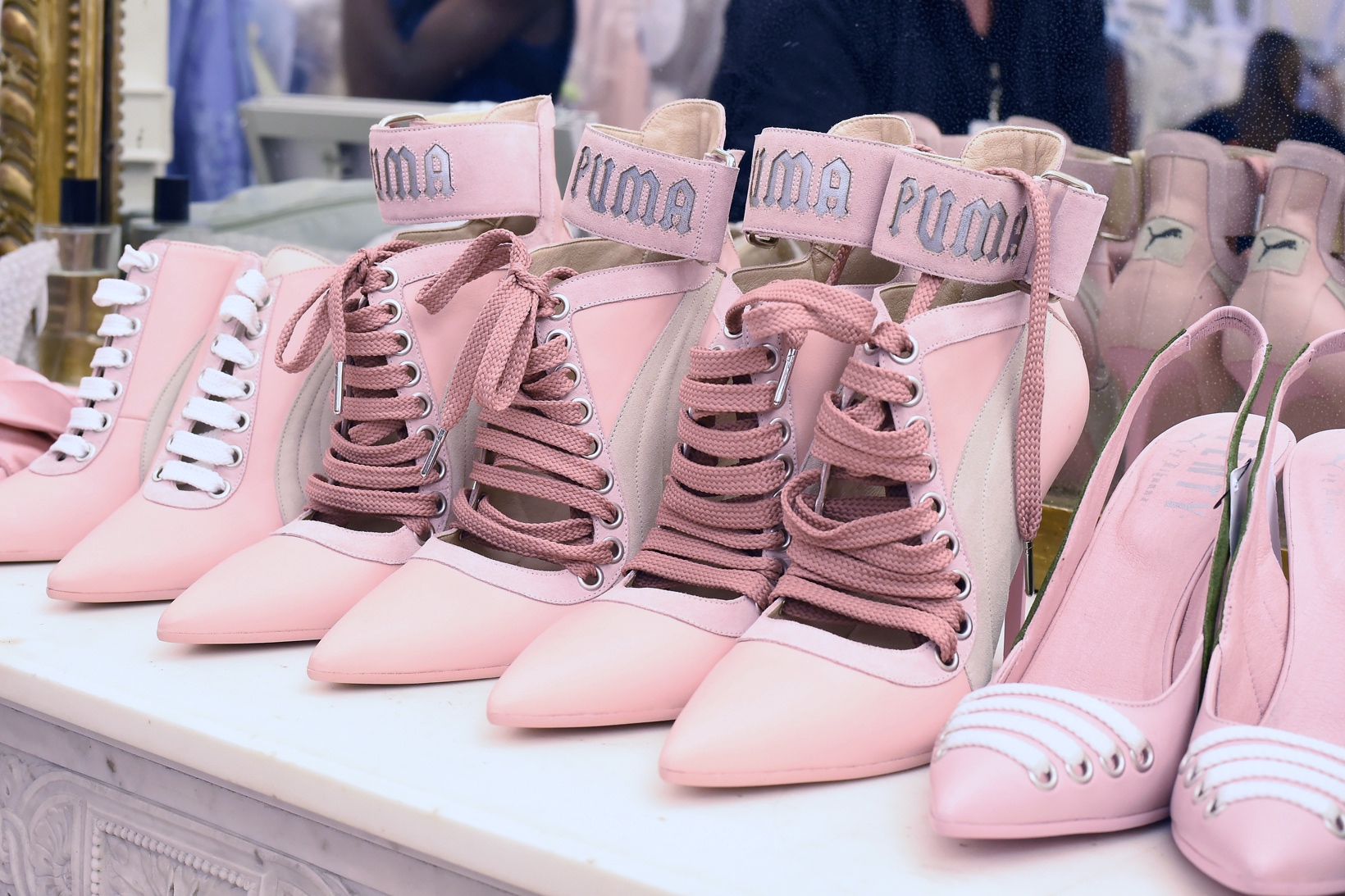 The shoes first hit the runway in September last year, which included a variation on her popular slide: Instead of a faux-fur upper, it’s now done in a satin upper with a bow knot detail and will be offered in olive and blush.

The rest of the footwear in the collection, which is described as "18th century French neo-classical meets modern sporty," is also done in these blush (pastel pink), lavender and olive hues. 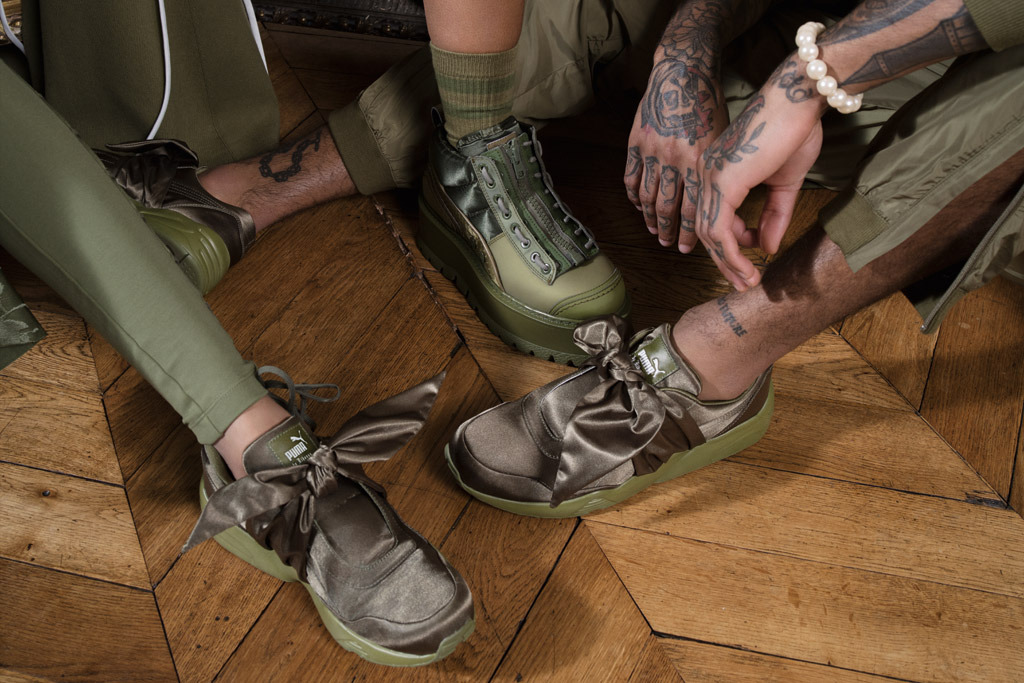 "It is as if Marie Antoinette went to the gym!" Rihanna said in a release.

"I'm very thrilled to finally see the collection out there. It was such a fun and rewarding experience to create the collection and seeing it come alive on the runway and in our campaign. Now I can't wait for everyone to wear it their own way, mix and match and represent their Fenty x Puma favorites in their everyday style." 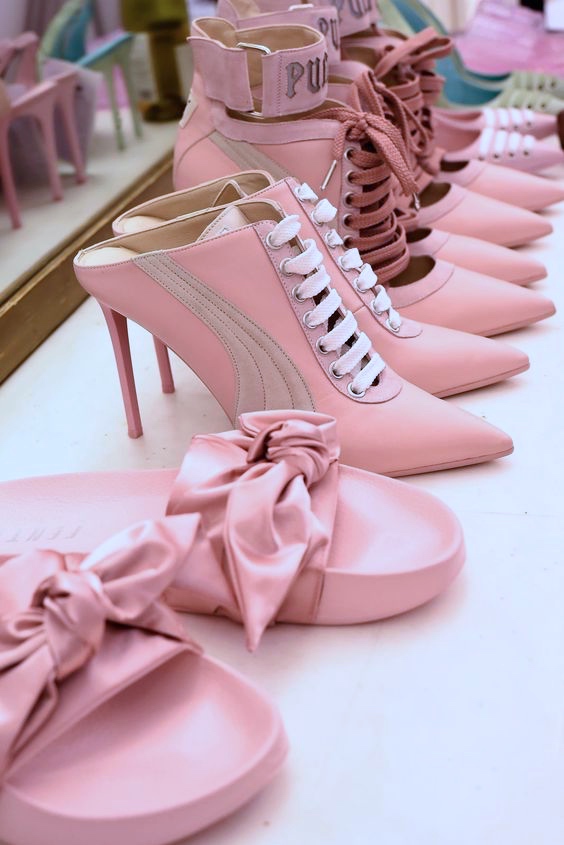 Some of the highlights include a lace-up heeled boot in blush leather with Puma's signature formstripe on the side, as well as ;a sneaker with a satin bow detail, and finally a sneaker-boot-platform hybrid. 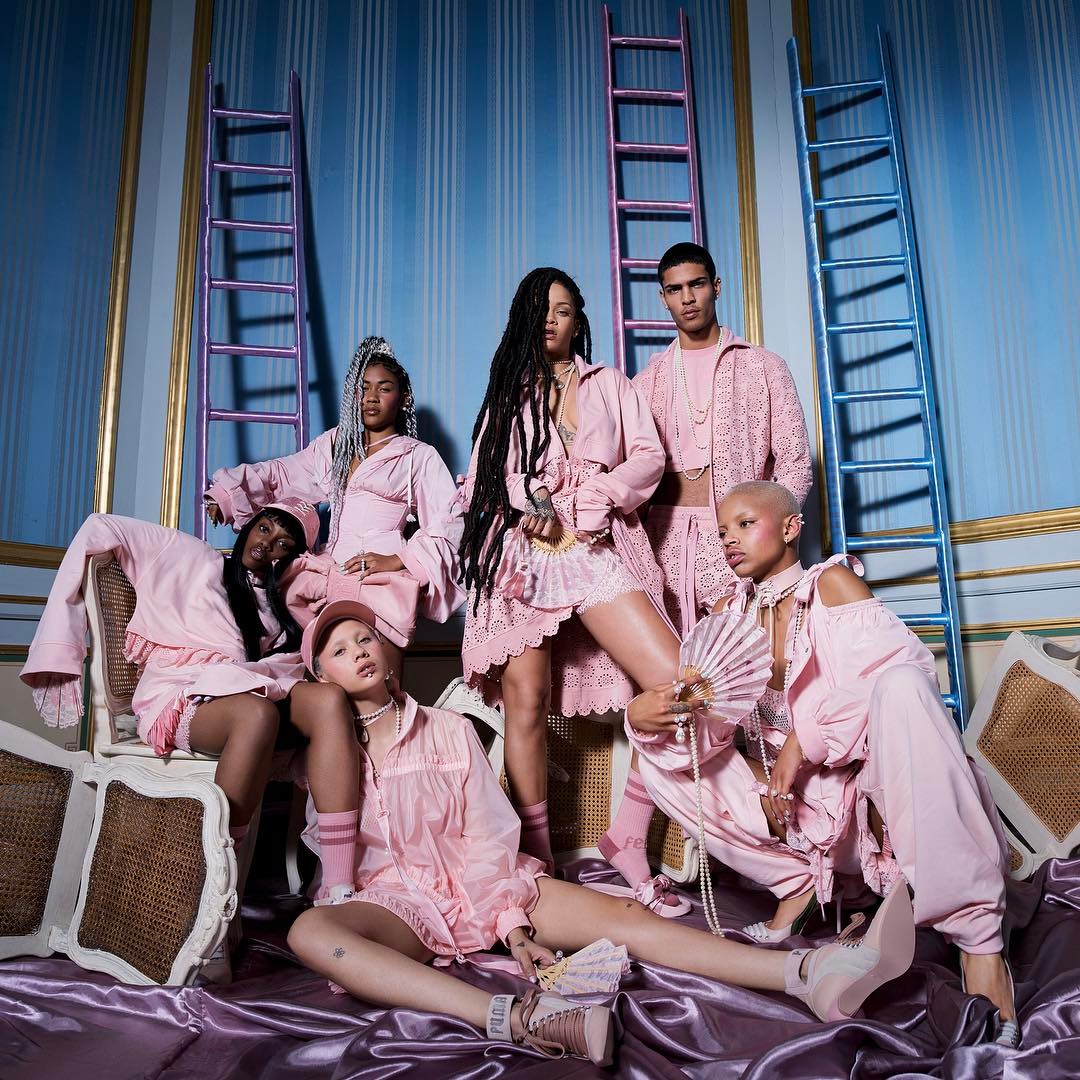 The Barbados-singer teased on Instagram that the collection will be available worldwide on March 9, with more releases expected through June. 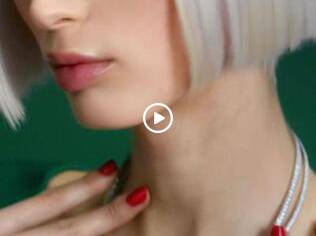 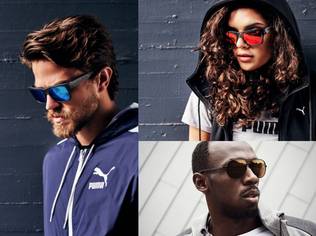 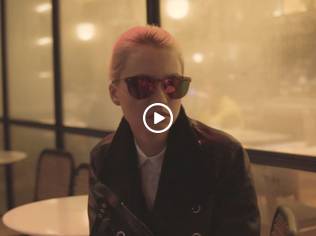