Jenson Button and Lewis Hamilton were seen on qualifying day in Shanghai wearing all-red overalls that resembled the ones also worn by the similarly Santander-sponsored Fernando Alonso and Felipe Massa.

It turns out the British team, whose Hamilton raced in Malaysia two weeks ago with a tiger pattern on the back of his standard grey suit, is marking the 30-year anniversary of its tie-up with sponsor Hugo Boss.

McLaren confirmed that the black dragon on the rear of the Shanghai-spec red overalls is there because “in the Chinese culture red symbolises good fortune and joy and the dragon is also a symbol of strength and good luck”.

There will reportedly be a different overall design for every qualifying day in 2011. 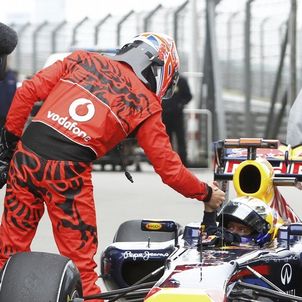 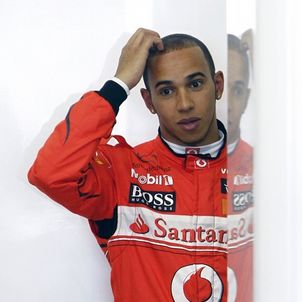 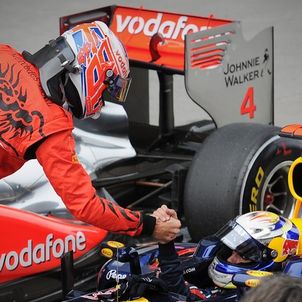 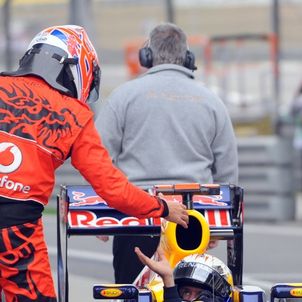